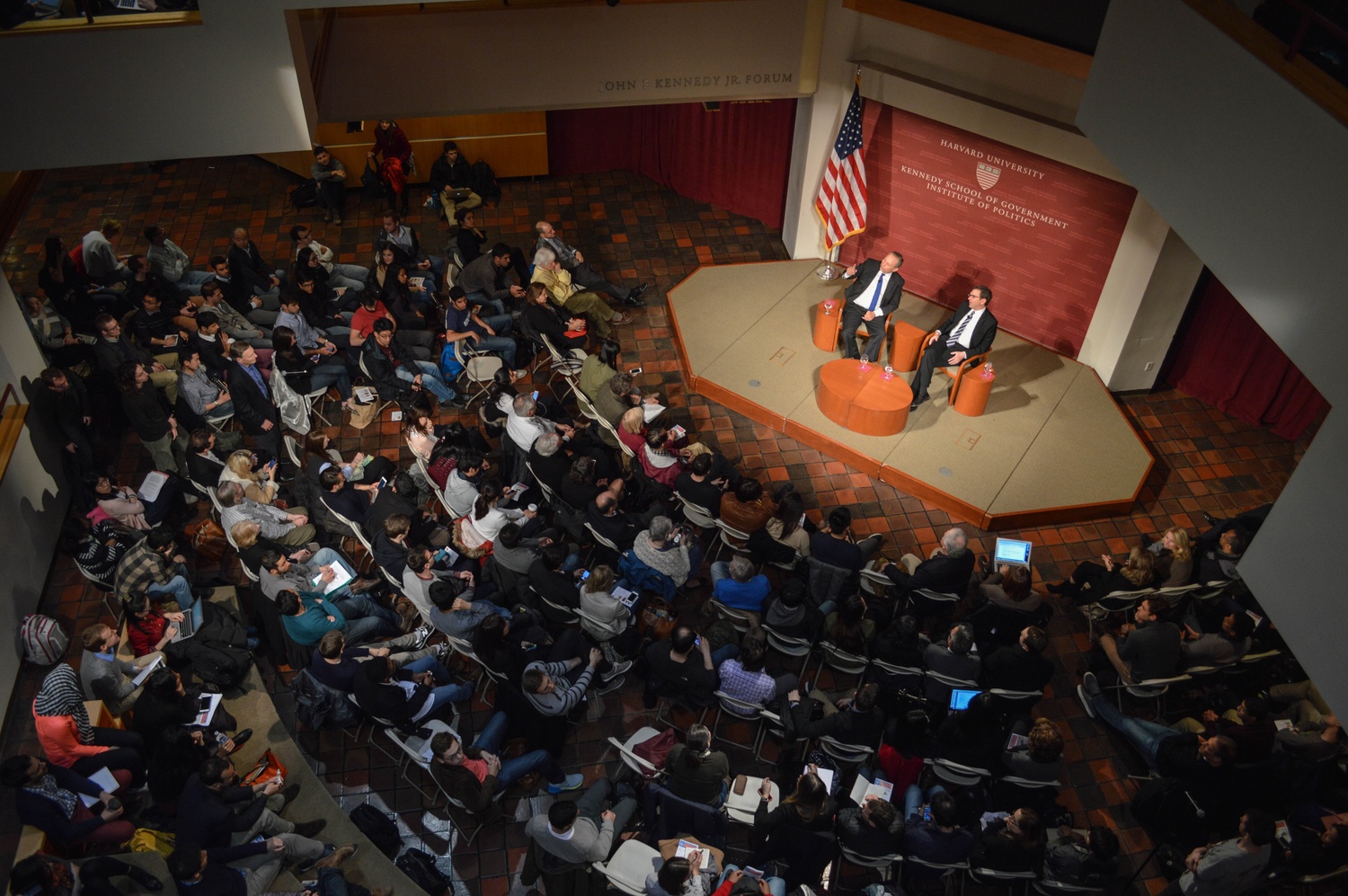 Speaking about economic trends in recent years and fielding questions from the crowd, Lawrence H. Summers and Jason Furman attracted a crowd that fills the seats at the Institute of Politics Monday evening. By Y. Kit Wu
By Sharon Yang, Contributing Writer

Both men, who previously worked together as economic advisers in the Obama Administration, touched on concerns surrounding tepid growth in the U.S. economy overall, in addition to issues like income inequality, healthcare costs, and stagnant growth for the middle class.

Furman said that he was cautiously optimistic about economic trends, despite uncertainty in future innovations and forthcoming policy choices.

He ultimately expressed confidence in what he termed “exciting developments” in technology and a dramatic reduction in healthcare costs.

“All of those structural factors give me a decent amount of cause for optimism about the future,” he said.

The two said that income inequality was another difficulty. Specifically, Furman cited the fact that the share earned by the bottom 90 percent of the American income distribution fell from 68 percent in 1973 to around 50 percent in 2013.

The pair also discussed the effect of other public policies on economic growth, referring to how immigration reform would change the demographics of the labor force.

“The workforce itself is not a demographic factor that is inscribed in stone. It depends on our choices,” Furman said. “And one of the most important choices it depends on is immigration reform.”

Furman pointed out the economic impetus for immigration reform, saying that one of the main factors for slowing growth compared to the 1980’s is present day decline of the prime working-age population.

Summers also pointed to a trend in which Harvard students have seemed to turn towards working at NGOs and nonprofits in the private sector instead of the government in the public sector as outlets for their idealism.

However, Furman, who holds three degrees from Harvard, emphasized the continued value of public institutions. As an example of the larger impact public policy can have, he cited his work on expanding the Earned Income Tax Program, which he said now benefits an additional 10 million individuals per year.