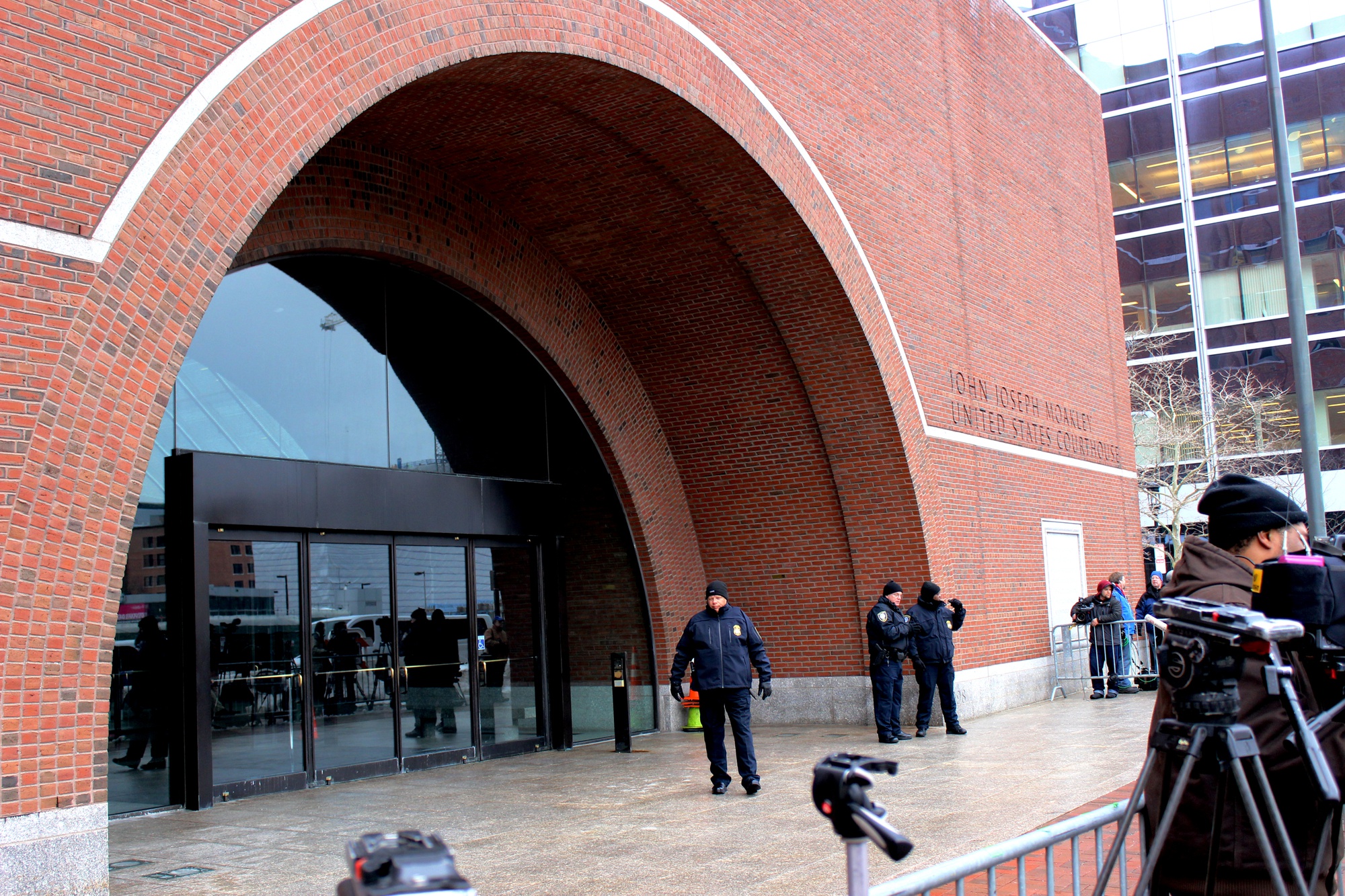 The trial of the alleged Boston Marathon bomber Dzhokhar Tsarnaev began on Wednesday morning at the John Joseph Moakley U.S. Courthouse in South Boston. The trial is expected to last several months as the defense attempts to persuade the jurors to forgo the death penalty.
By Brett J. Dowling, Crimson Staff Writer

While multiple requests by the defense team of Dzhokhar A. Tsarnaev, the main suspect in the 2013 Boston Marathon bombings, to relocate his trial have been denied, some Harvard Law School professors say the defense had legitimate qualms with the trial unfolding in Boston. Lawyers for both sides gave opening statements on Wednesday at the Moakley U.S. Courthouse in Boston. 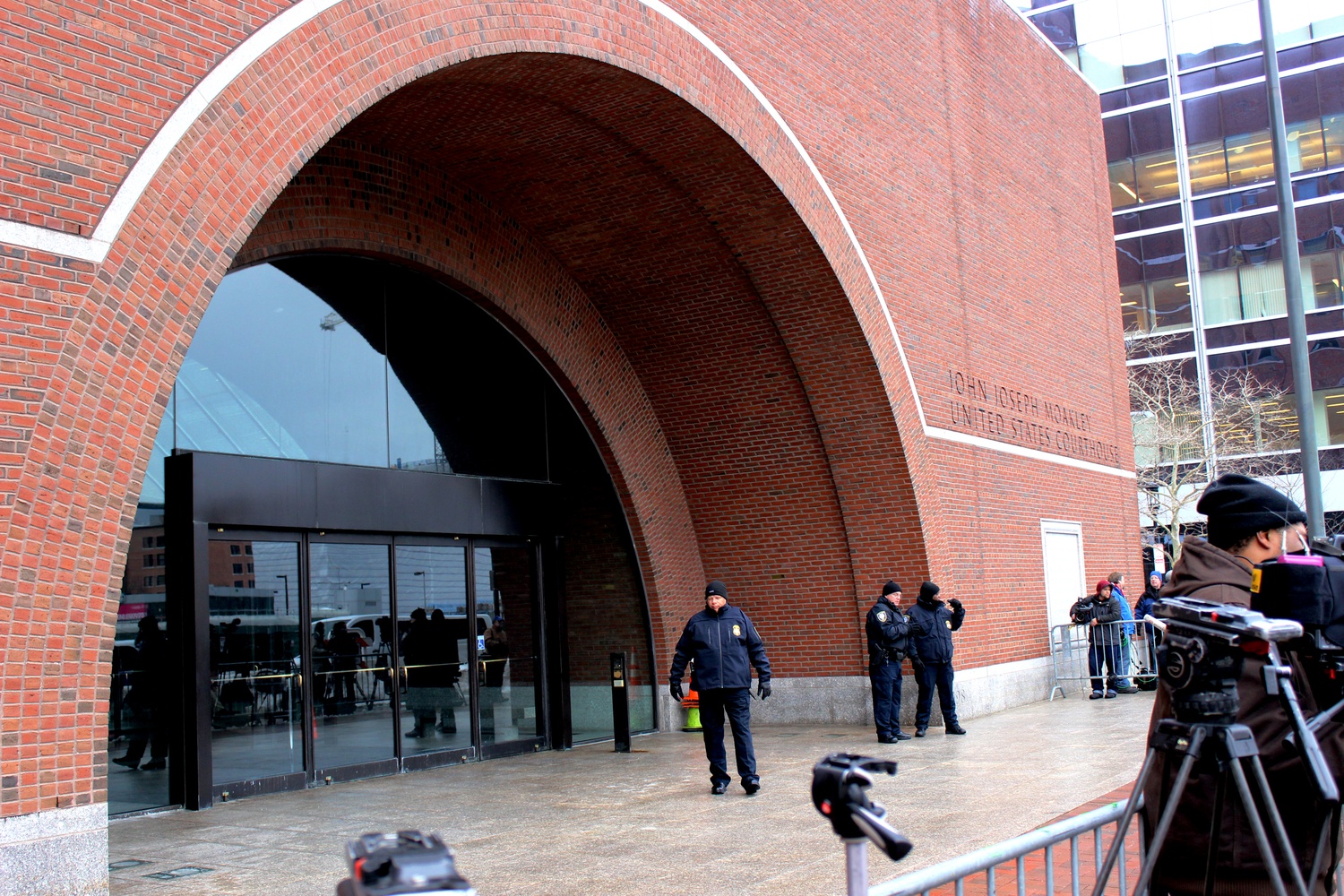 The trial of the alleged Boston Marathon bomber Dzhokhar Tsarnaev began on Wednesday morning at the John Joseph Moakley U.S. Courthouse in South Boston. The trial is expected to last several months as the defense attempts to persuade the jurors to forgo the death penalty. By Thomas W. Franck

“If there ever were a case for a change of venue, this is it,” said Nancy Gertner, a faculty member at the Law School and former U.S. District Court Judge for the District of Massachusetts.

Law school professor Ronald S. Sullivan Jr. attributes the defense’s repeated requests to relocate the trial to the far-reaching impact that the bombing and the subsequent manhunt had on the Boston community.

“The ripple effect of the bombings is so extensive and widespread that just about everybody in the Boston area was either directly or indirectly impacted by the bombing,” Sullivan said.

The repeated relocation motions made by the defense may also have been intended to put pressure on the judge to have a fairer jury selection than he might have otherwise, Gertner said. She added that defense teams with clients facing the death penalty feel an enhanced obligation to ensure the fairest trial possible.

According to Harvard Law School professor Alex Whiting, judges deciding whether or not to relocate a trial must weigh a set of “competing interests.”

“The presumption is that the case will be where the crime occurred unless there is a strong enough showing that it is impossible to have a fair jury,” Whiting said. “Here, both the District Court Judge and the Court of Appeals repeatedly found that the defense had failed to make that showing.”

Though neither Sullivan nor Whiting could recall a case where a trial was relocated out of Massachusetts, changing the venue of a high-profile trial is not without precedence. Whiting noted that the Oklahoma City Bombing trial in 1997 was relocated to Denver.