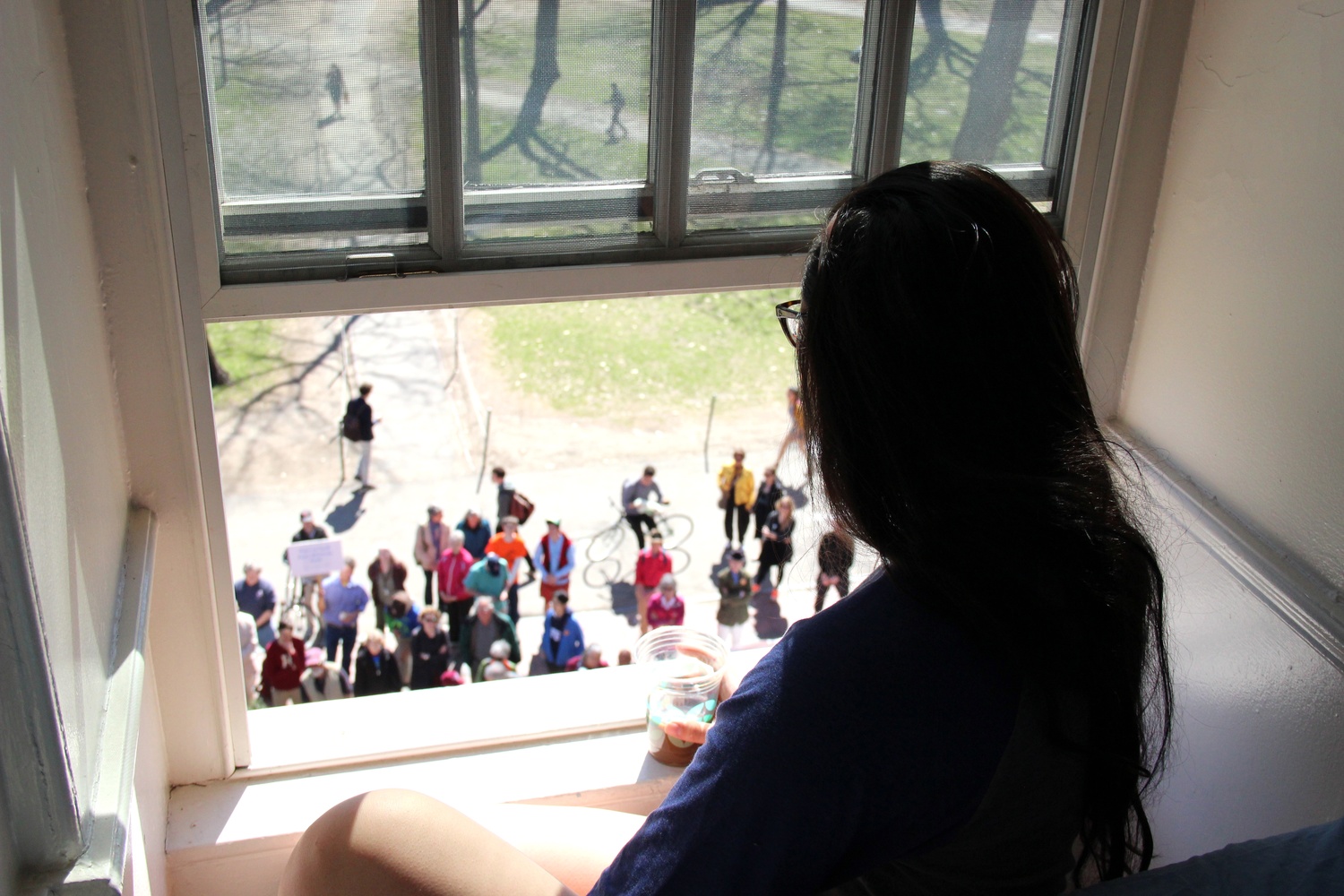 Living at the epicenter of the weeklong Divest Harvard blockade, leaving for class has become a multi-step process for Massachusetts Hall resident John D. Bowers ’18: “We sort of have a system worked out at this point where we will knock on the door before opening so we don’t bang anybody on the head,” he said.

As Divest Harvard blocks senior University administrators from accessing their offices inside of Mass. Hall in protest of Harvard's investment in the fossil fuel industry, the activist group has tried to engage the 14 freshmen who reside on the fourth floor of the campus’s oldest standing building. 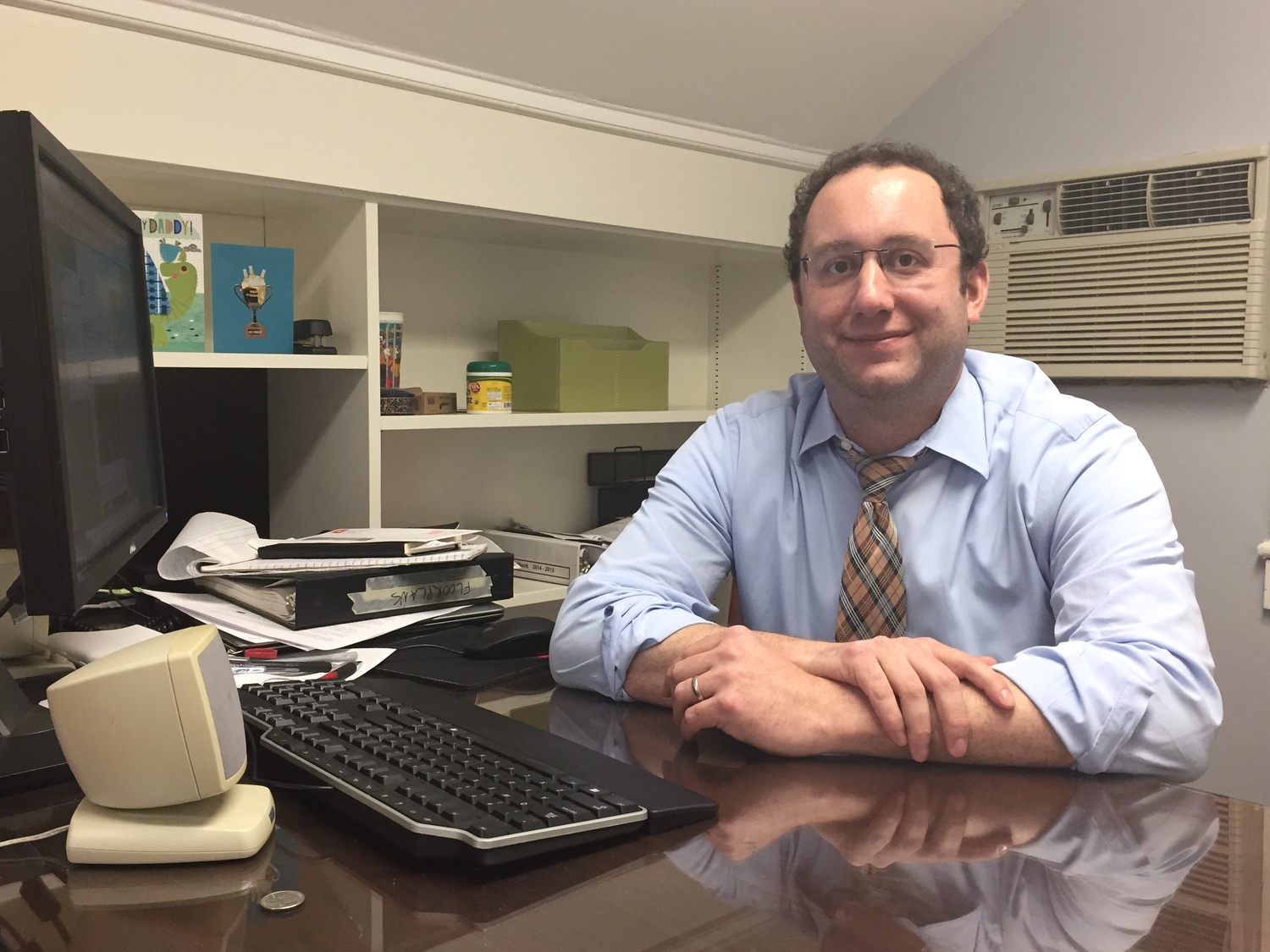 “The organizers from Divest were fantastic,” said Freshman resident dean for Ivy Yard Michael C. Ranen in an interview. “They reached out to every single one of the students and the proctor assuring them that they would be able to go in and out and offered to meet with them individually before it started.” By Madeline R. Lear

According to Bowers, the freshmen who live on the fourth floor of Mass. Hall were contacted by both Divest Harvard activists and Michael C. Ranen, the freshman resident dean for Ivy Yard, weeks in advance of the protest. According to Ranen, the group “reached out to every single one of the students and the proctor assuring them that they would be able to go in and out and offered to meet with them individually before it started."

“We as the inhabitants of Mass. Hall knew exactly what was going to happen before it happened,” Bowers said. “There was no fear or confusion—there was very sort of natural progression into the protests.”

Now that the "Heat Week" demonstration has started, the freshman residents walk in and out of their dormitory as protesters stage a blockade at their doors.

The entrance to Mass. Hall is limited to a set list of students during the protest week to ensure the safety and security of the fourth floor residence, according to Ranen, although the protest began with a slight hiccup: At the start of the protest on Sunday night, the Harvard University Police Department did not yet have a list, and some students were initially denied entry. 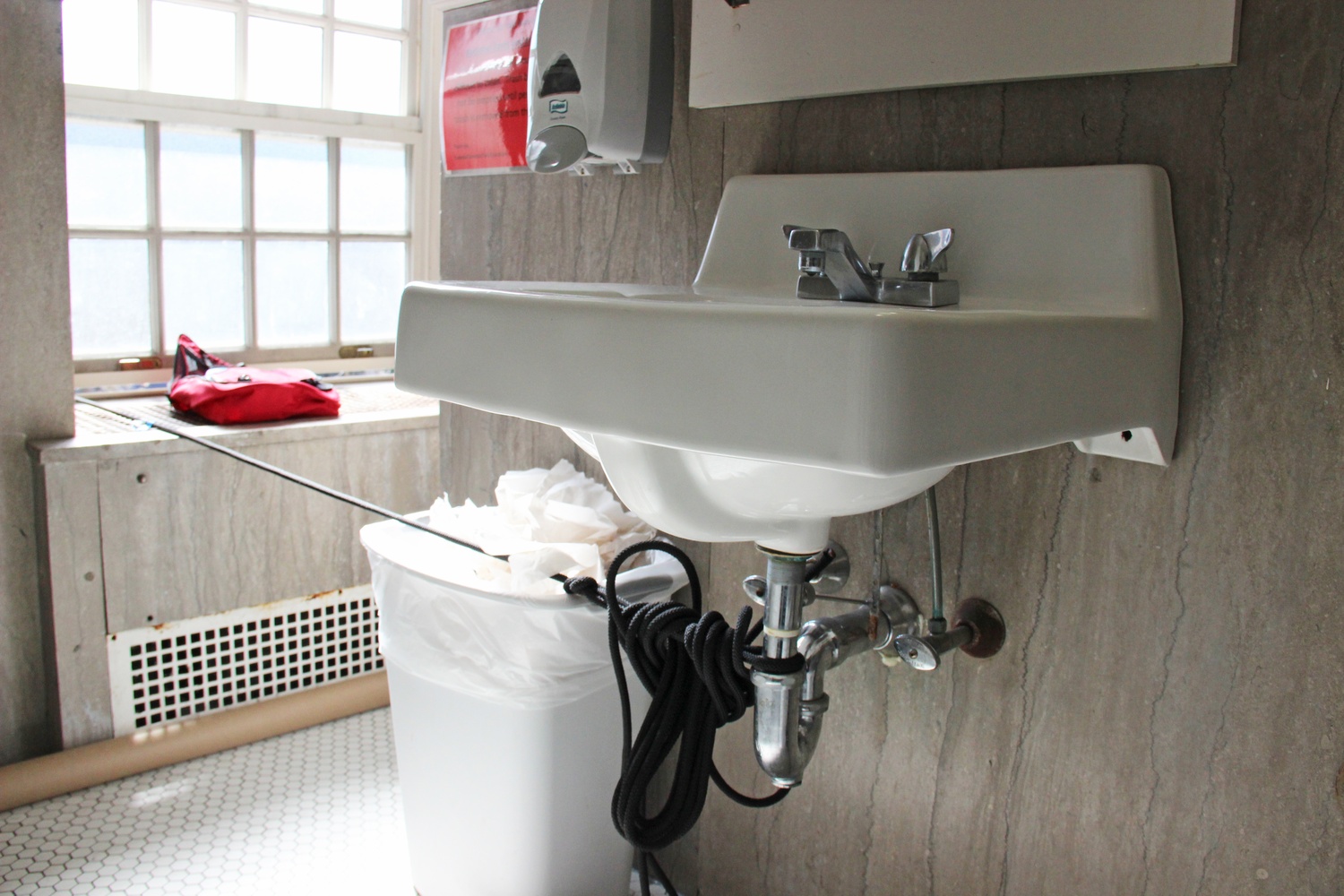 A bathroom sink in Massachusetts Hall serves as an anchor for a Divest Harvard banner outside of the building. By Alexander L. Jaffe

Now allowed in and out of their building, some Mass. Hall residents have helped the protesters stage their demonstration. Charlie A. Gibson ’18, a resident of Mass. Hall who has attended Divest Harvard meetings in the past and was involved with this week’s protests, said freshmen in the building were divided on the question of whether to allow Divest Harvard to hang a large banner from their windows. Ultimately, only a handful of rooms decided to allow Divest Harvard to hang banners from their windows.

While several students praised Divest Harvard for being proactive, others expressed dissatisfaction over the interruption of their daily routines.

“Divest Harvard could have been more disruptive in terms of noise, but I still consider the clutter outside our only entry a nuisance,” Mass. Hall resident Daniela A. Veloza ’18 wrote in an email.