Khuranas Will Stay on as House Masters 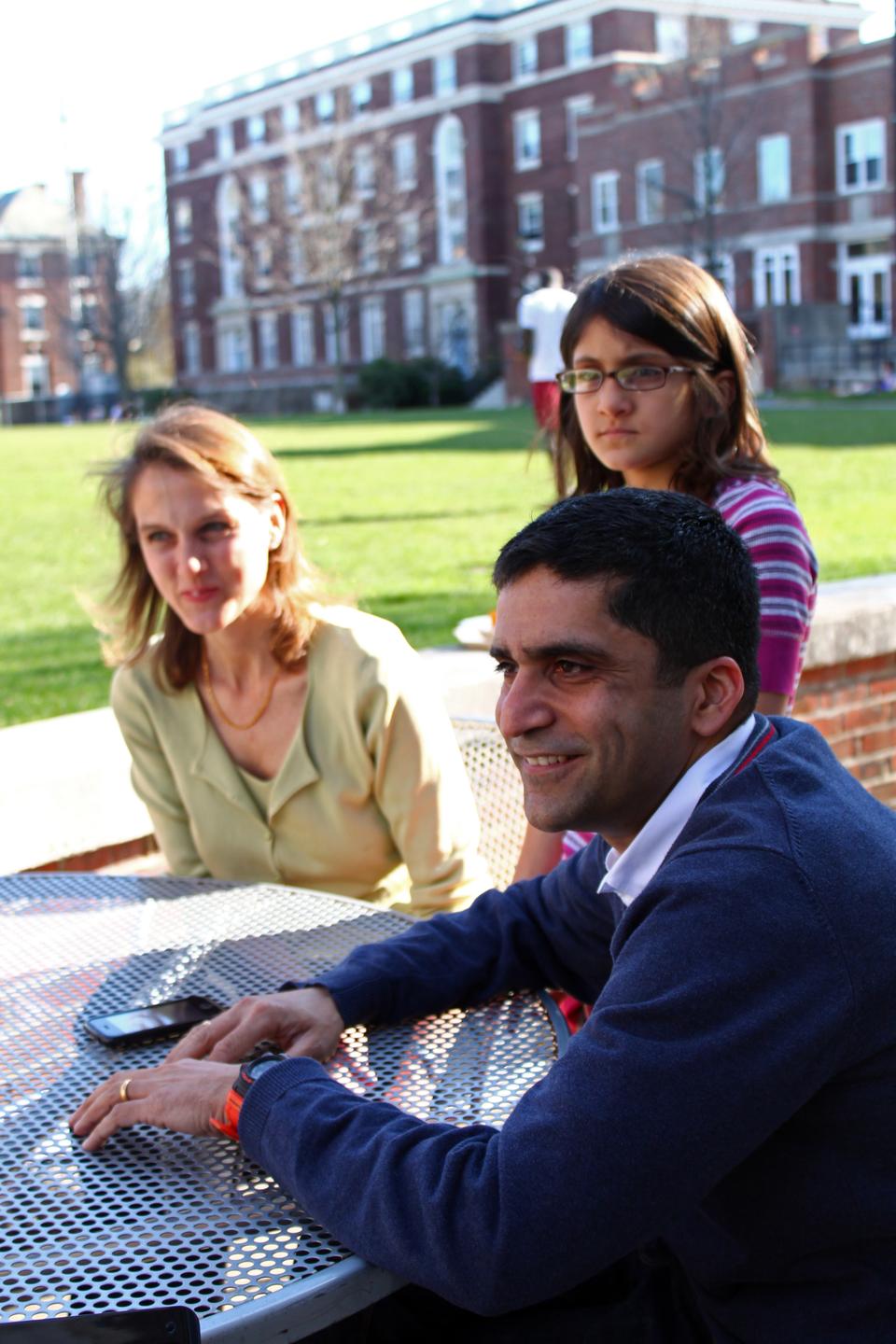 Current Dean of the College and Cabot House Master Rakesh Khurana sits with his daughter and wife, Stephanie, in 2010.
By Noah J. Delwiche, Crimson Staff Writer

Nine months into his leadership of Harvard's flagship school, Dean of the College Rakesh Khurana plans to continue serving as co-master of Cabot House.

Khurana said Tuesday that he has transferred the time he previously spent on teaching and research at Harvard Business School to duties associated with his deanship. Khurana, who has been co-master of Cabot since 2010, said he has not noticed significant differences in his overall time commitments since taking the helm of the College. Rather, he said that has transitioned into a different day job that he described as more focused on undergraduates.

“This year I'm not teaching,” he said. “Basically the time that I spent doing my teaching and my research, this year, I’m serving as dean.”

Current Dean of the College and Cabot House Master Rakesh Khurana sits with his daughter and wife, Stephanie, in 2010. By Keren E. Rohe

Co-Master of Cabot House Stephanie R. Khurana similarly said she has not noticed many changes in how the House operates, emphasizing that many students and staff have continued to shape House life.

“From my perspective or the House perspective, I don't think things have changed dramatically,” she said. “I think the bigger change is from his work at HBS that basically transferred to University Hall.”

On a day-to-day basis, Khurana said he wakes up at about the same time as he did last year, but he is required to travel less than before he assumed the dean position, enabling him to stay in Cambridge for longer periods of time.

Stephanie Khurana, who leads a subcommittee of Harvard's sexual assault prevention task force, said she and her husband might have considered modifying their responsibilities if they affected their three children. She said the pair have in fact enjoyed the transition and their continued role as House masters.

“If it didn't work for our family, that would be one thing, but our kids really seem to enjoy this community,” she said.

Khurana, who chairs the College's Administrative Board, will also serve as the ex officio chair of the College’s first student-faculty Honor Council, which will begin adjudicating cases of academic dishonesty next fall. Khurana wrote in an email that he remains “silent and neutral” on any Ad Board cases involving Cabot students he knows in order to “minimize any appearance of a conflict of interest."