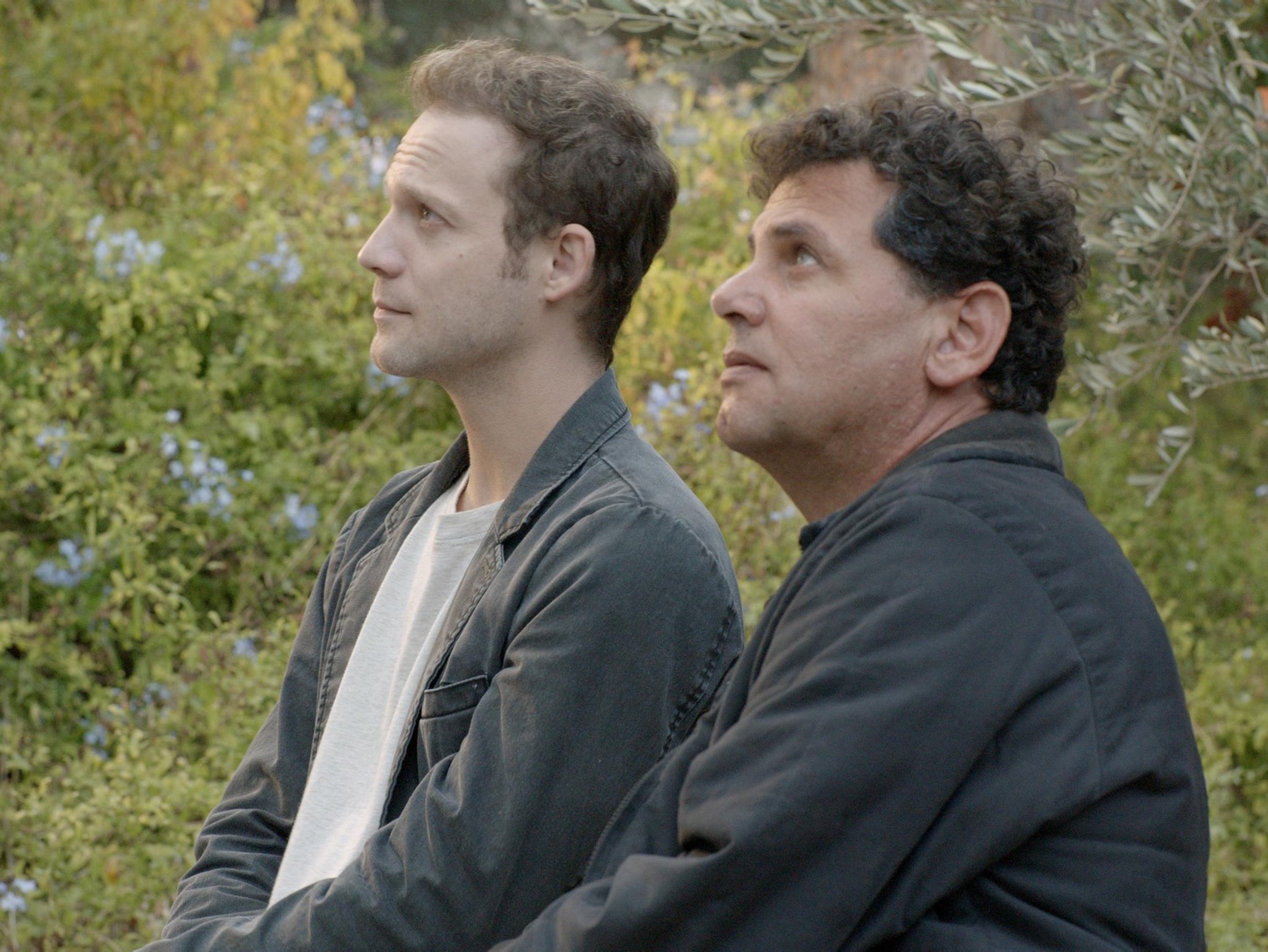 Wonderfully experimental, Israeli filmmaker Elad Keidan’s directorial debut, “Hayored Lema’ala” (“Afterthought”) is a disjointed but provocative black comedy that follows two characters in the Israeli town of Haifa. Uri (Itay Tiran) is a young man seeking to leave the country before his compulsory military service because his girlfriend has recently left him, while Moshe (Uri Klauzner) is a disgraced former teacher whose sole source of income is a series of children’s mechanical riding horses outside of supermarkets and shopping malls. As Uri climbs down Haifa’s Carmel Mountain towards the port, Moshe climbs up to look for his wife’s lost earring—and the two have a number of strange, coincidental experiences before and after they meet each other in the middle.

Keidan strategically uses the landscape of Haifa to the film’s advantage, as the stairs of Carmel Mountain are integral to the film’s narrative and unique visual aesthetic. The film truly captures the local flavor of Haifa, as various scenes traverse the same locations at different temporal moments when Uri or Moshe passes by a place that the other had previously visited. Moreover, Keidan—with the assistance of sound director Aviv Aldema—deftly uses the sounds of the cityscape to further establish the distinctive character of the city. The camera catches glimpses of conversations of people walking by and sound bites of random radio stations, all set to wide shots of the city so as to provide a far-reaching perspective.

However, several more experimental scenes detract from the narrative’s cohesiveness. For instance, the film’s lengthy opening scene features a rotating shot of Haifa set to various city sounds, which, at various zoom distances, provides an interesting introduction to the city—but at the cost of delaying the beginning of the film’s narrative. In addition, two musical scenes featuring Uri seem superfluous and thematically jarring in the context of the tone of their preceding and following scenes, especially one featuring Uri’s barbershop quartet—a truly surreal yet overly drawn-out indulgence in absurdity.

“Hayored Lema’ala” never produces any laugh-out-loud moments, but then again it doesn’t seem to aim to. At times light-hearted and at others starkly depressing, the film takes a philosophical bent in its treatment of modern Israeli life through the lens of two very different people united by coincidence. Though one might be enlightened by their adventures, the lack of definitive narrative catharsis leaves a sense that the two protagonists have returned—both physically and emotionally—back to exactly where they had started.