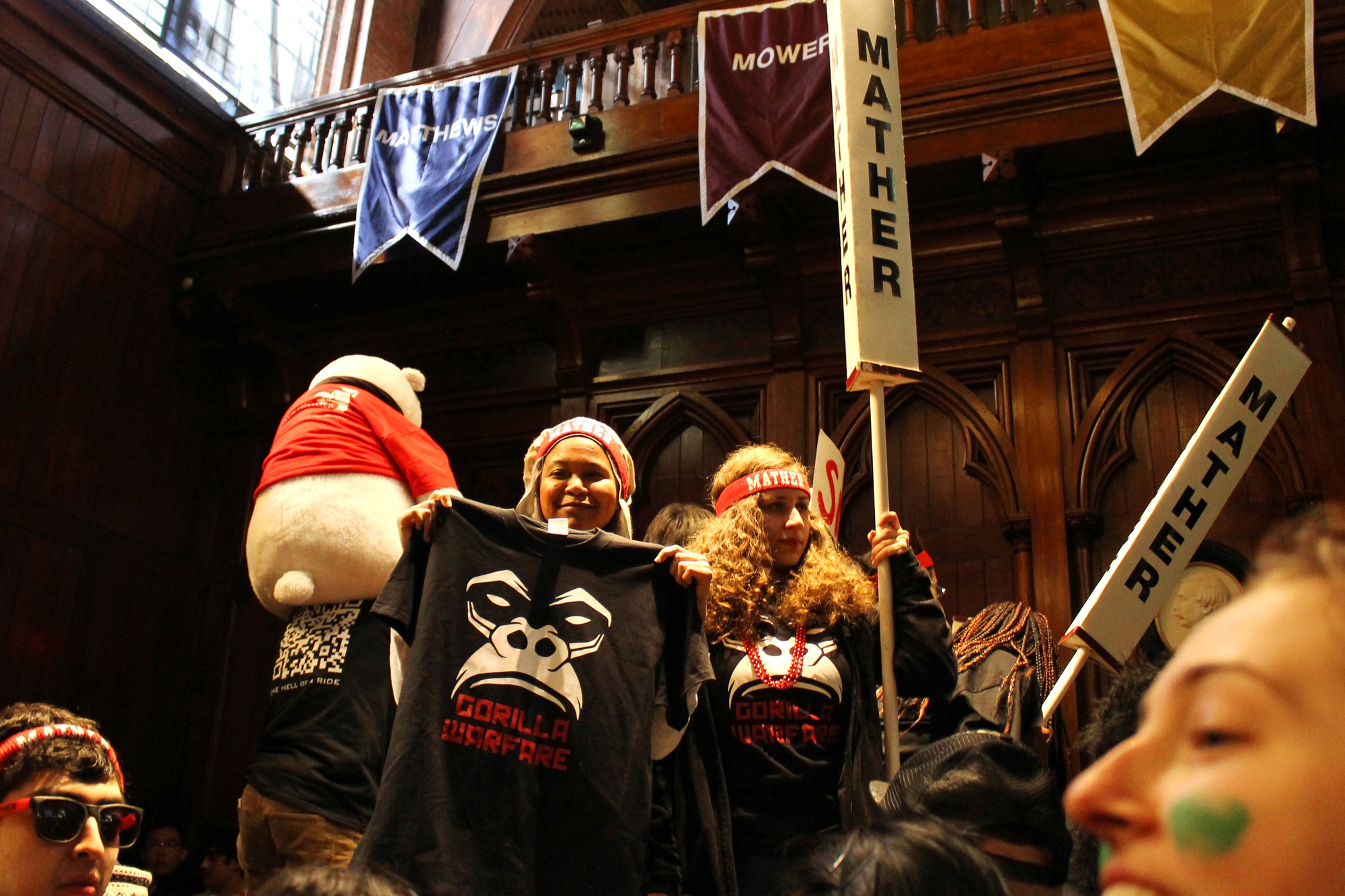 Mather House piloted an orientation program for their sophomore residents this past weekend, allowing them to move into their dorm rooms a day early in an effort to make House life more central to their extracurricular lives.

Starting on Friday, Mather sophomores participated in team building exercises and workshops led by House advisers. They were also placed into small groups meant to connect them with peers outside their blocking and existing friend groups. Just over 80 percent of sophomores in the House participated, according to Mather House co-master Michael D. Rosengarten. 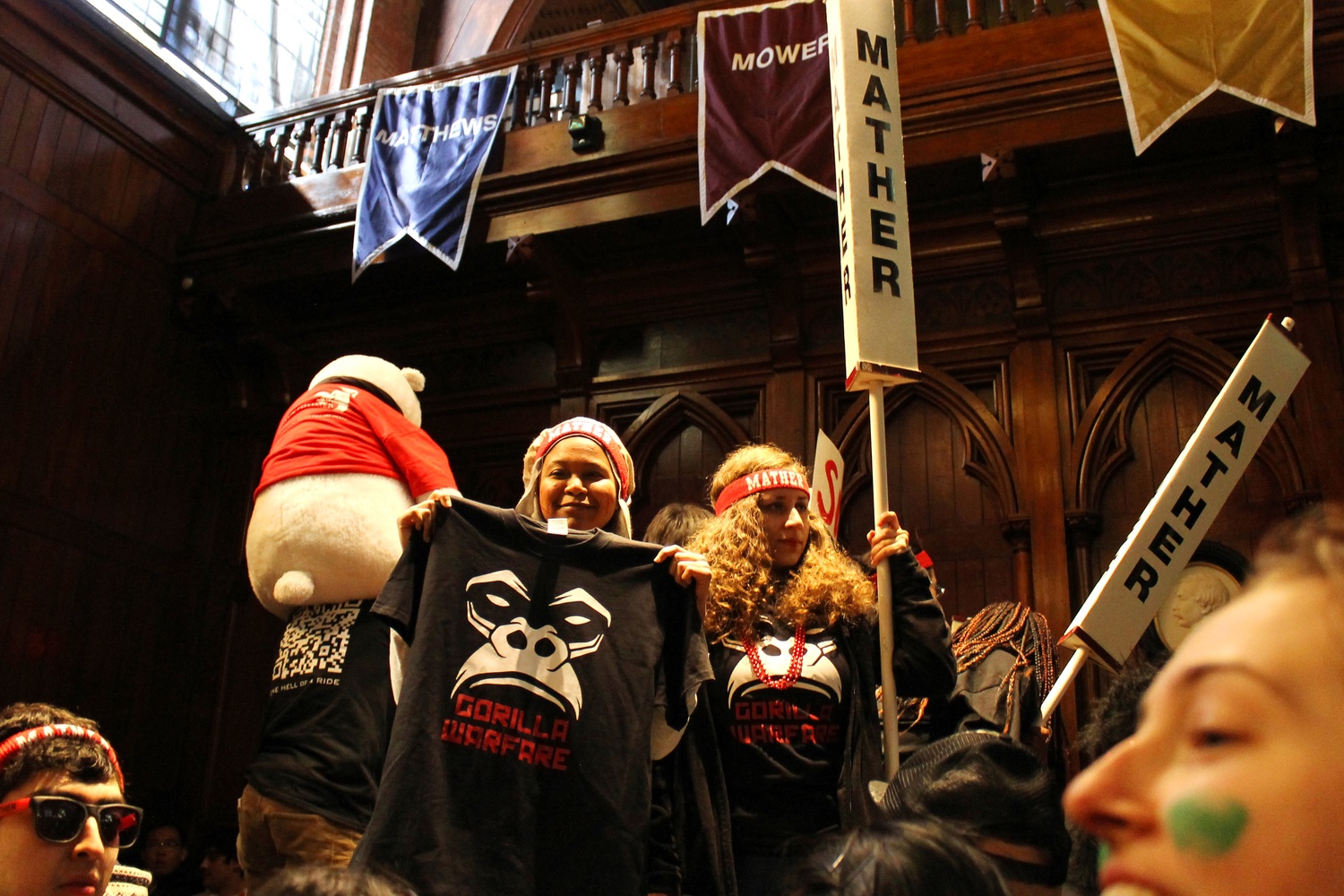 Standing on top of Annenberg tables, Mather students welcomed freshmen into their dorm on Housing Day earlier this year. By Jennifer Y Yao

In addition to a traditional sophomore adviser, sophomores were for the first time also assigned a “House advising peer” who is either an upperclassman or recent graduate of the House.

Rosengarten said Mather launched the pilot program in the hopes of fostering more community among House residents—a College-wide goal that Dean of the College Rakesh Khurana, who is also the co-master of Cabot House, has pushed publicly since he became dean last year.

In Mather, students say they often leave the House without meeting all their peers there, Rosengarten said.

“Most [of] the students we’ve talked to said, in their senior year, the maximum amount of people they know in the House is 30 people out of 400 people,” Rosengarten said. “The idea is perhaps there are a lot of barriers in the House we could lower and make the experience better.”

The exercises and advisers, Mather administrators hope, will make the sophomore community more integrated now that they have moved in.

“We’re not sure that we have all the answers, but what we’re looking for are exercises that will break down barriers and help people connect with each other,” Rosengarten said.

Trevor A. Mullin ’17, Mather House Committee’s Secretary and a House advising peer, said transitioning to upperclassman life and a move from freshman dorms to the House system comes with difficulties, given differences in how entryways function and the smaller size of dining halls. But prior to the orientation, he was optimistic about the prospects of the program.

“I think it will introduce sophomores to more people earlier and create a more inclusive community,” Mullins said.

“There’s a really great opportunity to become a family, to get to know people, to learn people’s last names and not just their first names,” Quinlan said.

According to Rosengarten, after the program, sophomores will fill out a survey about their experience and the general transition to upperclassman life. Administrators will then compare the responses of Mather residents’ responses with 20 randomly selected sophomores from three other Houses to assess the program’s success. From there, the College may expand the program to other Houses.