‘Honeymoon’ A Creative Leap for Lana 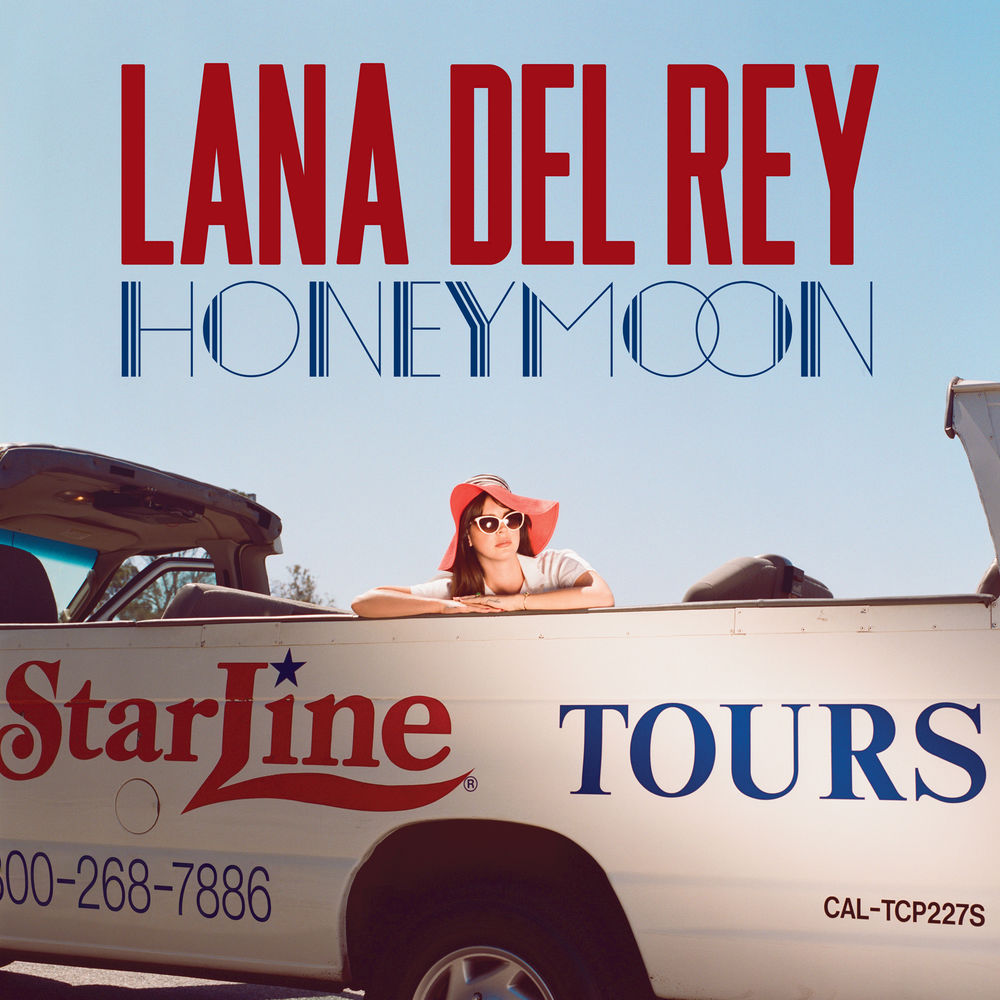 Lana has had a hard time pleasing critics, and she knows it: “We both know that it’s not fashionable to love me” is the first sing-song utterance on her new album “Honeymoon.” This state of affairs is about to change. In “Honeymoon,” the candy layer that coated “Born to Die” and was already thinning on “Ultraviolence” has ceded completely to something sadder, something darker, something more bitter—and something more coherent and compelling.

“Honeymoon” finds a more retiring Lana Del Rey than the bubbly eternal adolescent or the effusive and cruel mistress of her two earlier albums. “Carry me home, got my blue nail polish on / It's my favorite color and my favorite tone of song,” she sings on “The Blackest Day.” The heartbreak of “Summertime Sadness” and the gleeful self-assurance of “Off to the Races” have given way to weariness: “All I wanna do is get high by the beach” (“High by the Beach”), “I’ve got nothing much to live for / Ever since I found my fame” (“God Knows I Tried”), and “You got your moment now, you got your legacy / Let's leave the world for the ones who change everything” (“Swan Song”) showcase the album’s typical sentiments.

This persona of the exhausted, faded starlet is perhaps an odd one for Lana to adopt—she is only 30, after all—and it makes “Honeymoon” more thematically focused than her previous albums. “Born to Die” saw her with young men, old men, rich men, poor men, saw her happy and heartbroken, and stylistically bounced between old-fashioned chanteuse (“Million Dollar Man”) and hip young pop star (“National Anthem”). Similarly, “Ultraviolence” was rueful and arrogant by turns: “Cruel World” and “Fucked My Way Up to the Top” are not quite compatible in tone. By contrast, the same light sadness suffuses all of “Honeymoon.” Even her recording of the angst-ridden standard “Don’t Let Me Be Misunderstood” reflects this programmatic melancholy, reaching past the immature, up-tempo recording by The Animals to the slow, mournful original of Nina Simone.

This is not to say that all the songs on “Honeymoon” are equal in quality. The melodically lovely “Salvatore,” about a Sicilian crime boss in American-occupied Italy, is marred by the absurd conceit of the of the lyrics. “Religion” is a boring collection of the usual pop-music blasphemies, without the lyrical punch of Kanye West’s “Hell of a Life” (“No more drugs for me / Pussy and religion are all I need”) or the inventiveness of her own “Money Power Glory,” which cleverly mimics a popular Catholic doxology setting. “24” is a musically jejune and lyrically predictable invective whose lush orchestration cannot overcome its fundamental failings.

Set against these partial or complete failures, however, is a bevy of truly haunting songs. The title track, languid and decadent, features Lana involved with one of her beloved bad boys. She is no longer delighted or distressed but resigned to the mere accidents of the relationship: All she wants is for him to “Say you want me too.” “High by the Beach” is an expression of frustration with the life of fame, underlined by dark trap drum machines and synths. “Swan Song” expresses the same frustration through a quietly desperate fantasy about running away from the life of fame.

While Lana may protest her desire for a Greta Garbo-like disappearance from the public stage, it seems unlikely. With “Honeymoon,” she has finally proven herself able to capture the consistency that critics found lacking from her earlier recordings. Having navigated through the excitement and pitfalls of a new pop star, Lana is now on the way to the mature peak of her career. Who would quit before the best is over?