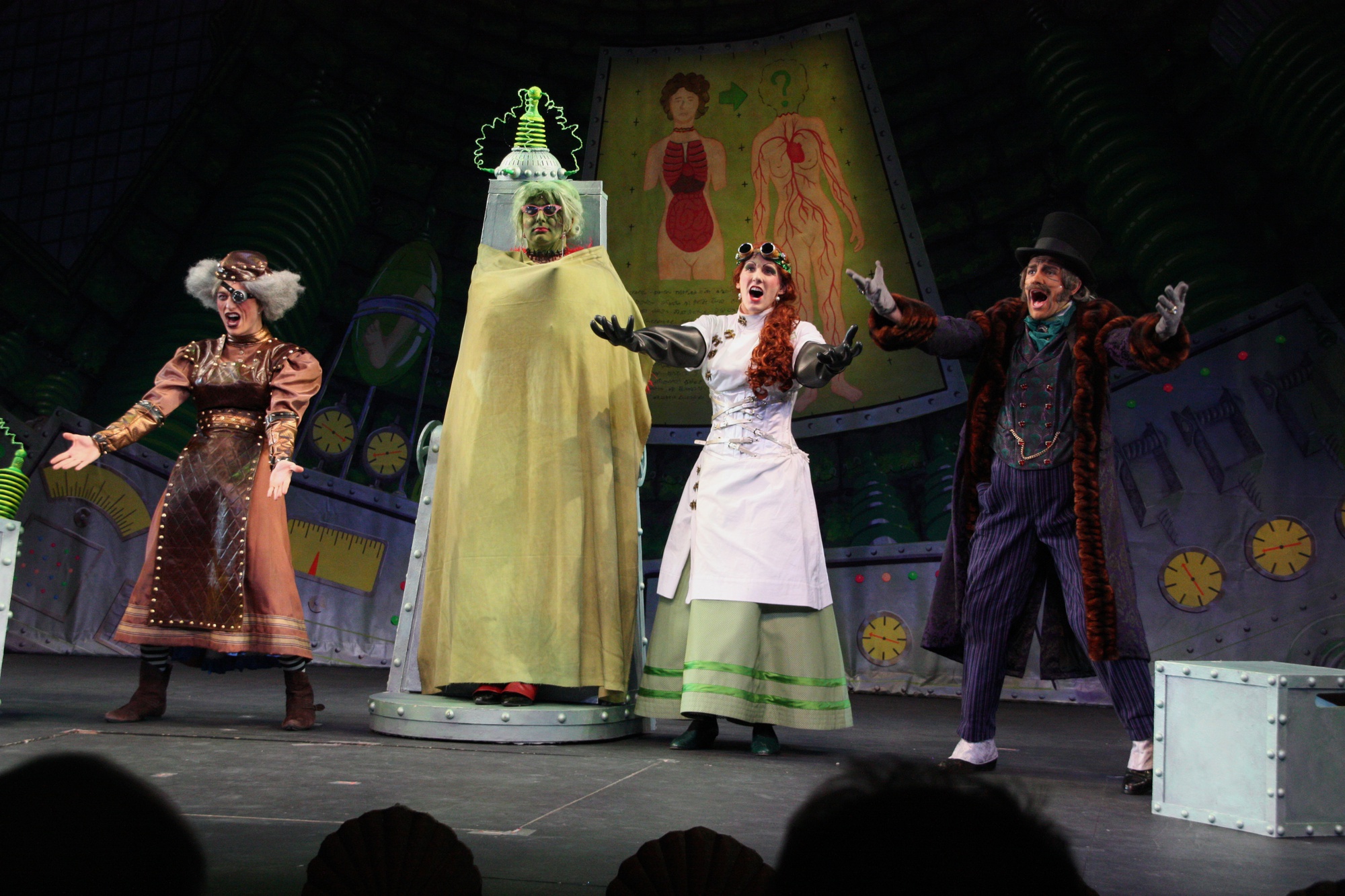 The Hasty Pudding Theatricals, a campus drag troupe famous for burlesque productions and “roasting” celebrities, is discussing whether to add women to its traditionally all-male cast after more than a century.

Women are involved in the Theatricals through its business staff, tech crew, band, and creative writing and music teams, but the cast of its burlesque shows has been composed of all men since 1844. According to Theatricals president Robert T. Fitzpatrick ’16, adding women to the troupe’s cast has been a “topic of serious conversation” since this spring. 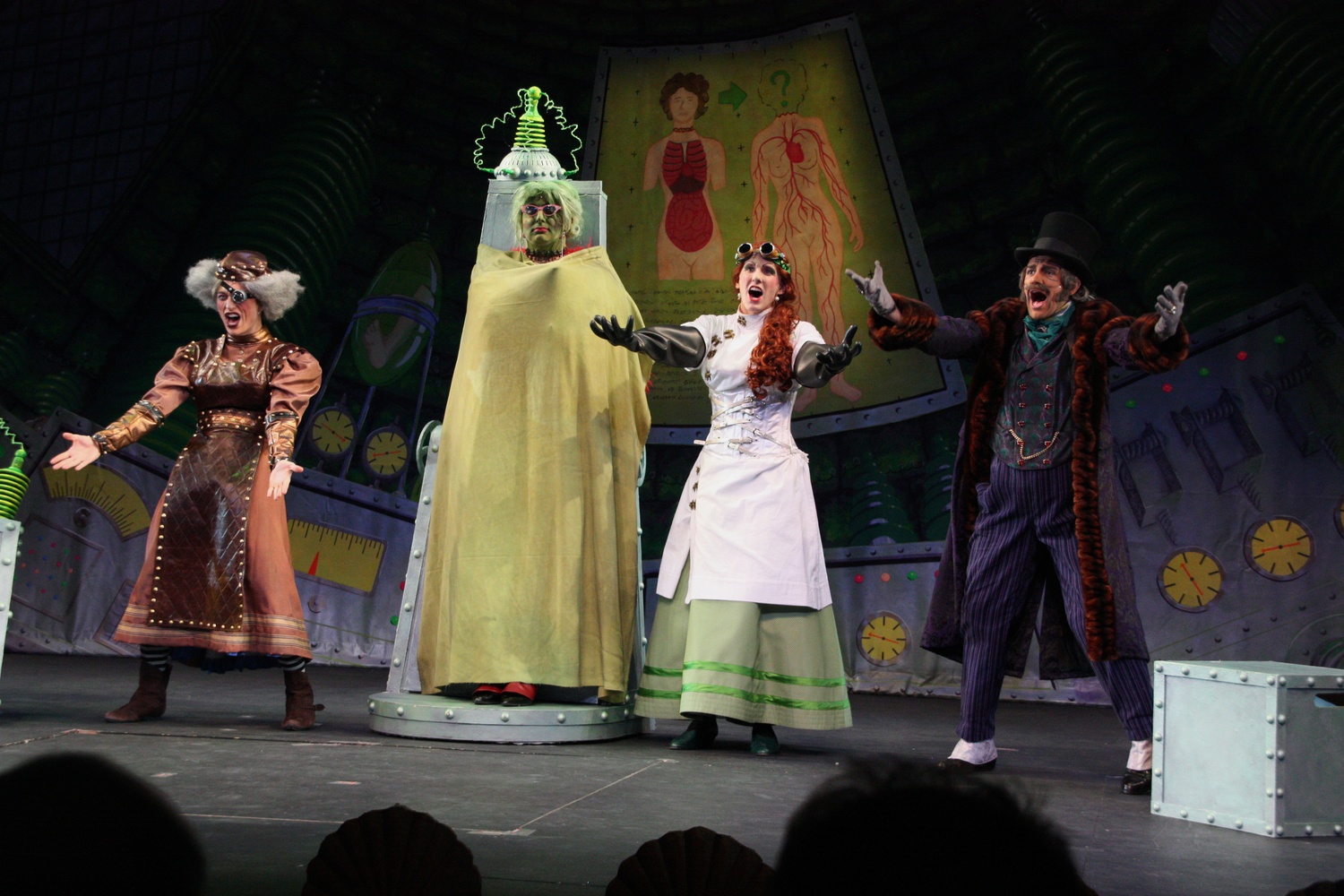 Alex M. Willis '14, David A. Sheynberg '16, Karl Kopczynski '15, and Max McGillivray '16 perform in Hasty Pudding Theatricals' 166th production "Victorian Secrets." As of Monday evening, 17 undergraduate women have been signing up for auditions for the group despite its traditional all-male cast. By Connie Yan

Fitzpatrick’s statement about the Pudding’s internal discussions, sent to The Crimson in an email early Tuesday morning, came in response to a decision by a group of undergraduate women to sign up for the group’s upcoming auditions en masse in protest of its all-male cast. As of early Monday evening, 17 women had signed up in advance of next weekend’s auditions for the cast of the group’s upcoming shows.

According to Fitzpatrick, the Pudding will likely continue to discuss whether or not to add women to its cast through after this year’s audition period because changing its gender makeup would require “structural changes to the production, the company, and our larger institutional traditions.”

Still, he acknowledged the protesters’ input, writing that “the Theatricals would like to express appreciation for those outside of our company who have taken interest and vocalized opinions about this topic. They will be taken into consideration as we continue our discussion.”

Tess V. Davison ’16 and Olivia R. Miller ’16, two of the women who signed up to audition for the Pudding cast, said they were prompted to organize the protest when they participated in a summer competition to write the script for the group’s upcoming spring show. They want to challenge the long-established tradition, they said, because they wanted not only to write performances, but also to act in them.

“We were just thinking about how we would like to be a part of the Pudding, but we still had our hesitations because we still feel it’s not quite a fair and equal group,” Davison said.

So far, the protest has already attracted attention on social media. Davison and Miller first sent out an email to several women on campus involved in theater asking them to join them and audition as a way to challenge the norm of the male-only cast. After they signed 14 women up to audition, protest participant Megan G. Jones ’16 posted a photograph of the sign up sheet on Facebook and Instagram, amassing more than 200 likes.

Glenn A. Kiser ’91, a former Pudding actor who now works in film production and with the College’s Freshman Arts Program, weighed in on Facebook, sharing Jones’s post and expressing his support for the protest. In an interview, he said others involved in theater at Harvard were upset by the Pudding’s exclusion of women from its cast when he was a member because it limited opportunities for actresses.

“For the actors that are potentially interested in pursuing an acting career, the Pudding is really the closest thing available as an undergraduate to what a professional career might be like because you work with a professional director, choreographer; a lot of the direction comes from professionals,” Kiser said.

More women have signed up since Jones posted the photo on Sunday afternoon with the hashtags “#drag4all” and “#revolution.” Several women who signed up to audition acted in a production—this one with an all-female cast—last spring about women and gender equity.

Some protest participants said they believe that the Pudding’s policy to keep its cast all-male stands in stark contrast with other theater groups on campus.

“I think it's particularly important that where there's gender inequality, a red flag should be raised, but I think it’s especially important in the arts, because the arts present itself as this really open place where anyone with any level of experience can join, and there's a culture of openness,” said Elizabeth P. Terry-Kantor ’18, who plans on auditioning. She said she plans to take the opportunity seriously.

—Crimson staff writer Meg P. Bernhard can be reached at meg.bernhard@thecrimson.com. Follow her on Twitter@meg_bernhard.