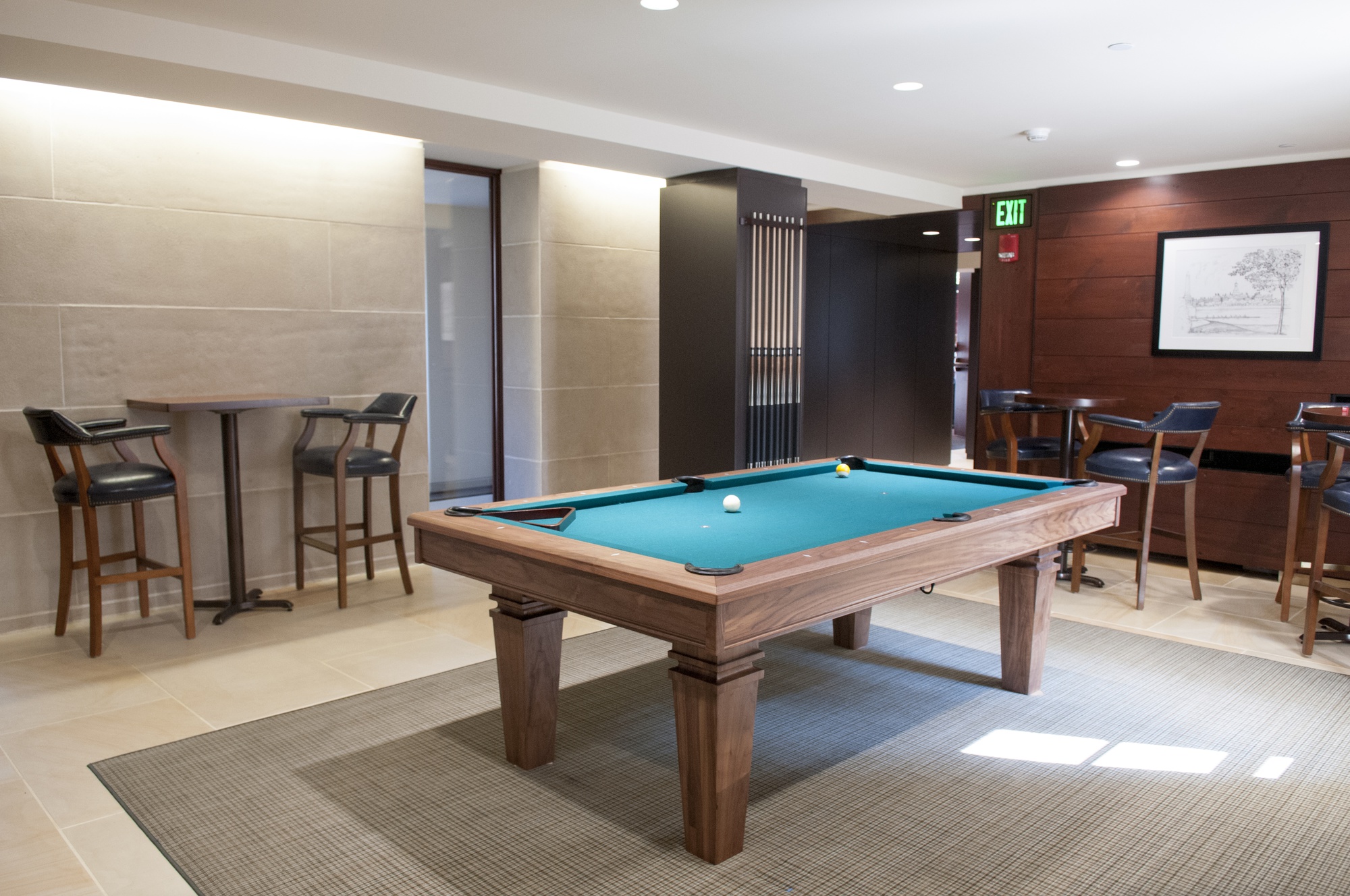 One week into living in the College’s newly renovated Dunster House, undergraduates are both satisfied with the new and updated amenities and critical of living situations that feature hallway bathrooms and lack private common spaces.

Late afternoon Tuesday, students lounged around the House’s newly expanded common spaces, in the historic dining hall and its new seminar rooms and near the building’s grille. 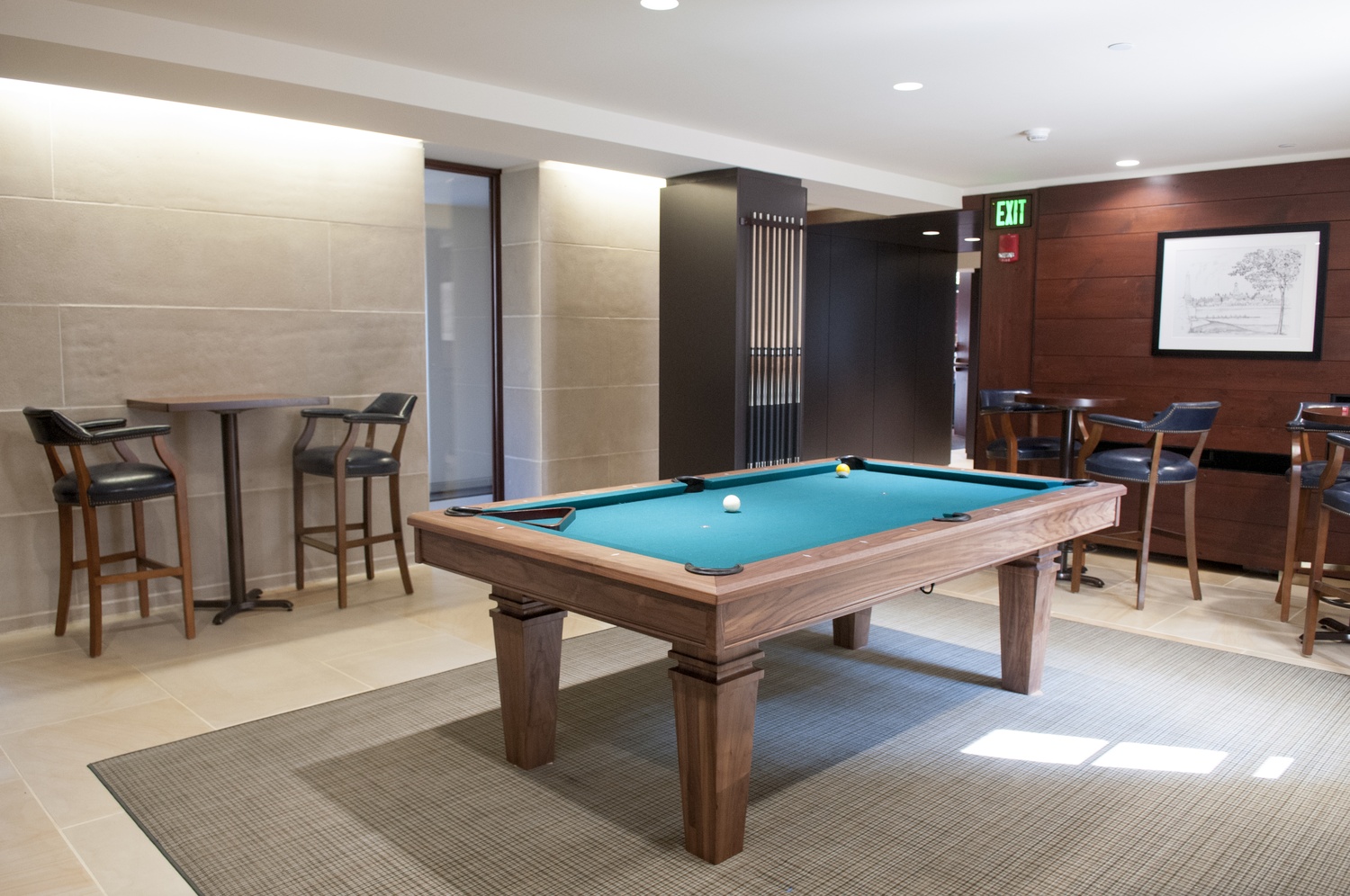 A common space on Dunster's ground floor. By Mark Kelsey

Aran K. Kirschenmann ’18, sitting on a bench swing in the House’s riverside courtyard, glanced at her linkmate, a Mather House resident, and said she thinks Dunster is more aesthetically pleasing than other Houses nearby. It now features hardwood paneling and stone floors, among other 21st century additions.

The consensus among students is that the renovation has improved the physical look of and even their attitudes toward Dunster, the first full House to undergo construction as part of Harvard’s more than $1 billion House renewal project, a priority in the University’s ongoing capital campaign. Previously, Dunster was widely regarded as a less desirable residence at the College, largely because of its walkthrough bedrooms and old age.

They also praised its new layout, with long hallways and interspersed elevators that connect each floor, rather than the vertical entryways that characterize other River Houses.

Students, though, are not sold on every aspect of the renovation. In particular, the addition of hallway bathrooms to the House has elicited conflicting reactions. While they are cleaned regularly, some students complained that certain bathrooms are more crowded than others.

“It just so happened that we ended up with a hallway bathroom that has one toilet and one shower for all nine girls on our floor,” Nia S. Walker ’16 said. “There are two guys on our floor in a double who have a men’s hallway bathroom, and it has two toilets and two showers.”

Living arrangements also vary significantly from resident to resident. Single and double bedrooms that lack private common space—a feature of other renovated buildings that had drawn mixed reactions from students—populate parts of the House, though there are also suites for six, seven, and eight people that are popular among upperclassmen. Those suites include private common rooms and some even include private bathrooms.

Andree R. Werner ’16, who lives in a seven-person suite in Dunster, said this new arrangement has prompted her and her roommates to reconsider their role in the House’s social life.

“I think it’s on the job of the students to create a nice social space in the suites that do have big common rooms to make it an inclusive social space,” Werner said. “It might not be their friends or people from their rooms, but people from Dunster who are in standalone singles or doubles don’t have that same social space.”

Several students interviewed said it is too early to tell what impact the House’s new setup will have on its social scene. Some students suggest that Dunster already had a reputation for lacking a vibrant party scene, given that there are restrictions on when at night non-residents of the House can swipe in to enter.

“I don’t think Dunster was ever particularly a party House,” David L. Wang ’16 said. “We’re not like Eliot. We don’t have the Cockpit or Ground Zero. We don’t have party suites.”