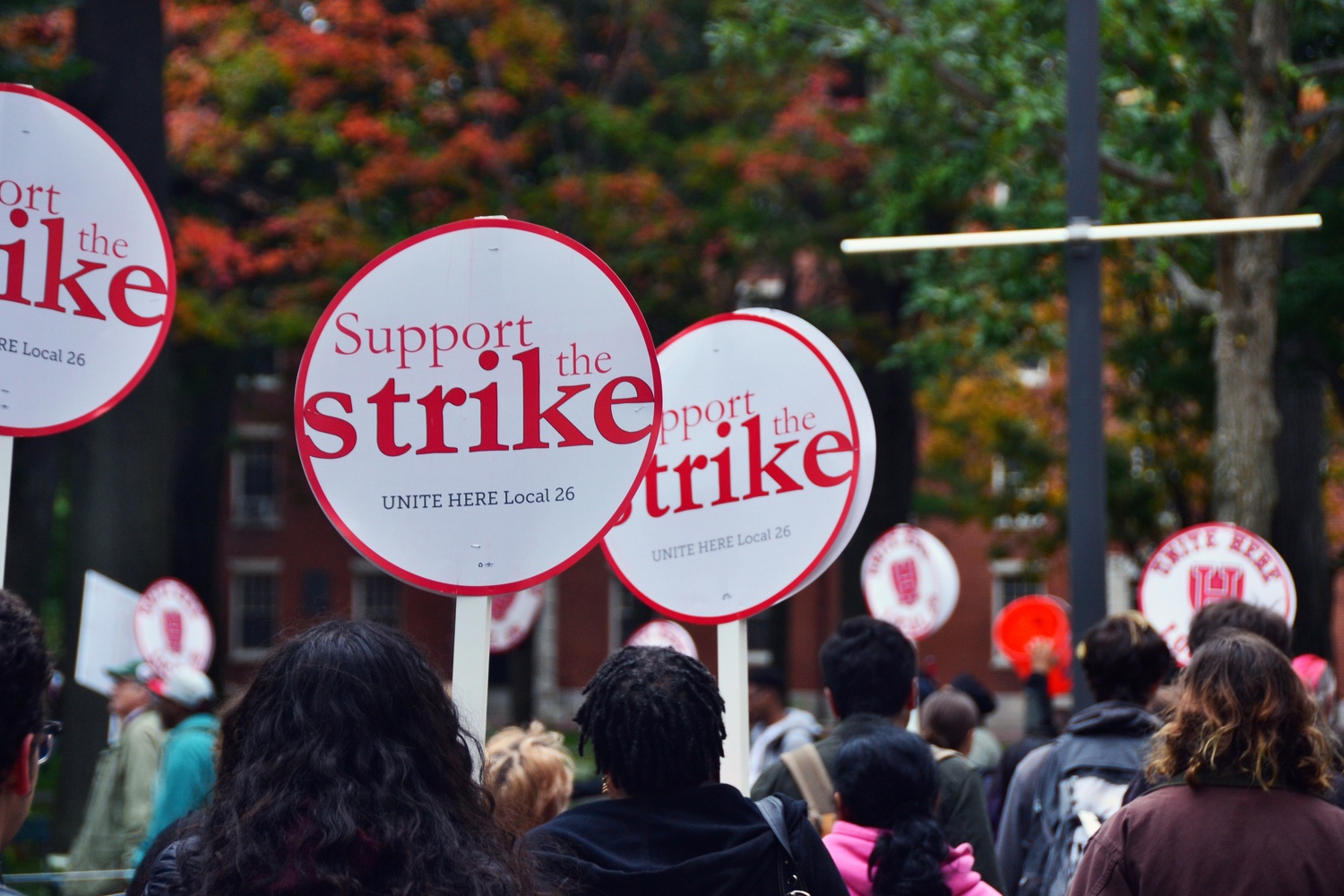 Harvard’s dining service workers will begin an indefinite strike next Wednesday if a “fair agreement” between the workers and the University is not reached by the night before, union representatives announced in a press release.

“Instead of serving breakfast, workers will walk picket lines at more than a dozen locations across Harvard’s undergraduate and graduate campuses,” the press release, sent Friday afternoon, reads. The press release did not indicate how long a strike would last should it go into effect next week, though it did characterize a potential strike, to begin Oct. 5, as “open-ended.”

In a statement after the announcement, University spokesperson Tania deLuzuriaga wrote that “Over the past four months, Harvard has been committed to working with Local 26 in good faith to reach a new agreement that recognizes our colleagues’ important contributions while supporting the University’s core mission of research, teaching and learning.”

DeLuzuriaga added that Harvard’s bargaining team was “disappointed” that a settlement had not yet been reached.

“We have proposed creative solutions to issues presented by the union, and hoped union representatives would contribute to finding creative, workable solutions at the negotiation table,” deLuzuriaga wrote. “We are disappointed that thus far they have been unwilling to do so.”

Representatives from the University and UNITE HERE Local 26, the Boston-based union that represents Harvard’s dining workers, met for their 17th bargaining session Friday morning, but did not come to an agreement. A federal mediator was present at the session to facilitate the talks.

Over the course of the negotiations, HUDS representatives have demanded increased wages and a “creative” solution to health care benefits that would not require HUDS workers to pay anymore in out of pocket costs. Local 26 has demanded that the University extend year-round work to interested employees, and institute a $35,000 “minimum guaranteed salary” for those employees, according to union spokesperson Tiffany Ten Eyck.

Harvard’s dining workers currently make an average of $34,000 per year, according to DeLuzuriaga—a salary she has described as “some of the most generous wages and benefits in the foodservice industry.

After the session, dining workers, joined by a crowd of nearly 400 Harvard affiliates, took to Harvard Yard to protest stagnancy in the negotiations. At the event, Anabela A. Pappas, a HUDS worker who works in Pforzheimer and Cabot Houses, said workers did not want to strike because of the adverse effects such a move might have on the student body.

Nicholus F. Heron, another worker who works in Quad dining halls, criticized Harvard for not paying its workers more, given the size of its endowment.

“Our job is to create a second home for students, it's ridiculous in a university with so much money that we have to worry about these things, about taking care of ourselves," Heron said.

Supporters of HUDS have pointed to the size of the University’s $35.7 billion endowment—the largest university endowment in the world—to argue for increased wages. But Harvard cannot simply pull money from the endowment to pay its dining workers, several analysts have pointed out, given that the endowment is comprised largely of restricted funds.

In the weeks since the union announced its intent to strike in early September, more than 2,700 students from across Harvard’s schools have signed a petition pledging support for the workers in the event that they strike. At the rally, that support was on full display as students raised picket signs adorned with the Local 26 insignia and chanted “El pueblo unido, jamás será vencido,” a Spanish union chant that translates to: “The people united will never be defeated”

HUDS has been in contract talks with the University since the summer time. Their contract, which was set to expire on June 19 was extended into September so that the two sides could come to an agreement. The contract, which included a no-strike clause, expired Sept. 17.

On Sept. 15, HUDS workers voted overwhelmingly in favor to authorize a strike should the University not comply with their demands.

—Michael E. Xie, Ignacio Sabate and Dianne Lee contributed to the reporting of this story.