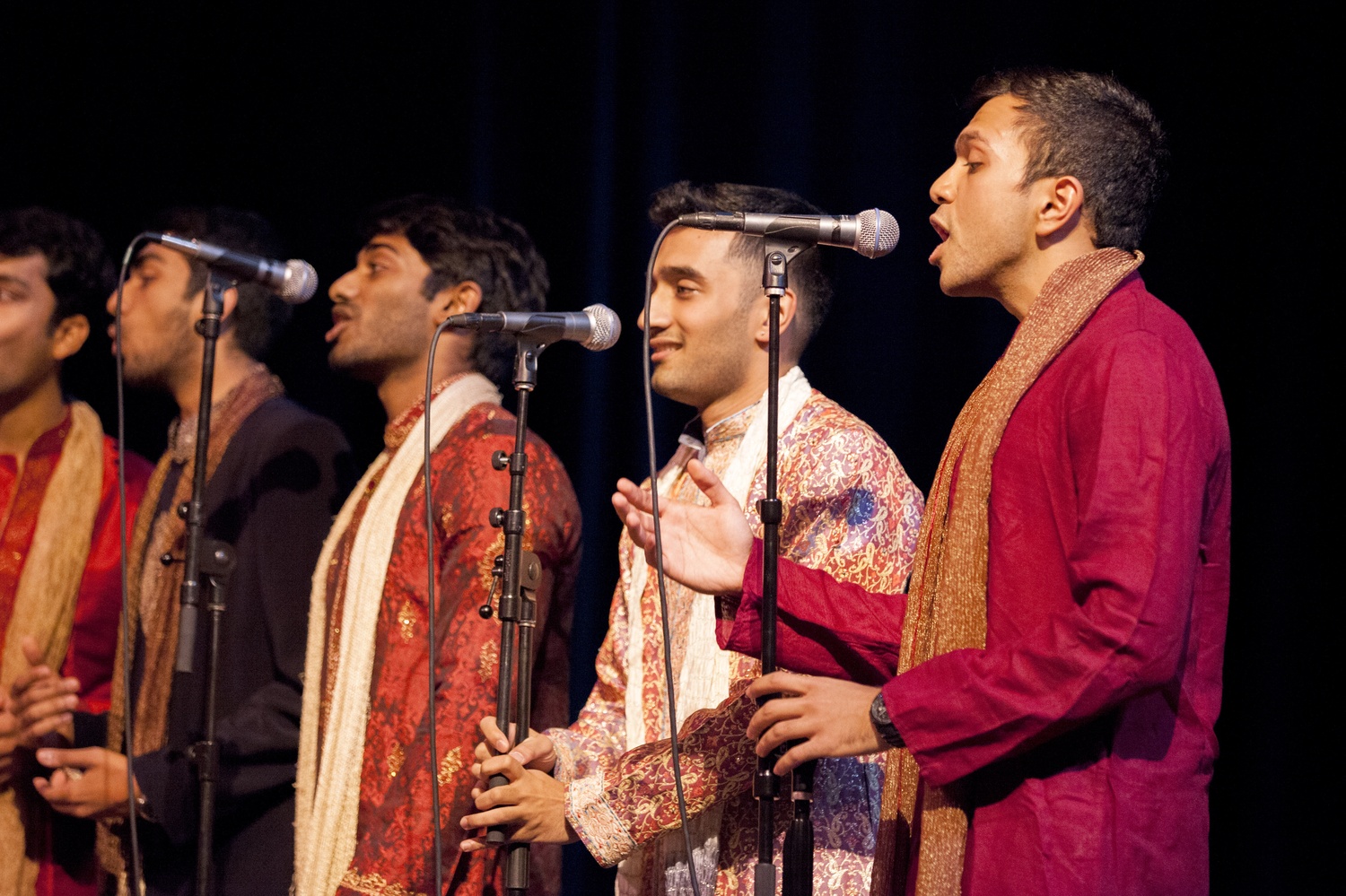 On Saturday evening, Penn Masala, which bills itself as the world’s first South Asian a cappella group, performed a sold-out show at the Cambridge Rindge and Latin School’s Fitzgerald Theatre. Penn Masala, formed at the University of Pennsylvania in 1996, has performed for Barack Obama and appeared in the 2015 movie “Pitch Perfect 2.” This weekend’s concert was a collaborative effort between the musical group and Harvard’s own South Asian Association.

Penn Masala performed three sets combining covers and original songs. Some songs were mashups of English and Hindi music, while others were classical Indian pieces. The group’s president, Hari Ravi, explained how they choose which songs to perform. “We actually look at multiple factors. For example, since the group rotates, we have different influxes of talent coming in. So we like to cater to the songs that we perform to whoever can sing well,” he said. “[If] we have an R&B talent, we like to put some songs into the concert list that feature R&B music or something. If we have really sweet indie tones, we like to put those voices in there as well…. Also, we like to promote the latest albums, so we have a couple of those latest songs on there as well.”

The music director of the group, Praveen P. Rajaguru, also spoke about their set list. “We always have our fan favorites…. They’re what [the audiences] come to hear. So we try to perform those songs as well.” Rajaguru explained that the group tracks views on their Spotify playlists and YouTube videos to determine their most popular songs.

Sruthi L. Muluk ’19, the South Asian Association’s outreach chair and co-lead and an inactive Crimson news editor, explained that Saturday’s concert was about more than music. “We are donating a portion of our proceeds to a charity called Pratham USA, which is dedicated to educating kids in India that do not have the opportunity to do so,” she said. “So we’re really excited about that.” Before the co-leads introduced Penn Masala, they had a representative from Pratham USA speak about the organization.

According to Simi Shah ’19, the cultural chair and another co-lead, the South Asian Association thought carefully before choosing a charity to support. “We went through a pretty hard list of organizations that we were contemplating donating to,” she said. “But I also think that investing in education is very important, and Pratham is a reputable organization that has done so much work. [The organization] maintains a presence all over the United States and in India, and when we reached out to them, [they were] just incredibly personable people that are really excited to be involved.”

Both co-leads agreed that the Penn Masala concert was an important way of spreading South Asian culture. “The coolest thing about this concert is that it’s bringing together South Asian students from all around Boston schools, which is something that is kind of hard to do,” Muluk said. “Usually SAA is focused on bringing the South Asian students in Harvard to their events, but this is [on] a really large scale. We have tons of kids from BU, MIT, Wellesley, all over, attending. So we’re really, really excited to be able to bring that many different types of people together.”