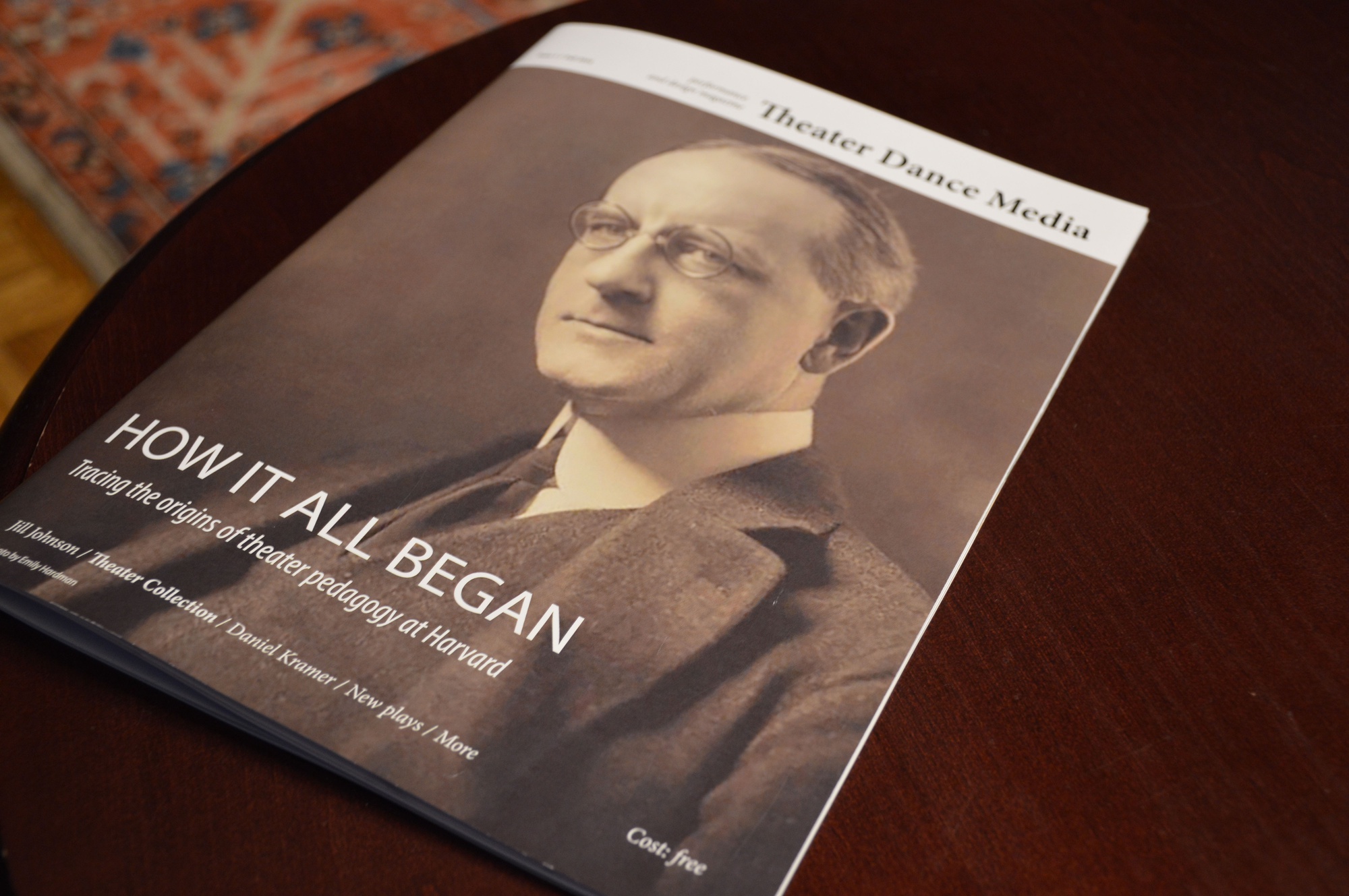 Theater Dance Media, a new student-produced magazine focusing on design and performing arts at Harvard, debuted this week as its student staff members seek to establish an official student organization.

Nine Theater, Dance, and Media concentrators, who began working on the project in the spring, produced the inaugural edition. Since the project’s inception last year, the group solicited student work ranging from photographs to academic papers to excerpts of plays. Eleven students from a range of concentrations, as well as some recent graduates, contributed work to the first issue.

Sam A. Hagen ’18, a TDM concentrator and the magazine’s editor-in-chief, said he hopes the magazine can provide a more concrete way to present student work to students, faculty, alumni, and others interested in the performing arts at Harvard.

“If you pick up this magazine, each semester you will know what is going on in Harvard Theater, Dance, and Media—whether that is performances that are happening or happened, whether that’s what papers people are writing, what designs people are making, what plays they’re writing,” Hagen said.

The 64-page magazine features interviews with Theater, Dance, and Media department faculty, including Dance Director and Senior Lecturer Jill Johnson and Daniel Kramer, the artistic director of the English National Opera, who is teaching a course this semester as well as directing the concentration’s fall production “A Dream Play.”

The magazine’s designer, Sarah K. Grammar ’18, explained that the magazine currently receives funding through a combination of advertising revenue from campus performance groups and TDM departmental support. She and Hagen said they want the magazine to become financially independent from the department, however.

While the magazine’s staff for the first issue consists of solely TDM concentrators, Hagen and Grammar said they hope that students from outside of the department will become involved in its production in the future.

“We want it to be a really inclusive staff experience,” Grammar said. “The vision I think of the staff structure from here on out is that a TDM concentrator, an English concentrator, and a science concentrator all have an equal chance to one day potentially be the editor-in-chief.”

The students behind the publication have taken other steps to solidify the magazine’s presence on campus. Hagen said they have applied to the Office of Student Life to be recognized as an official organization, and are currently awaiting that decision. Having a dedicated space to work and greater control over finances would allow the staff to publish more material and distribute the magazine more widely, according to Hagen.

In addition, the group intends to digitize the publication for greater accessibility to a wider readership. However, the magazine’s staff has not yet decided on a format for the publication’s online presence.

“We want to be online, because people read things that they see shared on Facebook,” Hagen said. “Students create so much good work here, and up until before this magazine... a lot of the designs, and the papers, and the plays that people wrote, not enough people were seeing that stuff.”

TDM Director of Studies Deborah D. Foster praised the magazine and the students behind it. She also expressed her own hopes that the magazine will expand to include more people on campus.