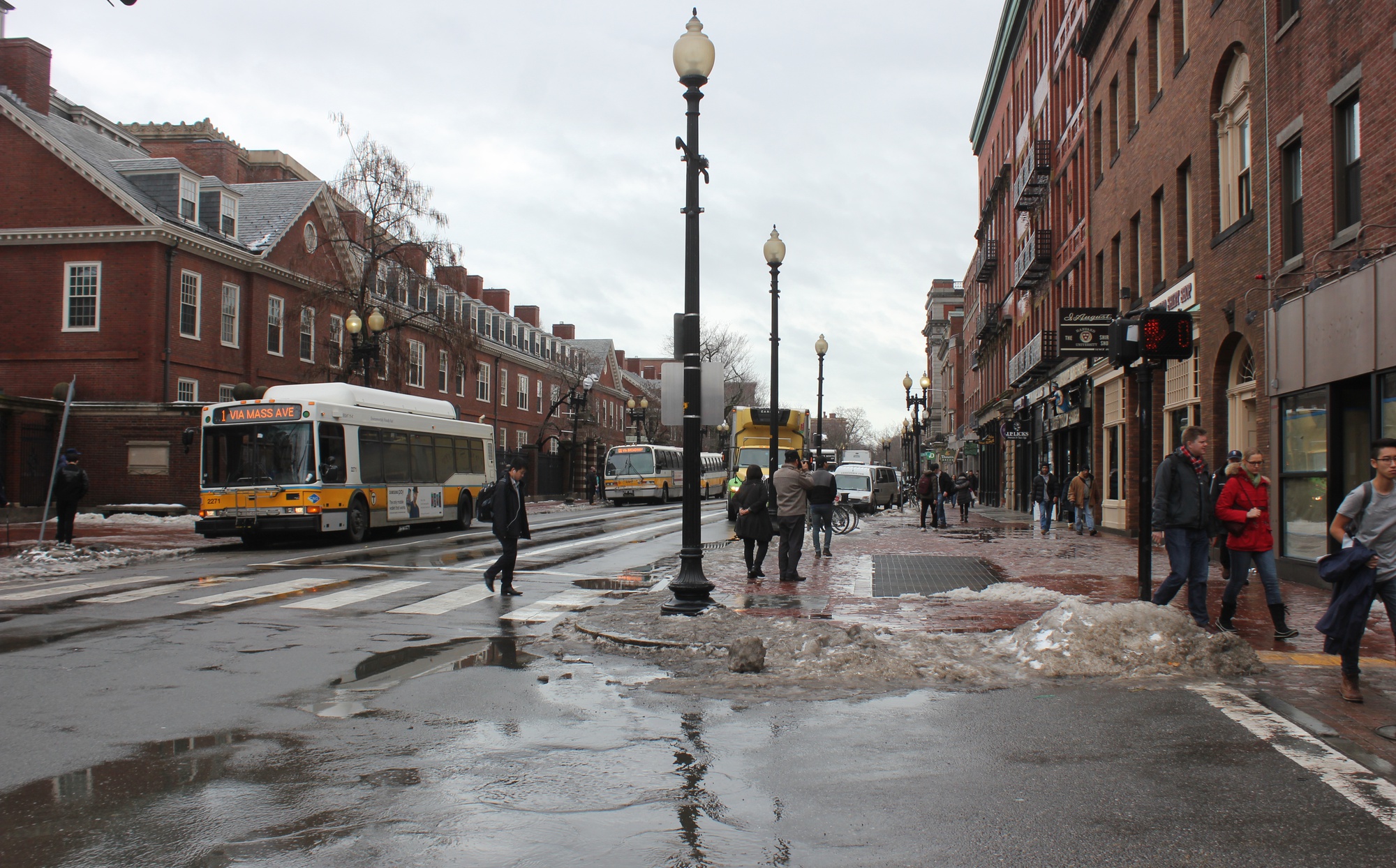 Despite a weekend of subzero temperatures in the area, melting snow filled the streets of Cambridge as a unusually warm high of 55 degrees Fahrenheit hit the area on Tuesday.
By Madeleine A. Granovetter, Contributing Writer 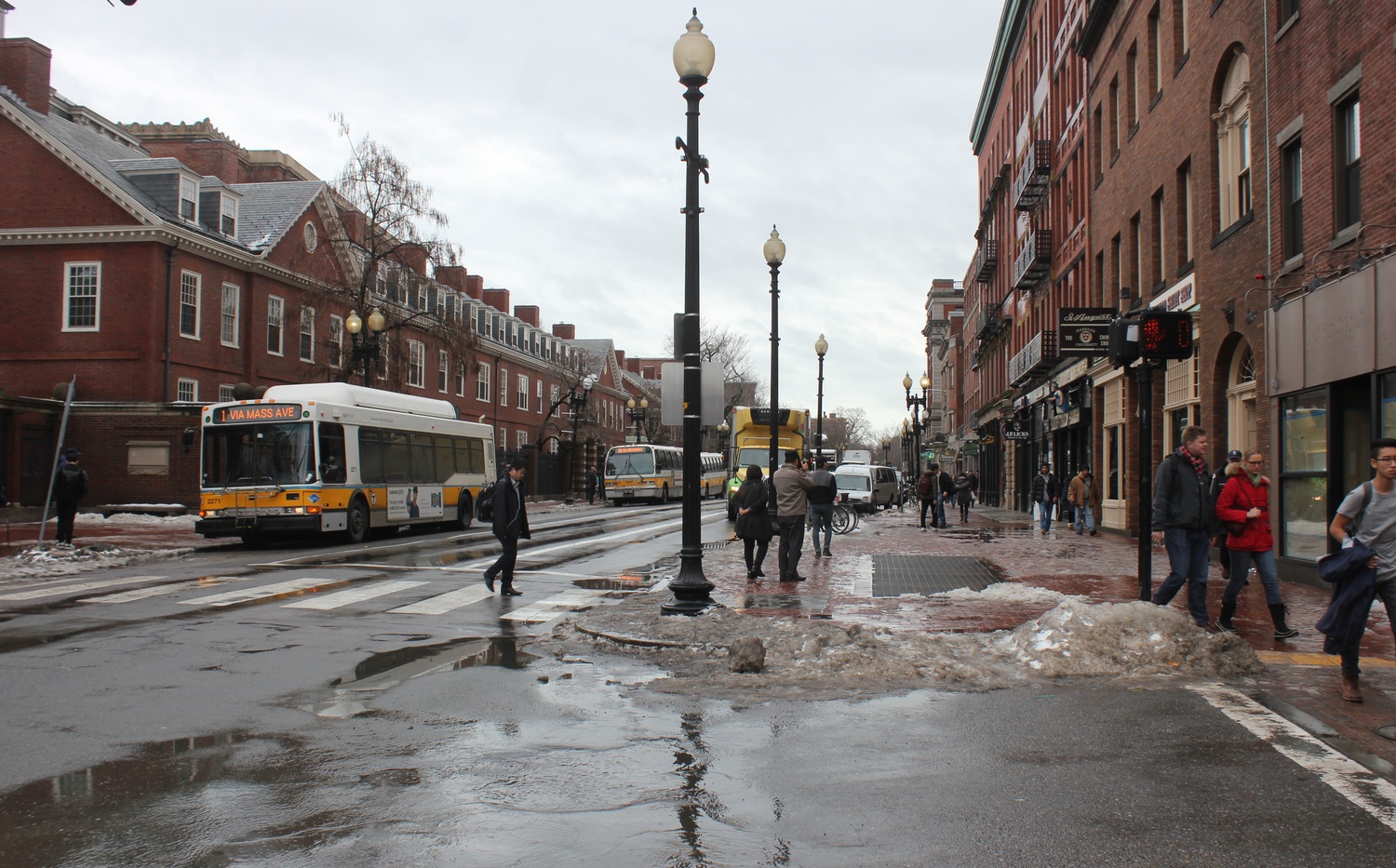 Despite a weekend of subzero temperatures in the area, melting snow filled the streets of Cambridge as a unusually warm high of 55 degrees Fahrenheit hit the area on Tuesday. By Lauren A. Sierra

To combat the extreme cold, many students reported wearing several layers and even avoiding the outdoors if possible.

“I wore two pairs of mittens,” Vanessa H. Boyle ’19 said. “I wore two jackets: a smaller jacket and a larger jacket. I wore Doc Martens. They were the warmest shoes I had.”

In preparation for the abnormal weather, Dean of Freshmen Thomas A. Dingman ’67 and several House Deans advised students via email of precautionary measures and potential impacts related to the extreme cold and windchill.

Many students heeded the advice, opting to stay indoors even if it meant skipping meals in the dining halls.

According to AccuWeather forecasting service, last weekend in February historically averages a high of 38 and a low of 24 degrees Fahrenheit. The subzero temperatures were shocking, then, even to some East Coast natives.

“Even though I’m from New York, and it sometimes gets that cold, I could forget that weather like that is real. And it came out of nowhere,” Jason A. Mills ’17 said.

Jonathan K. Kosgei ’19, a native of Kenya, expressed similar astonishment that a New England winter could be so bitingly cold.

“My face was almost frozen after the first three seconds I went out. I have never been that cold,” Kosgei said.

Still, some students expressed less aversion to the freezing temperatures and even developed effective coping mechanisms to take a more positive outlook towards the extreme weather.

“If you tell yourself that it’s not cold, then it’s not cold. If that’s your perception, your body doesn’t feel as cold,” Pablo A. Reimers ’19 said.

The contrast between Tuesday’s warm weather and the frigid temperatures of the holiday weekend even delighted some students.

“It felt like summer was here. It was so warm. I knew this is New England, and things could change really fast,” Kosgei said.