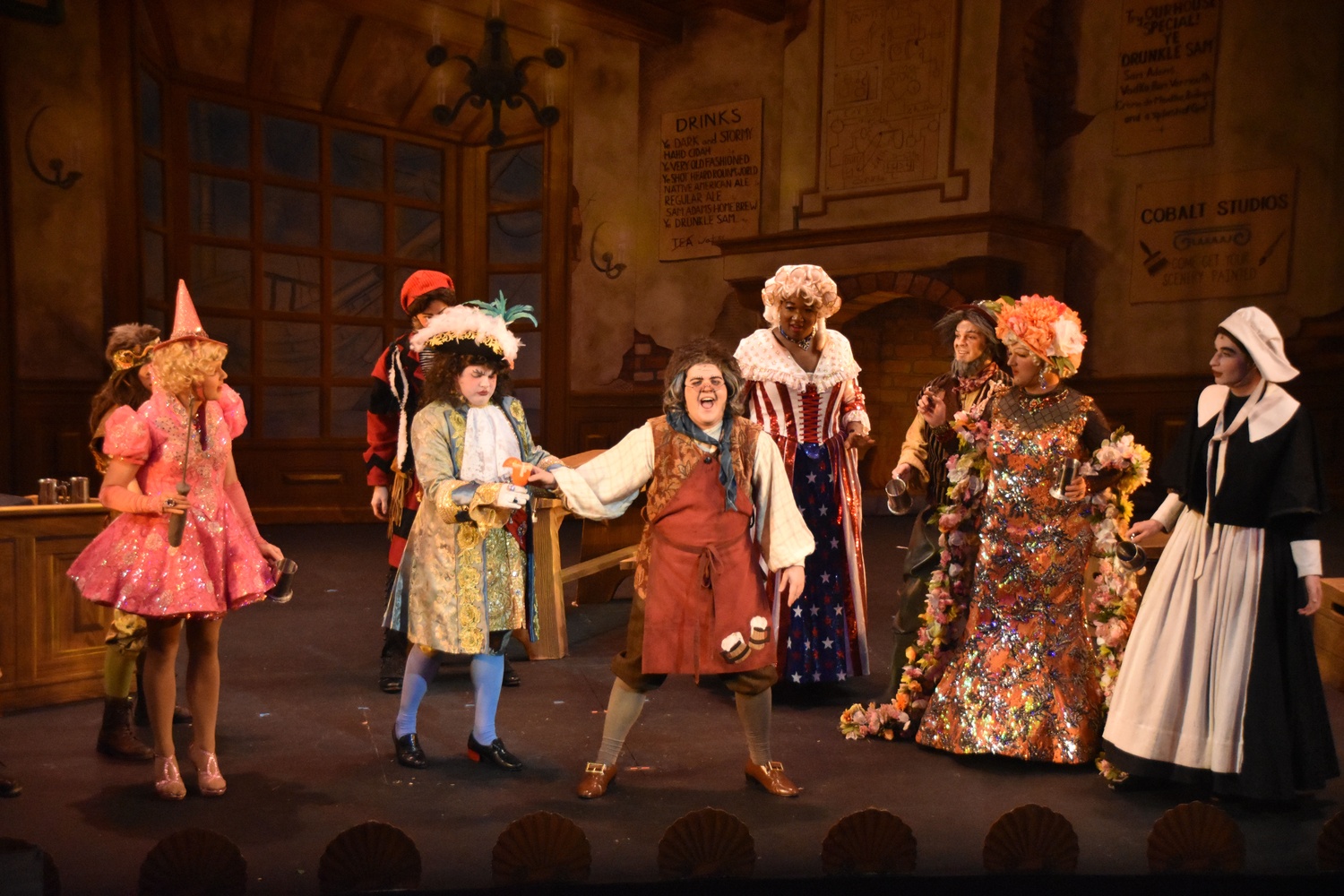 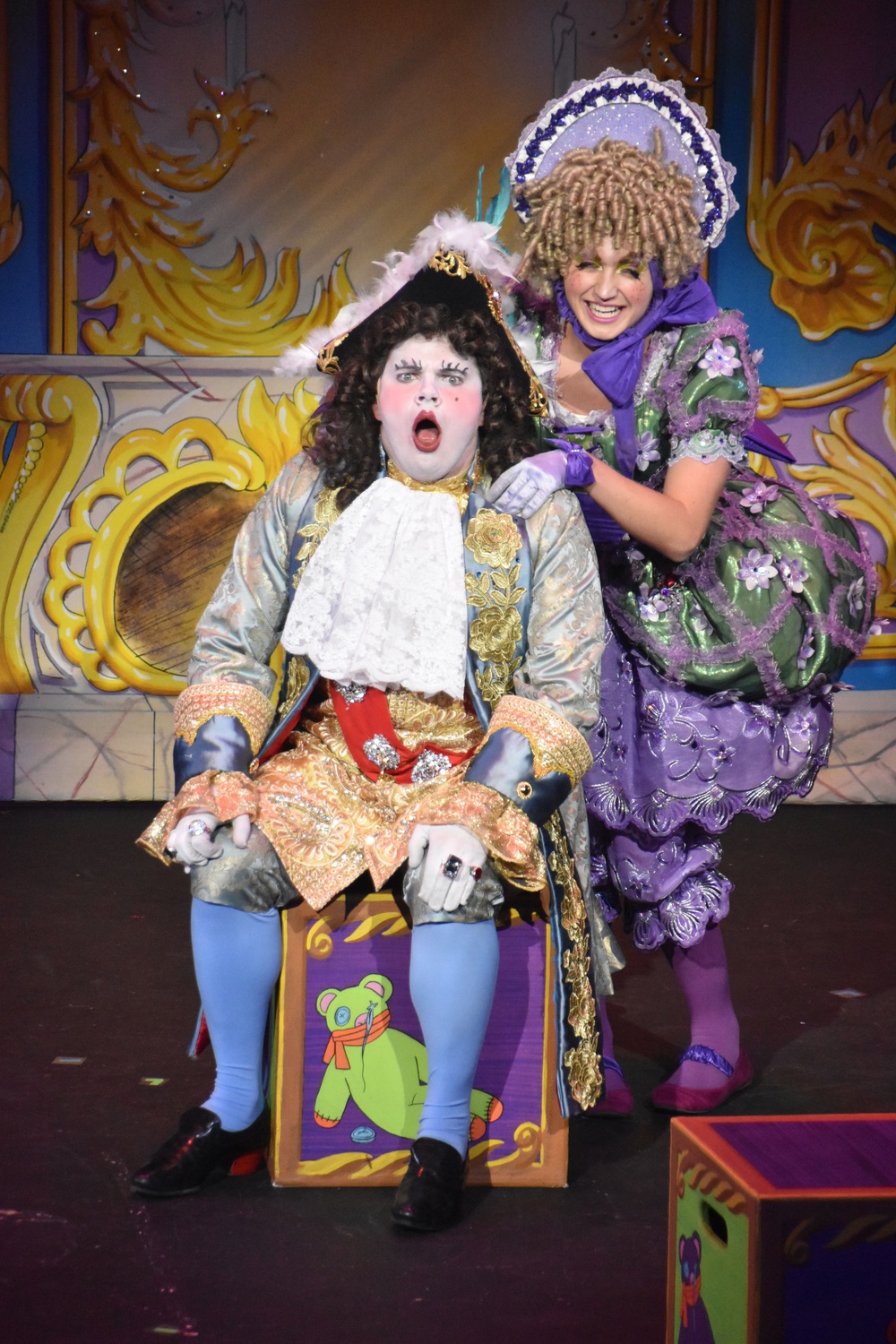 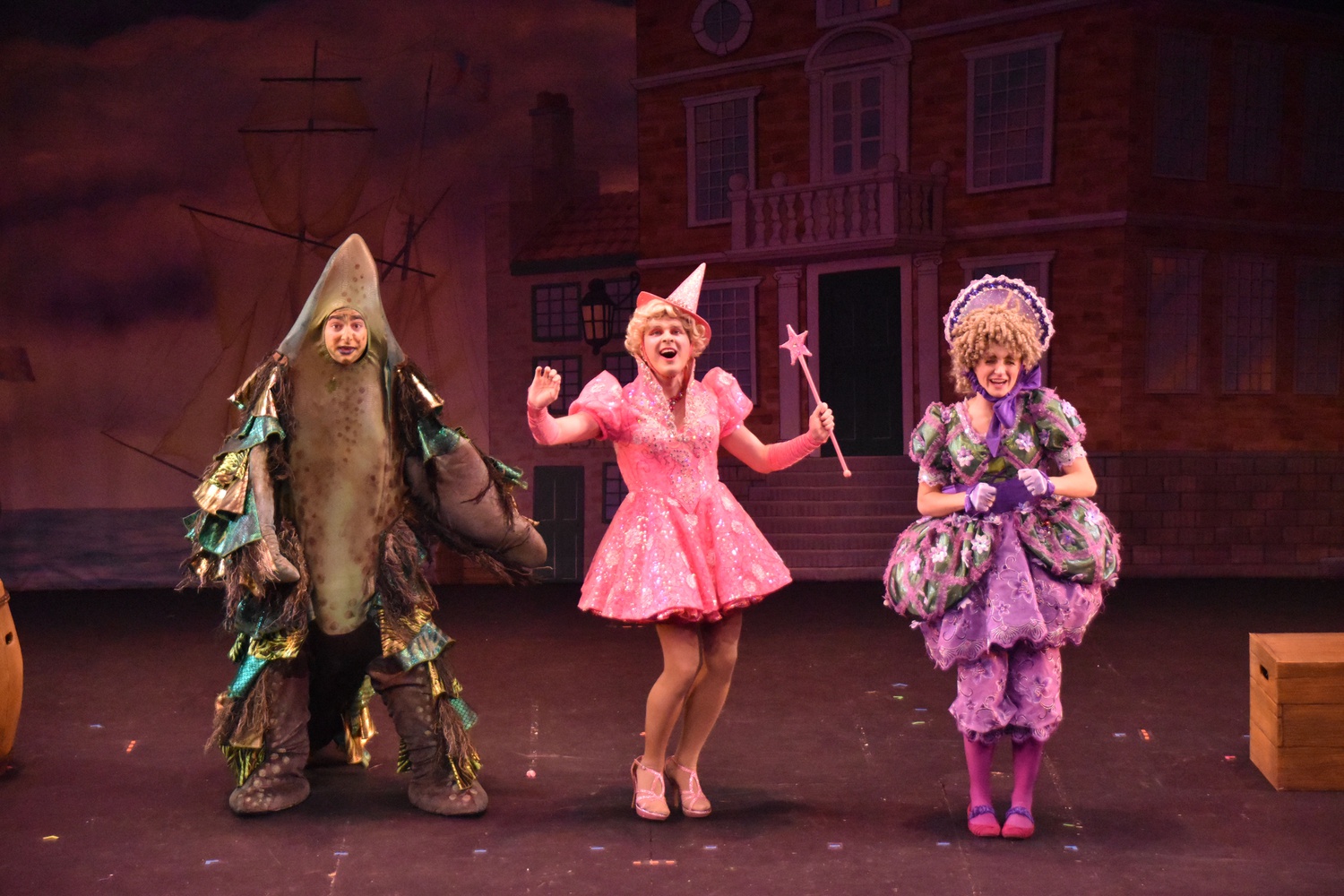 As they sing, dance, and cast spells on stage, men—some in drag—fight for their right to life, liberty, and the pursuit of happiness in the Hasty Pudding Theatricals’ 168th annual production. Running nearly every night from Feb. 6 through Mar. 6 at Farkas Hall, “That 1770s Show” is a musical set in an alternate version of 1775 Boston. A phenomenal performance overall, “That 1770s Show” excels in all fields thanks to talented actors, exceptional stage direction, and a hilarious script that connects colonial strife of the 1770s to the modern day.

“That 1770s Show” follows Betsy Gloss (Joshuah B. Campbell ’16) and an eclectic band of angry Bostonians in 1775 as they express their frustrations about high taxes through mischief and violence. As Governor Bucky Hampalace (Aaron A. Slipper ’18) ignores the plight of his citizens to tend to his greedy and murderous daughter, Anne Heritance (Daniel S. Milaschewski ’17), Gloss and her friends seek the help of alcoholic and genius inventor Benjamin Dranklin (Daniel E. Hughes ’18) and the governor’s wife, Mae Flower (Dylan J. Peterson ’17), to remedy the issue. However, things take an unexpected twist as Anne Heritance’s giant pet, Codzilla (David A. Sheynberg ’16), finds a way to survive on land and sets out to eat the entire Boston community.

The “That’s 1770s Show” script, written by Milaschewski, Jacob D. Rienstra ’17, and A.J. Unitas ’16, is packed with action, romance, and a strange take on American patriotism. Amid all the events that take place in just a few hours, Hasty Pudding Theatricals still manages to retain the brazen sense of humor for which they are so well known. “That 1770s Show” is especially hilarious when it breaks the fourth wall. Characters warn students of alcoholism as Benjamin Dranklin guzzles down a cocktail, breaking his short-lived sobriety. A quick advertisement to the Harvard Coop is thrown in as actors walk off the stage. The characters even take a ride on the T, its infamous “The next train to Alewife is now arriving” announcement playing in a supposedly technologically unadvanced society.

The script not only manages the balance between reality and fiction well but also excels in challenging trite theater tropes. When characters line up on stage near the end of the show—ready to resolve the story by simply telling the audience what happens to each of them in the future, as many plays do—they are unexpectedly invaded by a new challenger. The musical quickly shifts into a chauvinistic dance sequence that, despite having no words or passage of time, is extremely engaging and aesthetically pleasing. Soldiers in short and sparkly dresses line up in different formations, their coordinated dance steps mimicking a march. They wield white rifles and move across the stage, casting tall silhouettes onto the back wall. Shiny streamers add to the comically patriotic effect, stars move around the stage, and actors perform leg-kicks in perfect unison. The dance reflects the consistently strong stage direction that makes the musical exceptional.

Furthermore, the lighting of “That 1770s Show” maximizes the space’s potential. Light creates different ground textures that mimic the settings of certain scenes—like a Bostonian cobblestone road or a forest floor. Colored lighting also helps to emphasize the emotions felt in different scenes. When a character is attacked by a sea monster offstage, red light flashes with every chomp or scream, leaving much to the imagination. As Anne Heritance is bound by ropes, her internal thoughts are met with a dramatic change in lighting, the blue tint and her echo-like voice mimicking the inside of her mind.

It is the actors’ performances, however, that make the musical whole. The witch Galinda Witchhat (Kyle R. Whelihan ’17) teeters around in high heels, showcasing her ditzy nature without words. Gloss is strong in nature, making her eventual leadership role fitting. Anne Heritance screeches and throws temper tantrums with no restraint, and Mae Flower’s indulgent personality is reflected in the swaying of her hips as her character moves across the stage. Each actor performs his character to the fullest extent. And, as for the music, written by Dylan MarcAurele ’16, the songs are catchy, energetic, and flawlessly executed.

The Hasty Pudding Theatricals delivers on all fronts in its retelling of the start of the Revolutionary War. Strong performances, along with incredible stage direction and an uproarious script, make “That 1770s Show” a professional, lively, and entertaining musical.