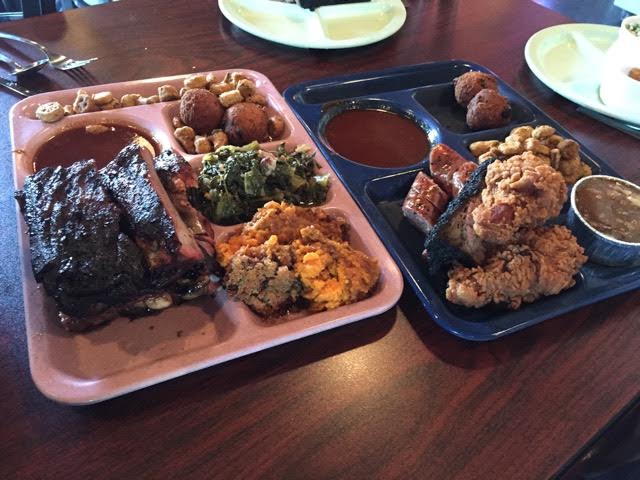 Eating My Way Across the United States

It was, without a doubt, the best brisket I’ve ever eaten—thick slabs of meat, blackened around the edges, yet nonetheless so tender it melted immediately in my mouth.
By Hannah Natanson

The beginning of the meal was not auspicious. After placing our order with the waitress behind the counter (whose gruffness belied oft-repeated claims of Southern hospitality), we were faced with an oversized Colt 45 malt liquor ad in which actor Billy Dee Williams leers and clutches a can to his chest above the slogan, “Works Every Time.” After I sank my teeth into Slow Bone’s Barbequed Brisket, however, my qualms were forgotten. It was, without a doubt, the best brisket I’ve ever eaten—thick slabs of meat, blackened around the edges, yet nonetheless so tender it melted immediately in my mouth. Those who’ve only eaten thin-sliced, deli-style simulacrums of brisket know nothing of the matter. Unfortunately, the accompanying hushpuppies were altogether disappointing: thick spheres of cornmeal fried until they’d lost all flavor and gained, instead, the consistency of cement.

I should have been tipped off by the strings of dried, hot peppers hanging from the wooden rafters. Though festive white Christmas lights partially obscured the deep red bundles, the message was clear—the food at Café Pasqual’s was going to be incendiary. After a throat-burning sampling of my parents’ appetizers, I swiftly set aside two tall glasses of water to get me through my entrée. I was pleasantly surprised, however, by my order of Cochinita Pibil Yucatan Style, slow-cooked pork wrapped in a banana leaf and accompanied by three soft corn tortillas, habanero-marinated onions, corn, zucchini, and fried plantains. The pork was tender, with a subtle wealth of flavor expertly highlighted by the sweet and ever-so-slightly spicy onions.

For the perfect bite, wrap pork, onions, corn, zucchini, and one fried plantain in a corn tortilla—but avoid the fiery chunks of habanero lurking amongst the similarly colored onion slices.

The waitress at Café Du Monde knew exactly what we’d come for. Midway through my father’s order, she had already bustled off. Moments later, she reappeared, deftly weaving her way through the crowded patio with three Beignets and three Café au Laits held aloft. My beignet, an iPhone-sized slab of fried dough laded with mounds of powdered sugar, was delicious (how could such a combination not be?). But there was neither subtlety nor lasting appeal to the treat—three bites were all I could stomach. In contrast, the café au lait proved an unmitigated delight, creamy and rich with its undertones of chicory.

If beignets are New Orleans’s star performer, the diva-dish of flashy but unsustainable talent, then chicory-enhanced café au lait is the city’s underrated understudy, just waiting in the wings for a richly deserved big break. 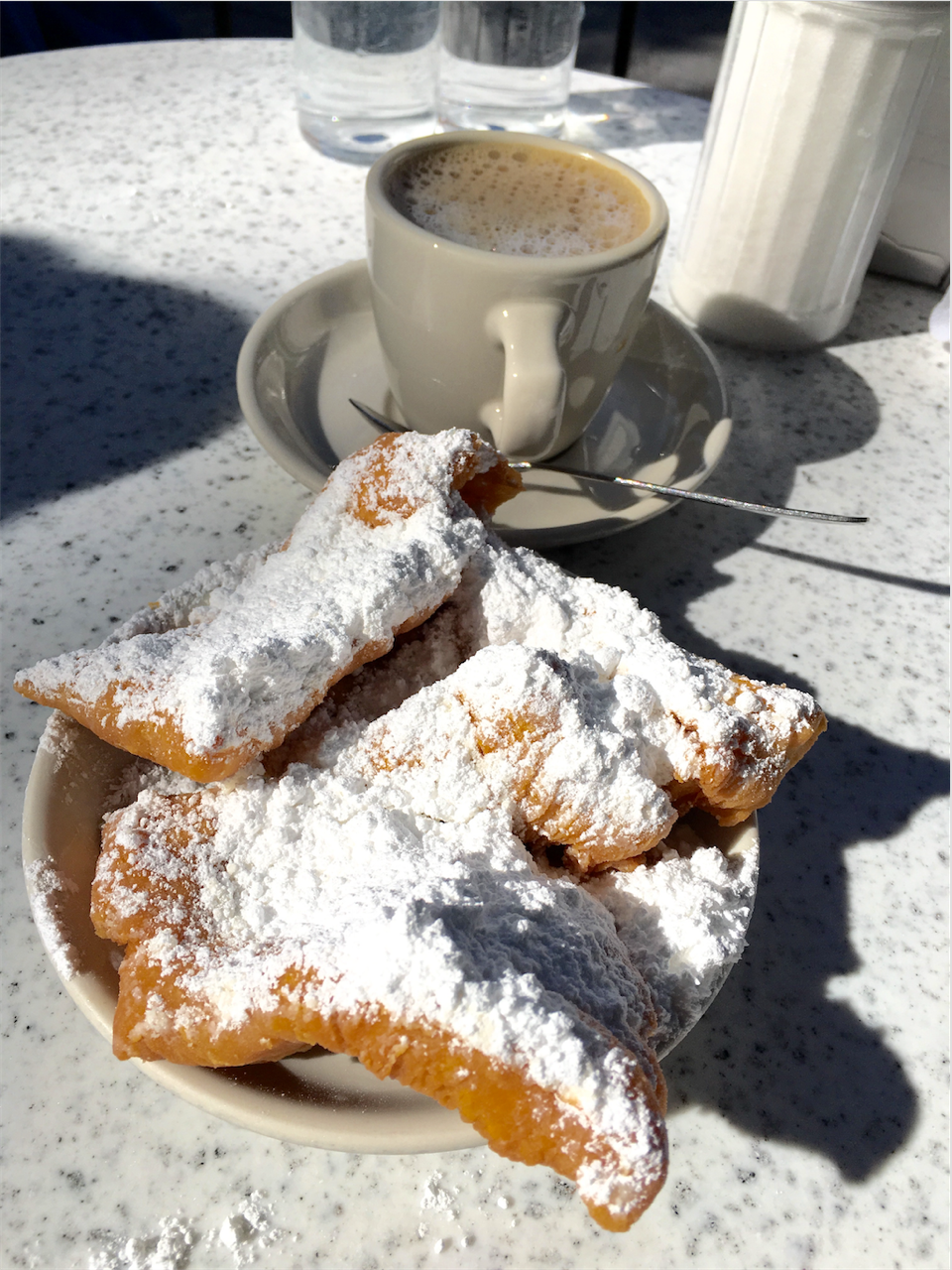 It was the kind of food that made my mother forget the preprandial loss of her wallet (replete with three credit cards, her driver’s license, and her social security card). Sitting at an elegant wooden table with modish gray placemats—the damp San Francisco night pressing against the floor-to-ceiling windows that lined one wall of the restaurant—we dined on Roka Akor’s “stand-out dishes,” according to our lithe, attentive, and soft-spoken waiter. Most memorably, we sampled Crispy Brussels Sprouts. The vegetables were frizzled to a crunchy texture that brought out the earthy, rich flavor of the vegetable, sharpened by a sprinkling of Japanese mustard. Pale bonito tuna flakes perched atop the dish seemed to breathe in and out, fluttering in the currents of steam that rose from the hot sprouts.

The only thing better than the meal? My mother found her wallet the next morning.