The club "took no action" on its single gender character. 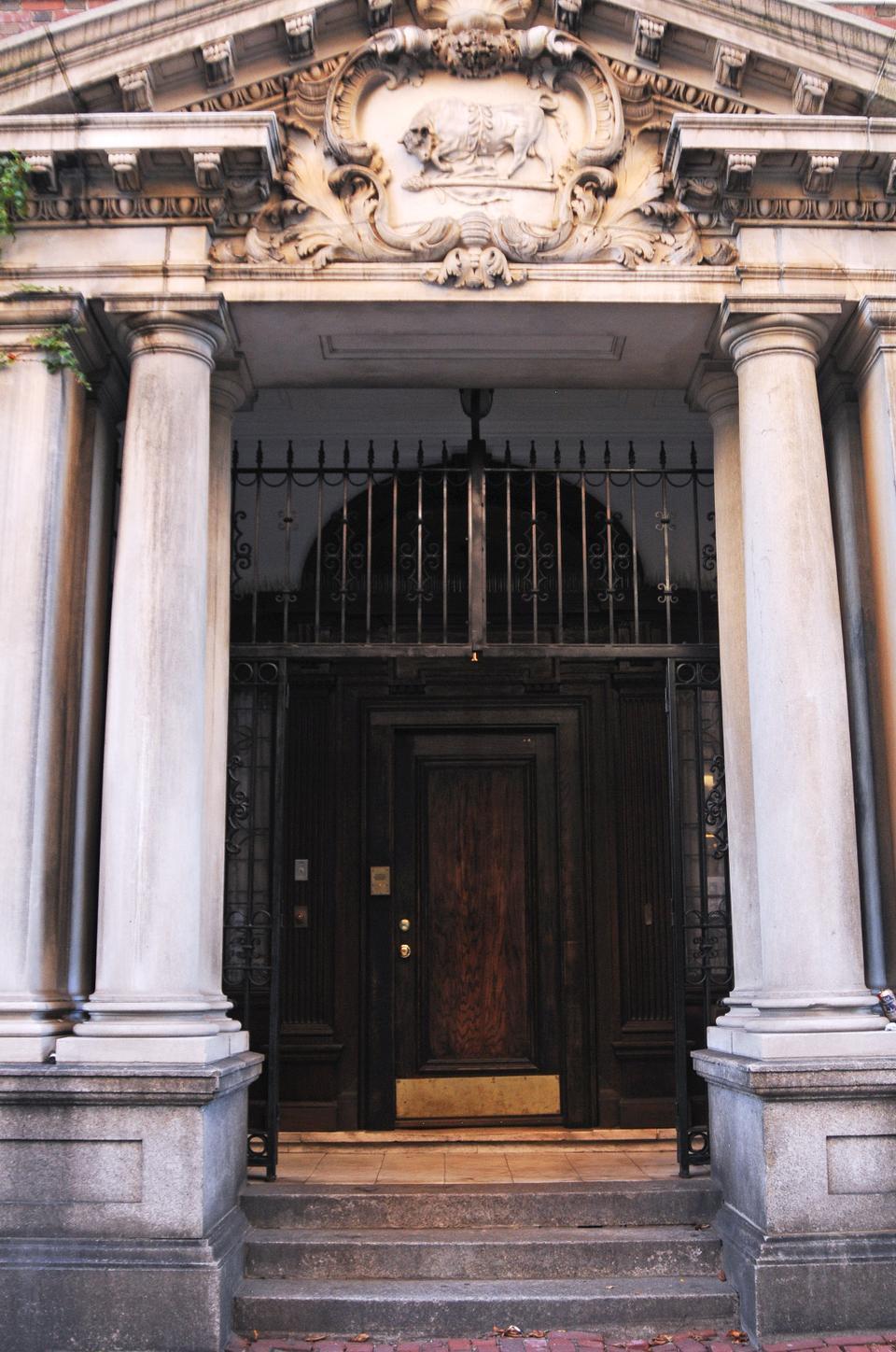 The A.D. Club has occupied its current location since 1900.
By C. Ramsey Fahs, Crimson Staff Writer

A.D. Graduate President Kenneth G. Bartels ’73 announced the sweeping changes to the club’s selection process in a message to all members on Tuesday obtained by The Crimson. Bartels wrote that that the policy changes were “in response to and in keeping with the recommendations of Harvard University’s Task Force on the Prevention of Sexual Assault.” The task force’s report earlier this month sharply criticized all-male final clubs for their membership policies, high prevalence of “nonconsensual sexual contact” among female undergraduate seniors who participated in the groups’ activities, and for contributing to what the report called a “culture often inimical to Harvard’s mission.”

The A.D. Club has occupied its current location since 1900. By Bora Fezga

Bartels wrote that “the Graduate Board took no action on the single-gender character of the club.” Last fall, in the face of administrative pressure to go co-ed, undergraduates in the A.D. indicated they strongly opposed any membership changes in an email to their graduate leadership.

The A.D.’s new policies will alter the recruitment process for new members. Punch, the weeks-long selection process for final club membership each fall typically involves multiple rounds of cuts and events and has traditionally been invite-only.

The club will also close its doors to guests—apart from family members—a policy at least one group employed last year in the face of increased scrutiny from the College.

The A.D. will augment anticipated College-required annual sexual assault prevention training for all undergraduates with club specific training. Bartels wrote that the club would “liaise with the University to tailor our training program to ensure that we address this matter effectively.”

Bartels wrote that the Graduate Board, Trustees, Undergraduate officers and Steward of the A.D. club met on March 24 to discuss the new policy changes. In his message this week, Bartels directed club questions or comments to the five-member “Task Force on the Future of the A.D. Club.”

The A.D.’s policy changes may represent an effort to avoid further scrutiny from College administrators who have refused to rule out any option in order to compel the clubs to go co-ed and alter their membership selection processes.

The University task force’s report on sexual assault prevention encouraged the College to “engage with the Final Clubs toward the objective of nondiscriminatory and open membership practices. “If those conversations fail to make progress, or if the transition by the Clubs to open and nondiscriminatory membership practices fails to address the issues we have identified in this report, we believe the University should not rule out any alternative approaches,” the report continued.

A subsidiary report from the Task Force’s Outreach Subcommittee suggested one such alternative: banning undergraduate enrollment in final clubs.

The A.D. Club detailed the policy changes on Tuesday, the same day that College administrators met with undergraduate leaders of the final clubs. During that meeting, Dean of the College Rakesh Khurana issued an April 15 deadline for the clubs to inform administrators as to whether or not they will go co-ed.

Just last week, some A.D. graduate leaders met with Khurana. Khurana, Bartels, and Walker Kirby ’16, an undergraduate member of the A.D.’s task force, declined to comment on whether the April 15 deadline was discussed during their meeting or whether administrators requested any of the new policies.