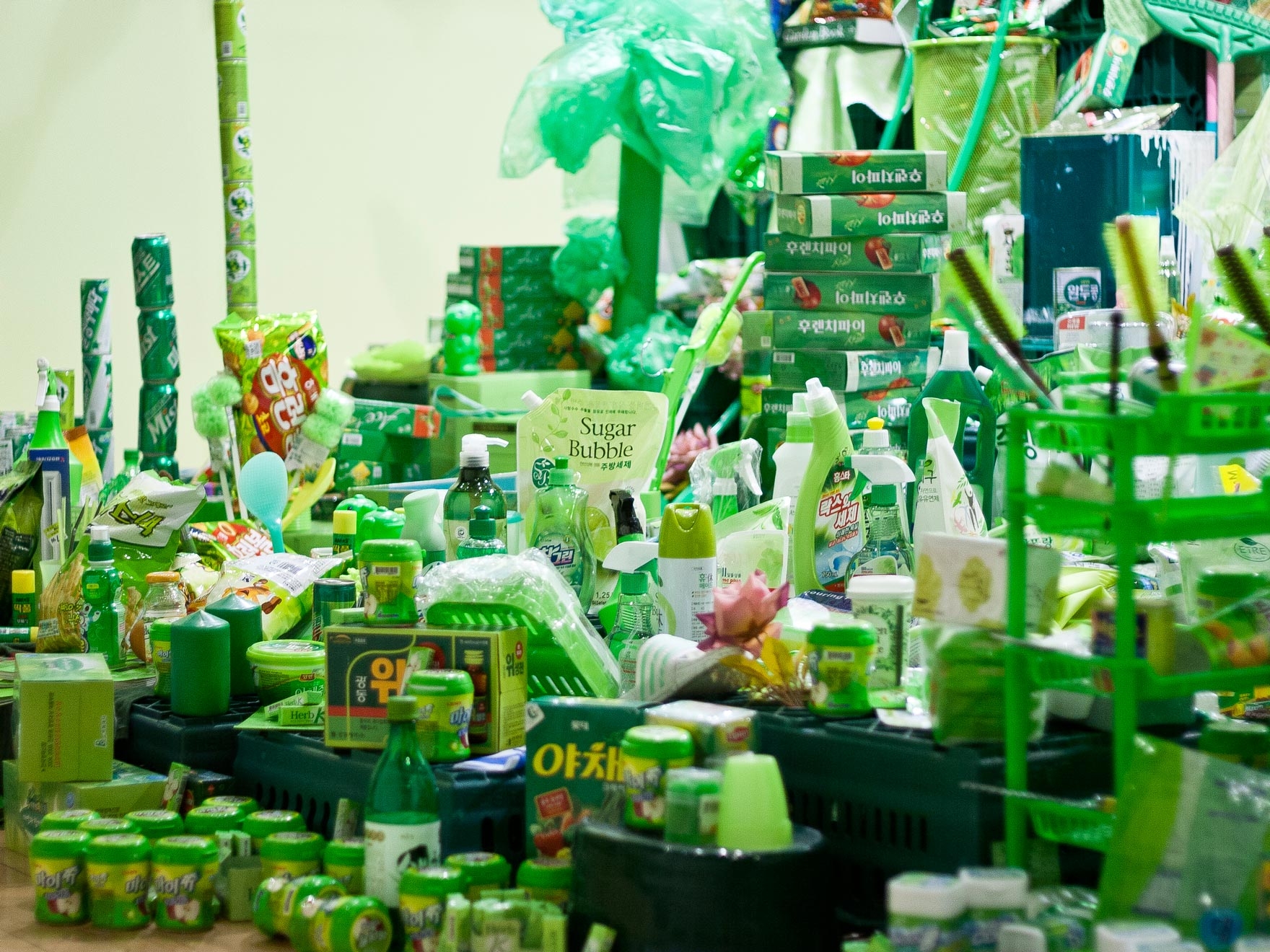 In keeping with the scale of its subject matter, “Megacities Asia,” the latest exhibition at the Museum of Fine Arts, extends throughout and beyond its gallery spaces. Enormous objects and site-specific sculptures are scattered throughout the museum—and even, in the case of Korean artist Choi Jeong Hwa’s “Breathing Flower,” on the front lawn. Much as they would circulate through an urban space, visitors walk in, around, and through installations. The pieces on display explore diverse issues of contemporary urbanism, from architecture to waste, from commercialization to transportation. The exhibition foregrounds the work of artists attempting to respond to the unprecedented scale and complexity of modern cities.

The MFA selected 11 artists from five megacities—cities with populations of over 10 million—for the show: Seoul, Shanghai, Beijing, Delhi, and Mumbai. Edward Saywell, chair of contemporary art and MFA programs at the museum, says that he believes “Megacities Asia” will inspire critically important conversations. “[The exhibition] deals with issues that are extraordinarily pressing in all of our lives, the extricable issues that are related to the rise of the megacity,” Saywell says. “Every time you Google ‘megacities’ the number [of them] seems to climb, and [with it], the attendant issues related to the environment, urbanism, health, transportation, education, and so forth.”

While regions across the world have seen dramatic surges in urbanization over the past 50 years, Asia has experienced the most rapid change: A majority of the world’s megacities are located on the continent. “There’s something really interesting happening in Asia in regards to urbanization,” says Laura Weinstein, curator of South Asian and Islamic art at the MFA. “What we really wanted to focus on is what’s changing now and what kind of dialogue that is sparking in the artistic community.” 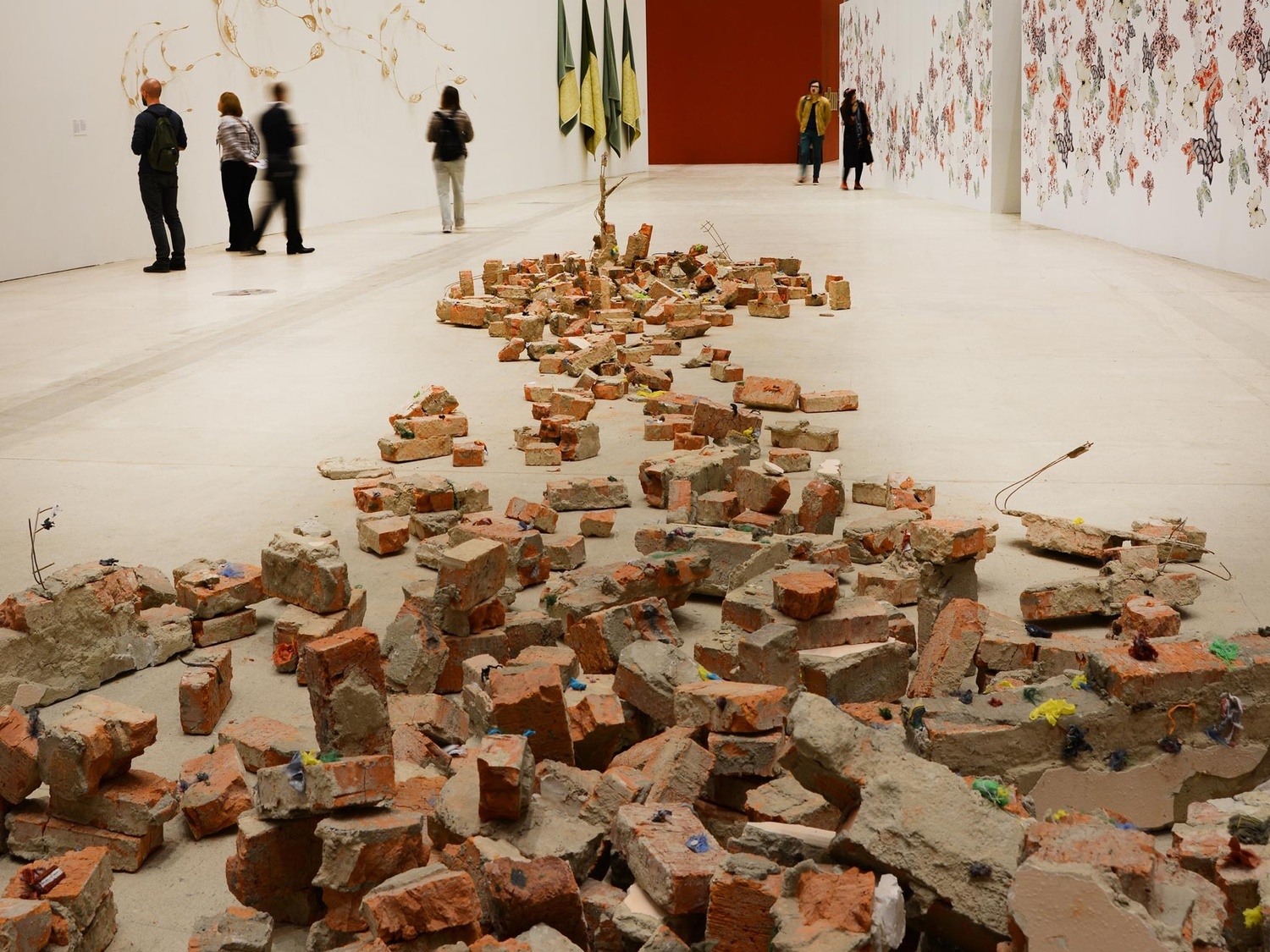 “Temperature,” by Yin Xiuzhen. By Courtesy of Moscow Biennale of Contemporary Art

Beijing-based artist Yin Xiuzhen, for instance, explores the relationship between the city and the citizen in her 2009-2010 work “Temperature.” In the piece, chunks of rubble from apartment buildings that have been razed in Beijing lie side by side, stuffed with bits of used clothing. Xiuzhen drew from the debris of both older 18th-century structures and much newer buildings not obviously in need of repair. “The artist has put the fabric into the little cracks in the rubble in a way that reflects the fact that she thinks of clothing as absorbing the human spirit—that everything you wear is on your body and absorbs and witnesses your identity, and the same thing [is true] for the walls of a home,” Weinstein says. Xiuzhen juxtaposes the violently destroyed brick with the tattered remains of colorful clothing. “It’s a way of suggesting that even though the buildings may be lost, the community persists,” Weinstein says. “The people that were evicted from those homes will find another place to take roots in the future.” 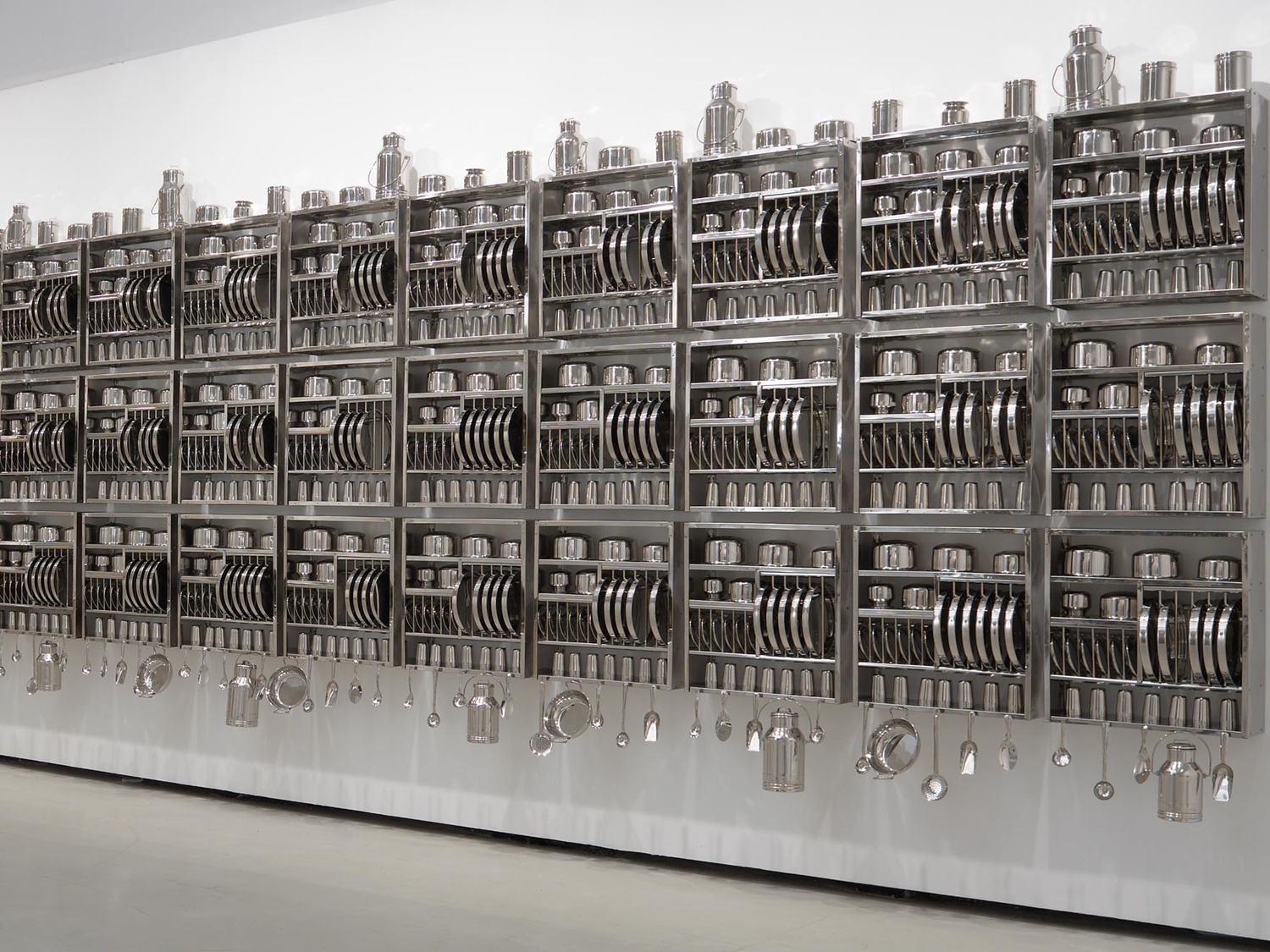 “Take Off Your Shoes and Wash Your Hands,” by Subodh Gupta By Courtesy of José Luis Gutiérrez

A similar conversation takes place in the 2008 work “Take Off Your Shoes and Wash Your Hands” by Delhi-based artist Subodh Gupta. A vast wall of stainless-steel utensils placed in rows greets visitors upon entering the gallery. Each row includes slight irregularities in its arrangement of cooking and eating implements. Weinstein connects these irregularities to Gupta’s larger vision of the modern city. “Even though you have this huge population packed close together, so tightly, there’s not a lack of humanity,” Weinstein says. She added that Gupta’s work evokes some key challenges in a densely populated city: feeding the masses and creating a sense of urban community. “All these households are connected through one another through food, and food is for this artist a way that a mass gathering of strangers becomes a community,” Weinstein says. 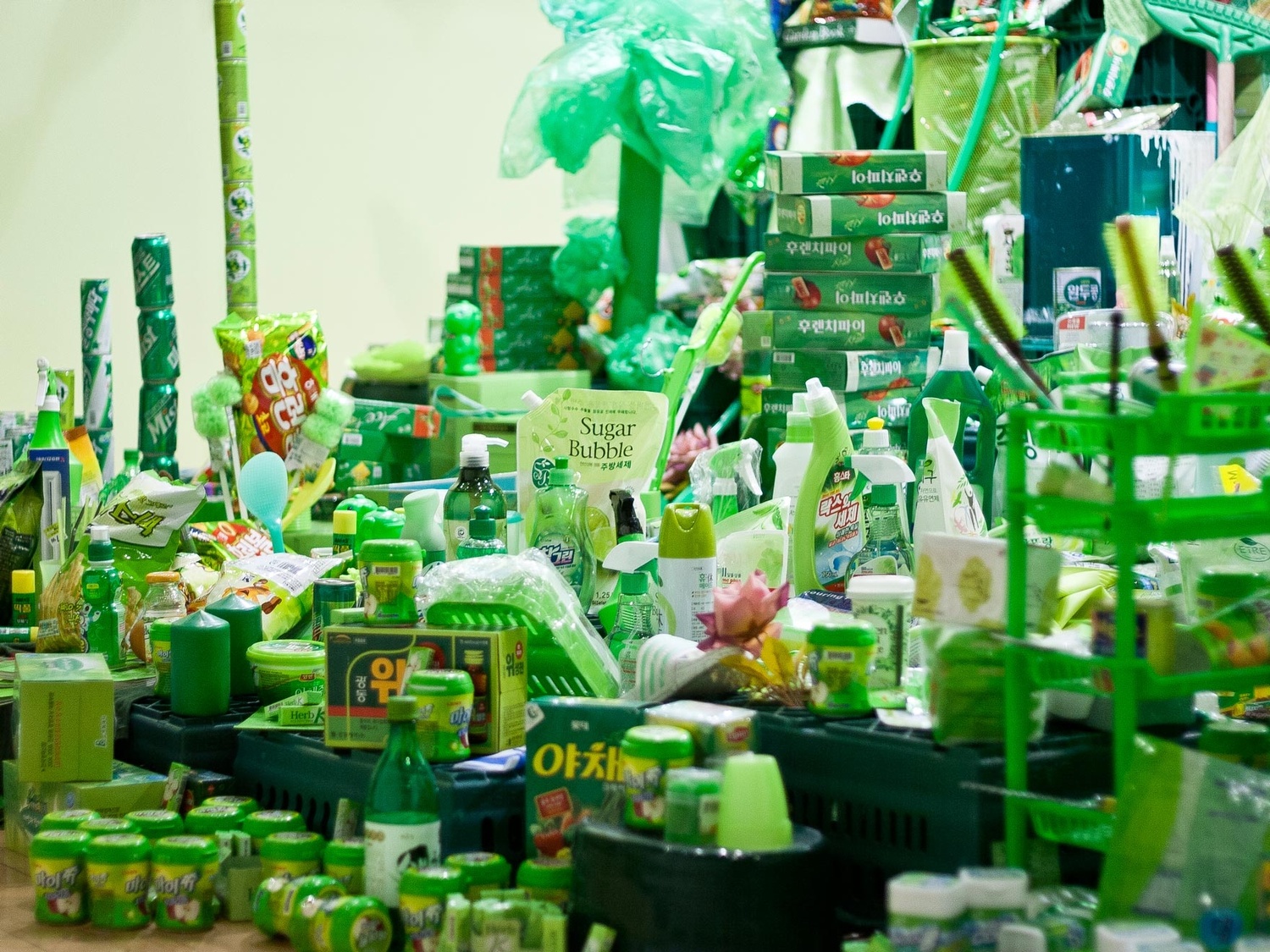 Artists featured in “Megacities” also reflect on the strains that urbanization places on the natural environment. In his 2011 piece “Super-Natural,” Korean artist Han Seok Hyun stacks and scatters a wealth of literally green items, only some of which are actually ecologically friendly, purchased in supermarkets in Boston and Korea. Hyun arranges the green products, which range from cleaning supplies to alcoholic beverages, into a configuration resembling a garden. He describes the piece as an examination of the increasing separation of urban consumers from the natural sources of their food. “For my parents, there is not [a] mass product system. They get many foods from the trees, or mountains,” Hyun says. “But now many kids say to their parents, ‘I want to go to the supermarket.’ Not often is [it] said, ‘I want to go to [the] river, mountain.’”

“Megacities Asia” thus surveys the global landscape of contemporary art to find moments when artists are in direct conversation with their surroundings. “Artists have always throughout history and across cultures been on the front lines of change, observing and responding to it,” says Al Miner, assistant curator of contemporary art at the MFA. “That’s clearly true with the issues that we’re dealing with in the exhibition.”

“Megacities Asia” will be on view on the MFA through July 17.