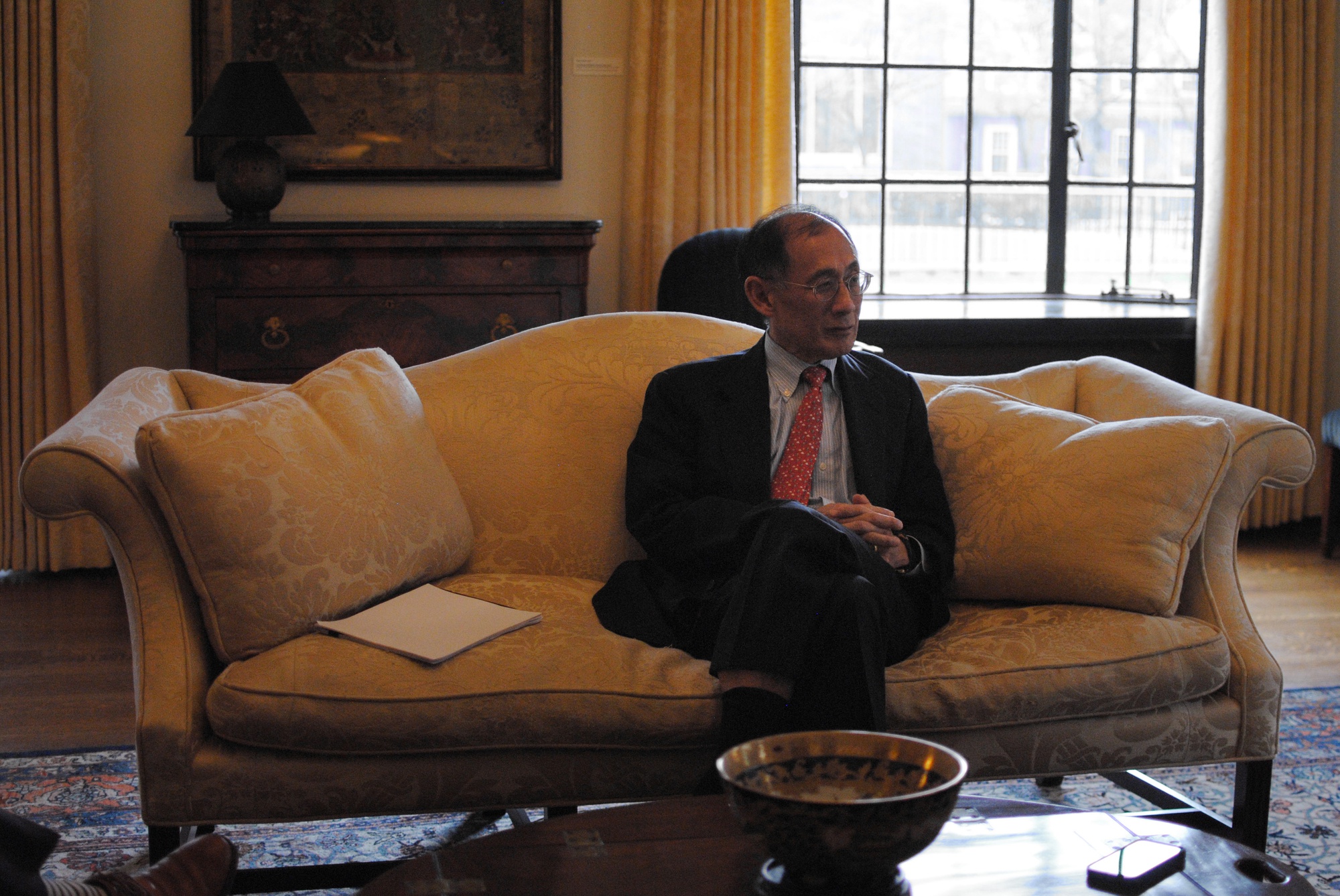 With final clubs at the top of the agenda for many administrators at Harvard College, another group less historically involved in undergraduate social life is scrutinizing the organizations: the Harvard Corporation, the University’s highest governing body.

William F. Lee ’72, the Corporation’s senior fellow, and the rest of the 13-member governing board “regularly” meet with Dean of the College Rakesh Khurana to consider how the College should oversee the clubs, Lee said in an interview Tuesday. Last month, a task force dedicated to studying sexual assault prevention released its final set of recommendations, specifically calling on the College to develop a plan to address “the problems presented by final clubs” by the end of the semester. 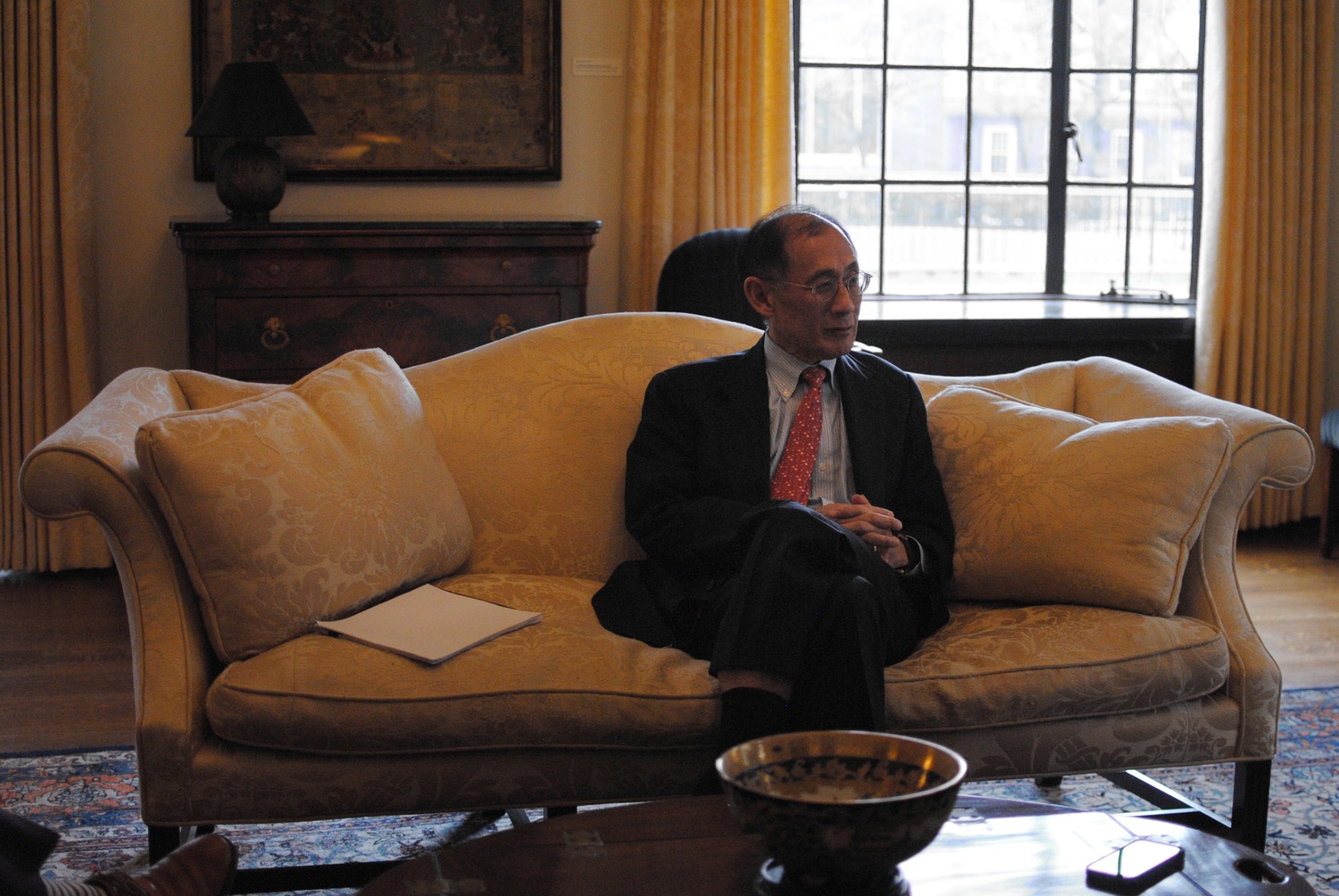 William F. Lee '72, the Harvard Corporation's senior fellow, said Dean of the College Rakesh Khurana has been giving special attention to the final clubs and has worked with some Corporation members specifically on the issue. By Tiana A Abdulmassih

“Dean Khurana has been giving special attention to the final clubs and he has worked with some of us specifically on this issue over time, and he’s come to the Corporation and talked about ideas and possibilities,” Lee said.

Khurana has refused to detail forthcoming recommendations for final clubs or rule out any policy proposals. When asked about how Amherst approached the presence of single sex social groups—Amherst banned undergraduate enrollment in Greek life in 2014—Lee said he is working with Khurana as Khurana crafts recommendations specific to Harvard.

One of the task force’s subcommittees suggested administrators bar undergraduate membership in final clubs. Khurana and Michael D. Smith, dean of the Faculty of Arts and Sciences, are in the process of formulating their final proposals, according to Lee.

Beyond the task force’s report, Lee said the Corporation has discussed whether the single gender clubs’ membership policies are inconsistent with University values.

“[The clubs] are basically determining membership on the basis of gender only or some other exclusive basis are things that we need to consider and to decide whether they are consistent with the values of the University. [Khurana] has reported regularly to the Corporation, I have worked with him directly,” he said.

Over the past few years, College administrators have amped up scrutiny of the final clubs, a set of private social organizations that maintain properties off campus. Since the 1980s, when the male clubs split ties with the College after refusing to go co-ed, the groups have enjoyed a formal independence from the University, and Harvard administrators have largely left them alone.

Increasingly, though, Khurana and other administrators at the College—concerned about the prevalence of sexual assault and membership practices in the clubs—have pressured the organizations to go co-ed.

Last month, the sexual assault task force lambasted the groups for a culture “often inimical to Harvard’s mission.” The report devoted more than three of its 20 pages to a detailed condemnation of the “deeply misogynistic attitudes” and “sexual entitlement” perpetuated by the clubs.

In an interview earlier this month, University President Drew G. Faust—a member of the Corporation—also criticized the clubs, and echoed Lee’s support for Khurana’s actions.

“The particular means and instruments for addressing [the final clubs] are ones that we will be devising over the coming weeks and I await [Khurana’s] recommendation to see what direction that should take,” Faust said. “But the report of the task force certainly reinforces in my mind the broader concerns of inequity and discrimination that are at the heart of what the final clubs represent.”

Lee said some members of the Corporation were in final clubs when they were students on campus, though Lee said his personal experiences have not colored the way the he has approached the issue. Lee said he is not affiliated with a final club.

“I think if you think about the people on the Corporation, they bring a breadth of experience to the issue that allows us to look at it fairly and squarely and not necessarily through the prism of our own personal experience,” Lee said.

Under scrutiny from top University officials, several clubs have changed their membership and guest policies. Last week, the A.D. Club announced in an internal email it would host an “open Punching process” next year, institute a members-only policy, and mandate a University-advised “sexual assault prevention training program” for its undergraduate members.

The Fox Club and the Spee Club each accepted women as members for the first time last fall.