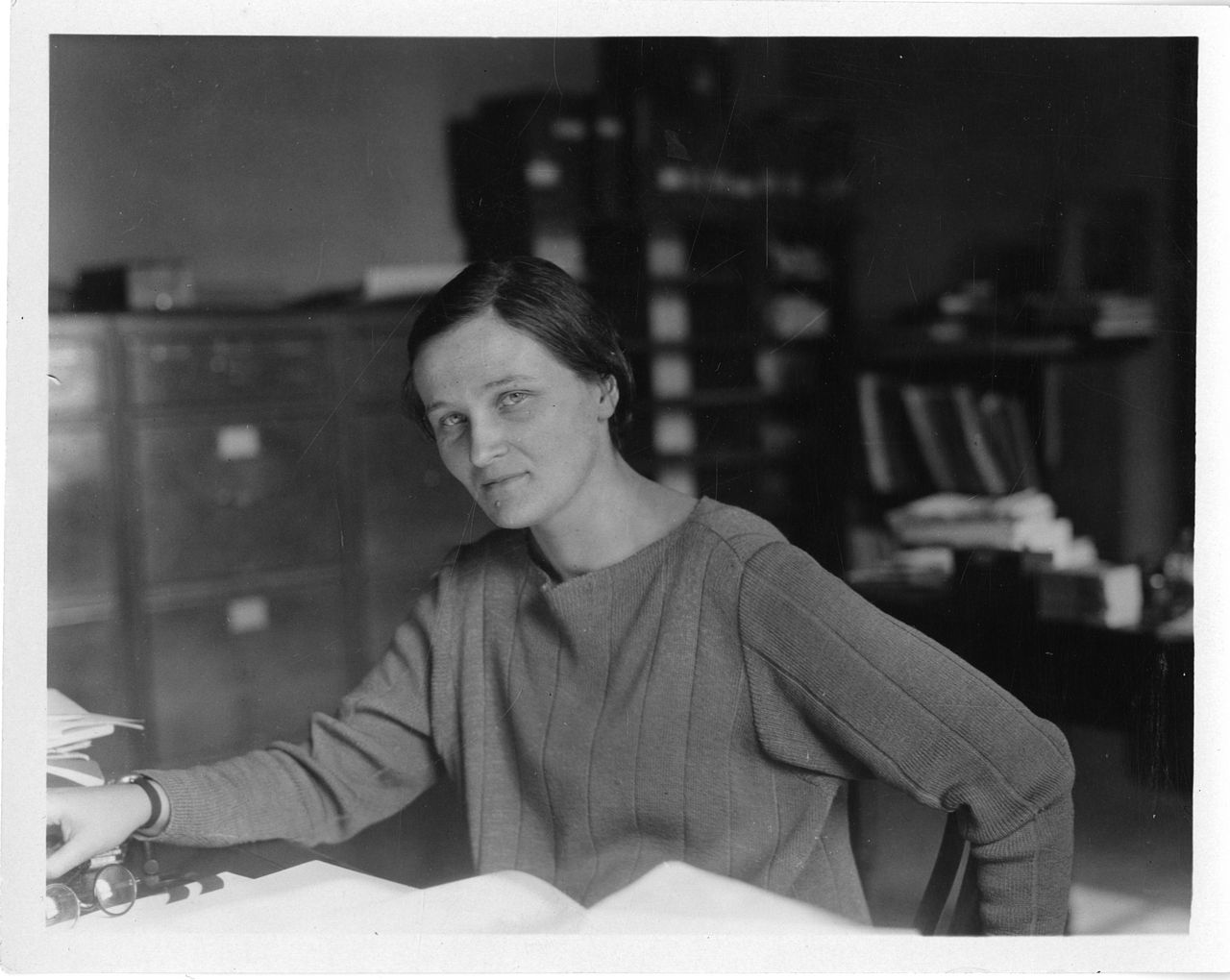 Written in the Stars

Cecilia Payne-Gaposchkin was promoted as the first woman to receive a full-time, non-female-only professorship from Harvard College.
By Cleo M. Harrington

“Cecilia had a very even temperament, but she had a strong personality,” writes Paul W. Hodge ’60, a former student of the famed astronomer and astrophysicist Cecilia Payne-Gaposchkin, in an email. “I never heard her utter an angry word. She met difficulties with first silence and then with well-worded suggestions for solution.”

Although “famed astronomer and astrophysicist” may sound like a hefty accomplishment in itself, it proves to be only one of a long list of successes for Harvard’s first female professor.

Payne-Gaposchkin wrote what fellow astronomers Otto Struve and Velta Zeberge called “the most brilliant Ph.D thesis ever written in Astronomy.” She became the first person to receive a Ph.D. in astronomy at Radcliffe College. Finally, she was promoted as the first woman to receive a full-time, non-female-only professorship from Harvard College.

Payne-Gaposchkin began her academic career in the botany department at Newnham College, Cambridge University. It was only after a lecture given by Arthur S. Eddington, an astronomer Payne-Gaposchkin grew to deeply admire, that she realized she had a passion for astronomy and physics.

Excited by the young woman’s curiosity, Eddington later offered her access to Cambridge University’s Observatory Library. As Payne-Gaposchkin noted in her autobiography “The Dyer’s Hand,” in that moment she felt as if “he had opened the doors of the heavens….”

Upon completing her coursework at Newnham, Payne-Gaposchkin realized the only positions she would be able to find in the UK were low-paying teaching jobs. Determined to pursue higher education and continue her research, Payne-Gaposchkin traveled to the U.S.

Funding her trip with various scholarships and fellowships (including the Harvard College Observatory Fellowship), Payne-Gaposchkin moved to Harvard College to work under Harlowe Shapely, who encouraged her to write a dissertation. Notably, that dissertation established hydrogen as the primary component in stars and effectively the most abundant element on the planet. In 1925, she received her Ph.D.

Despite these auspicious beginnings, Payne-Gaposchkin spent the next decade at a standstill. She spent over 10 years working as Shapely’s technical assistant before earning the title of “Astronomer” in 1938—a lengthy wait for the author of “the most brilliant Ph.D. thesis ever written in Astronomy.”

Yet the wait wasn’t quite over for Payne-Gaposchkin. Despite teaching numerous courses for the college, none of her courses were recorded in Harvard’s catalogue until 1945. Furthermore, she wasn’t given the title of a full-time professor until 1956, 31 years after the publication of her thesis.

Even then, Payne-Gaposchkin was undeterred. Not long after gaining professorship, she was promoted to head of the Astronomy Department—becoming the first woman to chair a department at Harvard College.

“When she set herself to a task, she was indefatigable. Her powers of concentration were so great that she could work for hours without stopping,” Payne-Gaposchkin’s daughter, Kathy Haramundanis, said in an interview with the American Institution of Physics. “She could sustain this level of activity for long intervals, days or even weeks at a time.”

Her passions weren’t bound by the confines of astronomy or physics, either. Many remember her for “her elegant and fluent use of language. Everything she said could have been written down, but it was all extemporaneous,” Hodge wrote.

In her introduction to Payne-Gaposchkin’s autobiography, former colleague Jesse L. Greenstein described Payne-Gaposchkin as “quite an extraordinary figure; broadly informed in astronomy…and widely read in current English and American literature and Classical music.”

Aside from devoting her life to a career in academia, Payne was also a mother of three, a rare combination at the time. “Some [people] thought she shouldn’t be doing that, the women, in particular,” Haramundanis remembered in her AIP interview. “The mother of one of my friends might say, ‘The reason you kids have problems is because your mother works.’”

Despite criticism, Payne managed to maintain her status in her field while cooking dinner every night for her children and teaching at a local Sunday school. She passed away in 1979.

Now, just 60 years since Payne-Gaposchkin assumed her full-time professorship, walking into a Harvard classroom and seeing a woman standing at the podium is no rare occurance.