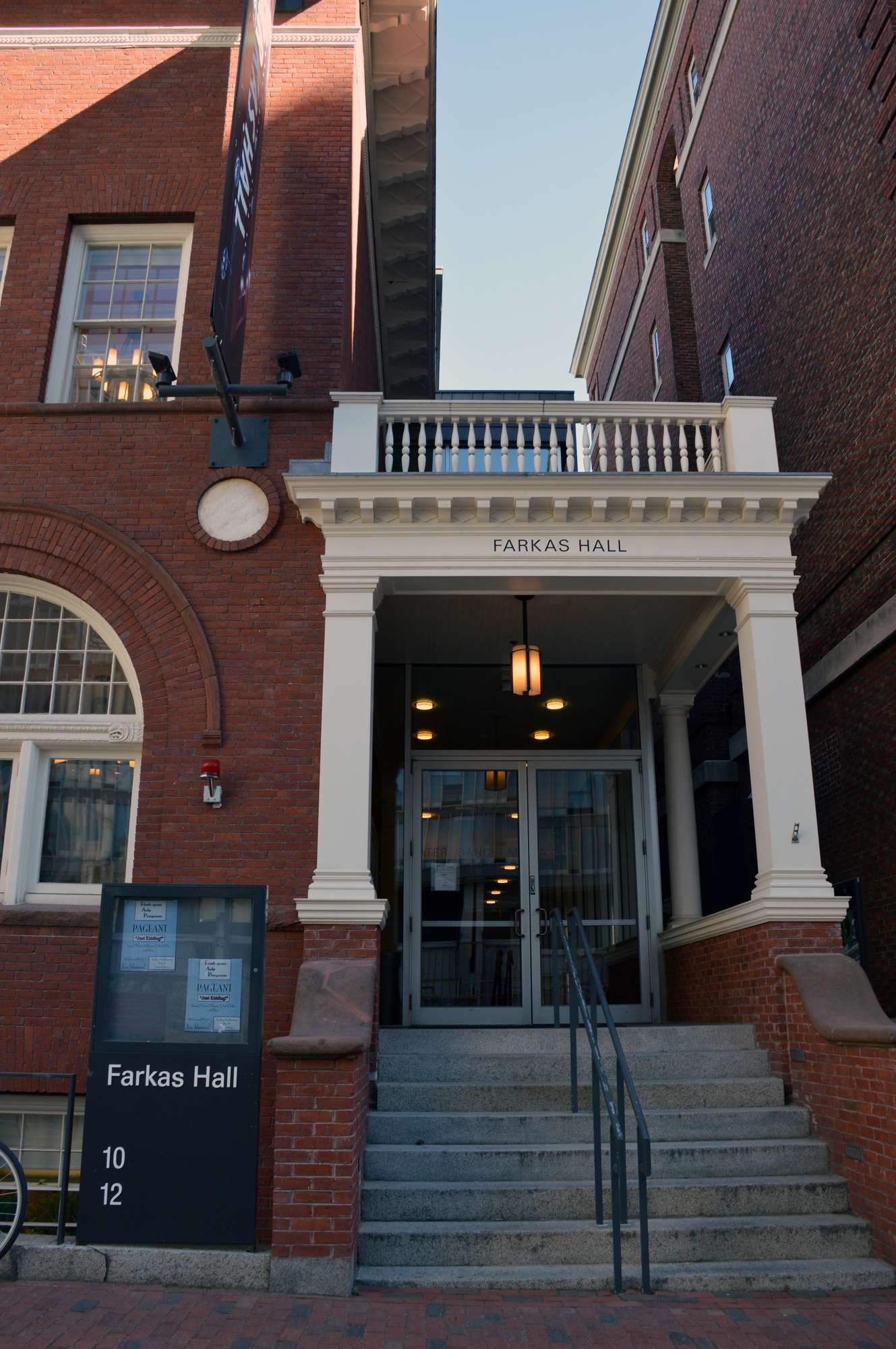 Theater, Dance & Media continues to grow in its second year as a concentration, offering the first dance technique course for credit, a collaboration with an internationally renowned director, and a new Asian American performance class. 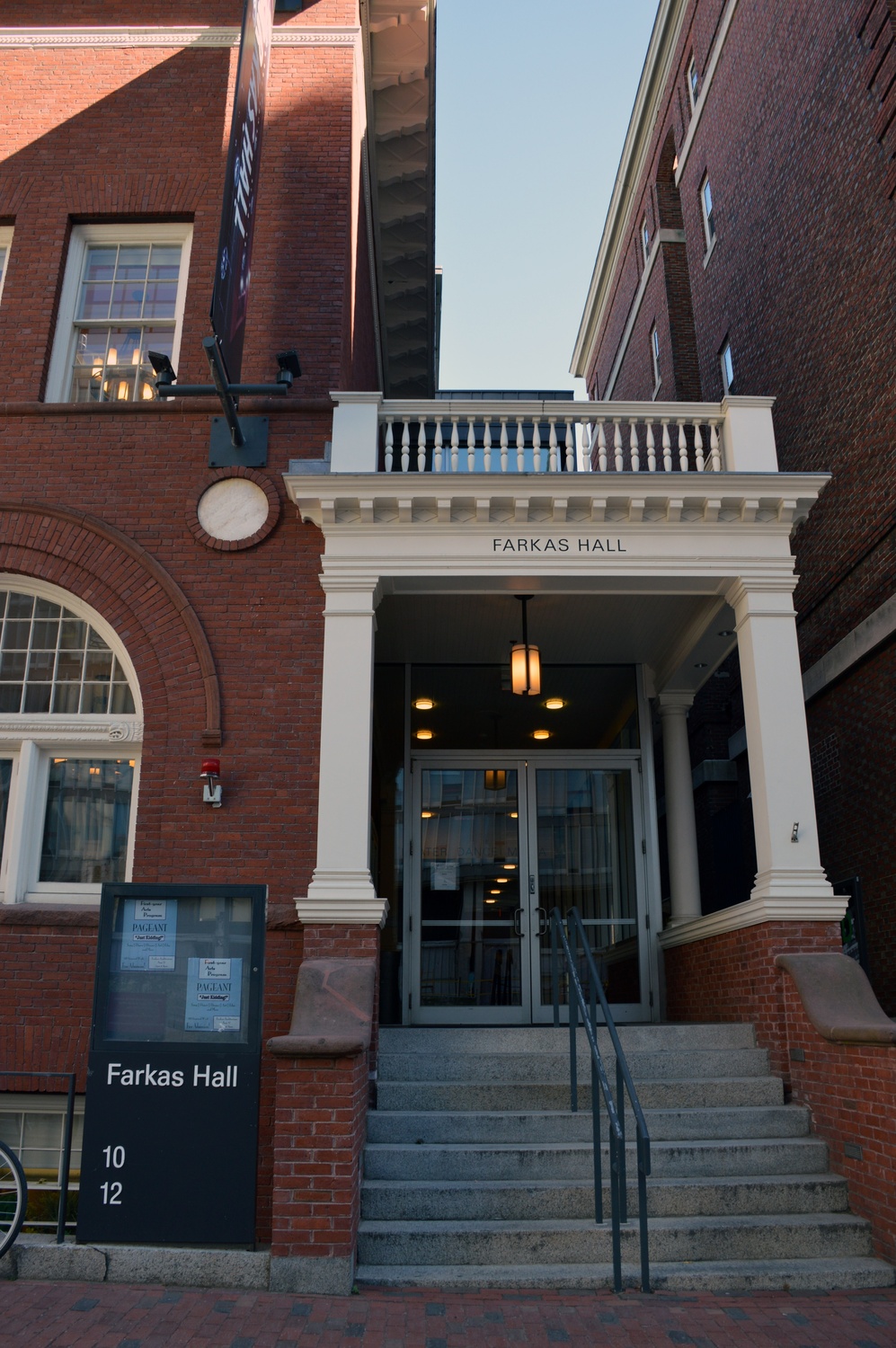 Farkas Hall is the home of the College’s newest undergraduate concentration, Theater, Dance and Media. By Megan M. Ross

Officially offered as a concentration for the first time last year, TDM boasts 17 departmental courses for the fall semester. Among the offerings is the first dance technique class offered for academic credit at Harvard, made possible through a new dance lectureship.

Davis’s class, TDM 142: “Contemporary Dance: Countertechnique,” has 11 students spanning all years and a variety of concentrations. Several students are involved in dance groups on campus and said they were happy to finally take a credited technique class.

“I was really excited about the opportunity to take a dance technique class for credit, and the idea of countertechnique and the principles off of which it’s based really intrigued me,” said Gabriella D. Czarniak ’17, a member of both the Harvard Ballet Company and Expressions Dance Company.

Kathryn E. Kearney ’17, director of Expressions, said the College should expand technique courses across all disciplines in TDM, such as acting, set design, and dance.

“I [have] spent a lot of time advocating for technique courses for credit at Harvard,” Kearney said. “A lot of us are coming into this with those interests but haven’t been able to come in and refine the theory.”

Also joining the TDM faculty for the semester is Daniel Kramer, the current artistic director of the English National Opera, and the director of the concentration’s production, “A Dream Play,” this semester. Kramer also teaches TDM 191: “Devising Physical Performance,” a class on developing the use of one’s body in acting.

Kramer said he was excited to be a part of TDM at Harvard and applauded its validation of the arts as an academic, career, and life pursuit.

“I believe it is so important that Harvard is finally supporting TDM, and I’d like to be a part of that genesis,” he said. “The philosophy behind what shapes the artist in the contemporary world is a very important question, and Harvard is very lucky to be shaping that in the political and economic climate.”

TDM is also engaged in larger discussions happening on campus around the push for more ethnic studies courses.

TDM and the Committee on Women, Gender, and Sexuality—which runs the WGS concentration—jointly appointed Vivian L. Huang as a College fellow this semester. Huang’s class, TDM 1229: “Asian American Theater and Performance,” is one of at least four Asian American studies courses offered this semester.

TDM Director of Undergraduate Studies Deborah D. Foster said she hopes the concentration continues to expand its scope in both course variety and course content.

“We are interested in theater at Harvard to go beyond its Western traditions. TDM is intent on broadening its scope in that regard,” she said.