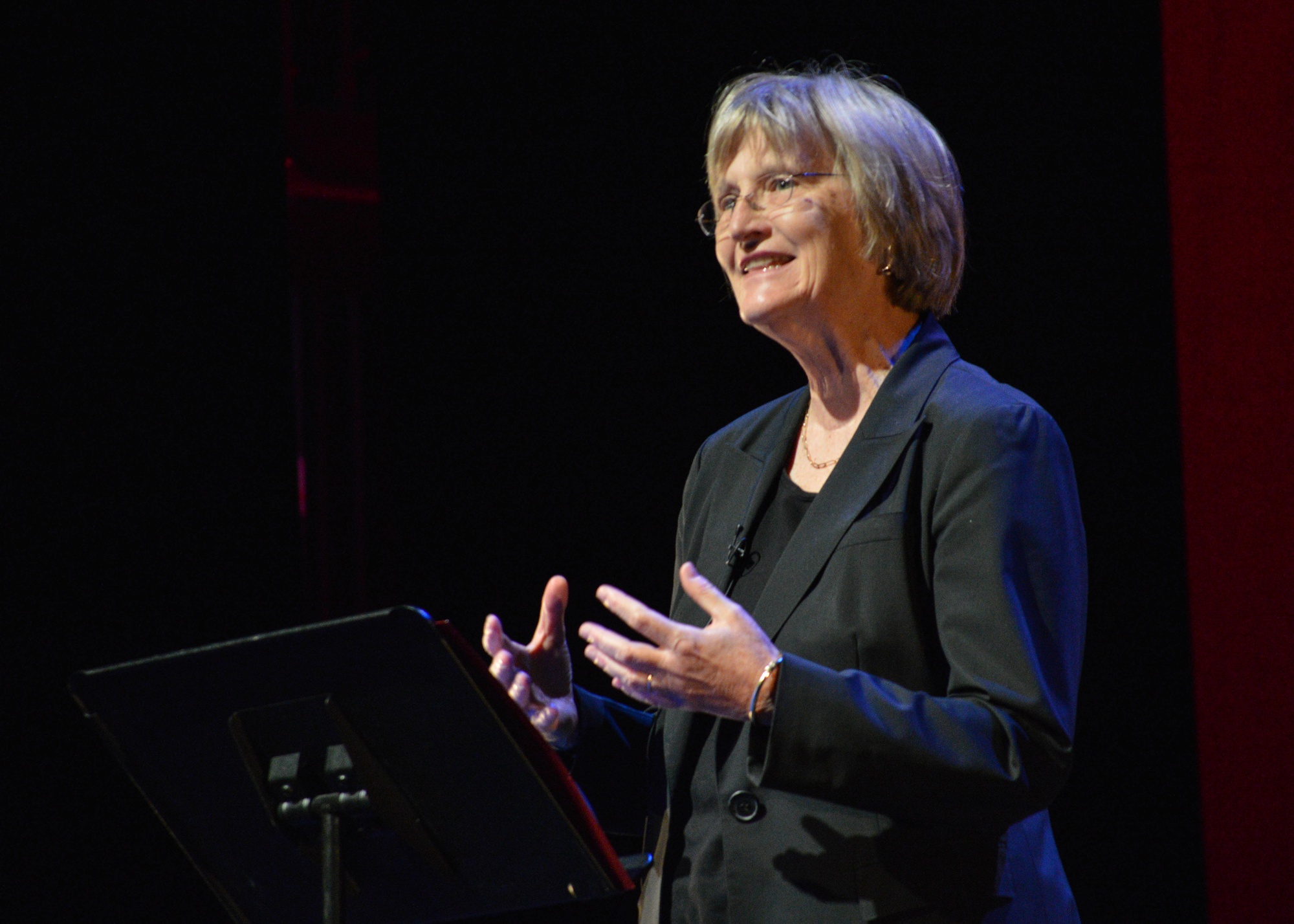 With faculty such as Dean of Arts and Humanities Diana Sorensen in the audience, University President Drew G. Faust addresses an auditorium in Farkas Hall about the significance of Theater, Dance, and Media in the context of undergraduate education.
By Elizabeth C. Keto, Crimson Staff Writer

Harvard officially launched its newest concentration, “Theater, Dance, and Media,” on Thursday night, marking the culmination of several years of effort to incorporate the dramatic arts more fully into the University’s academic offerings. 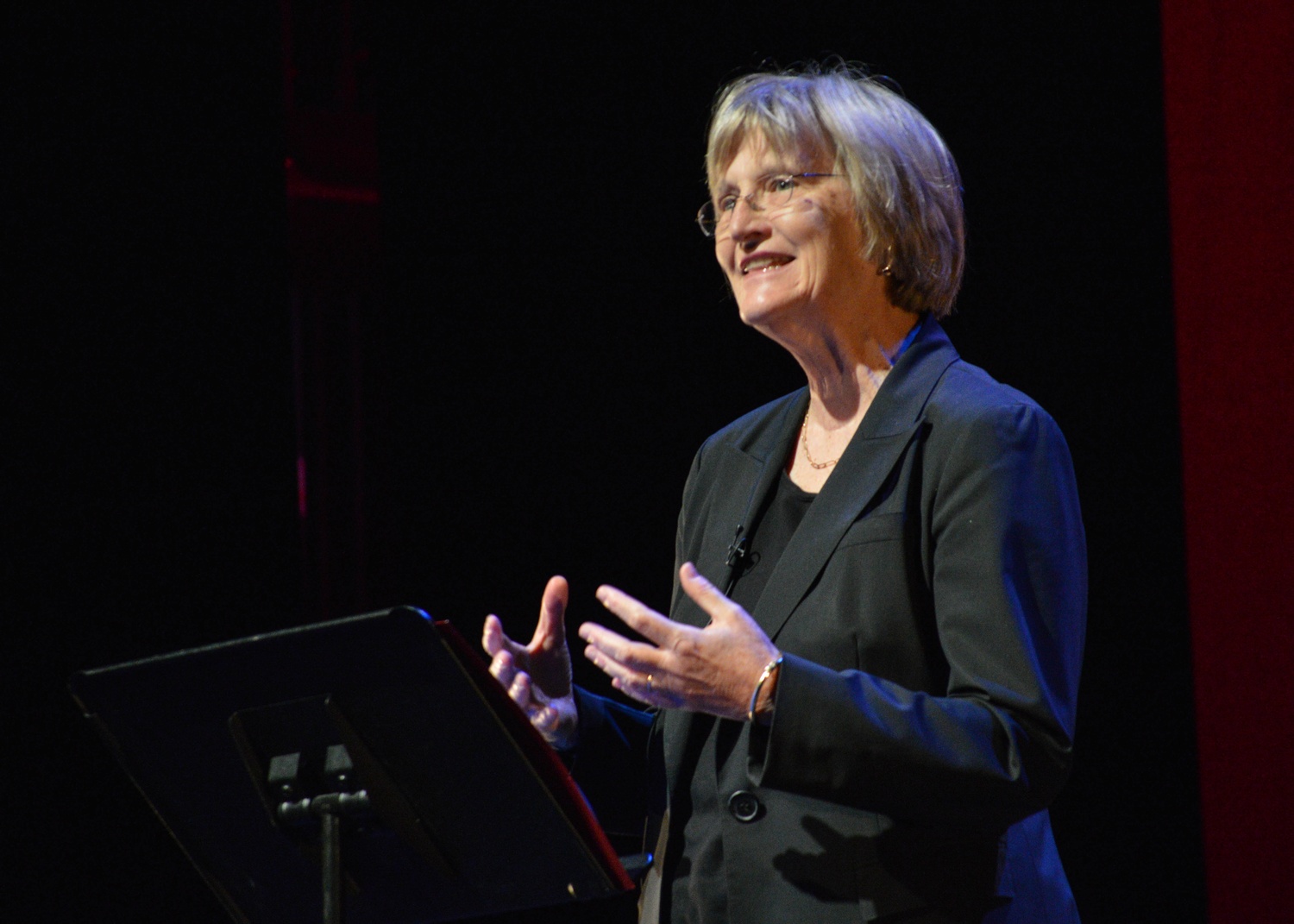 With faculty such as Dean of Arts and Humanities Diana Sorensen in the audience, University President Drew G. Faust addresses an auditorium in Farkas Hall about the significance of Theater, Dance, and Media in the context of undergraduate education. By Y. Kit Wu

“This is a day full of hope and excitement and anticipation for all that the concentration will bring to Harvard,” Faust told the audience of about 250 that filled Farkas Hall's theater. “The arts nurture the curiosity and openness that are at the heart of everything we seek to do.”

The opening brought together high-level members of the University’s central administration, who mingled with prominent donors such as Andrew L. Farkas ’82 at a reception after the event. The new concentration is housed in Farkas Hall, named for Andrew Farkas’s father.

Relatively few students attended the invitation-only event, though around 20 undergraduates involved in campus theater filed out from the wings to join Paulus in a cheer of “TDM” on stage at the end of her speech.

The evening program, which included a dance performance by two recent Harvard graduates and the screening of a short video about the new program of study, also coincided with the launch of the concentration’s new website.

In their remarks, Faust, Sorensen, and Puchner emphasized that the new concentration reflects a broader commitment to integrating the arts into students’ academic experiences.

“The arts are central to the 21st century citizen that we are hoping to educate,” said Sorensen. “They involve curiosity, discovery, making, and risk-taking.”

The speakers also emphasized that this commitment has involved the collaboration of many in the administration and faculty. According to Puchner, Dean of the Faculty of Arts and Sciences Michael D. Smith secured the concentration its office space in Farkas Hall, while Dean of the College Rakesh Khurana and Dean of Undergraduate Education Jay M. Harris provided guidance on the teaching methods and curricular focus of the new program. All three deans, along with members of the faculty in departments ranging from Music to English to History, attended the opening event.

Paulus emphasized that the new concentration will reach beyond the University to forge connections between undergraduates and professionals at the A.R.T., 11 of whom now serve as Theater, Dance, and Media faculty.

“I believe that our new concentration in TDM will produce the next generation of artists,” she said.

The opening of the concentration marks the culmination of a curriculum development project that began with the report of Harvard’s Task Force on the Arts in 2008, which called for the arts to become “an integral part of the cognitive life of the university.” The new concentration, Harvard’s first devoted specifically to theater, was approved unanimously by a vote of the Faculty of Arts and Sciences in April 2015.

For her part, Sorensen expressed satisfaction with the result of those years of work in an interview last week.

“It’s taken all this time to put the pieces together, to formulate the vision,” she said. “Martin Puchner, the chair, has done extraordinary work...to actually create a concentration that marries the academic study of theater—its history, its formal elements—with production, with the hands-on, collective-effort study of theater.”

She added that she believes the new program will render Harvard appealing to a more diverse, creative body of students.

“For years we kept thinking that any student interested in theater would go elsewhere,” she said. “Now we know that some are saying, ‘No, Harvard has this very unique and attractive program.’”