It will fall to Harvard’s 29th president to implement and oversee the University’s historic effort to reshape undergraduate social life.
By Mia C. Karr and Hannah Natanson 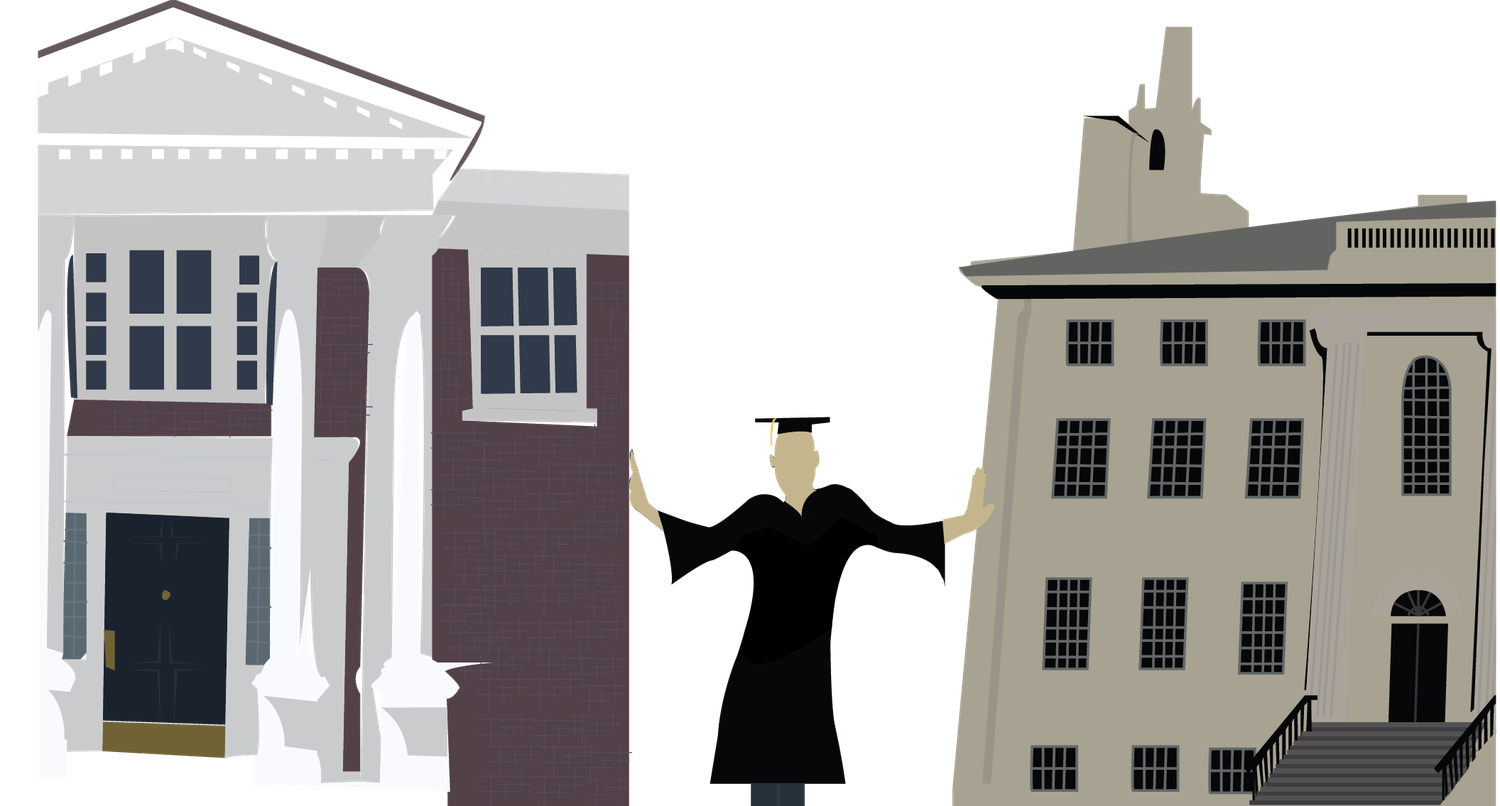 The spectre of lawsuits. A media firestorm. Faculty uproar.

Since University President Drew G. Faust announced penalties on members of single-gender social groups in May 2016, Harvard has faced no shortage of criticism. Members of all-female groups charged they were collateral damage in a policy aimed at all-male groups; alumni lamented the threat to Harvard social life as they knew it; and faculty and outside media groups attacked the policy as a violation of students’ freedom of association.

Amid this criticism—and support from some alumni, faculty, and students who see the policy as an important step towards making Harvard’s campus more inclusive—Faust has stood by her initial commitment to disempowering final clubs and Greek organizations. In op-eds, interviews, and YouTube videos, Faust has repeatedly and publicly defended the policy.

In short, the effort has become one of the most controversial and complicated legacies of Faust’s 10-year tenure—and, perhaps, that of her successor.

Before she leaves office, Faust will make a decision on whether Harvard should abandon the current policy or adopt a series of alternatives.

But it will fall to Harvard’s 29th president to implement and oversee the University’s historic effort to reshape undergraduate social life.

Some alumni, donors, and experts say they think Harvard’s thorny social group issues will be one of the first and biggest topics the next president must tackle in his or her early months in office. Whether the 15-member search committee will prioritize the social group policy above pressing financial and strategic considerations, however, remains an open question.

Dean of the Faculty of Arts and Sciences Michael D. Smith, who has worked with Faust for almost her entire tenure, said he hopes the next president will arrive ready to learn about Harvard social life.

“I hope the person would come in and want to understand what the situation is with the social scene on our campus today and what the students are saying and what works for them and what doesn’t work for them,” he said. “And then help out to be part of a solution to improve it moving into the future.”

Since Faust’s initial announcement of the policy, its future has grown increasingly complicated. After sustained criticism from professors who charged they had been left out of the process, Smith created a committee composed of Faculty, students, and administrators with the power to “revise or replace” the sanctions.

Scores of sorority and female final club members protest against Harvard's decision to sanction unrecognized single-gender organizations in May 2016. By Thomas W. Franck

While Faculty, alumni, and students wait for Faust to decide which option to pursue, two Faculty motions about the sanctions could be up for a vote in November: one explicitly designed to kill the sanctions and one that would effectively ban membership in single-gender social organizations.

Harvard’s next president will face immediate internal pressure from a restive faculty—but the conflicts over social life may not end there, according to Michael A. DeCesare, chair of the American Association of University Professors Committee on College and University Governance. DeCesare said he expects Faust’s successor will wrangle with the social group policy for years to come.

“I think it's a challenge for any president but particularly Harvard's president,” he said, referring to undergraduate social life. “Other institutions and other presidents look to the presidents of institutions like Harvard for guidance for leadership to figure out to handle these thorny social issues and they’re not going away anytime soon; they’re going to proliferate actually.”

The sanctions have divided alumni and Faculty, who disagree about whether Harvard’s next president should change course. John G. Heller ’79 said he wrote Harvard out of his will because of the penalties.

“I just find it distasteful that Faust tarnished an otherwise remarkably effective legacy wading into these issues,” he said.

Heller said he thinks the Board of Overseers should “table” the policy and let the next president start over.

“Whoever is the leader at Harvard has the potential of changing that dynamic of the country,” he said.

Other alumni, like prominent donor Michael T. Kerr ’81, say they are “extremely in support” of Faust’s attempt to revolutionize undergraduate life.

Kerr said dealing with the policy itself, including potential lawsuits, will be a part of the next president’s tenure.

“It would be my hope that the policy on the social groups would get settled this year,” he said. “The next President will have to implement it.”

‘People Who Feel Up to the Challenge’

Though the College’s attempts to regulate undergraduate social life seem likely to play an outsize role in the next president’s first months—even years—in office, experts, donors, and alumni say the sanctions are unlikely to affect the presidential search itself.

The search for Harvard’s next president—historically a months-long, secretive process in which Harvard’s most powerful players criss-cross the country to conduct interviews behind closed doors with presidential hopefuls—officially kicked off this summer.

After Faust announced her decision to step down on June 15, members of the Harvard Corporation—the University’s highest governing body—began the process to find her successor. Just six days after the announcement, Corporation senior fellow William F. Lee ’72 revealed the makeup of the search committee: all twelve Corporation members and three members of the Board of Overseers, Harvard’s second-highest governing body.

Since then, the committee has met multiple times to discuss priorities and define what makes an ideal candidate. Susan L. Graham ’64, a member of the search committee, said last month that the search remains in “information-gathering mode.”

One piece of information likely not being gathered, according to search experts: how potential candidates might handle Harvard’s sticky social group situation.

“As far as how banning social groups will affect who the finalists are or who is brought to campus or who’s ultimately appointed, it’s difficult for me to see a kind of causal link there,” DeCesare said.

Stephen M. Waters ’68, a major Harvard donor and a member of the FAS Campaign Steering Committee, agreed with DeCesare. He said he would be “surprised” if the search committee prioritizes candidates’ ability to deal with Harvard’s social scene as it selects the next president.

He added he thinks other qualities are much more essential. He listed in particular financial acumen—including the ability to drive capital campaigns and manage the endowment—and the “tone” the new president will set for faculty and students.

“Those are all really important issues and to my mind more important than the question about the social clubs,” Waters said.

He said he thinks the College’s social life issues—combined with other controversies like the ongoing Department of Justice investigation into Harvard’s race-based admissions practices—will place the University’s next president under an unprecedented level of pressure and scrutiny.

“It’s probably more of a higher pressure position than it has been at least in recent history, perhaps ever,” he said. “It’s going to attract people who feel up to the challenge.”