Bon Me and Pavement Coffee Look to Smith Campus Center 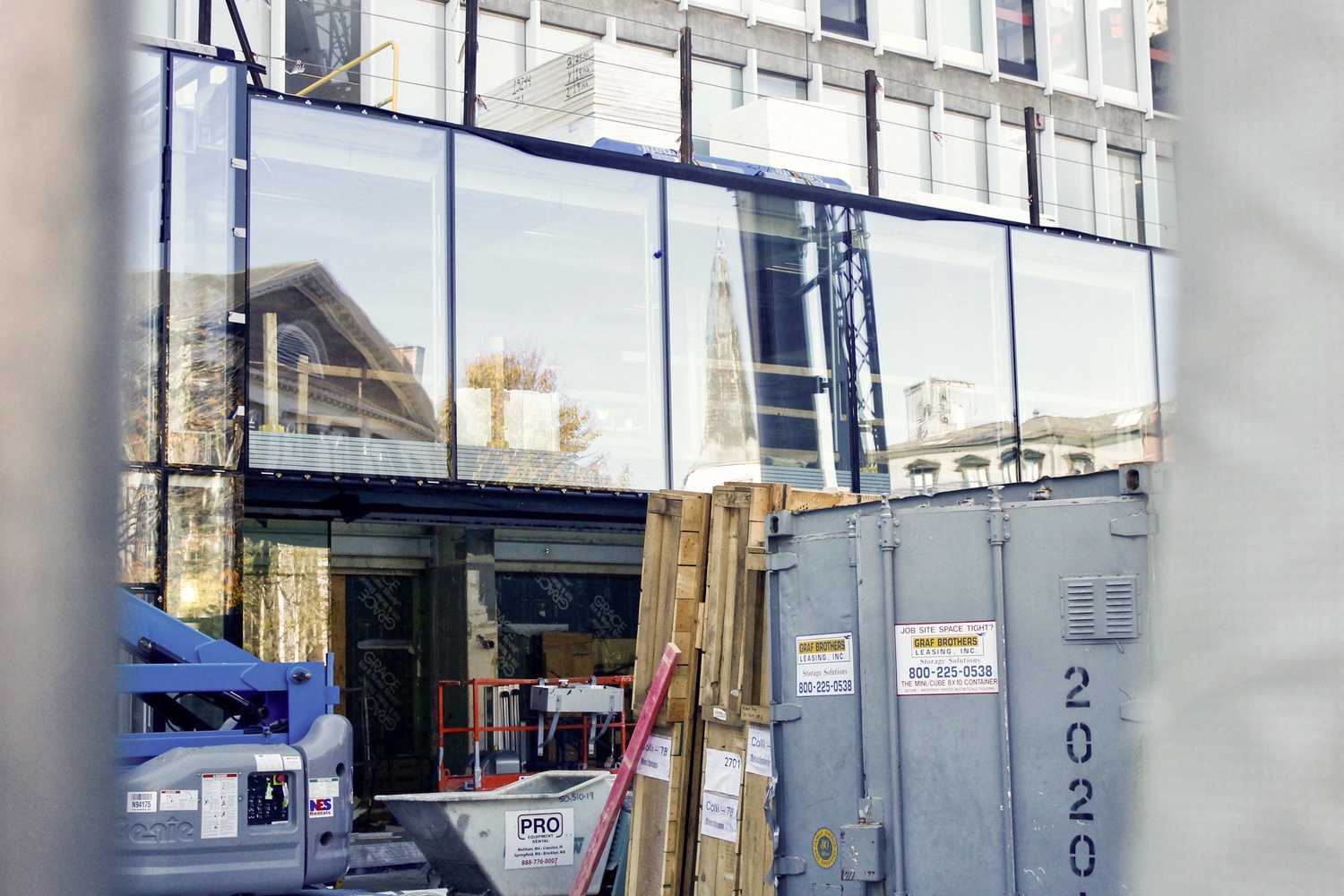 Bon Me, a Vietnamese-inspired salad and sandwich shop, and Pavement Coffeehouse could open in the renovated Smith Campus Center as soon as September 2018—as long as Cambridge approves their permitting applications.

The two companies join Swissbäkers, the Boston family-owned bakery, as potential tenants in the new student center, which will feature as many as eight food vendors.

Bon Me and Pavement Coffeehouse have been working with Harvard’s real estate office and are beginning to move through the Cambridge approval process, and a meeting in front of the Board of Zoning Appeal will take place Oct. 26.

Lawrence Margulies, president of Pavement Coffeehouse, said the University contacted him in the spring to see if he would be interested in a possible Smith Center location. He said Harvard reached out to many different local businesses and invited them to come in and present slides on how their business might add to the Smith Center environment.

“They wanted to keep things local and authentic,” Margulies said. “I think that they’re cognizant of the fact that rents in Harvard Square have exceeded the reach of most independent operators—that’s why you see CVS and Santander Bank and Citizens Bank.”

University spokesperson Brigid O’Rourke wrote in an emailed statement that after conversations with students, faculty, and staff, the University is working to select the eight food venues.

“That dialogue identified desirable attributes in the selection of eateries that are local, diverse, sustainable and experienced, and would include healthy, fresh and organic options at affordable prices,” she wrote. “Together, the various restaurants will help create a casual, comfortable and welcoming environment that remains a primary goal for the Smith Campus Center.”

Bon Me, which currently brings its popular food truck to the Science Center Plaza and has restaurants around Boston and in Cambridge, is planning to operate a counter at the front of the main lobby. While a spokesperson for Bon Me declined to comment, their zoning application describes how they will fit into the campus center.

“As a locally owned and operated business, Bon Me will be in keeping with Harvard Square’s identity as a district anchored by the university and local businesses,” the application reads. The establishment hopes to help “make the building a vibrant gathering place for the Cambridge and Harvard community.”

According to Pavement’s zoning plans submitted to the Board of Zoning Appeal, Pavement Coffeehouse would be in the building’s main welcome area and feature a staircase up to their second floor cafe space.

Margulies said that a Harvard Square location is something he had previously considered in the abstract, though he said high rents prevented him from opening a location there. The company currently operates six stores, all of which Margulies said largely serve university areas.

“I think that we fit—what we sell and how we sell it—fits very well into the demographic of who’s going to be there,” he said. “I’m excited about being part of the Harvard community and having a new angle on things and being surrounded by the professors and tourists and students.”

The University declined to comment on other food venue possibilities, citing confidential lease negotiations. All food venues will have to proceed through the Cambridge approval process as fast order food venues.