Searching for Sites Where Art Meets Politics at Signet Teach-In 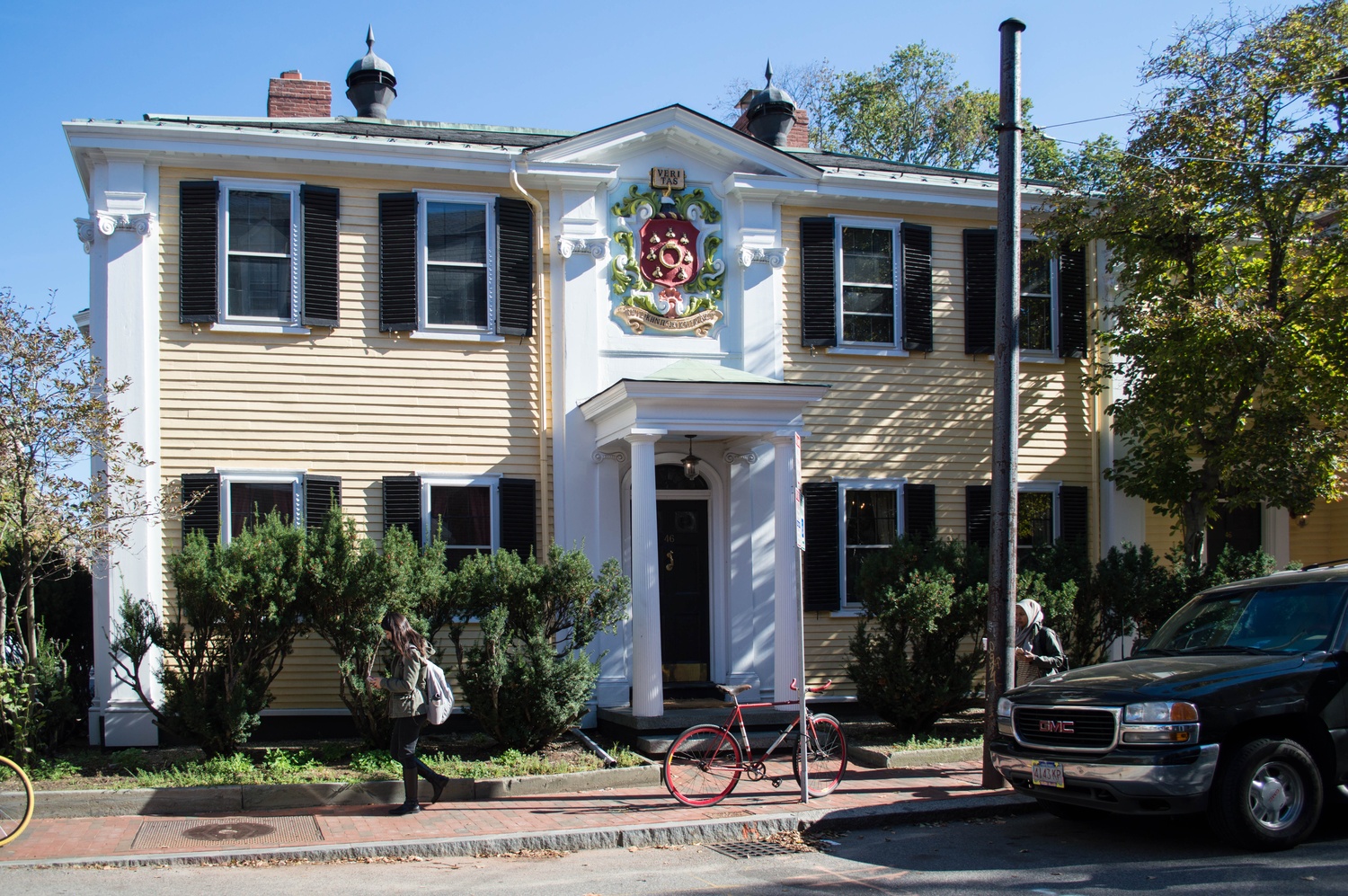 “After the Executive Order came out, I couldn’t sleep, and I was really anxious to start making work. I was frustrated that it felt like the arts community on campus wasn’t being very responsive or mobile,” Chaivaranon said. “I thought it would be good to get the conversation rolling in terms of what you need to be thinking about if you’re going to be making work like this and some different approaches you can bring to making politically influenced work.”

Chaivaranon, a painter herself, decided to organize an “Art for Human Rights Teach-In” at The Signet Society on Feb.11. The event’s stated goals included discussing possible courses of action for artists both within Harvard and in the broader contemporary political climate, connecting opportunities for interventionist art with interested participants, and generating ideas and momentum for future interventions.

Amelia Spinney, a teaching fellow in Harvard’s VES department, offered a wheat-pasting demonstration. The technique is particularly relevant for artistic intervention due to its common use for adhering paper material to walls. JR, for example, is a well-known French photographer who uses wheat-pasting to post black-and-white photos, sometimes politically-charged, in public sites.

Spinney commented on a recent surge in the production of art dealing with politics. “I think that a lot of people are realizing that they themselves as individuals care about politics all of a sudden, in a way that maybe they did not on an individual level before,” she said. “Art is so personal and so intimate, and I think that that’s why we’re seeing this creative awakening right now.”

Chaivaranon also expressed the sense of duty that she sees for artists working today. “I think as a mechanism of culture, art is inherently entangled in the sociopolitical issues and dramas of the time and that artists have a mandate to be—I don’t want to say ‘political’ with the work, because I think that word has a lot of strong connotations, but relevant work does speak to some kind of issue within the contemporary cultural sphere,” she said. “And right now it feels like politics is everywhere in America and in the broader international context as well, and so I think that it’s up to artists to be making work that engages these really pressing questions.”

Chaivaranon solicited Harvard professors, teaching fellows, art historians, museum staff, and other members of the local arts community for the Teach-In. In addition to Spinney, speakers at the event included Keith Hartwig, a student at the Graduate School of Design who works on art and architecture promoting civic participation and dialogue, Tania Bruguera, a Cuban dissident and performance and installation artist, Sean Palfrey ’67, Adams House Faculty Dean and photographer, and Cécile Guédon, a lecturer in Harvard’s Department of Comparative Literature.

Speakers offered different ideas, discussion points, and specific projects for audience members to become more politically engaged with local and wider arts scene. “I think people should express their art in all sorts of ways and allow it to infiltrate all corners of their life,” Palfrey said, after speaking at the Teach-In. “People should express their basic values in their lives and advocate for things that are important to them. If art and values overlap, celebrate the combination!”

Chaivaranon commented on the importance and possible advantages of engaging with forms of interventionist art right on Harvard’s campus. “I think as Harvard students we have a lot of privilege, in that sometimes it’s easier to get heard here than it is for other people who don’t have the same kind of platform,” she said. “I think that this site is a good place to start in terms of making work that can send a message about the way that students feel about these kinds of issues. I don’t want to speak for all students, but I think it’s important to publicly voice discontent when you feel that.”

Audience members at the Teach-In shared enthusiastic feedback from the event. “Ariana did a great job organizing the Signet Teach-In and bringing wonderful, passionate artists from around the community,” Charlie S. Krumholz ’18, who attended the event, said in an email. “The Teach-In provided a special opportunity to transform passions, ideas, and solidarity into real change. As a Harvard Art Museums Student Guide and painter, I left inspired by the Teach-In with a few of my own ideas, and am sure others felt similarly.”

Chaivaranon herself felt that the afternoon proved a step in the right direction. “I think the event was really successful in getting people thinking and getting a start,” she said. “But I think the important thing is that it is just a start, and the momentum and energy generated at this event needs to be channelled effectively into actual interventions and productions. This is really about generating a sustained trajectory of resistance and keeping up the energy with this kind of production.”