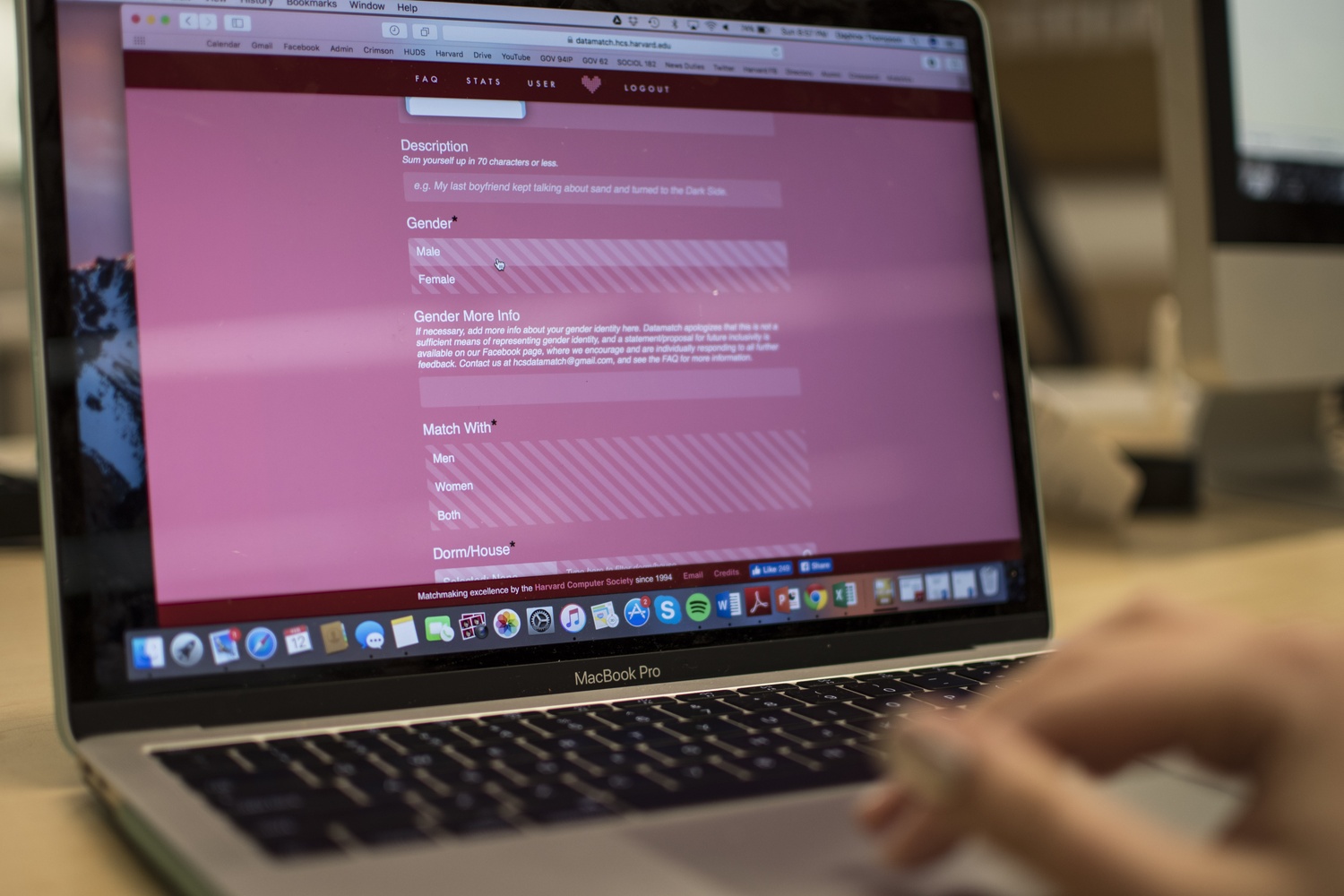 The Harvard Computer Society’s Datamatch is a program that annually matches students based on responses to an online survey. By Megan M. Ross
By Andrew J. Zucker, Crimson Staff Writer

Datamatch, a matchmaking algorithm created by the Harvard Computer Society for Valentine’s Day, forced students to choose “male” or “female” without offering options for genderqueer or gender non-conforming students. The algorithm’s website this year, however, allowed students to elaborate on their gender identity in a text box, but only after selecting one of the two genders provided.

“I, on behalf of the Harvard Computer Society and on Datamatch, take full responsibility for the exclusion that we have created on campus,” Cuan-Martinez said at the meeting.

Adams House representative and the UC’s BGLTQ+ Caucus Chair Nicholas P. Whittaker ’19 presented a letter further criticizing the Computer Society and what he characterized as an exclusive algorithm.

“I’m proposing an undersigned letter, a statement of support with the gender non-conforming and gender queer community after Datamatch implicitly excluded them from the experience,” Whittaker said on Sunday. “The idea of it being romantic does not necessitate the idea that it be stuck upon strict gender bearings.”

Whittaker also suggested to Cuan-Martinez that Datamatch eliminate all references to gender and become a strictly platonic service.

On Tuesday, Whittaker sent the letter to Adams House and emphasized that the UC as a body did not sign the letter, but rather individual members.

The letter, while empathetic to HCS, implored the group to improve Datamatch’s gender options going forward.

“We acknowledge that the Datamatch team has put in a great deal of work to crafting this event, and we understand that there are technical difficulties which have, in part, led to this situation,” the letter reads. “However, we believe that the values of this College are important enough to merit full attention, and urge Datamatch to take the necessary steps to ensure that this never happens again.”

According to the letter, the UC plans to work with Datamatch’s team going forward to ensure a more inclusive platform.

The UC partly funds food provided to students participating in Datamatch from several Harvard Square establishments. While the Council has yet to vote on subsidizing Datamatch year, Whittaker said future funding may cease if Datamatch doesn’t abide by the letter’s demands.

“I do intend to push that next year Datamatch won’t receive funding if they don't improve,” Whittaker said Tuesday. “I've been in talks with the [UC’s] Student Initiatives Committee as to making that a reality, perhaps attaching it as a requirement to their funding for this year.”

This year, 4,924 Harvard undergraduates signed in to Datamatch.