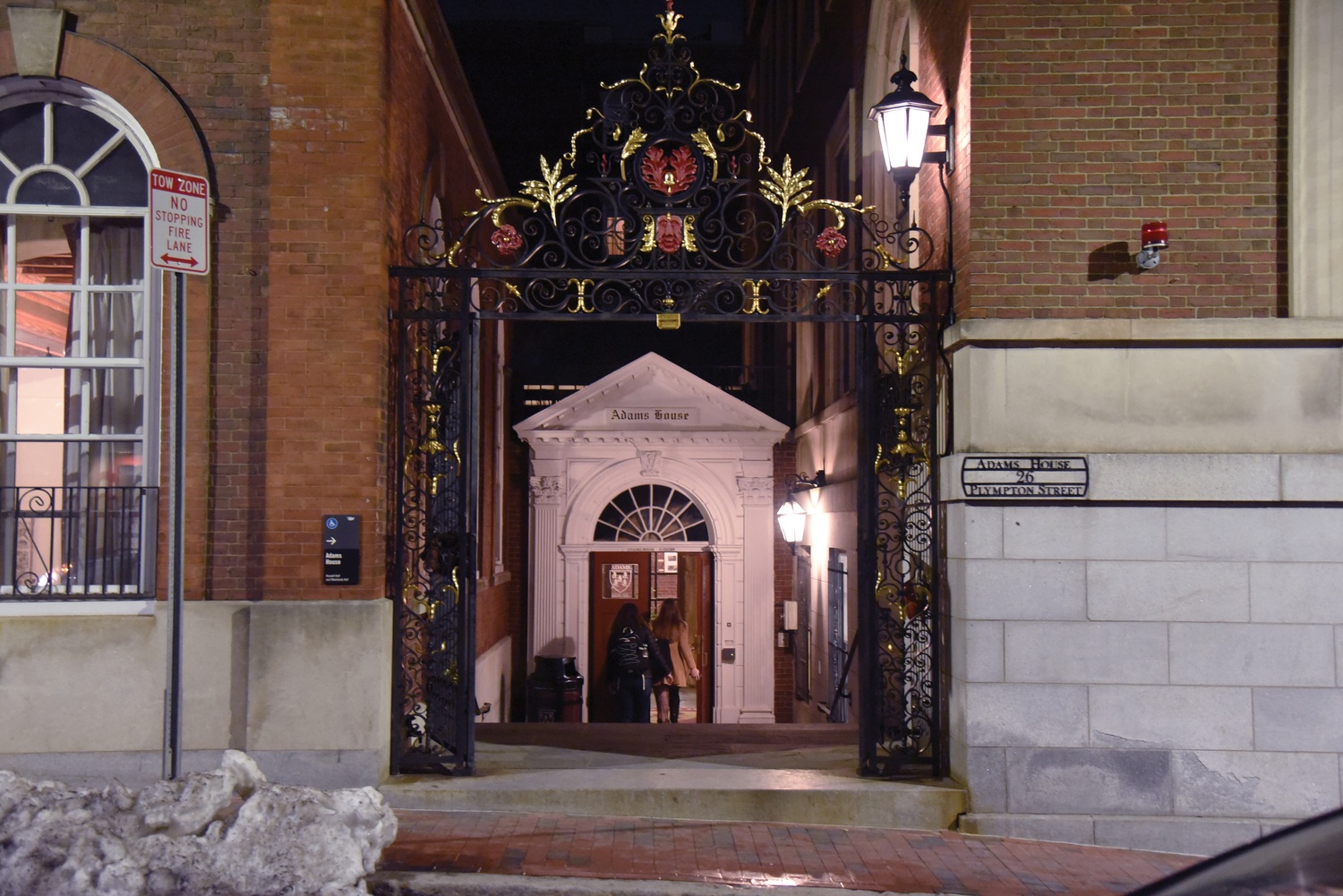 Following feedback from Faculty Deans, Harvard will not adopt a model that affiliates students with upperclassmen Houses like Adams when they arrive on campus. By Jessica M. Wang
By Kenton K. Shimozaki and Derek G. Xiao, Crimson Staff Writers

After some House Faculty Deans shared skepticism over a proposal to replace Harvard’s current housing model, College administrators have decided to put the idea on hold.

In a Feb. 22 meeting, Faculty Deans weighed in on a potential shift towards a housing model more similar to Yale’s, in which first-year entryways would be affiliated with an upperclassman House instead of small “blocking” groups of up to eight students.

The proposed switch had previously been endorsed by the residential subcommittee of a College working group on inclusion and belonging after consulting with a number of student groups and administrators.

“What we made clear is that after long conversations our preference would be to try this early affiliation,” said Dean of Freshman Thomas A. Dingman ’67, a co-chair of the subcommittee.

House Faculty Deans, however, said they were concerned about whether the upperclassman residences have the capacity to take on rising sophomores, both in terms of programming and space. Several College administrators agreed that the proposal was not ideal, according to Dingman and John G. “Sean” Palfrey ’67, Adams House Faculty Dean.

Palfrey, another subcommittee co-chair, said the logistical challenges presented by having to involve freshmen in House life became the most significant barrier to adopting the proposal.

The Faculty Deans were not alone in having reservations about the proposal: Many other groups, including Undergraduate Council representatives and freshman proctors, also voiced qualms.

“I can’t tell you there was robust enthusiasm for this change,” Dingman said.

Dingman also said he thought support from Faculty Deans would have been crucial if the proposal were to move forward.

“The Faculty Deans were just another group that was consulted,” Dingman said. “But because they lead each of these Houses, their embrace of this would be critical. And if they thought this was going to detract from what they were doing with their current three classes, I think that’s something we have to take into account.”

In a message to Peer Advising Fellows on March 8, Dingman said Khurana had “acted favorably” on the Faculty Deans’ request to adopt other, shorter-term recommendations.

Namely, he wrote that Faculty Deans will plan more programming to encourage freshmen to attend House events in the spring after they are sorted and to better transition students at the beginning of their sophomore year.

Still, Dingman said Tuesday that he thought this proposal gained more traction than previous versions and that the College may return to the idea in the future.

“This has surfaced about every 10 years,” he said. “I think this time it had more traction. We had anticipated what some of the bumps would be in rolling it out, and I think we were convinced in the end that it was worth trying.”

He added that the College will examine Faculty Deans’ efforts to integrate freshmen going forward “and see if they’re making headway.”

Palfrey also agreed that conversations to change the Housing model, often with Yale's model as a potential alternative, have characterized his time as a Faculty Dean.

“We’ve been thinking about this issue of copying Yale for all the years that I’ve been doing this as a House Master and Faculty Dean,” Palfrey said. “It just never was easy.”