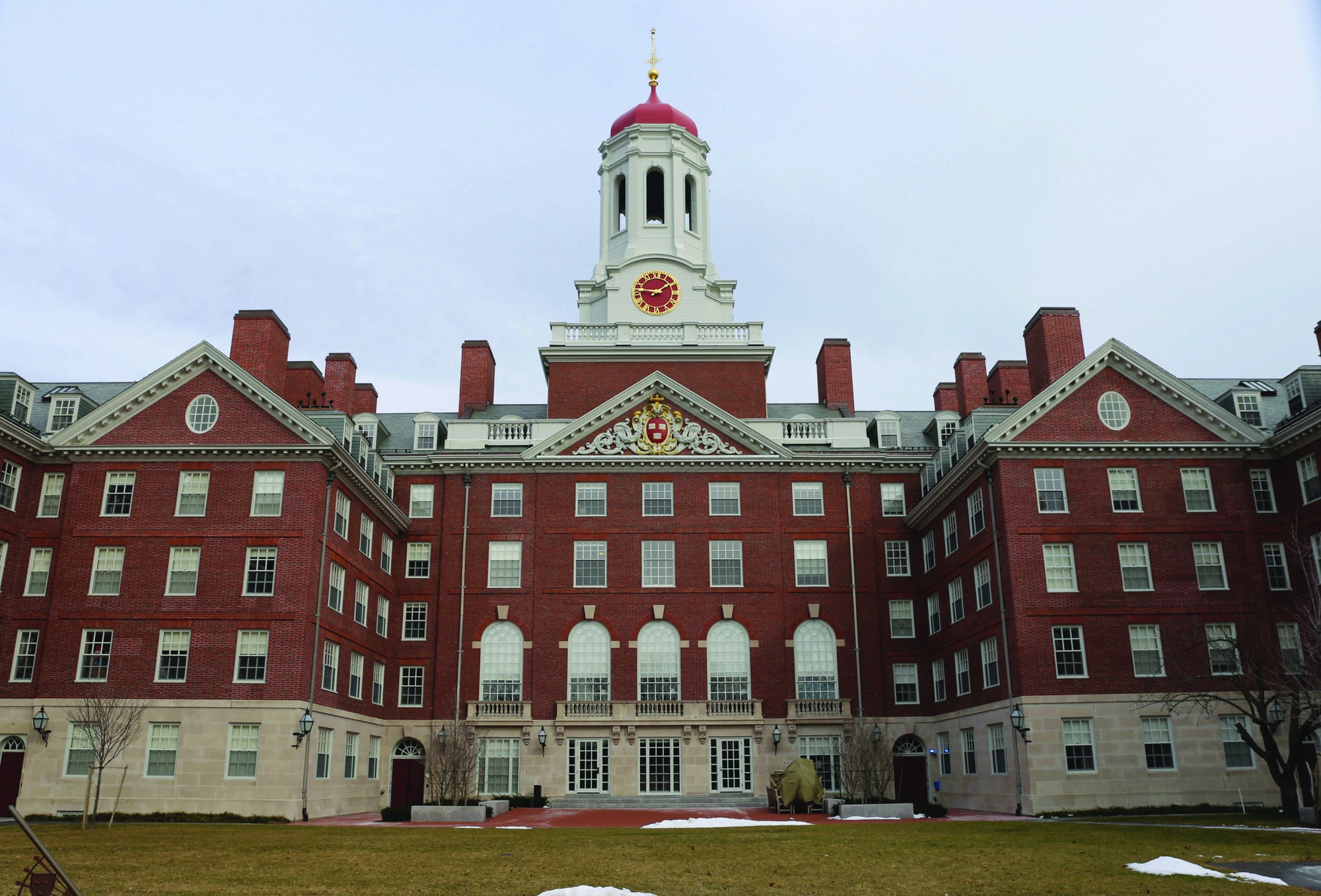 Hostage to The Past: The 1995 Murder Suicide in Dunster

Upon the discovery of Tadesse’s diary and details of the crime, Harvard University Health Services and its mental health offerings were closely scrutinized.
By Hillary A. McLauchlin

“That future hope was tragically cut short by the crazed hands of violence in the spring. And yet, that violence should not exercise its dominion over us. And it should not hold us hostage to the past,” Reverend Peter J. Gomes said to seventy people seated in Memorial Church’s Appleton Chapel on a September morning in 1995.

The congregation had gathered to reflect on a tragedy that had shaken the Harvard community just four months earlier. On May 28, shortly before summer vacation and commencement, Sinedu Tadesse ’96 fatally stabbed her roommate Trang Phuong Ho ’96 in their shared Dunster House double before committing suicide.

As was later revealed in her diaries, Tadesse, a pre-med student from Addis Ababa, Ethiopia, had struggled with loneliness and unanswered cries for help. As reported in a 1996 New Yorker article, in addition to receiving therapy from Harvard University Health Services, Tadesse expressed her feelings of hopelessness by sending letters to local strangers.

When Ho shared her desire to room with a different student senior year, Tadesse hit a breaking point. As reported by The Crimson in a series of 1995 articles, Tadesse missed three exams the week of the murder and mailed an anonymous note to The Crimson including her own picture and the promise of a “juicy story” involving herself. Neither instance was investigated prior to the killing.

As Harvard’s campus reeled after the tragedy in Dunster, reporters flooded Cambridge. Upon the discovery of Tadesse’s diary and details of the crime, Harvard University Health Services and its mental health offerings were closely scrutinized. Over the next year, questions about the institution’s liability were raised in Halfway Heaven, a book about the deaths in Dunster written by Melanie Thernstrom ’87, and a lawsuit filed against Harvard by Ho’s family.

In August 1995, as reported by The Crimson, then-Dean of the College Harry R. Lewis ’68 sent a letter to parents of undergraduates in response to continued media attention. “It appears that neither student was living outside the College’s carefully woven advising system. Indeed, both students were in close contact with their academic advisor and seemed to be managing the ups and downs of college life,” he stated.

Some students were dissatisfied by this “carefully woven” system. In an editorial piece published three months before the murder suicide, members of The Crimson’s staff called for change in Harvard’s mental health offerings. In 1995, according to the editorial piece, making an appointment to see a mental health professional often took 10 to 15 days. Students who were in need of long-term therapy were often referred to outside hospitals, as this treatment fell outside of the University’s health plan.

Mental health services were understaffed and students often found it difficult to meet with the same practitioner on a regular basis. In the year prior to Tadesse’s suicide, three other Harvard students had taken their lives—two of whom had also lived in Dunster. These rates were “very unusual” for the University, said Randolph Catlin Jr., then chief of Harvard’s mental health services, in a statement to The Chronicle of Higher Education.

Lewis, speaking to The Crimson in 1995, found that a review of the incident did not indicate wrongdoing on the University’s part, and that no immediate change would be made to the overall structure of Harvard’s counseling and tutoring system. The administration did implement small changes, increasing tutor training, tripling counseling staff, and increasing UHS student outreach.

The deaths in Dunster continued to shape the discussion surrounding mental health services in the years following. A 2000 Crimson article noted the five-year anniversary of Tadesse and Ho’s deaths, alongside discussion of additions to Harvard’s offerings after the tragedy. UHS mandated that first-time appointments be scheduled within seven days, increased its emergency hours and staffing, and changed its hours to better fit students’ schedules. In addition, mental health liaison tutors were installed in each house and empty suites were set aside as “safe spaces.”

In his September 1995 Memorial Church address, Reverend Gomes offered advice and consolation to the grieving campus: “We must reclaim that future, unclear, uncertain as it surely and always is [...] and we can move on.” Still, the process to schedule psychiatric appointments continues to garner criticism from some students, while ongoing mental health issues on campus have challenged the progress the University had made since the 1995 tragedy.