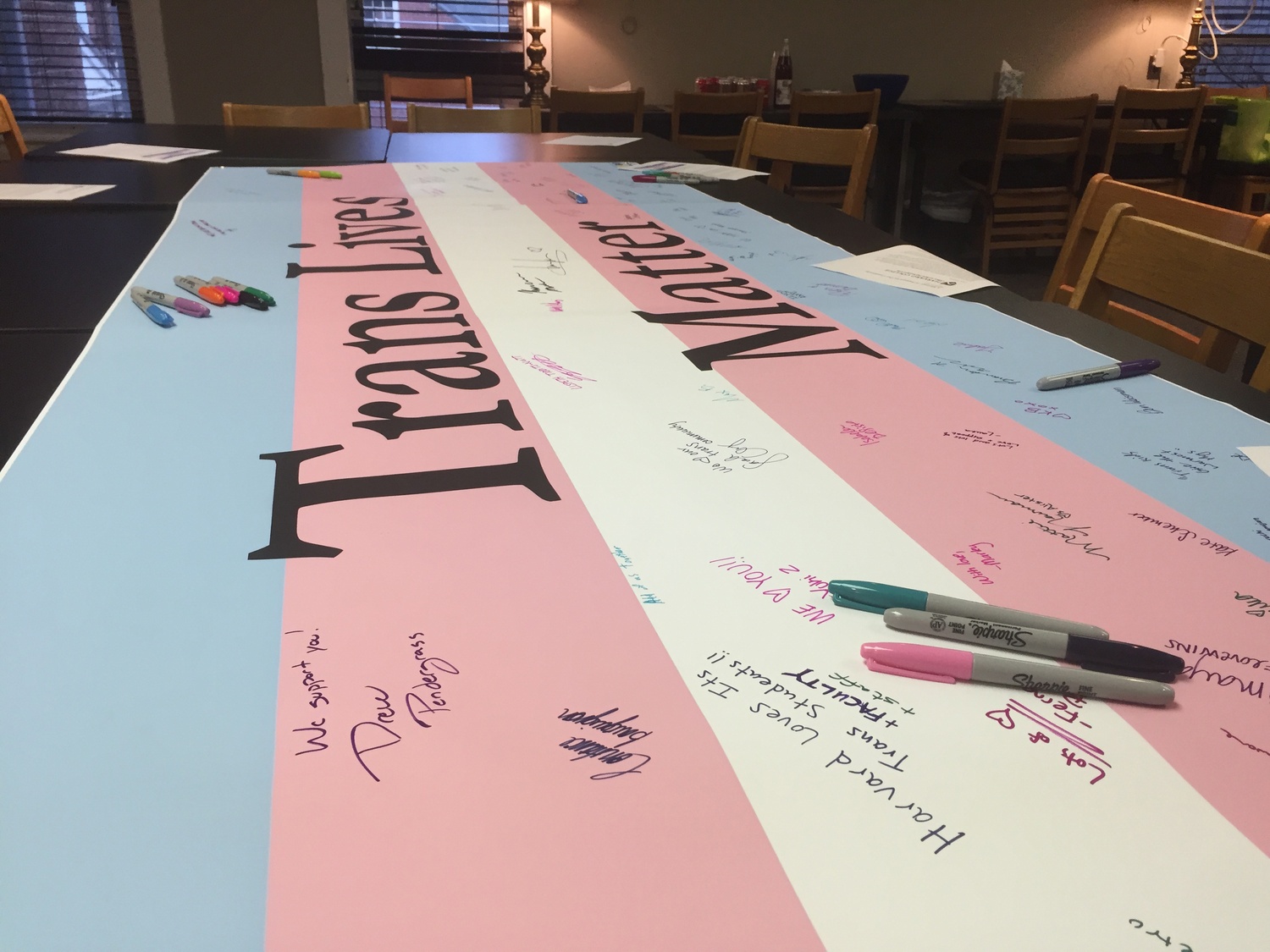 The College’s Office of BGLTQ Student Life reaffirmed its support for transgender students ahead of a scheduled campus visit Thursday from an anti-transgender “Free Speech Bus.”

In response to the bus’s scheduled visit, the BGLTQ Office hosted a banner signing event Tuesday afternoon, where students stopped by the Office’s Linden St. quarters and added their names to a sign reading “Trans Lives Matter.” The banner will be hung in the Science Center Plaza Thursday, according to Sheehan D. Scarborough ’07, the director of the office.

“We'll be hanging the banner in the Science Center Plaza as a visible message of support for the trans community at Harvard and…to provide a counter-message to the rhetoric offered by the bus,” Scarborough wrote in an emailed statement Tuesday.

Scarborough also emailed a “Message of Support” to BGLTQ undergraduates over the weekend.

“Whether or not this bus shows up on campus this week, we will still be here,” Scarborough wrote. “Our lives are the punctuation mark on this debate, because at the end of the day, queer, and trans, and gender non-binary people exist.”

“No message on a bus can cast a shadow on the radiant spectrum of light that is the awesome diversity of our human experience,” Scarborough added.

Adams House BGLTQ resident tutors prepared for the “Free Speech Bus” by hosting a “supportive space” for students to “come together” Tuesday evening.

As of late Tuesday afternoon, the “Trans Lives Matter” banner had garnered more than 80 student and administrator signatures. Lily M. Velona ’18, who signed the banner, said, “I think it’s terrible—it’s purposeful that this bus is calling itself a ‘Free Speech Bus.’”

“I’ve been seeing lot of this as of late, where people are conflating free speech and hate speech,” Velona added. “Hate speech is not protected speech. It’s not free speech. No one has the right to use hate speech.”

Benjamin M. Kruteck ’19, who also signed the banner, said he chose to add his name because he wanted to show support for his transgender peers.