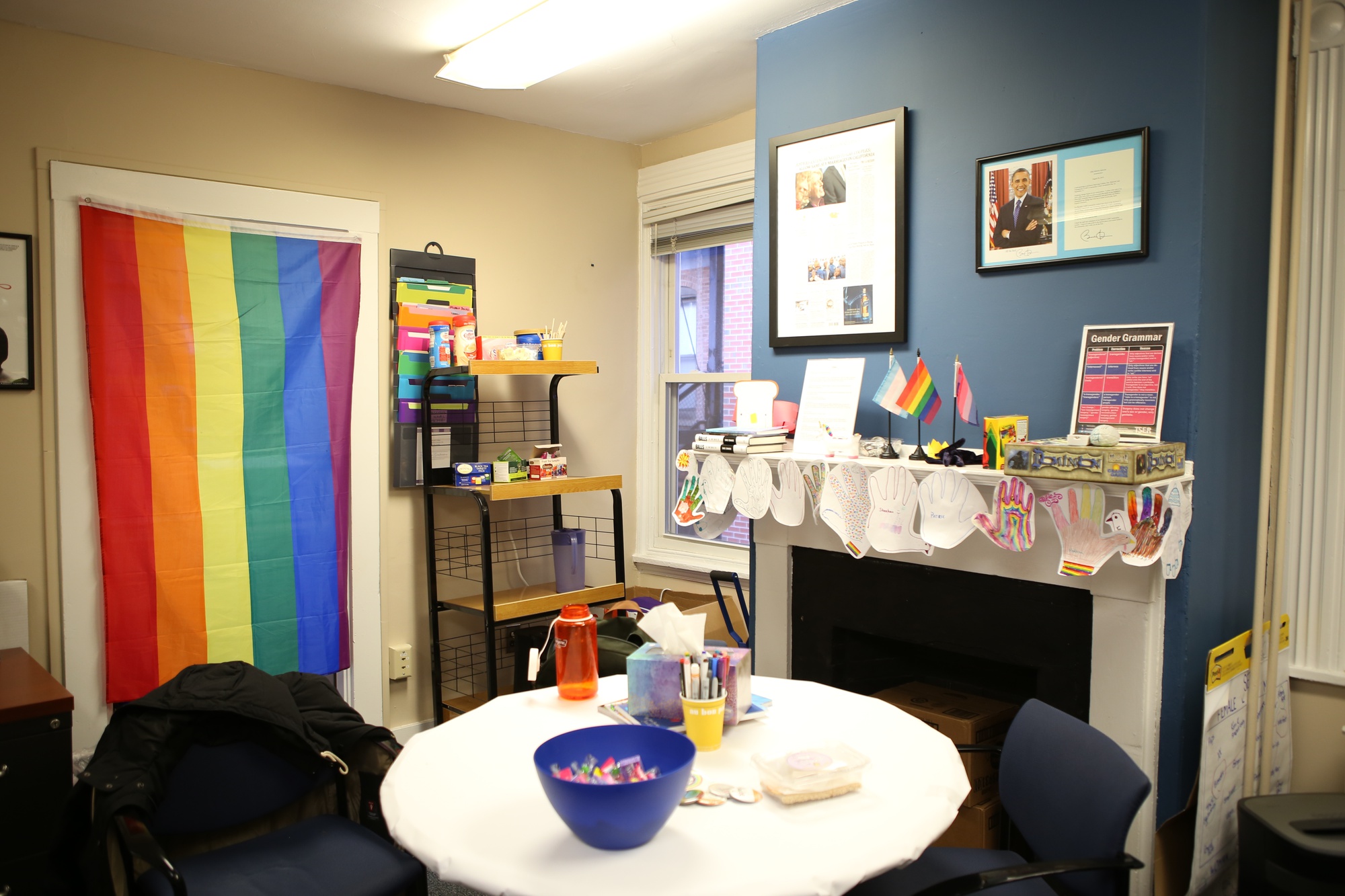 In 2010, a new working group on BGLTQ Student Life was tasked with assessing existing resources available to BGLTQ-identified students and determining their needs going forward. In April 2011, recommendations for the space were accepted.
By Margot D. Dionne, Crimson Staff Writer

The Office of BGLTQ Student Life, which officially opened in the basement of Boylston Hall in 2012, celebrated its fifth birthday Monday night. Dozens gathered in Ticknor Lounge to celebrate the anniversary with cupcakes, toasts, and conversation.

Sheehan D. Scarborough '07, who has directed the office since Feb. 6, said he found the event successful.

“The event went really well,” Director of BGLTQ Student Life Sheehan D. Scarborough ’07 said. “The most important thing for me was that students would come today and see that there is a vibrant community of people to support them.”

The celebration featured button making, education about resources, celebratory toasts, and food. The food display included an array of rainbow cupcakes boasting a candle with the number five in the middle. 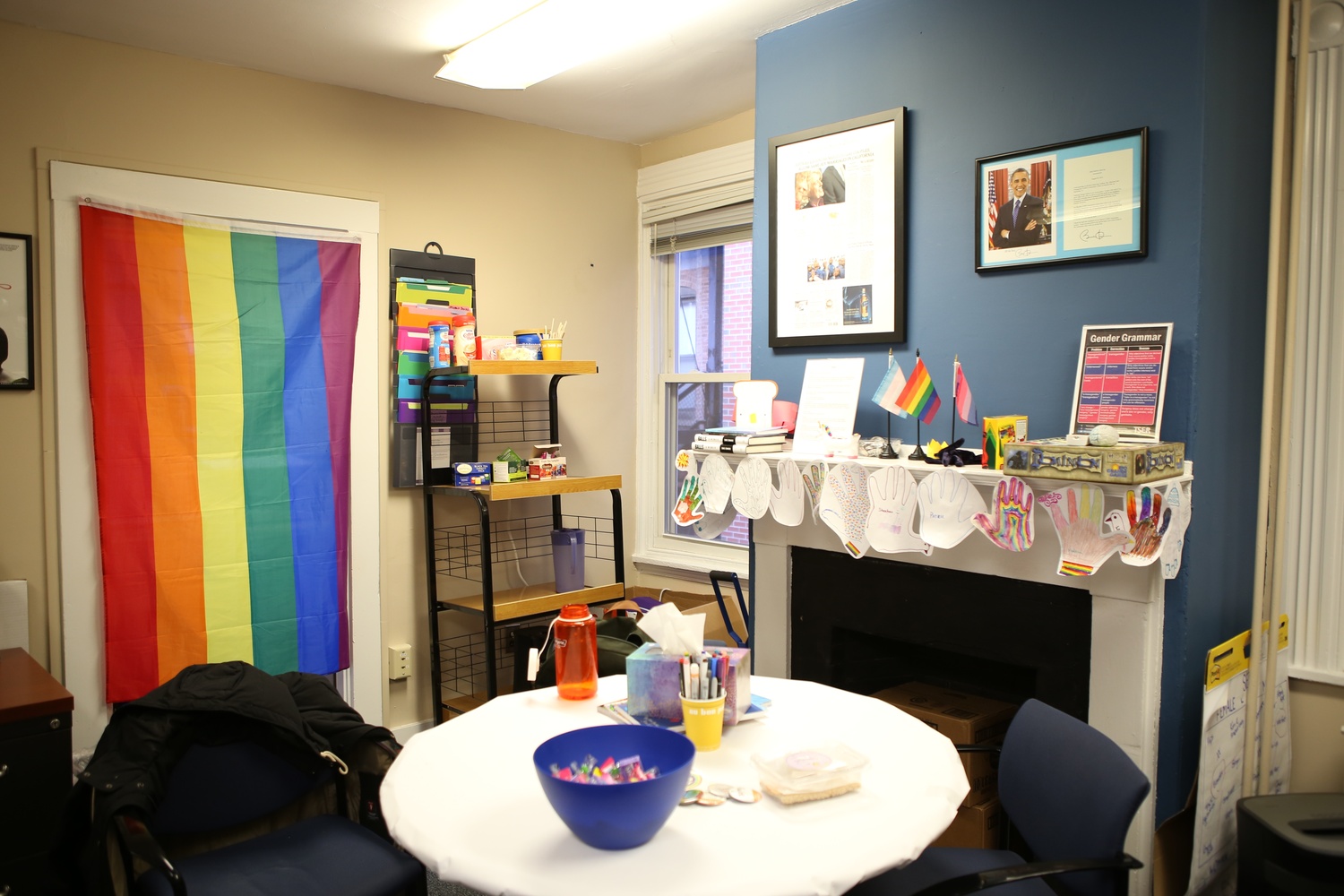 In 2010, a new working group on BGLTQ Student Life was tasked with assessing existing resources available to BGLTQ-identified students and determining their needs going forward. In April 2011, recommendations for the space were accepted. By Cynthia Guo

During the celebration, Scarborough toasted to the Office’s fifth birthday and spoke about his hopes for the future of Harvard's BGLTQ student life. Scarborough said he is excited for the office to move into its newly-renovated space in Grays Hall next year. The new space will be on the ground floor of the building, and will have a kitchen, lounge, and library, Sheehan said.

“This is a really wonderful moment for Harvard College,” Scarborough said about the new space. “They’ve invested so much in this space and now we get to be the ones to use it and make it the best that it can possibly be.”

Dean of Students Katherine G. O’Dair also spoke at the event, highlighting her hope for the office’s future success.

The Bisexual, Gay, Lesbian, Transgender, and Supporter Alliance Resource Center opened in 1998 in the basement of Holworthy, according to the office’s website. In 2009, the BGLTSA Resource Center changed its name to the Queer Resource Center. Then, in 2011 former Dean of the College Evelynn M. Hammonds announced that the College would hire a full-time staff for the Office of BGLTQ Student Life.

Scarborough acknowledged, however, that there have also been setbacks in the Office’s recent history, citing the potential arrival of the anti-transgender “Free Speech Bus” in Boston on Tuesday as a key example of homophobia and transphobia that still exist.

“In 2012 when the office was created, it was a very different political landscape. We were on the cusp of huge political achievement. We are entering into such a different political environment, and we’re seeing the effects of that everyday,” Scarborough said. “This bus can come to town, it has its own message. We have a different message. It’s important to make that message loud and clear all the time.”

Although the BGLTQ community continues to face prejudice, Scarborough still believes the community is “in a very good place in terms of rights and visibility.”

Jessica R. Fournier ’17 said she was optimistic about the Office’s future.

“This is an important office and it’s part of a much larger and vibrant core community,”said. “I think it will be around for many years to come.”