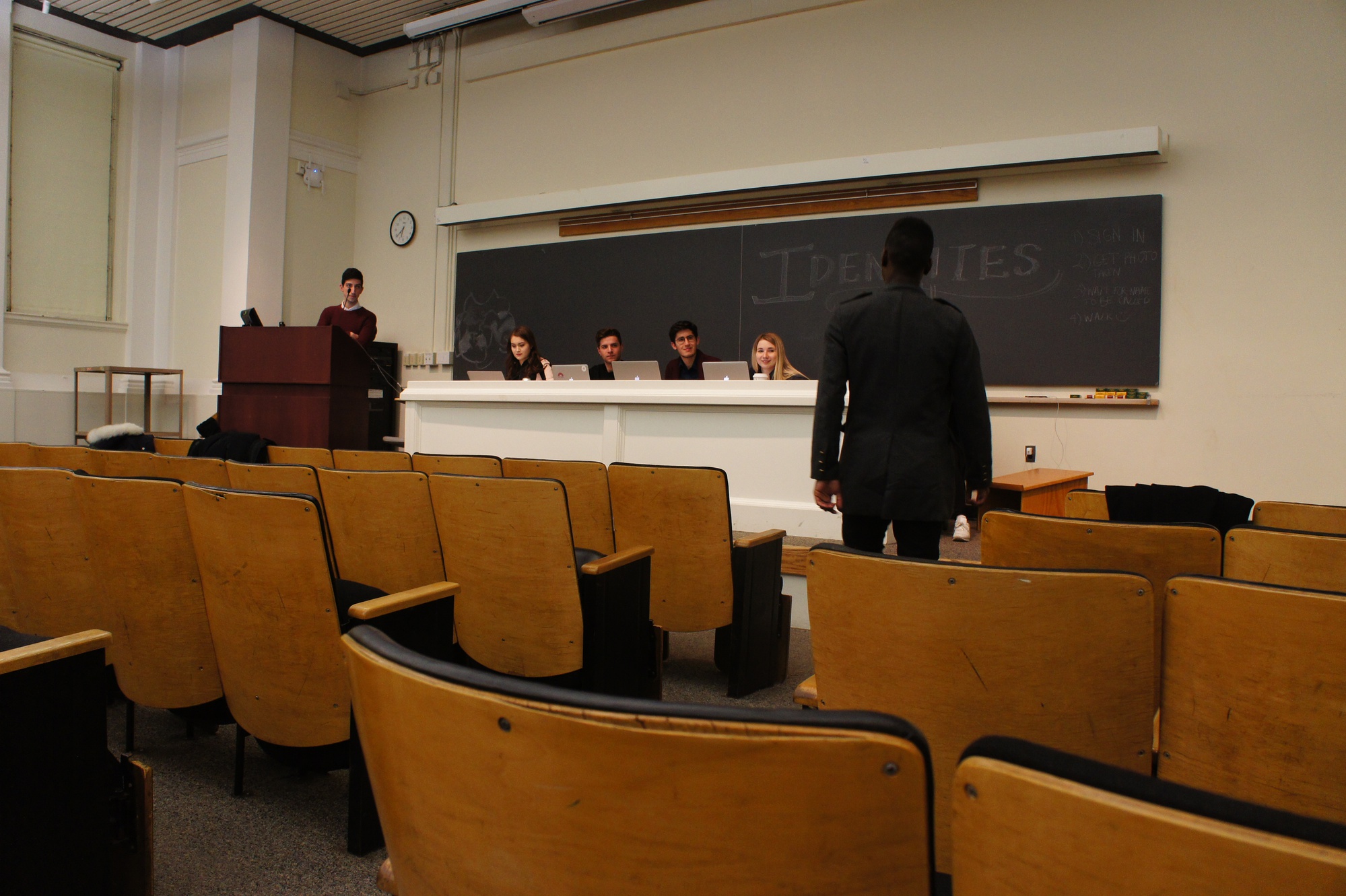 Inclusivity in Fashion: How Harvard’s Next Top Model is Different from America’s

“Especially with fashion, it’s kind of a complicated issue because it is an industry and an art form where forever there’s only been one vision of beauty,” Tyler J. Frances ’18, Co-Creative Director and Executive Producer of Identities, says. “I think that a mission we’re trying to bring to campus is that beauty comes in endless forms, and I think that in the past maybe [Identities] hasn’t portrayed that as enthusiastically as [it] should have.”
By Hannah A. Lemmons and Gabriela J. Siegal

While the supermodels of today look much different from those 10 years ago, there is still significant progress to be made when it comes to diversity and inclusion in the industry. Identities and Eleganza, two of Harvard’s largest student-run fashion showcases, have attempted to challenge the conventional standards of beauty. This year, according to organizers, they’re doing even more.

According to Claudia Laurie ’18, this year’s Identities executive producer and creative director, the show was originally put on in order to celebrate the Asian identity at Harvard. As it evolved over time, the show shifted its focus from highlighting one racial group towards promoting diversity in its various forms.

“Especially with fashion, it’s kind of a complicated issue because it is an industry and an art form where forever there’s only been one vision of beauty,” Tyler J. Frances ’18, Co-Creative Director and Executive Producer, says. “I think that a mission we’re trying to bring to campus is that beauty comes in endless forms, and I think that in the past maybe [Identities] hasn’t portrayed that as enthusiastically as [it] should have.”

As Identities has acquired an increasing presence and popularity on campus, the show has faced some challenges to its mission. According to Laurie, the publicity materials for the auditions last year requested that “ladies” bring high heels. Conscious of the gendered nature of the request, Laurie says the Identities board made intentional changes.

This year, the audition process did not divide auditionees based on gender. In addition, the board distributed questionnaires, asking prospective models to describe their comfort level wearing specific types of clothing, shoes, and makeup.

“We want to specify that people who bring their own personality and their own culture to the audition so that we can see them and hear about them during their interview process,” Li says. “We want it to be much more of a dialogue than an interview.”

Furthermore, Laurie says that with scheduling difficulties, a few of last year’s auditions had to be conducted by only two board members who also happened to be good friends. She says the biases that this could have potentially created, and assured that this year’s process was much more objective, inclusive, and also transparent.

“I think this year we can make it more clear that we’re looking for people with a lot of personal style, attitude, confidence, having fun while walking, etcetera,” Laurie says. “We’re not looking for a body size or a particular look; we have no quotas.”

Eleganza has followed a similar trajectory. Born 23 years ago, the show began in effort to showcase “black fashion and creativity here on campus,” Executive Producer Haylee Smith says. “Eleganza has since then moved away from being just a black fashion show because we want to incorporate everyone on campus.”

According to Smith, all the clothing for the show still comes exclusively from designers of color because these designers “are often pushed aside in the fashion industry.” However, the production involves a racially diverse cast, crew, and executive board.

“Being ‘Identities,’ we want to be inclusive and representative, and also to value and to celebrate all sorts of identities regardless of gender, background, race, interests, and cultures,” Sabrina Li, director of the show’s photo department, says.

The Eleganza team placed a new emphasis on incorporating various forms of dance and music including Korean hip-hop and Caribbean music.

According to Li, Identities and Eleganza plan to co-host a town hall event at the end of March to discuss diversity and inclusion in fashion, both on campus and in the industry as a whole. Identities also hopes to partner with Harvard Eating Concerns Hotline and Outreach, a campus peer support group, to hold an event to discuss body stereotypes.

“[Fashion] is an art form worn and brought to life by the people who are inhabiting it in that moment,” Frances says. “We can present what we think is beautiful about Harvard, and to us that is the community that is so rich and diverse… In that way, we’re really the cutting edge of what fashion could be.”