‘The Killing of a Sacred Deer’ Pairs Tragedy and Black Comedy 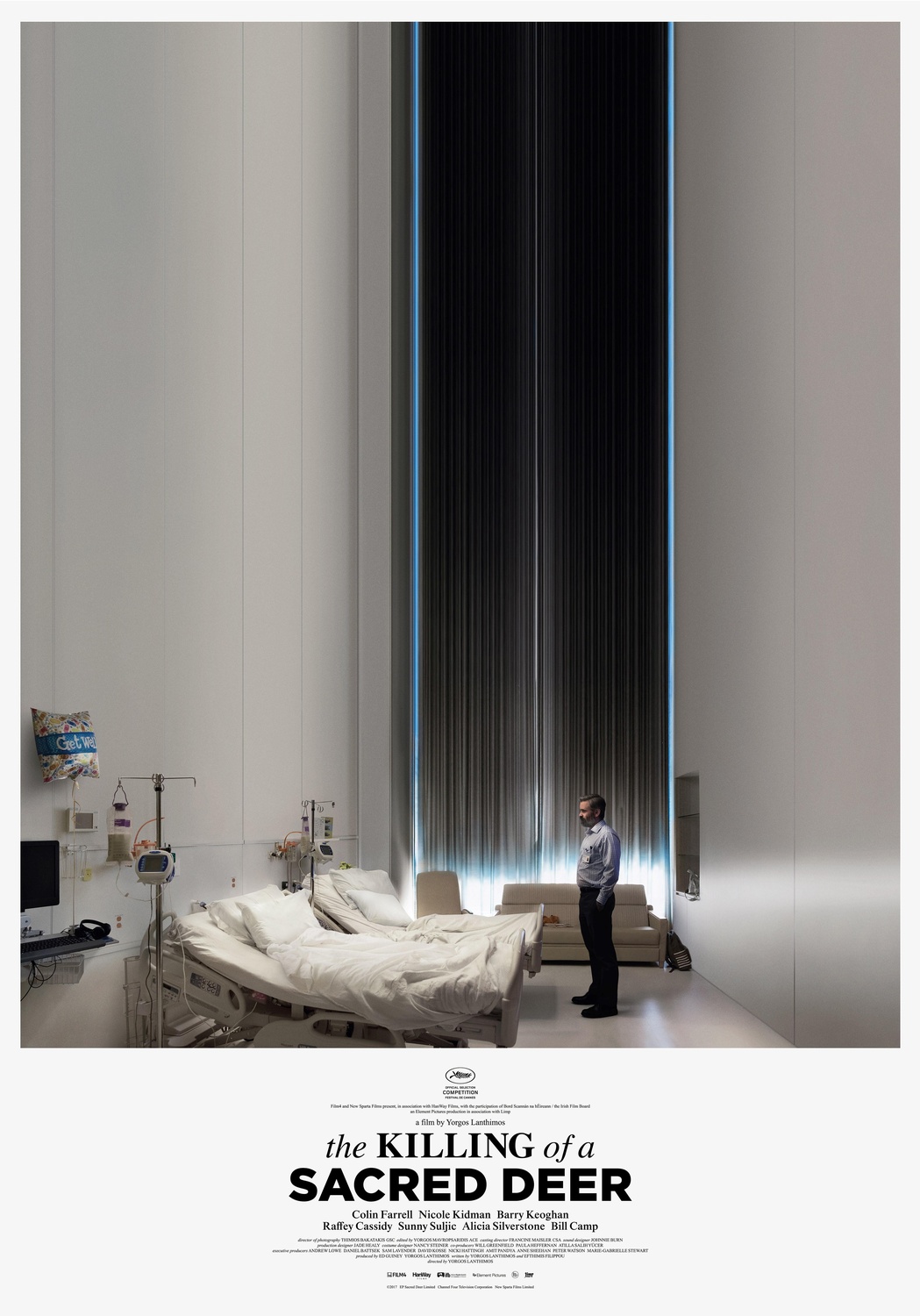 By Courtesy of Festival de Cannes
By Ethan B. Reichsman, Crimson Staff Writer

Yorgos Lanthimos knows black comedy. His last film, “The Lobster,” found its humor in ridiculous, if terrifying situations, and Lanthimos’s latest, “The Killing of a Sacred Deer,” doubles down on both of those impulses. Working with his “Lobster” star, Colin Farrell, Lanthimos has created a film both funnier and more tragic than his last effort. By establishing a world with bizarre characters and twisted logic, Lanthimos is able to mine the drawn-out, if inevitable, build-up to a dramatic conclusion for an equal measure of laughs and chills.

“The Killing of a Sacred Deer” is based very loosely on the Greek myth of Iphigenia, one of Agamemnon's daughters. After accidentally killing a deer sacred to the goddess Artemis, Agamemnon is forced to sacrifice Iphigenia or halt the entire invasion of Troy. Farrell’s character, Stephen, is faced with a similar choice after accidentally killing a man in surgery. In Lanthimos’ hands, what was once simply a tragedy becomes a true horror film.

This impossible choice is a trying situation for most families, but Stephen’s family is far from conventional. Petty power politics play out as both he and his wife, Anna (Nicole Kidman), have clear favorites between their two children. Farrell is back with his weirdly direct monotone, familiar to viewers of “The Lobster,” although he demonstrates here far more of an emotional range than in that film. Kidman matches him note for note, and their oddness plays tremendously well off each other.

The true breakout star of “The Killing of a Sacred Deer,” however, must be Barry Keoghan, playing Martin, the deeply disturbed son of Stephen’s victim. He sells the ineluctable rationale of a boy in search of revenge, and gradually, as Stephen’s family comes to terms with his terrible choice, his twisted logic dominates the entire film. All the other characters are living in his world, and Keoghan’s determined insanity is the base upon which the others’ performances rest.

To assist Keoghan in ratcheting up the suspense, Lanthimos turns to his cinematographer, Thimios Bakatakis, and his sound designer, Johnnie Burn (both of whom worked on “The Lobster” as well). Bakatakis relies heavily on long, slow zooms, and frames many of his shots so as to dwarf the characters in their surroundings. Burn, for his part, uses instruments not so much to create music as to create a mood—one of the most common refrains in the film is the eerie, tuneless squeaking of violins. The effect of all this is that Lanthimos uses even the seemingly everyday scenes at the start of the film to create dread, long before horror comes to bear on this unassuming family.

In films as chilling as “The Killing of a Sacred Deer”, humour would often be used to break the tension, giving the viewer a chance to breath. Lanthimos, however, does not let up, and often the funniest moments and lines are also the most horrifying. The characters never crack jokes—it is only their surreality, and that of the positions in which they find themselves, that lend humor to tragedy. The climactic scene of the film is deeply ridiculous, while also providing visceral shocks. In fact, the times when the audience finds itself laughing are some of the main contributors to the incredible discomfort that comes from watching this film.

Those familiar with Lanthimos’ oeuvre will not be surprised by the surreal quality of the dialogue and characters. He does not aspire to naturalness, and in “The Killing of a Sacred Deer,” this serves him well. By fully embracing the inherent rationalization of the damaged and insane, he has managed to construct a movie at once enjoyable and painful to watch, switching between and combining genres with the freedom of an auteur.