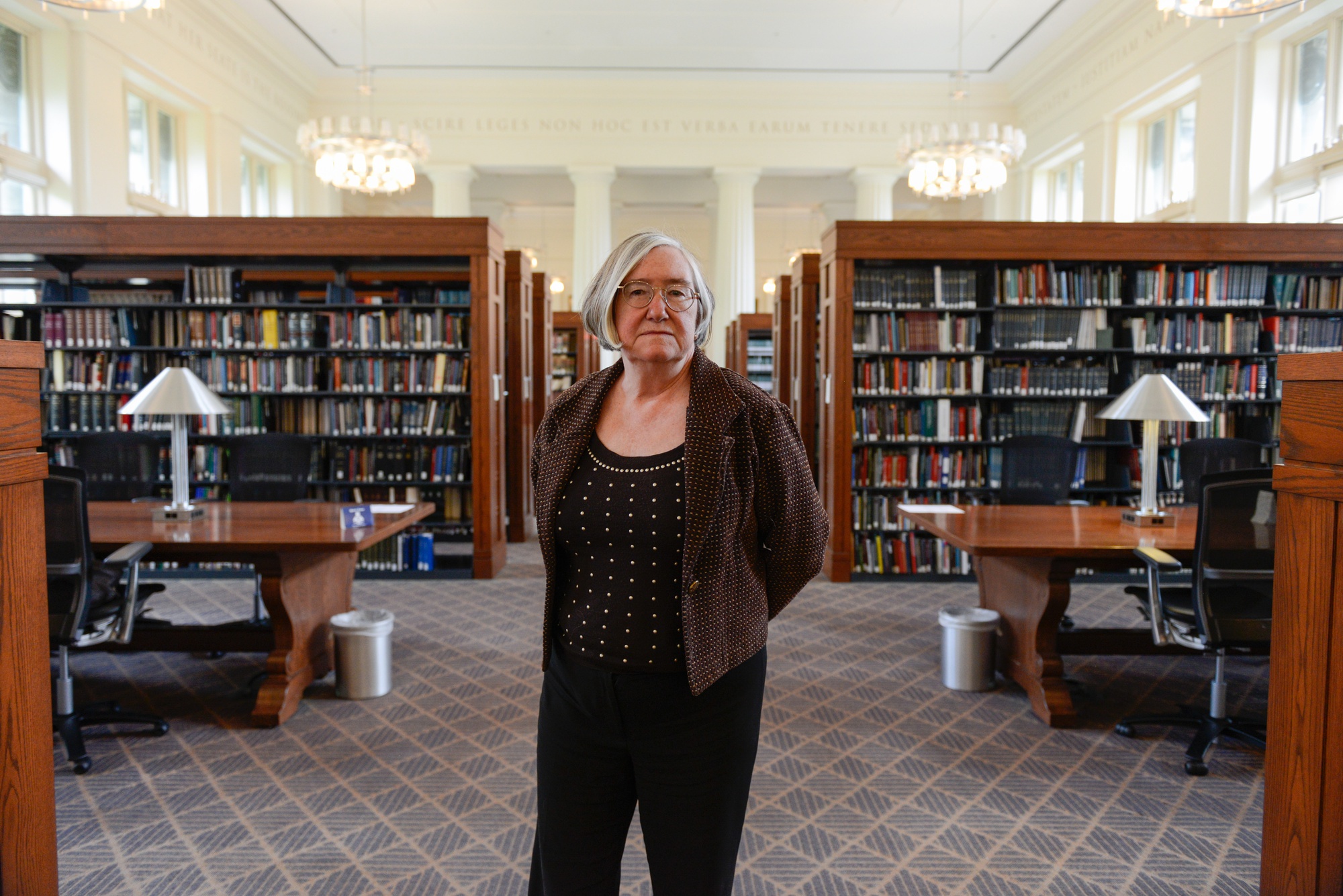 Janet E. Halley poses inside the Harvard Law School library, a place she defines as a quintessential location in the Law School experience.
By Jamie D. Halper, Crimson Staff Writer

Four Harvard Law School faculty members are pushing for the Department of Education to revise Obama-era Title IX standards governing how universities respond to sexual harassment and assault on campus.

In a memo submitted to the Department of Education last week, Law School professors Janet E. Halley, Elizabeth D. Bartholet ’62, and Jeannie Suk Gersen and lecturer Nancy Gertner called on the Education Department’s Office of Civil Rights to reevaluate the standards put forth in the 2011 Dear Colleague Letter. That directive instructed all colleges and universities receiving federal funds to use a preponderance of evidence standard—a lower standard of proof—in sexual assault cases and established a broader definition of what could be considered sexual harassment. In 2014, Harvard adopted a preponderance of the evidence standard for sexual harassment cases.

The Law School faculty in their memo—entitled “Fairness for All Students under Title IX”—argued that as a result of the letter, colleges’ definitions of sexual wrongdoing now “go way beyond accepted legal definitions of rape, sexual assault, and sexual harassment.”

“I think that it is a disgrace that Harvard University adopted one of the most chaotic definitions of sexual harassment I have ever seen, one of the worst procedures in the country, and has stuck by these after years of criticism,” Halley said.

A University spokesperson said the Title IX Office had not seen the memo and declined to comment. 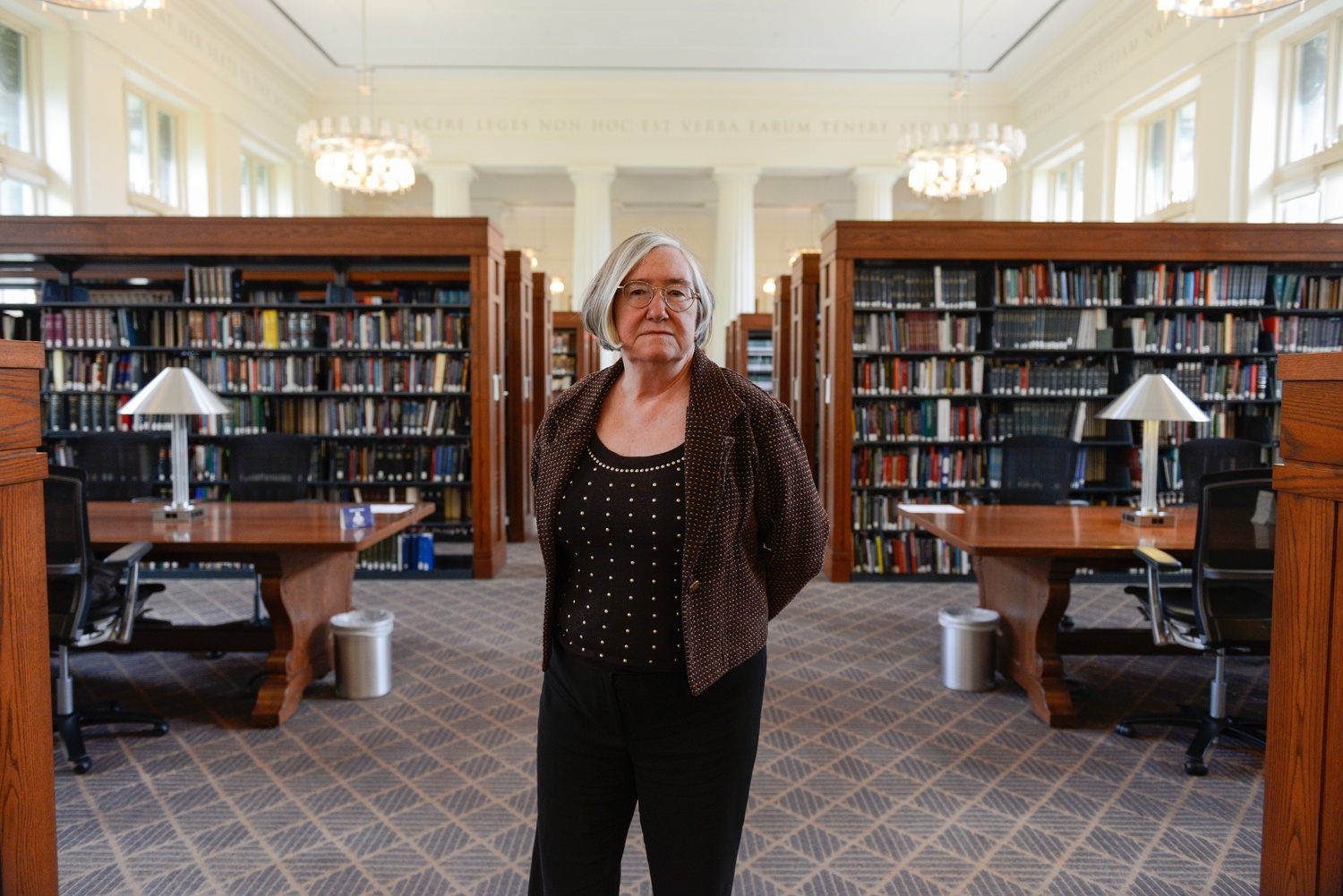 Halley, Bartholet, Suk Gerson, and Gertner were among the 28 Law School faculty who in 2014 called for Harvard withdraw its then-new sexual harassment policy in an open letter published in the Boston Globe. In 2015, the Law School broke from the University in crafting and adopting its own set of sexual harassment procedures.

Halley—who led the effort to publish the memo and has been a vocal opponent of Harvard’s and national sexual assault policies—said she was motivated to write the memo as the Trump administration’s Education Department reconsiders its approach to combating sexual assault on campus. Buzzfeed reported Tuesday that the department is considering putting the Dear Colleague letter up for public comment, potentially opening its standards up to revision.

Bartholet said she sees two fundamental issues with the current Title IX policies: the “overbroad” definition of sexual assault and the process of determining guilt in these cases.

“These policies have meant that accused students have, on many occasions, been subjected to a process that really does not give them a fair chance to establish what the real facts of the incident were,” Bartholet said.

Though the Education Department has not currently committed to altering any campus sexual assault guidelines, Secretary of Education Betsy DeVos said in July that the department should act “quickly” to change Title IX policy.