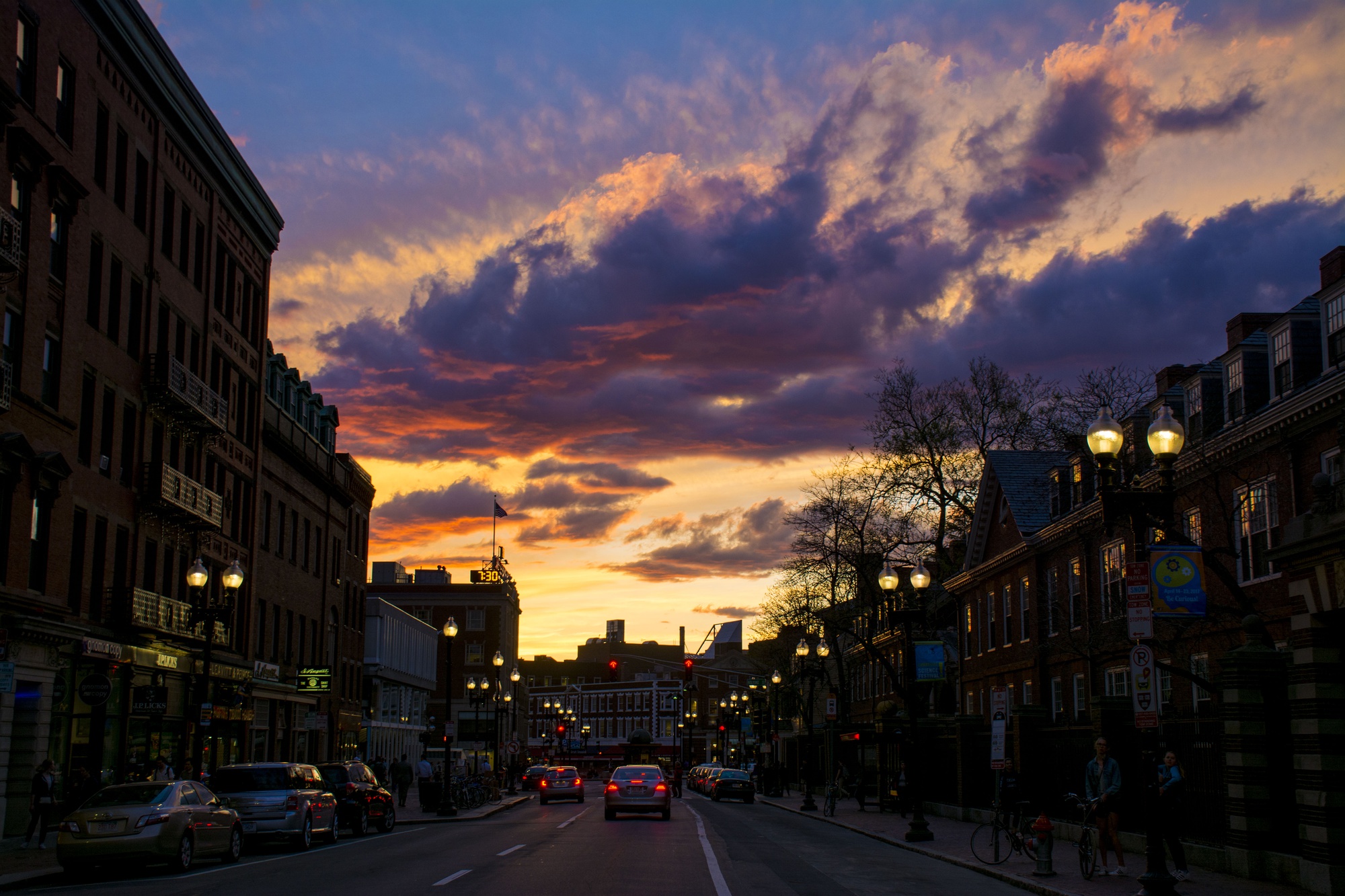 The Photos That Captured 2017

Springtime brings colorful sunsets back to Cambridge. By Charles K. Michael
From a protest that ended in the arrest of several Harvard professors to Mark E. Zuckerberg's visit to campus to finally claim a Harvard degree, The Crimson looks back on the past year in pictures.
By The Crimson Photo Staff

The past year saw plenty of action: University President Drew G. Faust announced she plans to step down in summer 2018, a campus protest against Trump administration policies ended in the arrest of multiple Harvard professors, and Facebook founder and College dropout Mark E. Zuckerberg "at last" earned his Harvard degree. The Crimson looks back on the photos that captured 2017.

Early in the year—in January and February—Oscar-winning actress Octavia Spencer and Golden Globe-nominated actor Ryan Reynolds received the Hasty Pudding Theatricals Woman of the Year and Man of the Year awards, respectively. 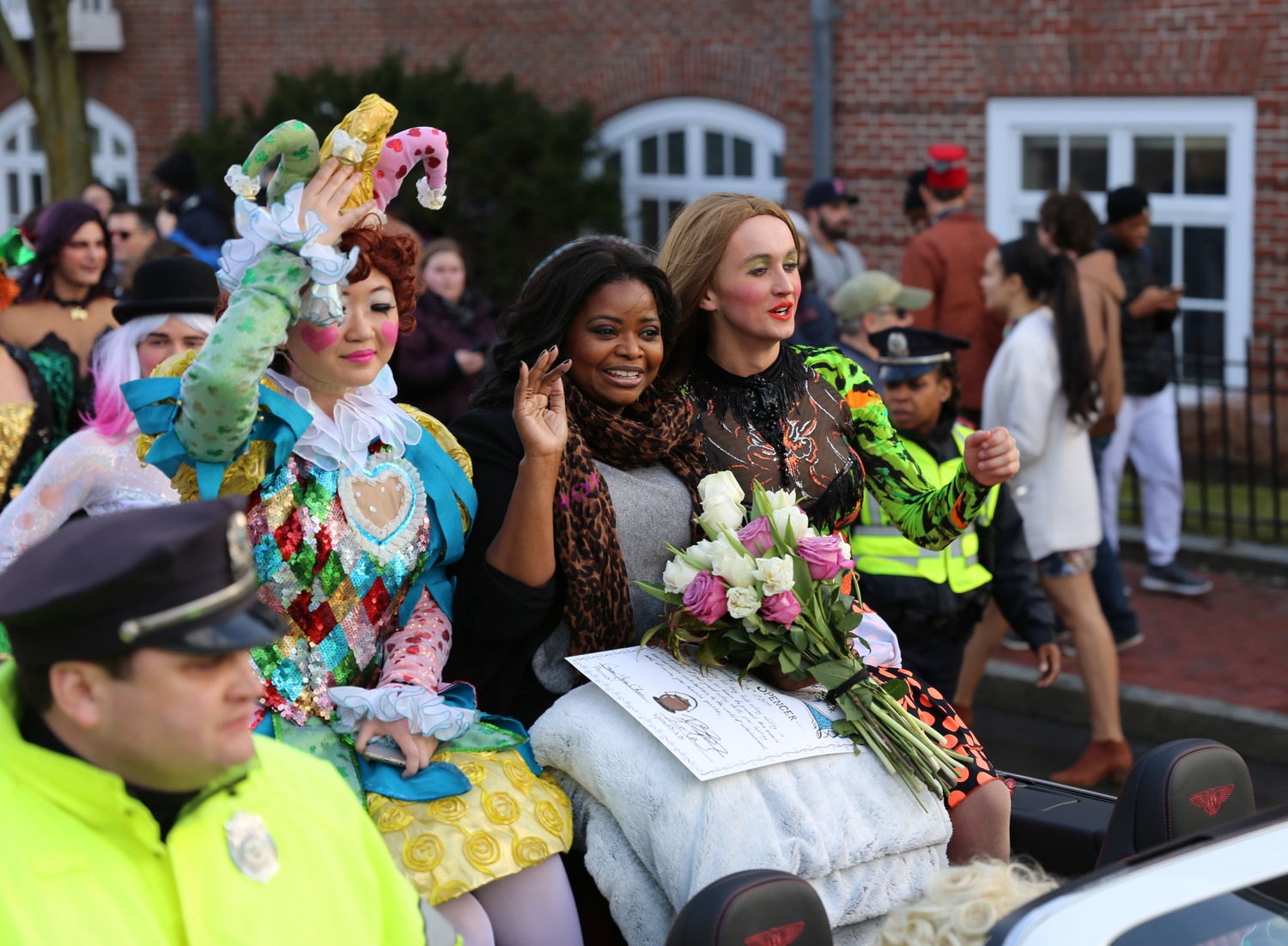 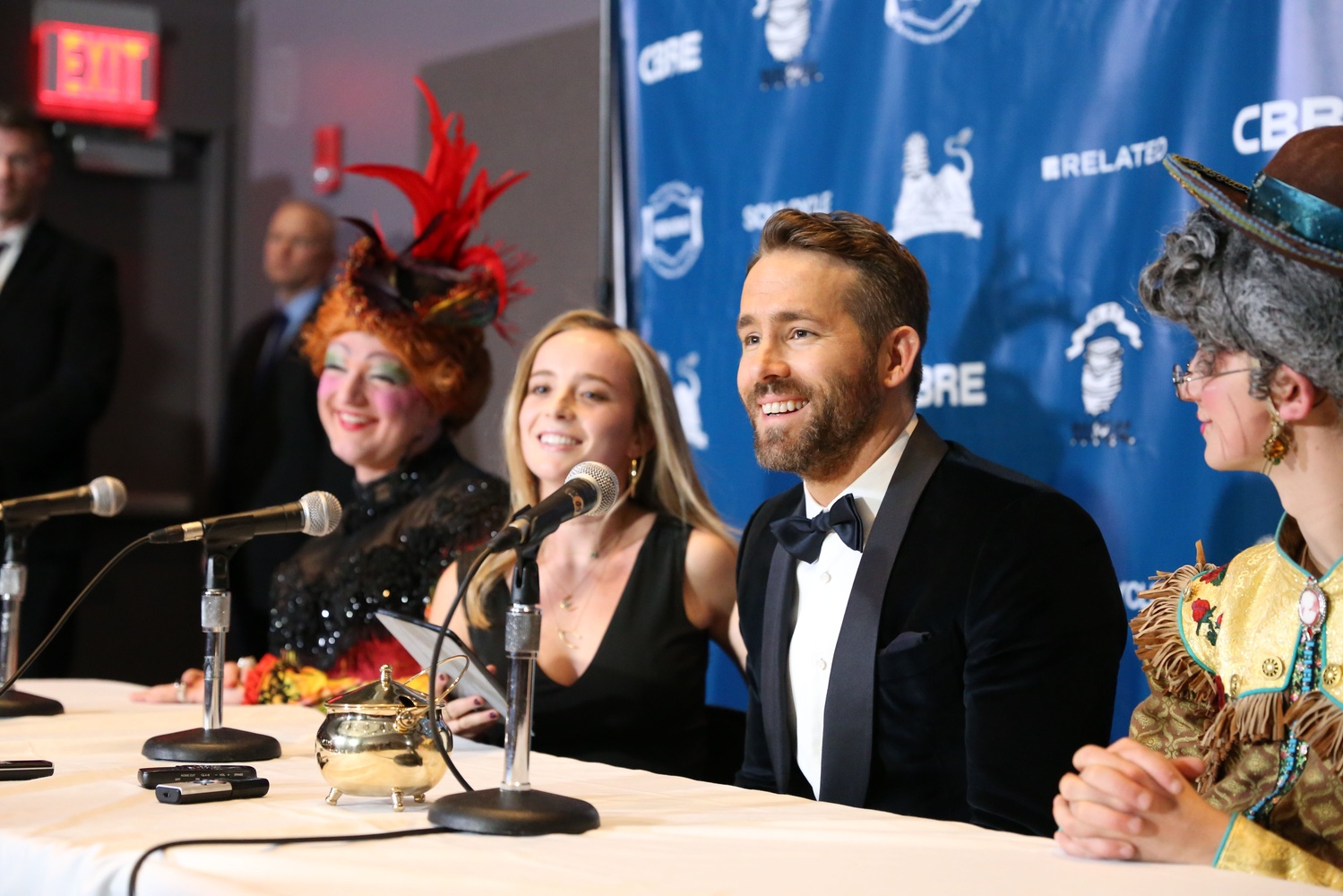 On Feb. 28, pop singer and philanthropist Rihanna spoke in Sanders Theater after she accepted the Harvard Foundation's 2017 Humanitarian of the Year Award. 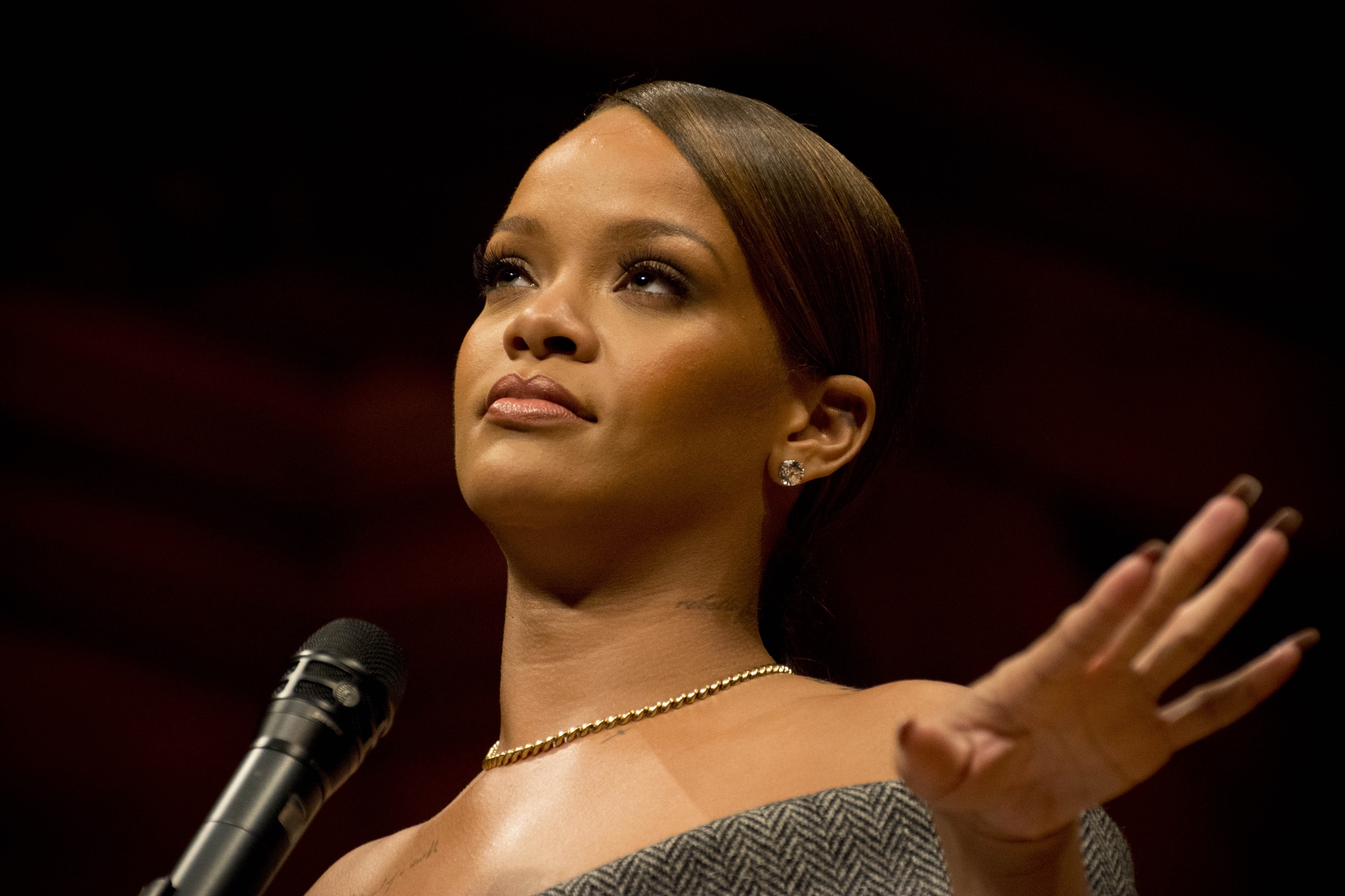 Every year on the Thursday before spring break, upperclassmen storm the dorms of nervous freshmen to reveal which of Harvard's 12 residential Houses the first-years will call home for the next three years. Here, Madison C. Schmitt '19 leads members of Kirkland House in a chant the morning of Housing Day 2017, held March 9. 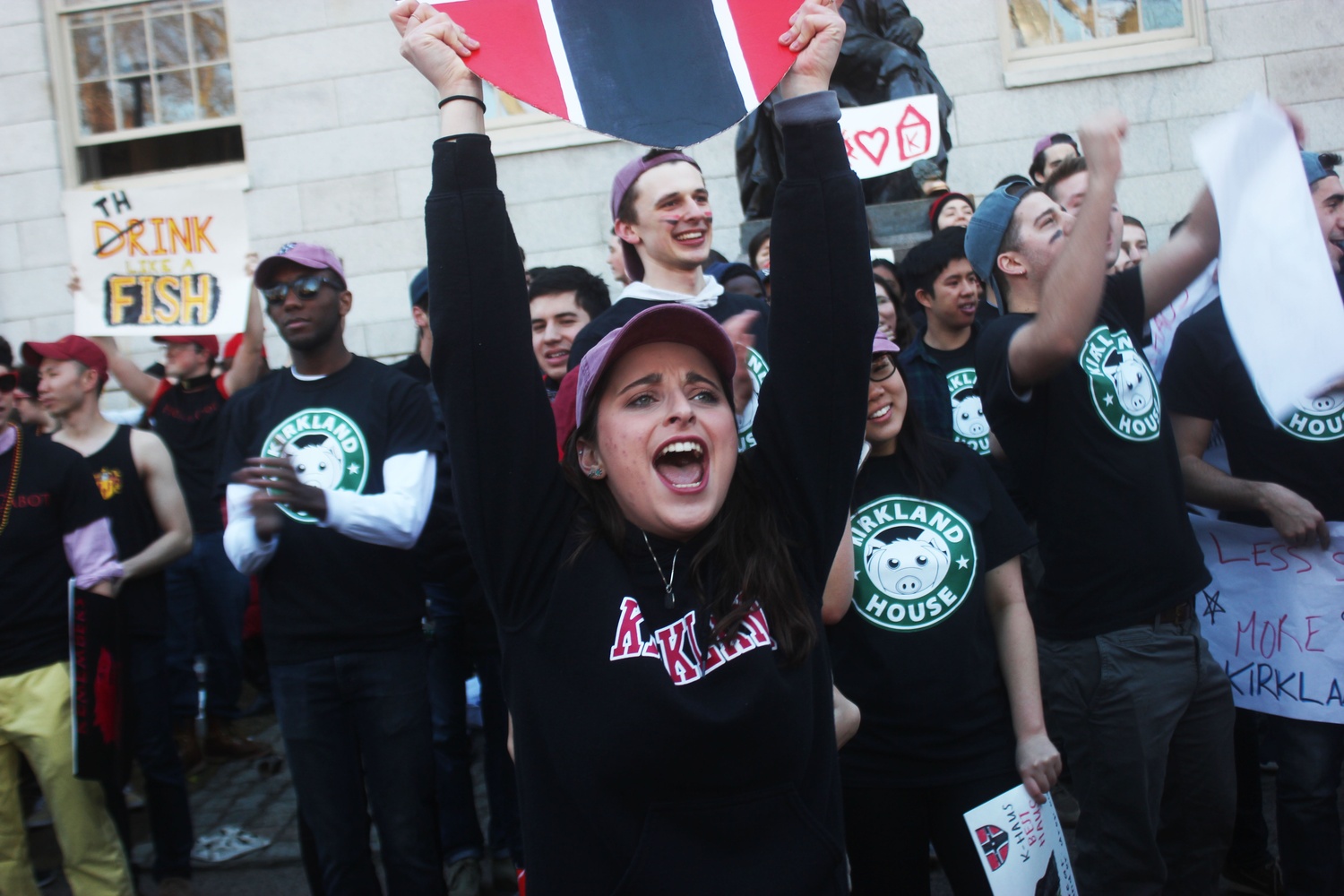 After a delayed announcement from the College Events Boards, students welcomed Dutch dancehall DJ Tiësto to campus as the headliner for Yardfest, Harvard's annual springtime concert. 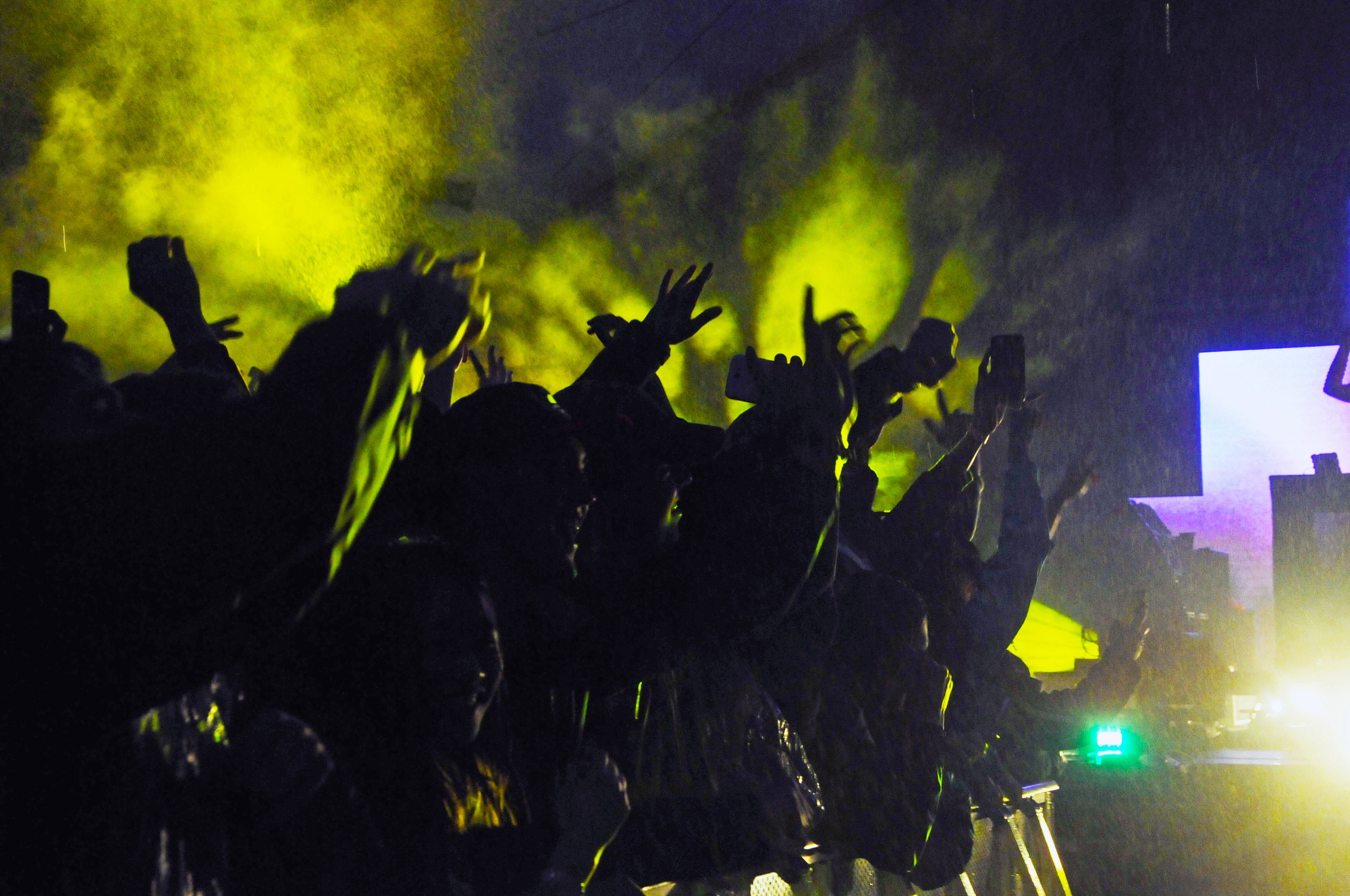 Twelve years after dropping out of the College to work on Facebook full-time, Mark E. Zuckerberg finally earned an—honorary—Harvard degree at Commencement 2017. 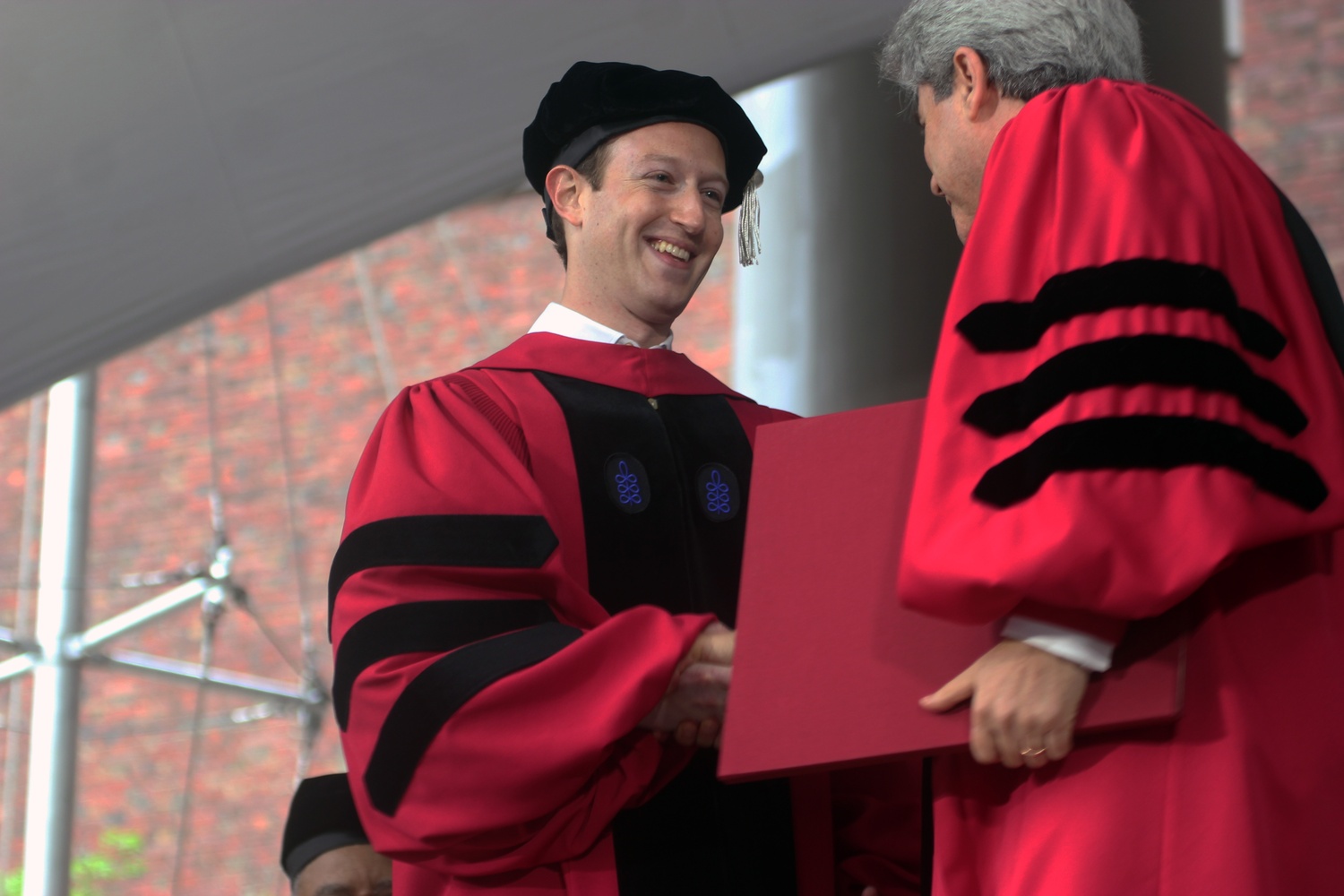 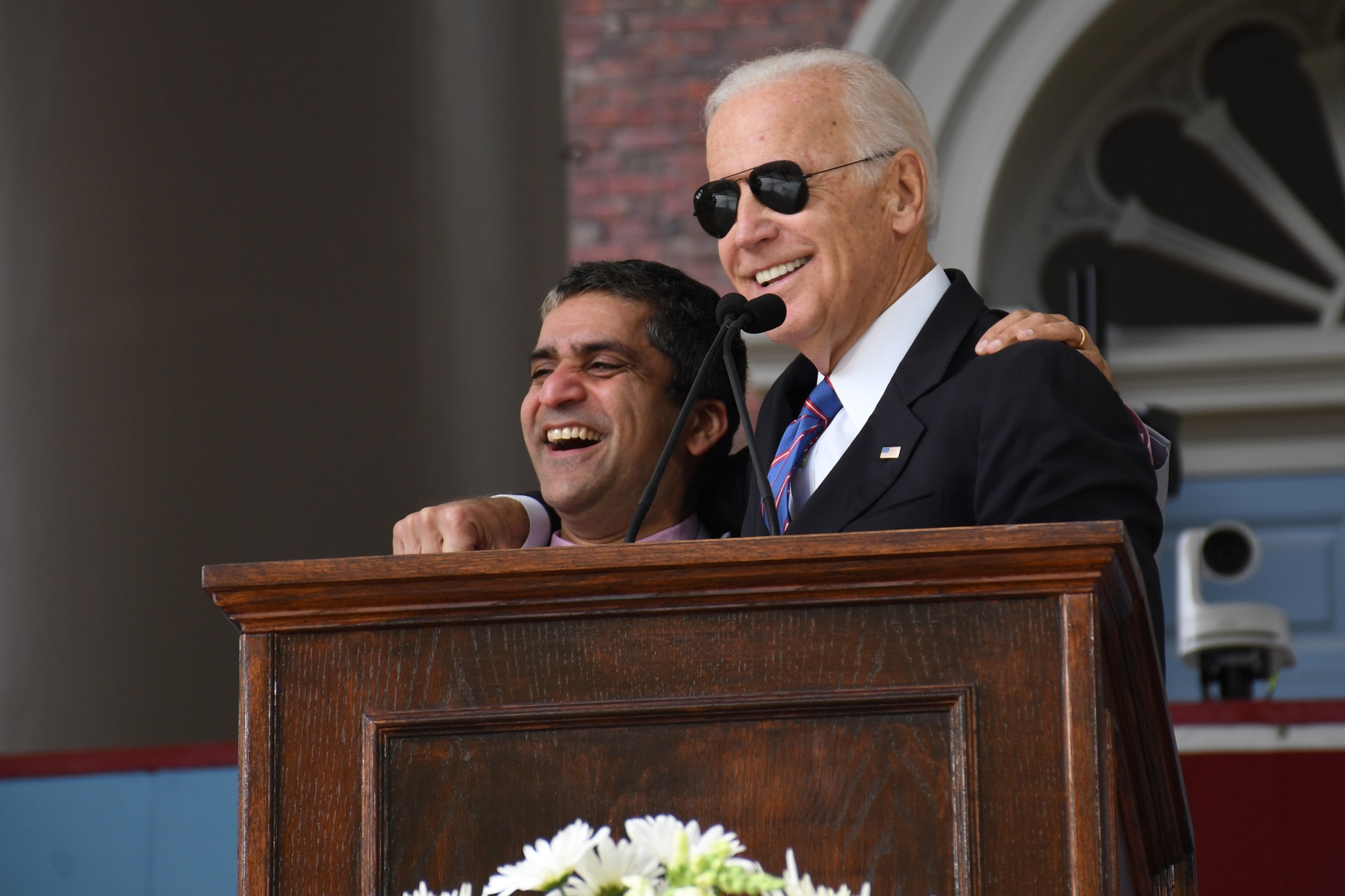 At the start of the 2017-2018 academic year, members of the Class of 2021 gathered for a selfie on the steps of Widener Library following Harvard's welcoming ceremony, known as Convocation. 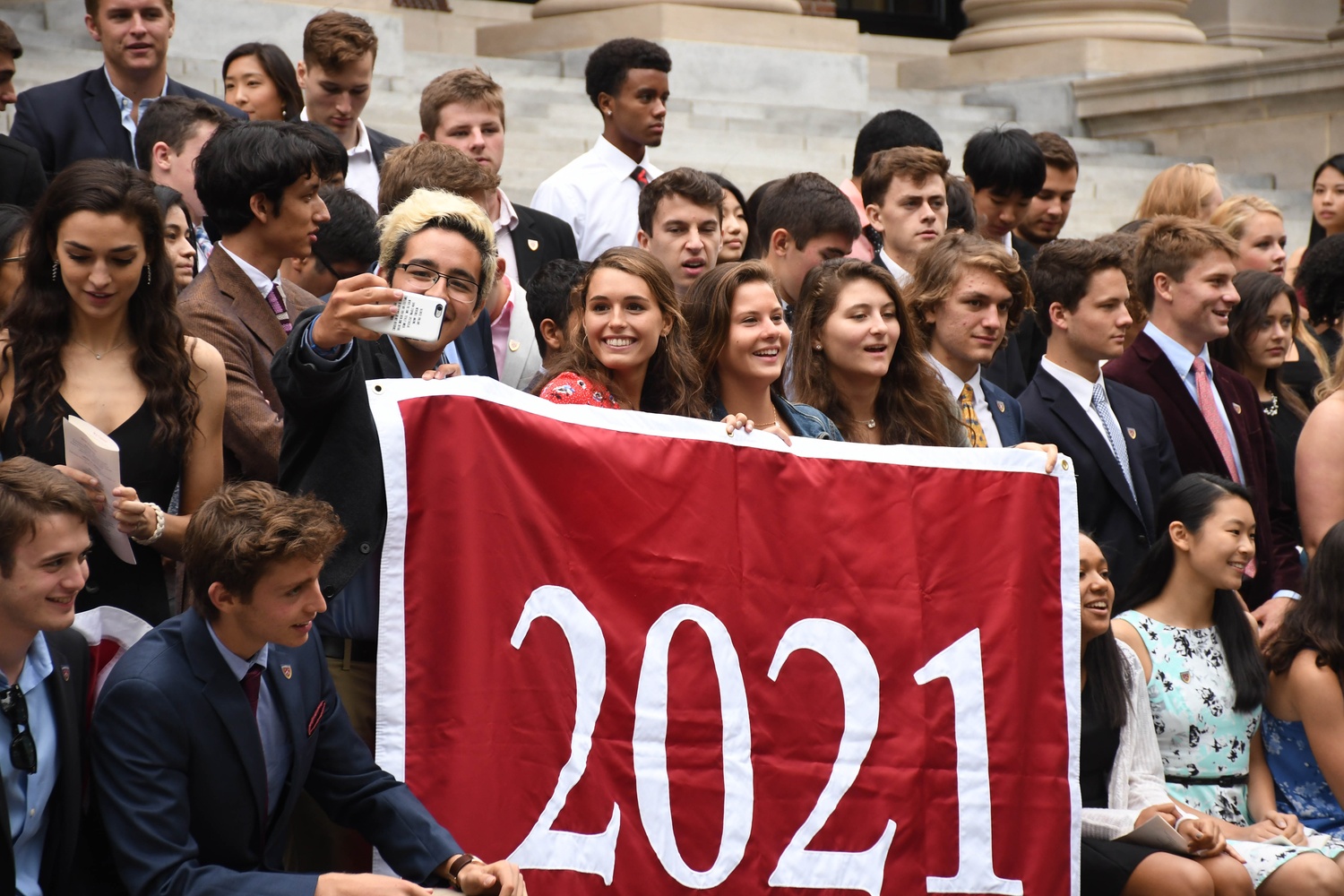 In Sept. 2017, 31 professors from Harvard and other Boston-area universities were arrested for blocking traffic in protest of President Donald Trump's decision to rescind an Obama-era program that gave legal protections to undocumented young people. Reverend Jonathan L. Walton was among those arrested. 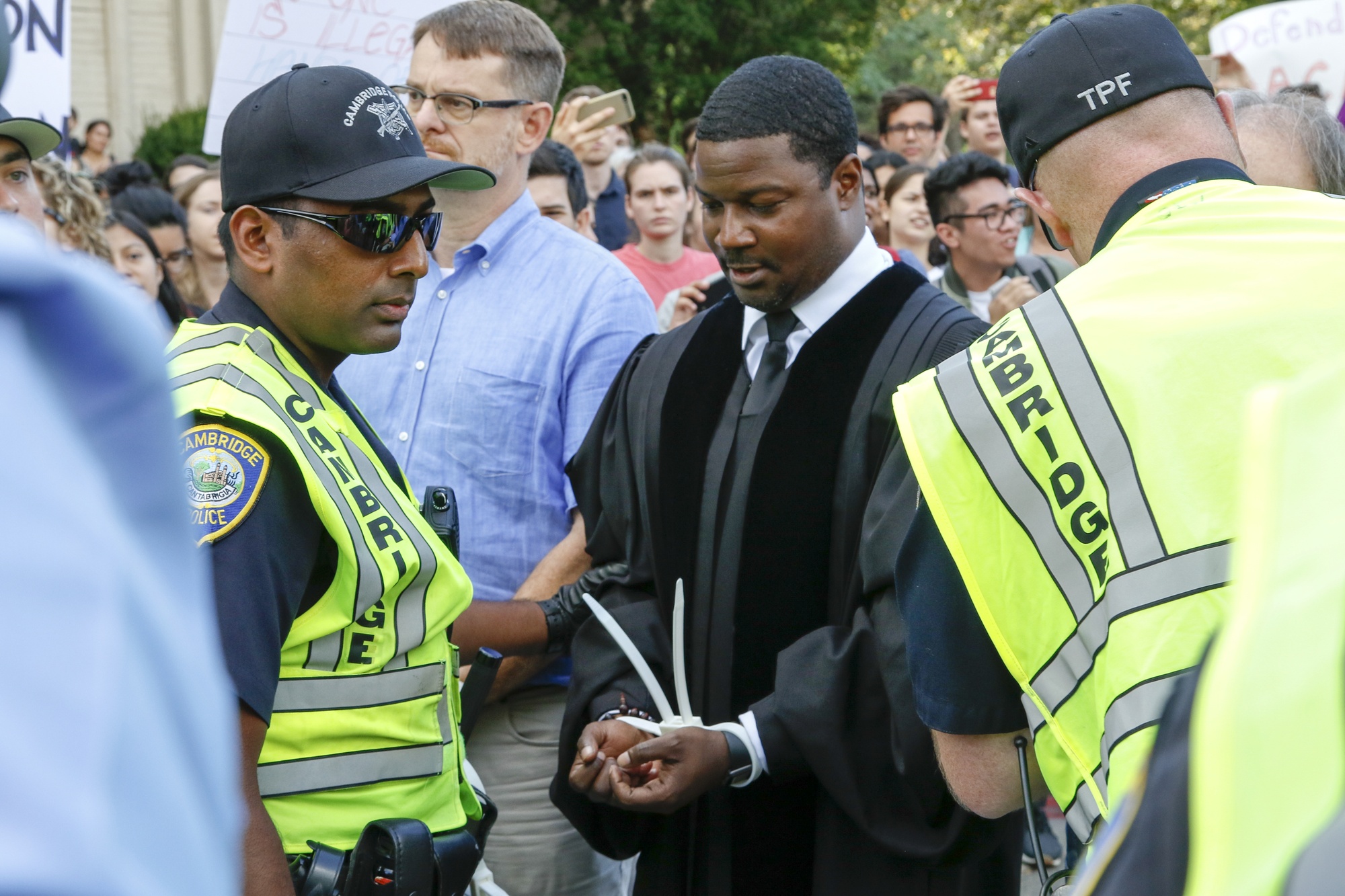 History Professor Kirsten A. Weld was also arrested at the Sept. 2017 protest. 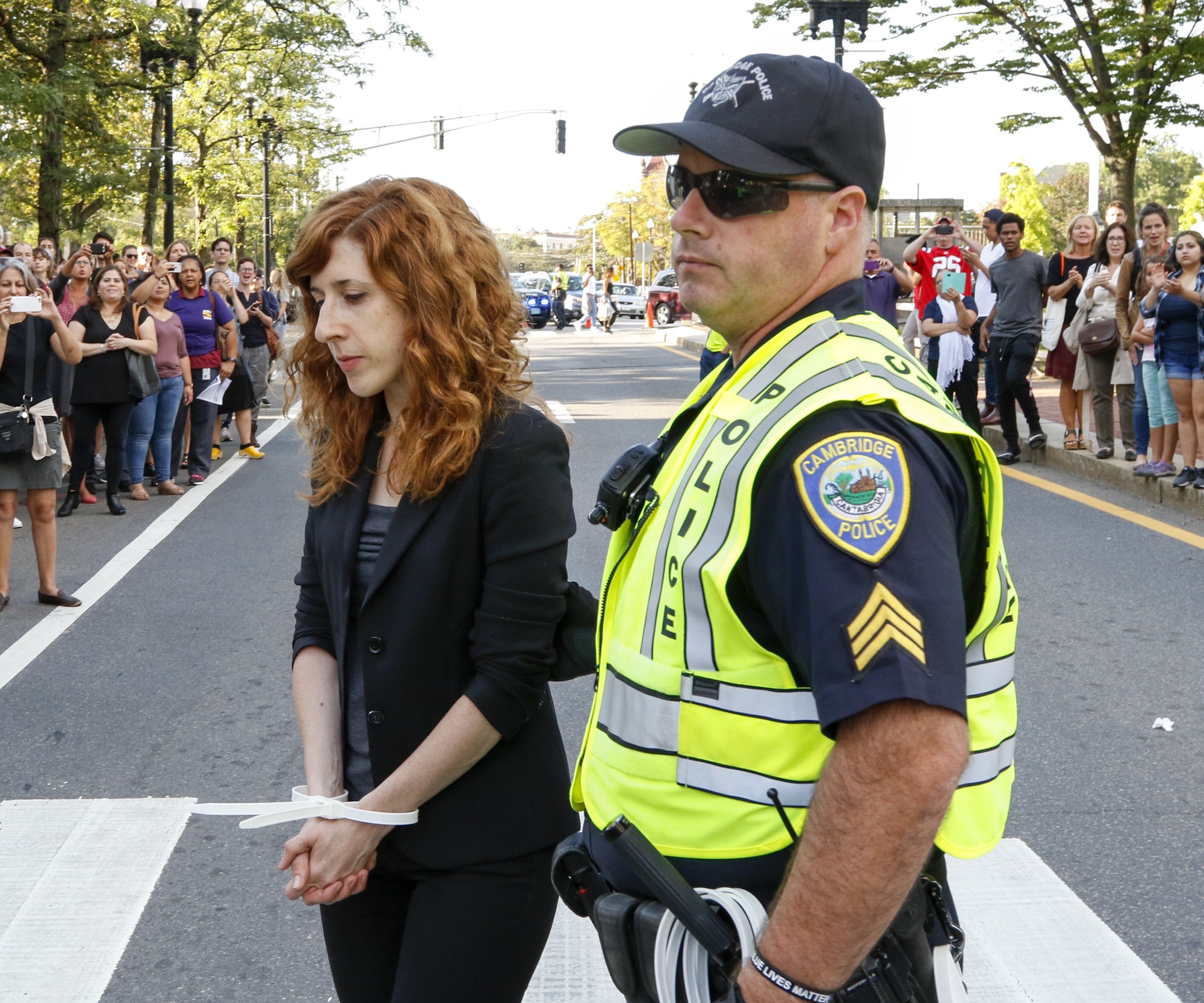 The Head of the Charles Regatta—the world's largest two-day rowing event—celebrated its 53rd anniversary this year. Here, the Harvard men's lightweight crew team got some extra practice in a few days before the competition kicked off. 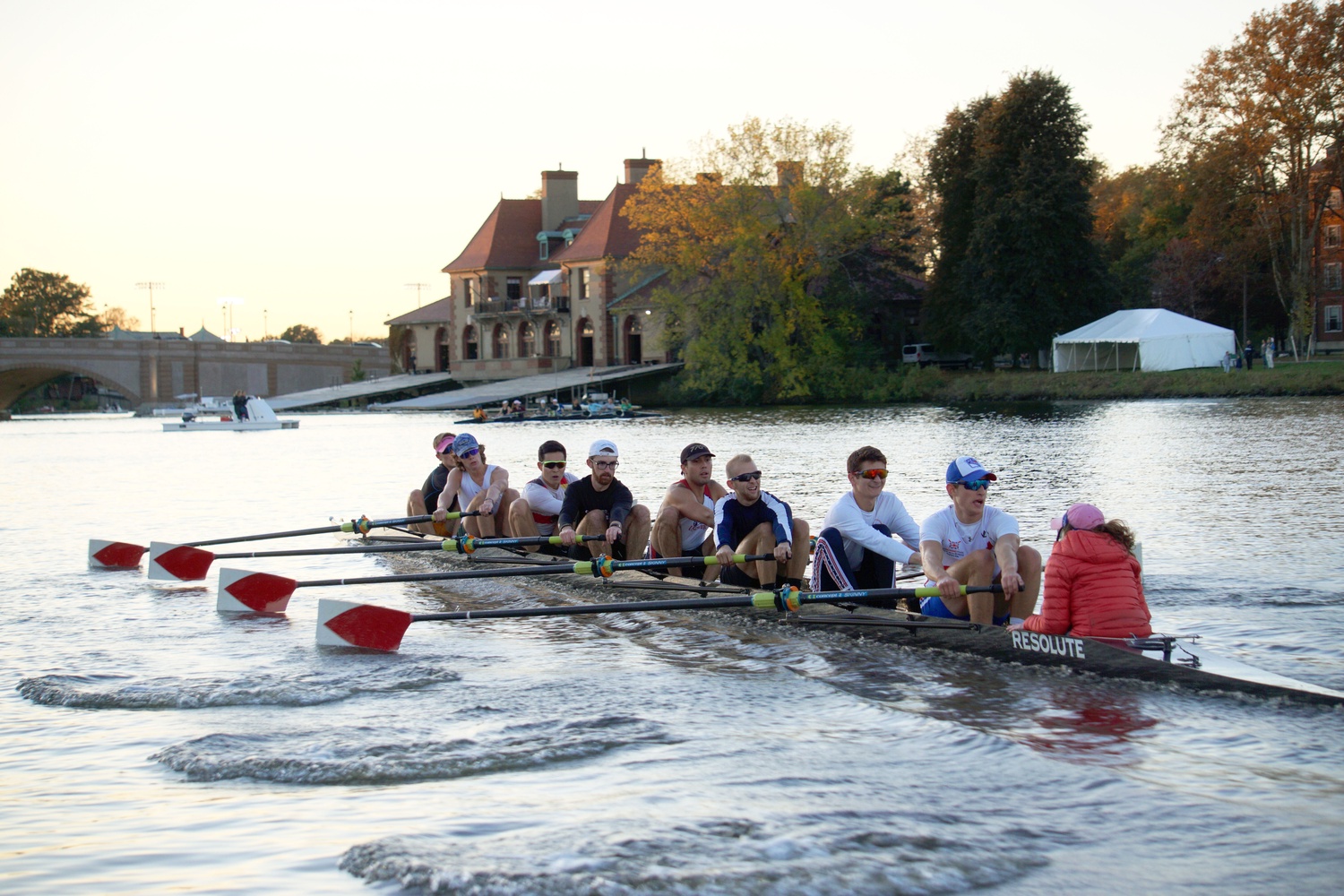 In November, after weeks and weeks of campaigning, Catherine L. Zhang '19 and Nicholas D. Boucher '19 were elected the president and vice president of Harvard's Undergraduate Council. The two heard the news at an election night party held by friends. 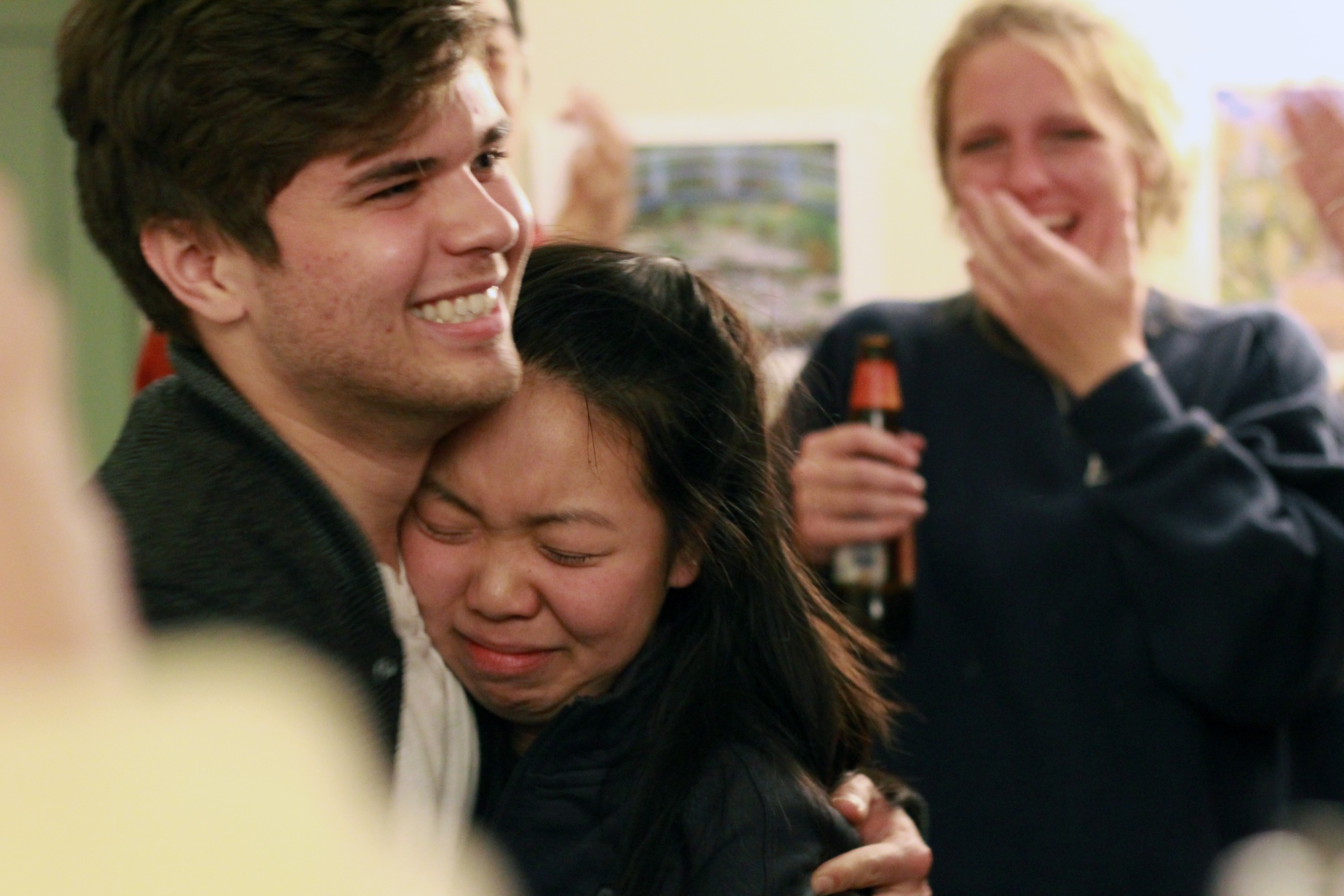 At the annual iteration of The Game on Nov. 19, Yale dominated Harvard, 24-3, to claim its first outright Ivy League title in 37 years. 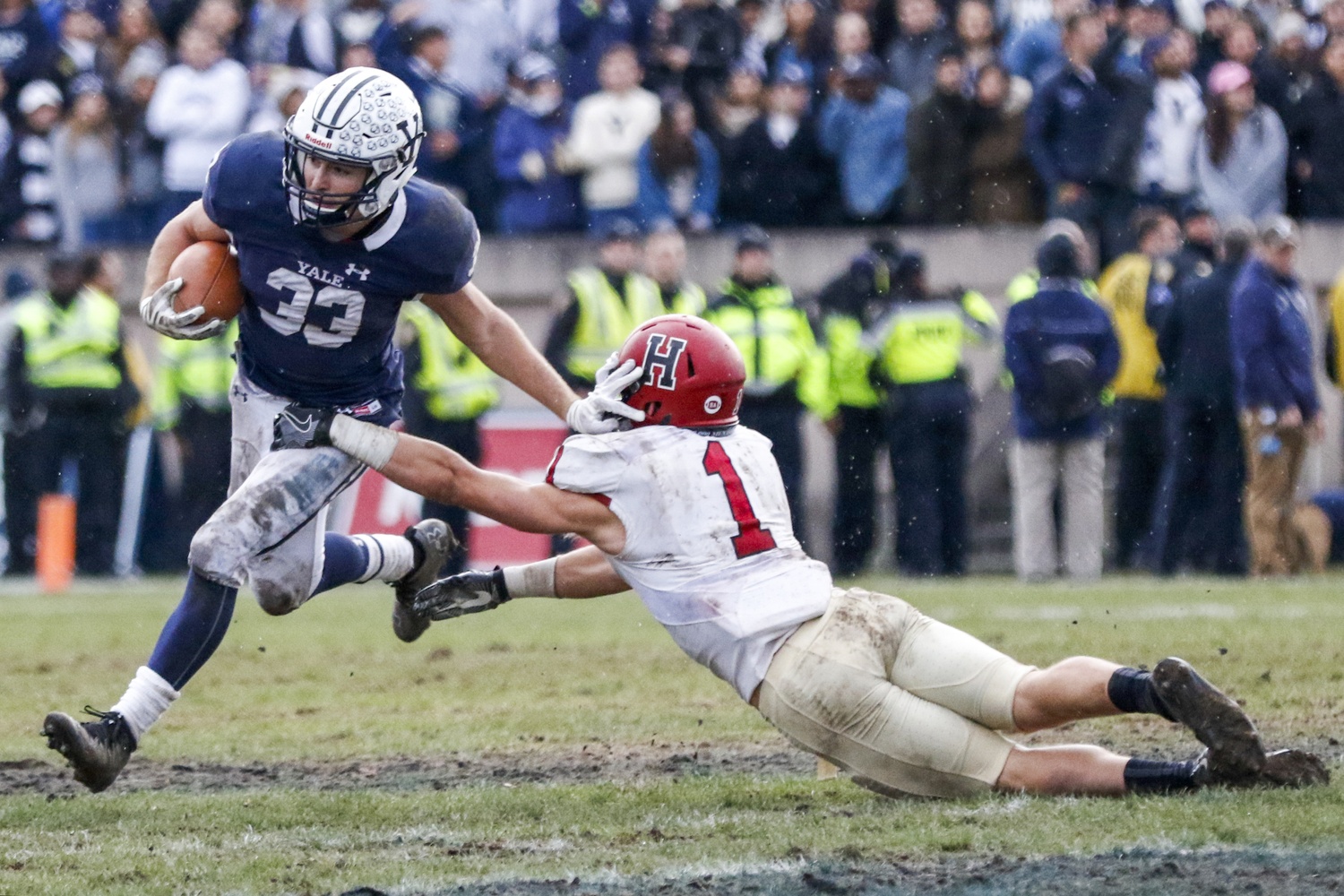 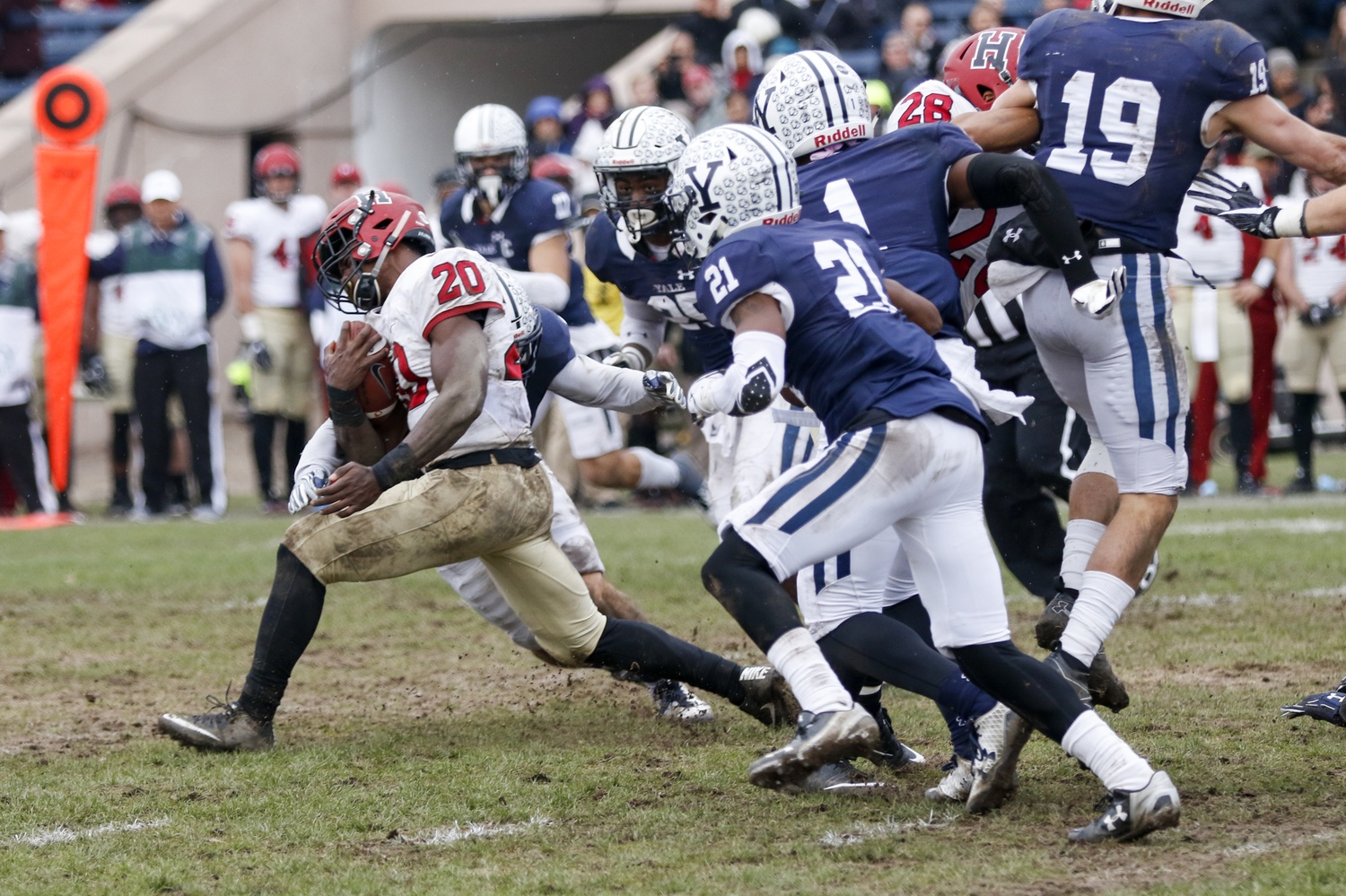 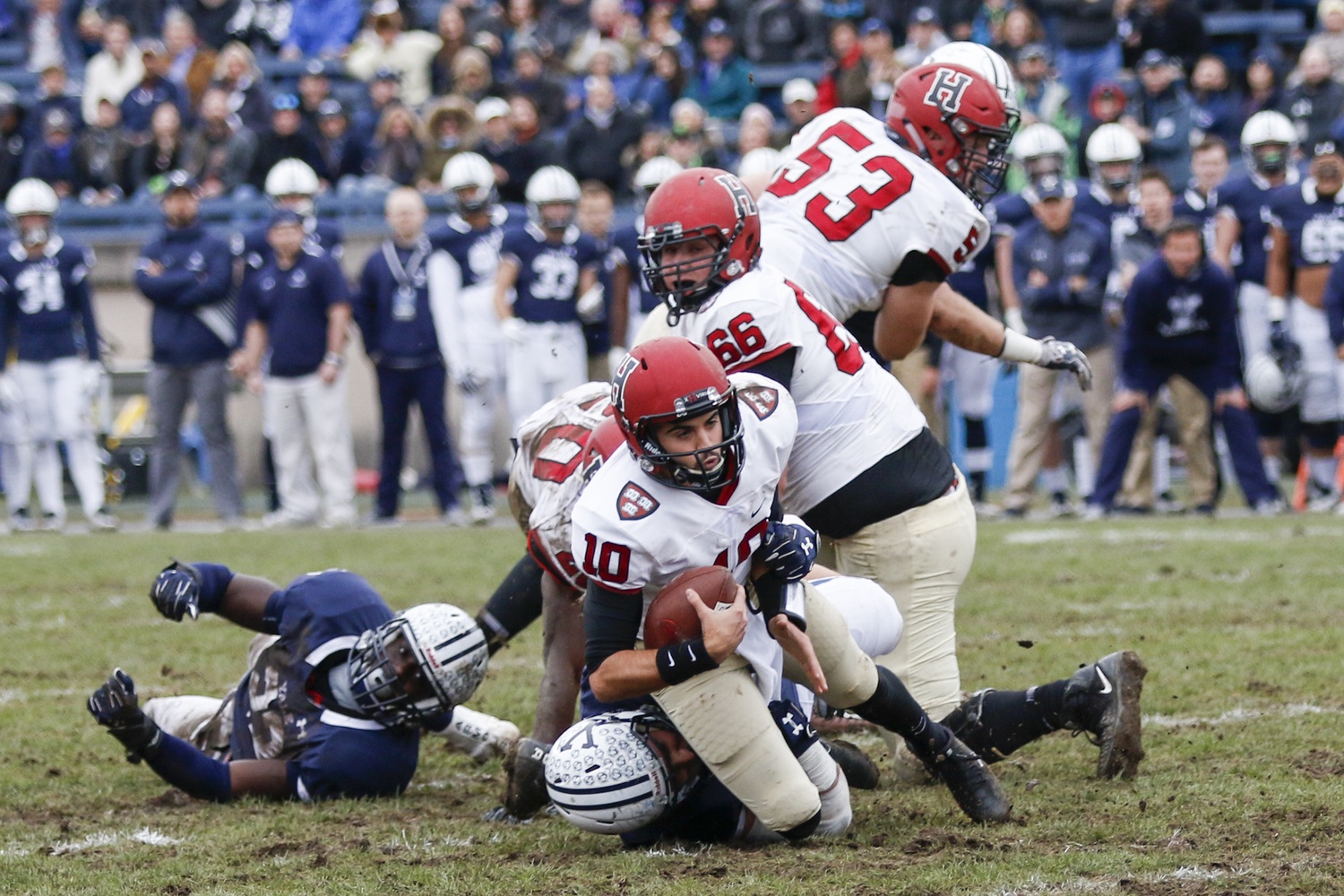 Harvard students and Yalies alike watched it all go down from the sidelines with varying levels of enthusiasm (and varying amounts of clothing). 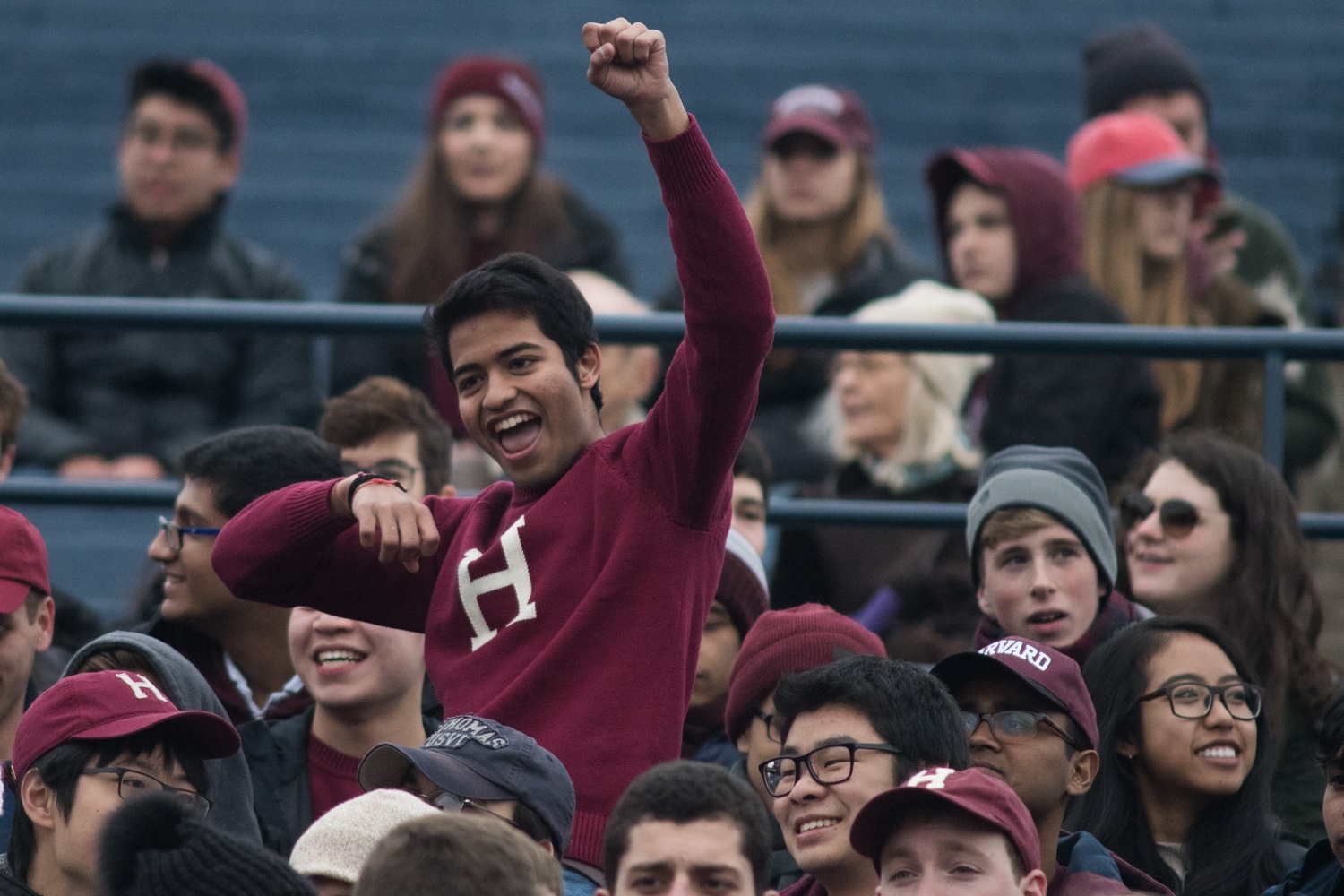 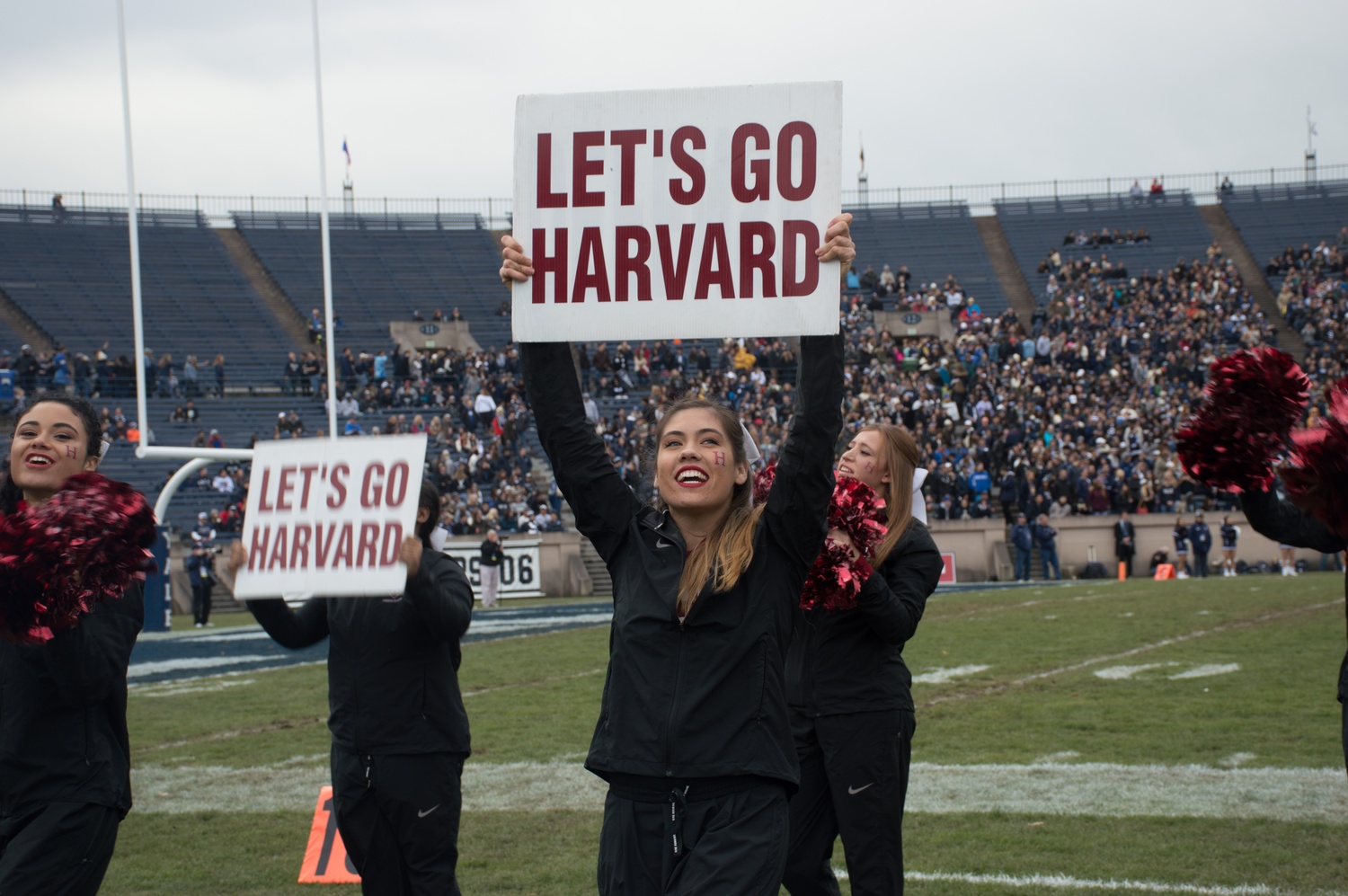 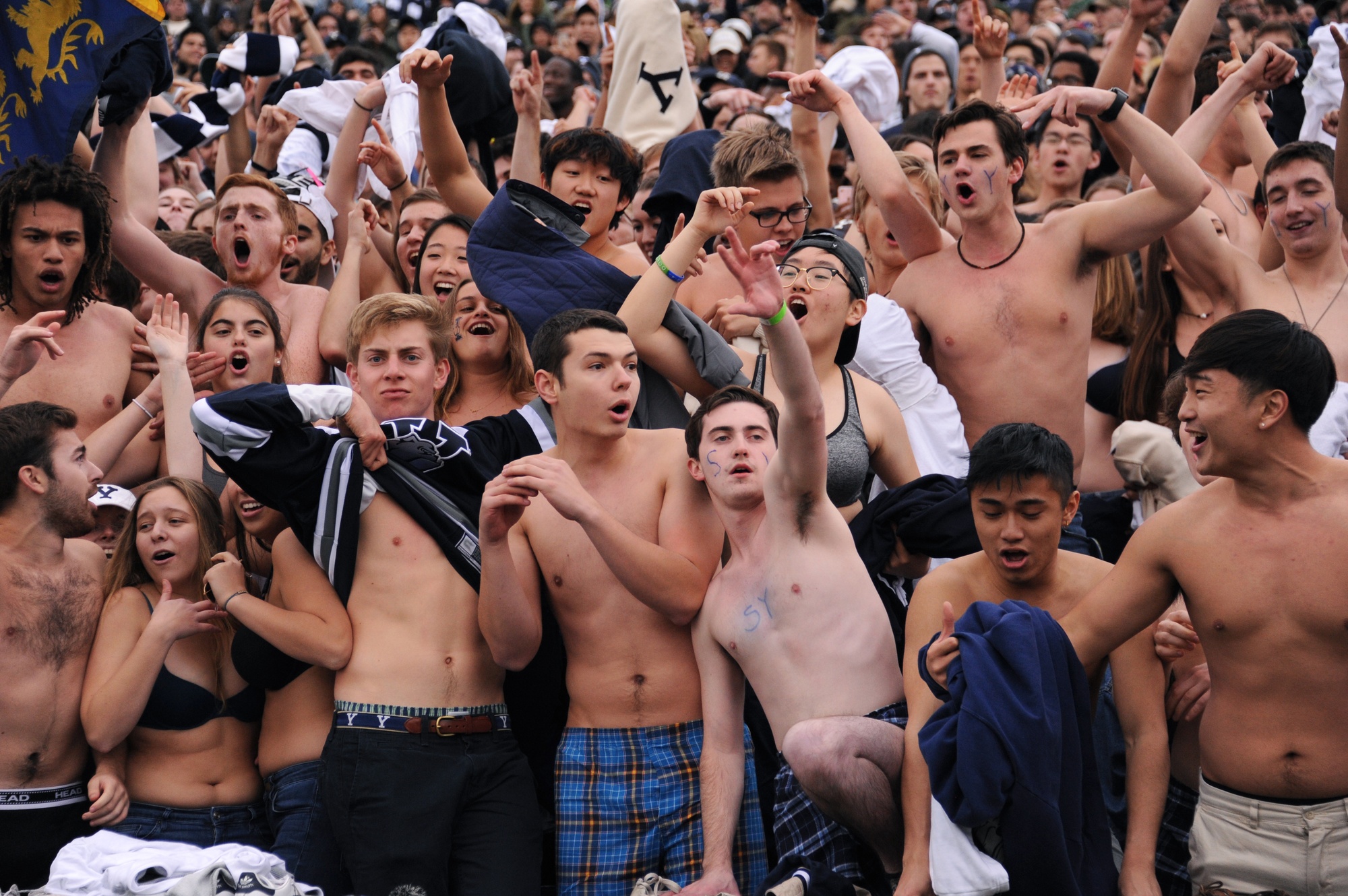 Dean of the College Rakesh Khurana had a top-shelf—or top-shoulder—seat. 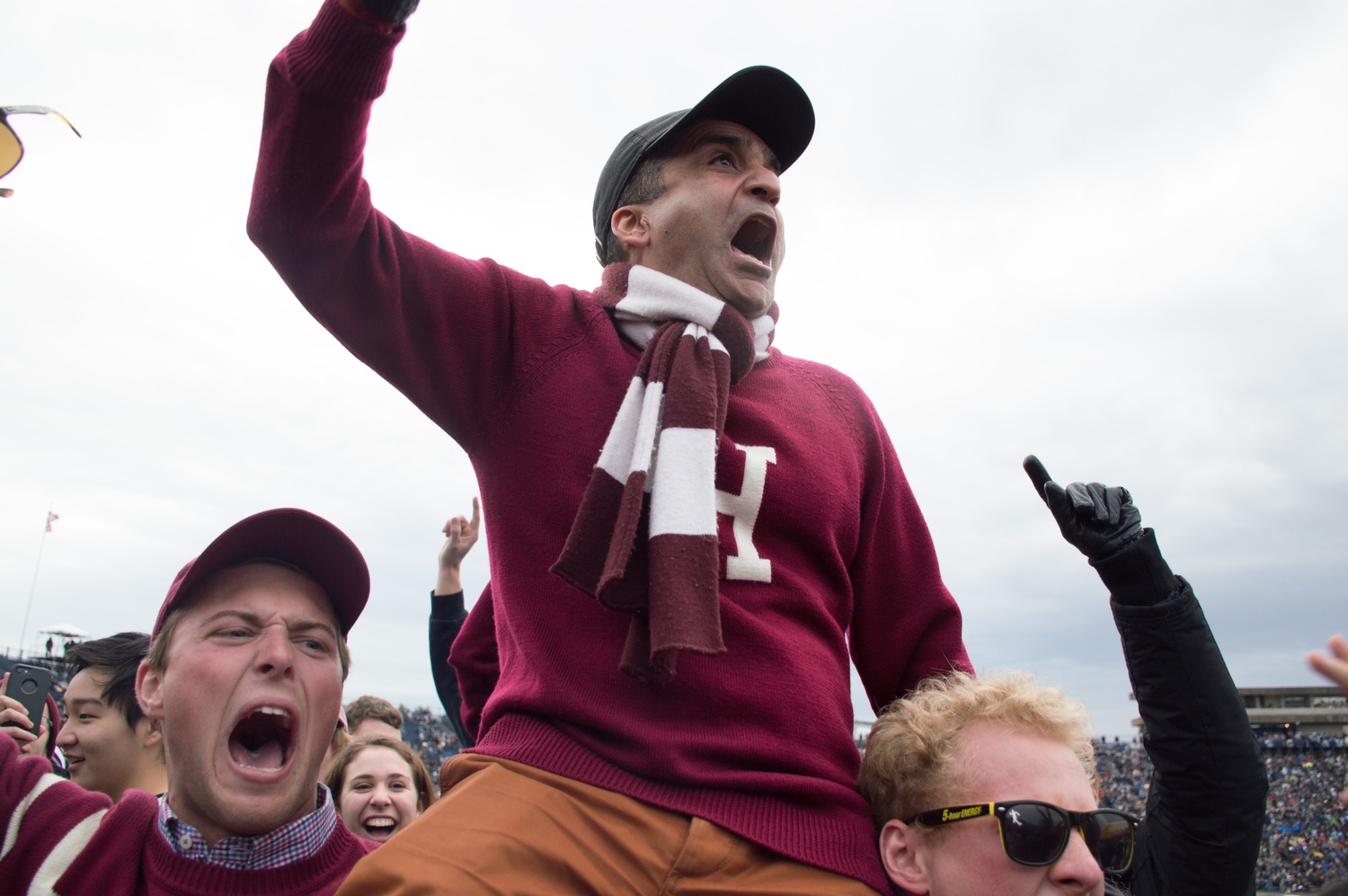 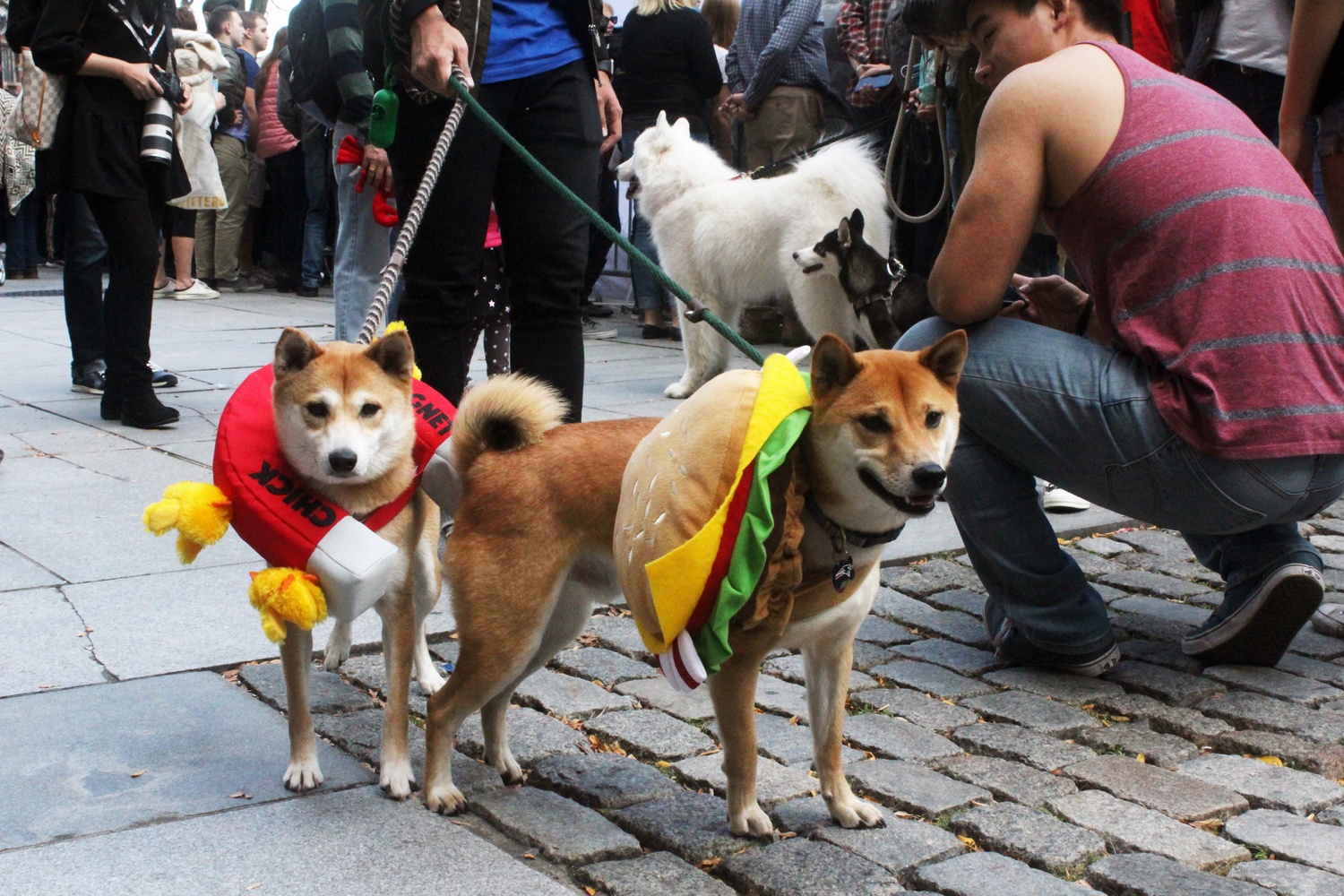 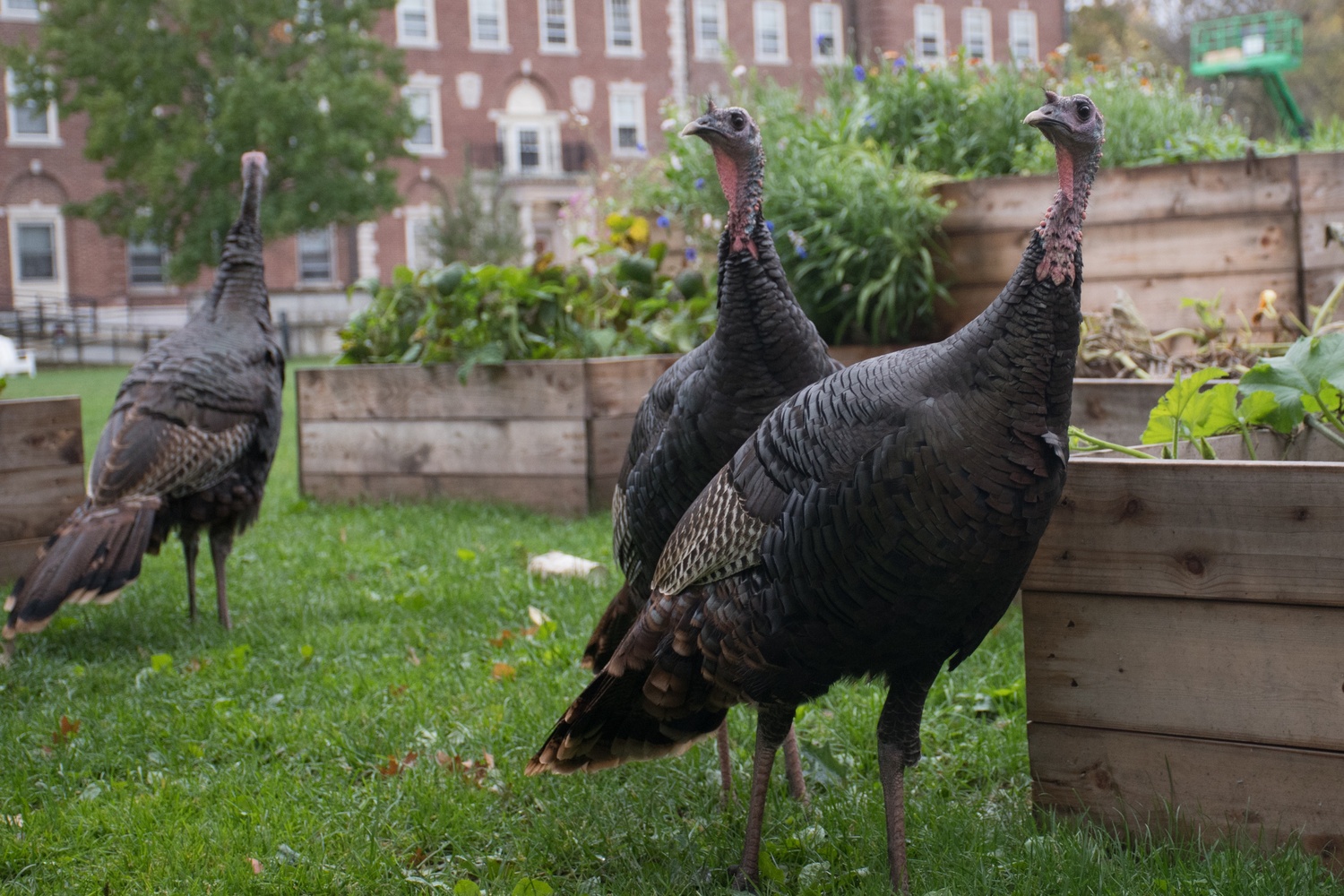 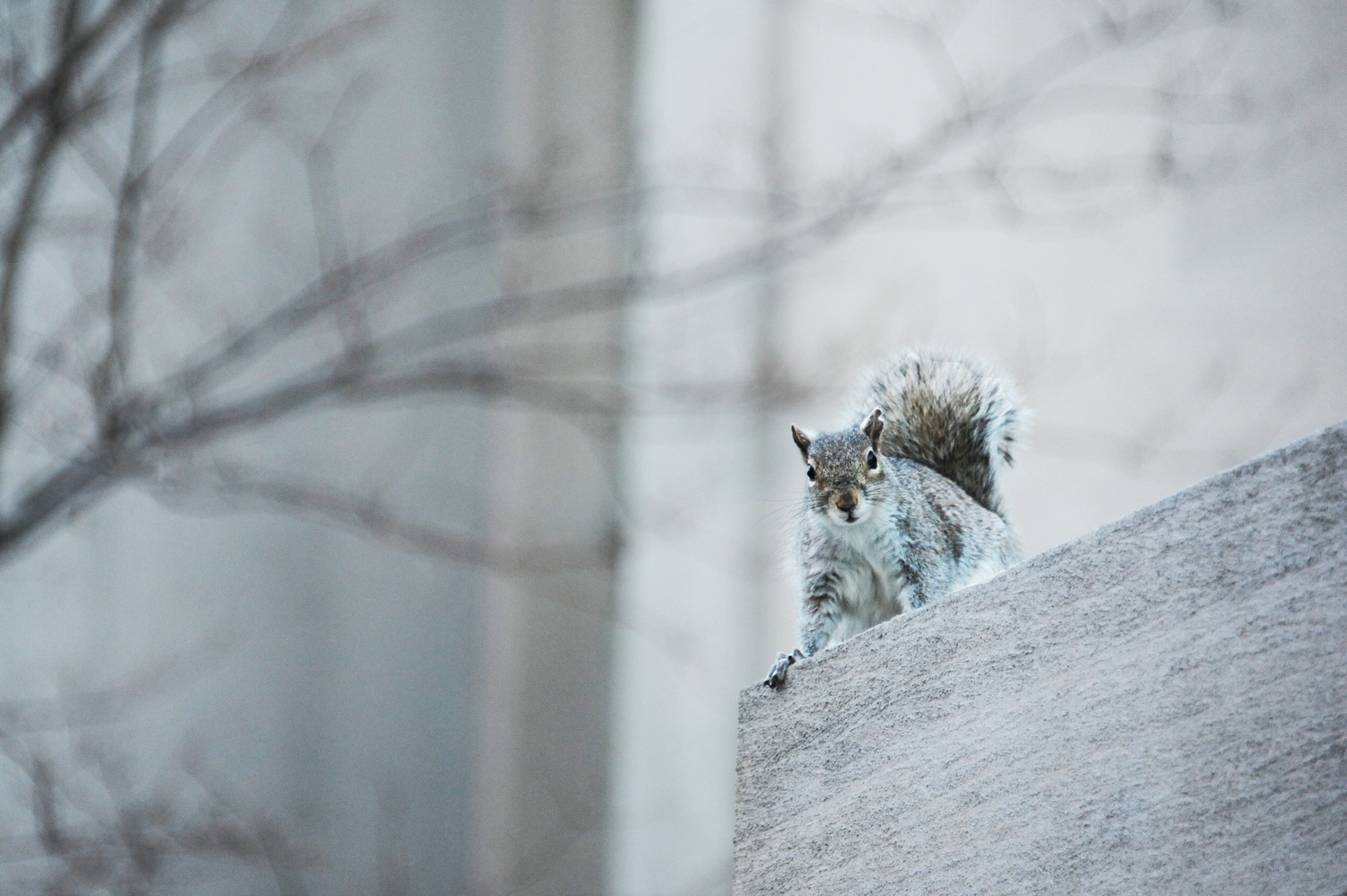 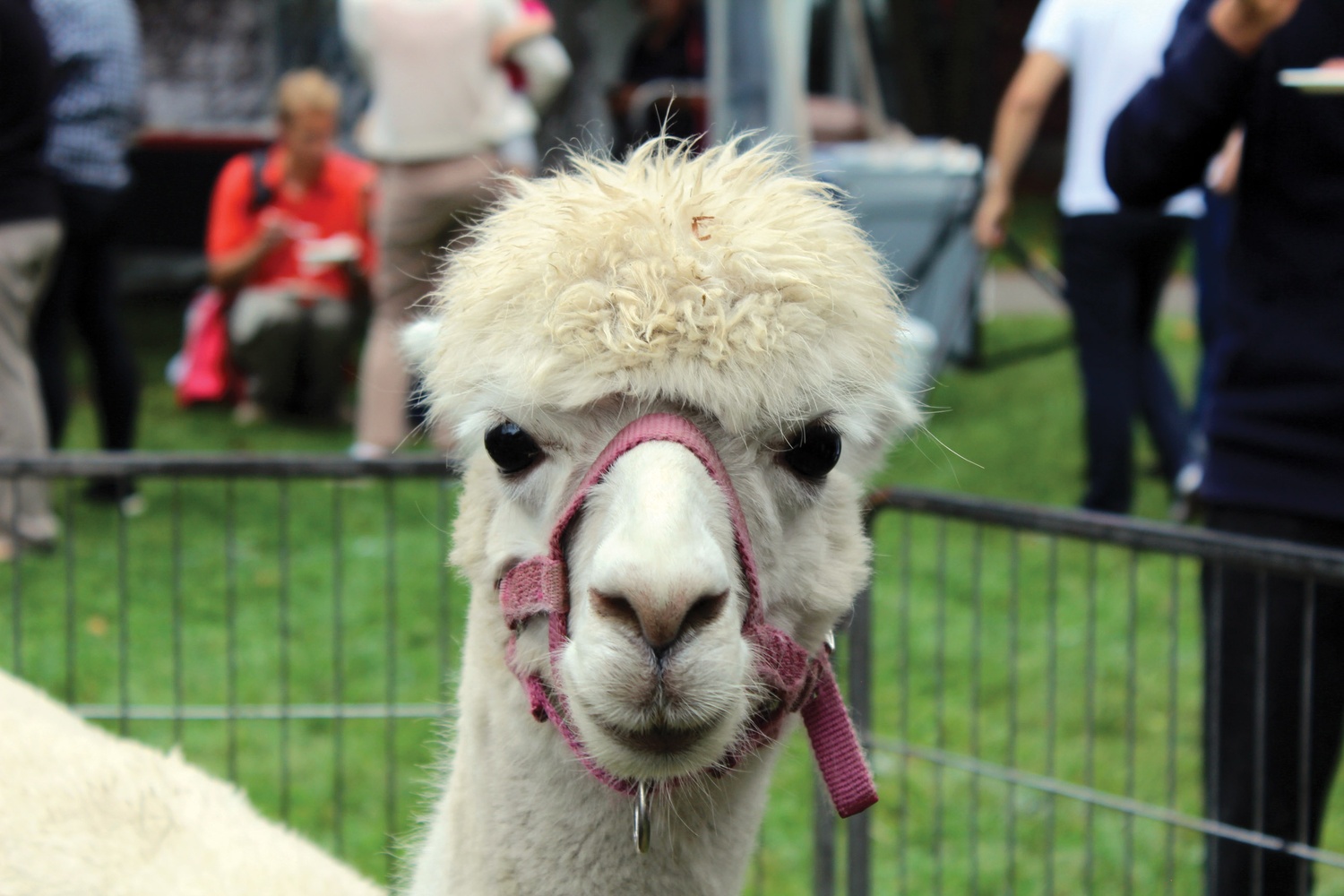 Near the end of the year, Fifteen Minutes Magazine selected its fifteen most interesting seniors after reviewing hundreds of nominations. 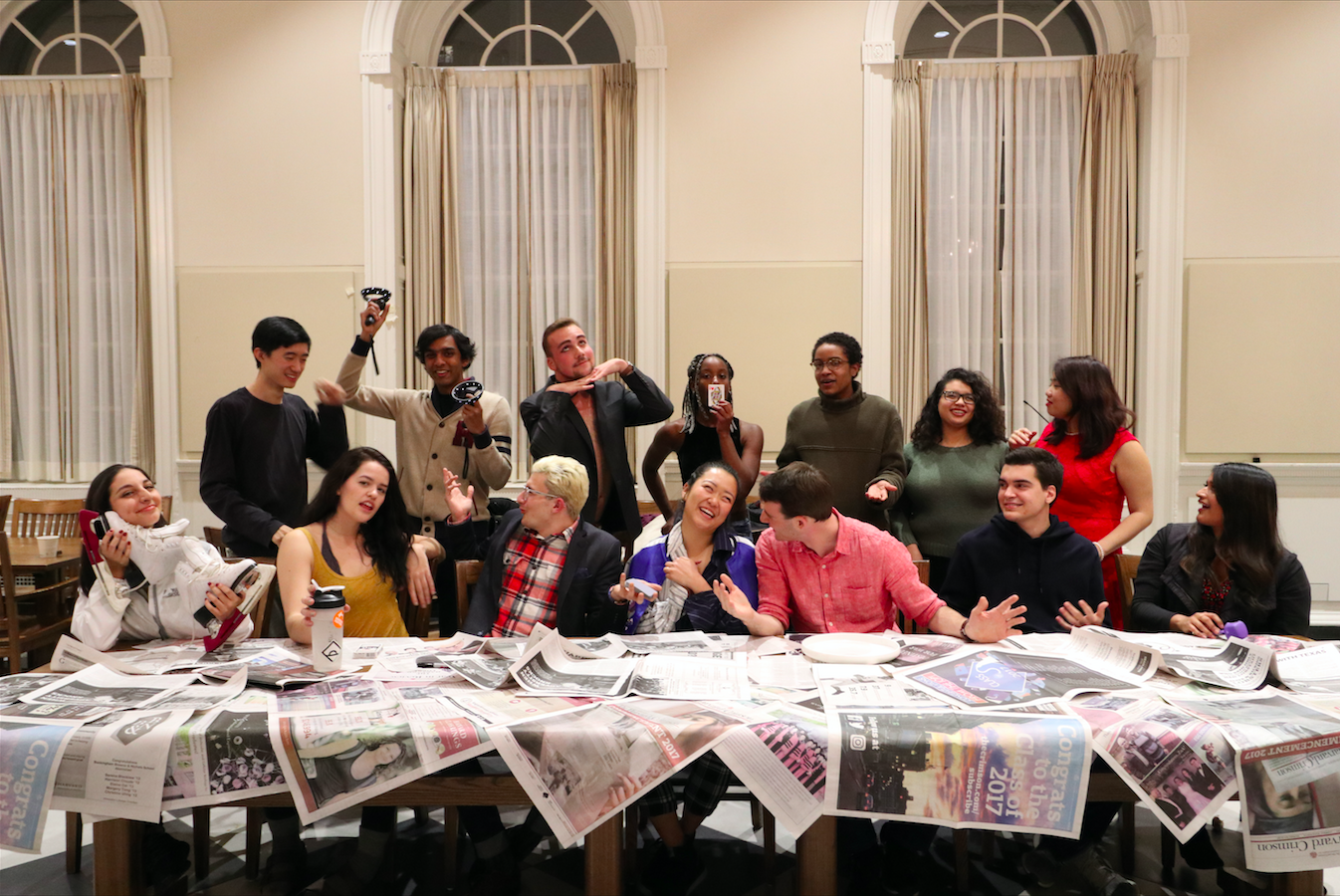 Birdie Park '18, who runs a fashion blog called "Birdie In The Park," was one of the fifteen. 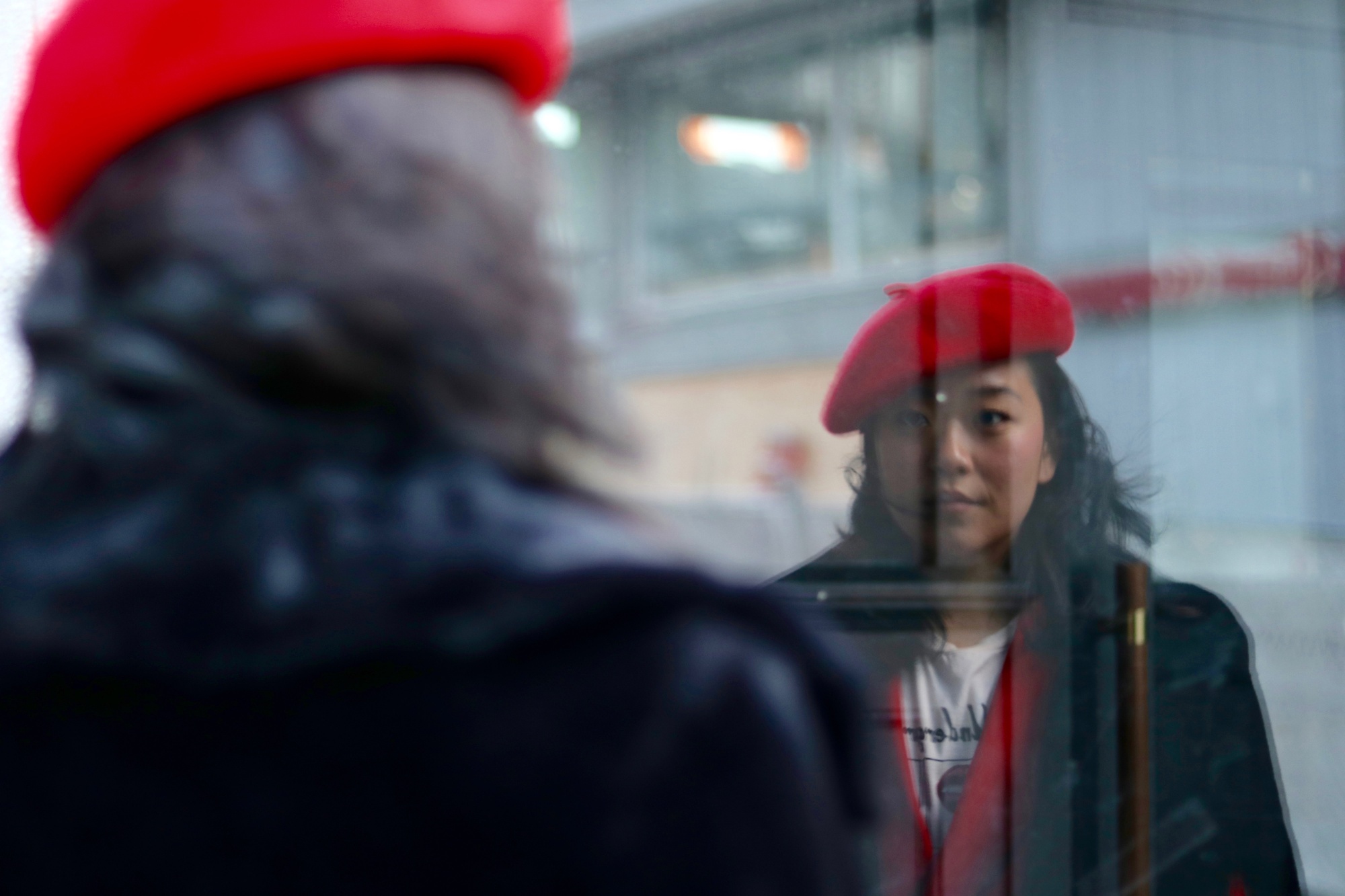 So was Harry T. Newman-Plotnick '18, a neurobiology concentrator who by himself comprised the total membership of the Harvard Magician's Society his sophomore fall. 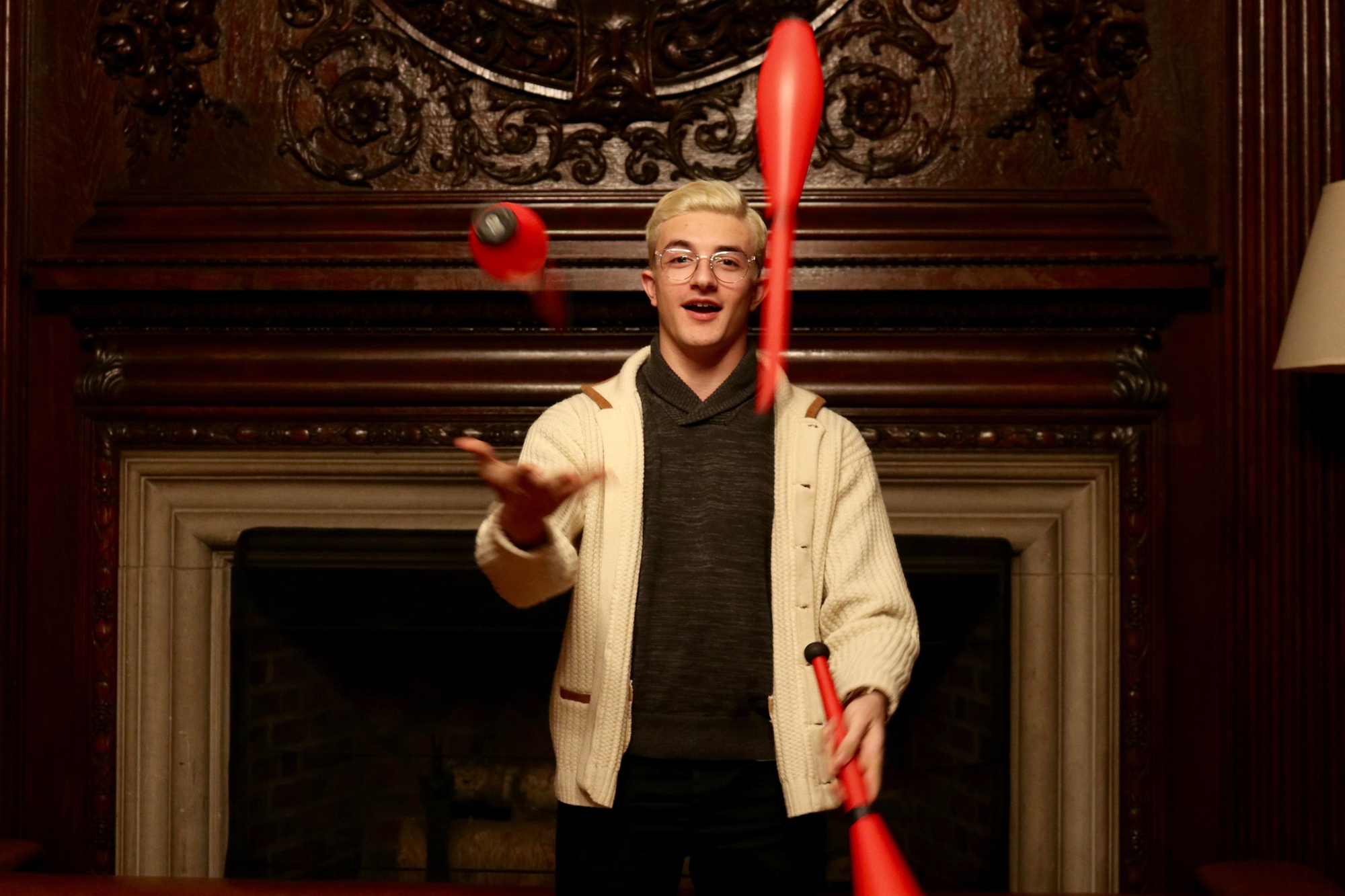 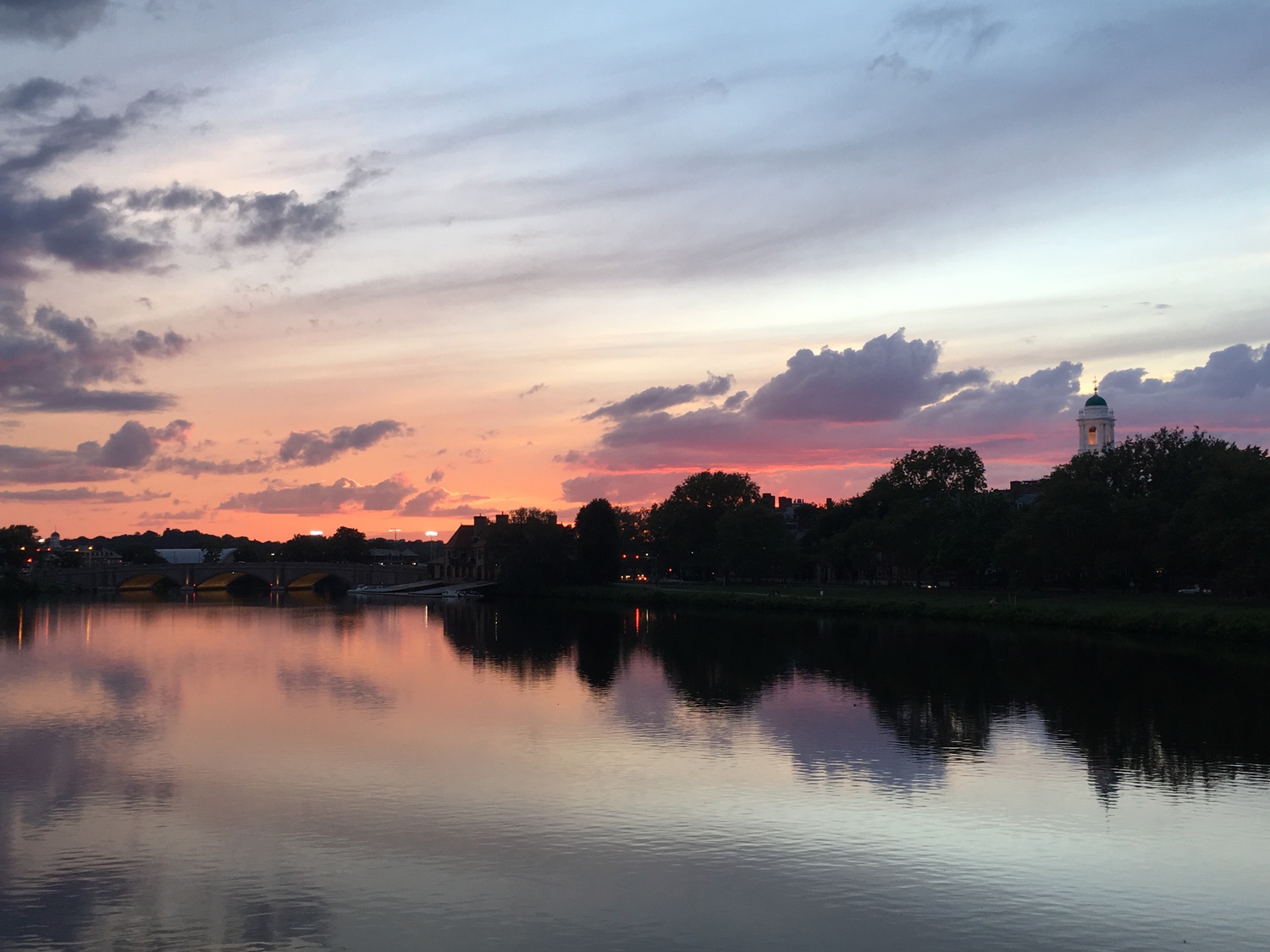 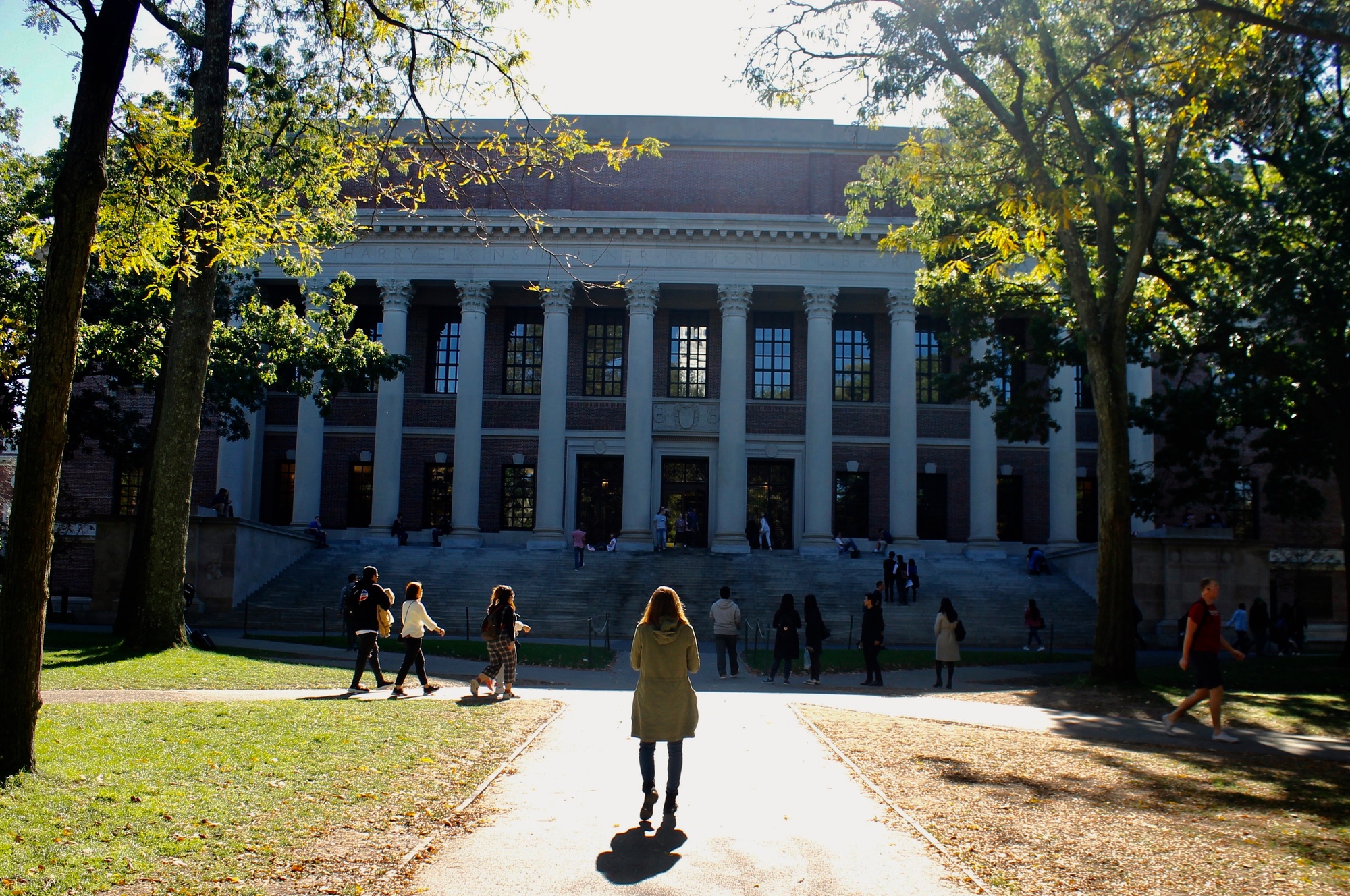