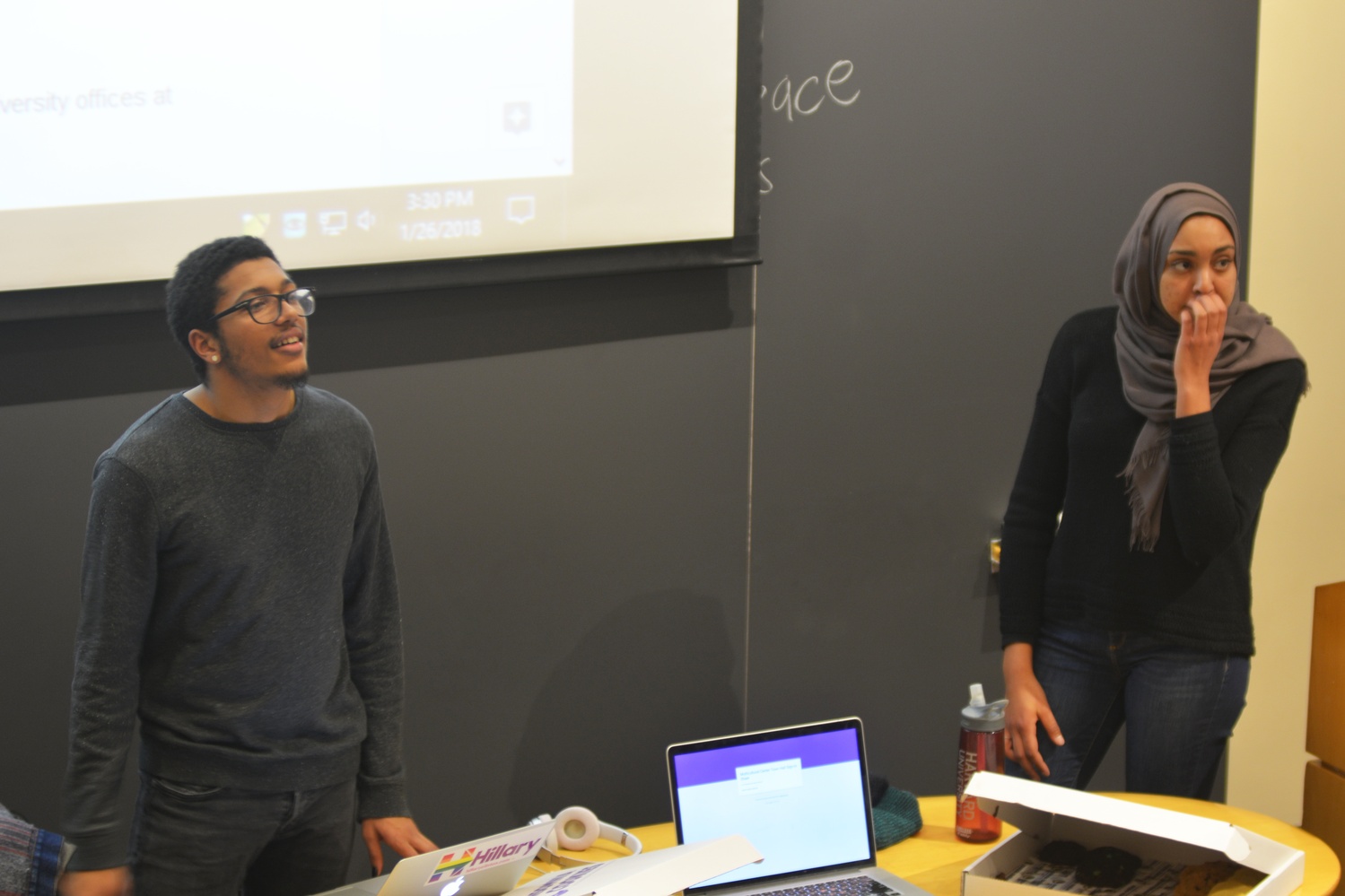 Over 70 students gathered in Fong Auditorium to consider the pros and cons of building a multicultural center on campus at a Friday town hall hosted by the Undergraduate Council.

During the town hall, undergraduates debated the need for a multicultural space and considered what that space might look like. Council representatives Nicholas P. Whittaker ’19 and Salma Abdelrahman ’20—who lead the Multicultural Center Coalition, a UC group advocating for the construction of such a center—moderated the event.

The UC plans to hand a policy proposal for the center to administrators in March.

Multiple attendees spoke about the difficulty identity-based organizations currently face finding spaces for events, given many lack spaces of their own. Some called on Harvard to do more to provide financial assistance for campus cultural groups.

Whittaker and Abdelrahman outlined a draft of the coalition’s policy proposal at the town hall.

The proposal will call for research into the history of minority communities and intercommunal relations at Harvard, in addition to looking at models of multicultural centers at other universities, according to Whittaker. The research will identify more specifically the current problem that exists and recommend whether a multicultural space comprises the most effective course of action.

The proposal will then recommend the formation of a task force to design an implementation plan, based on the findings of the research.

The coalition hopes to submit its proposal to Dean of the College Rakesh Khurana before spring break, seeking a “public commitment” from Khurana that would allow the process to move forward, according to Whittaker.

Attendees also spoke about what they would want to see in a prospective multicultural center. Many argued that a portion of the center should be devoted to works of art created by people of color. Others emphasized the importance of using the center to provide on-campus jobs and internships.

Mayukha Karnam ’19 argued that a multicultural center would allow students who do not feel included in identity-based groups on campus to gain a sense of belonging.

“I think cultural organizations can sometimes be unintentionally excluding people and people may not feel like it's the safest space for them to enter, even if on paper their identity matches up with that,” Karnam said.

Iris R. Feldman ’20 agreed. She drew on her past experiences at Harvard to argue that the College needs an all-inclusive space on campus.

“I'm a mixed student here. I don't really feel comfortable or welcome at a lot of the cultural organizations that already exist and I feel like a space that's specifically designated as multicultural... would allow me to exist in a space where I feel comfortable with other people of color but don't have to necessarily decide what identity I am that day,” Feldman said.

—Staff writer Ruth A. Hailu can be reached at ruth.hailu@thecrimson.com.