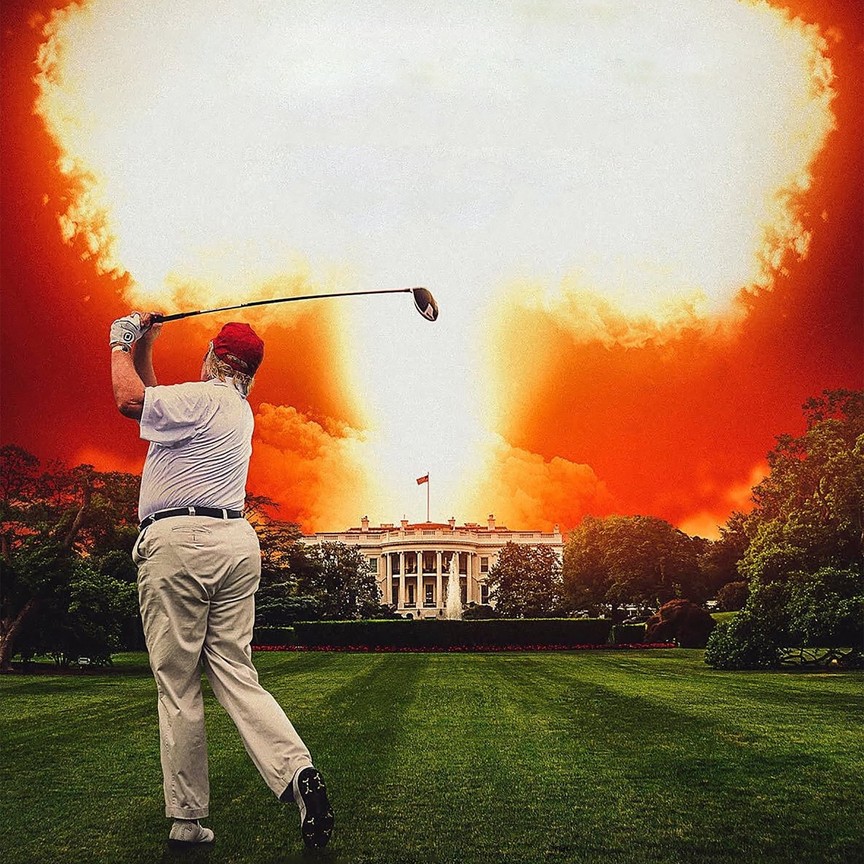 At Harvard, students have opinions — lots of them — even about films they have not seen themselves. And so, when I arrived back to my dorm room after seeing Michael Moore’s incendiary new documentary, “Fahrenheit 11/9,” my blockmates were eager to hear my thoughts on the film and its content. This led to the political debate of the century, continuing on for two hours as we argued about everything from gun control to free markets. And this is the power that Michael Moore’s newest documentary has: It gets people thinking, it gets people talking, and it gets people angry. Is it transparently biased, certainly more so than other documentaries? Absolutely. Is it necessary? Absolutely.

The documentary’s focus is on the 2016 presidential election and the two years following the election of President Donald Trump. The film begins on the night of the election, at Hillary Clinton’s victory party, and sets its bleak tone immediately as we watch the once hopeful and celebratory Hillary supporters slowly dissolve into tears as Trump’s victory becomes more and more certain. From there, the film delves deeply into events before and after Trump’s 2016 victory, including the Democratic Party’s sabotage of Bernie Sanders’ campaign, the water crisis in Flint, Michigan, the shooting at the Marjory Stoneman Douglas High School in Parkland, Florida, and the abhorrent behavior that has been demonstrated by some of America’s highest-ranking politicians. It ends with a powerful, albeit exaggerated, comparison between Trump’s administration and the Third Reich.

This broad review of recent history works to the film’s disadvantage, as it makes the organization choppy and difficult to follow. Moore transitions between topics rapidly and seemingly without intention, which makes connecting the different segments and creating a comprehensive picture difficult. He seems to care little about guiding his viewers through a logical, cohesive argument. Instead, his goal appears to be to devastate his viewers, to shock them with the level of corruption that has come to be a staple of the current administration, and to spur them to action. To this end, he is largely successful, but only at the expense of a single, easy-to-follow narrative.

Moore further undermines the documentary by focusing much of the film’s runtime on the water crisis in his hometown of Flint, Michigan, despite advertising the film as an in-depth exploration of Trump’s ascent to office and the country’s descent into partisan chaos. However, though seemingly beyond the scope of the documentary, the segments focusing on the water crisis are some of the film’s most powerful pieces, as they perfectly demonstrate the proliferation and acceptance of corruption that gave rise to Trump and has come to define his term in office. As Moore’s cameras zoom-in on the crying children of Flint, suffering from the lethal levels of lead in their bodies, there is at last a sense of how much these issues matter.

This is a crucial part of Moore’s documentary. In most people’s daily lives, their only exposure to these issues comes in the form of 10-minute segments on the evening news. In that way, it is easy to overlook or impassively attend to these issues. But “Fahrenheit 11/9” does not allow for that level of comfortable distance. It instead forces you to accept the brutal reality of these affairs as we stare into the eyes of those who have been poisoned or watch as school children flee from bullets in the Snapchat videos taken by those in Stoneman Douglas High School. Seeing the terrible reality makes it impossible to ignore. The key question that “Fahrenheit 11/9” makes viewers ask is: “How can I sit by and do nothing?”

More than anything, “Fahrenheit 11/9” serves as a warning. Moore channels his rage into his filmmaking to show audiences just how much has changed, what we have lost in the last two years, and how much we could still lose. Despite being unfocused and lacking a clear narrative structure, it accomplishes exactly what it needs to do in order to be effective. It is an important film, for despite its bleak tones, its message is clear: Get up, get angry, and get involved, because it’s not too late.