‘Little Woods’: The Female-Led Neo-Western We Didn’t Know We Needed 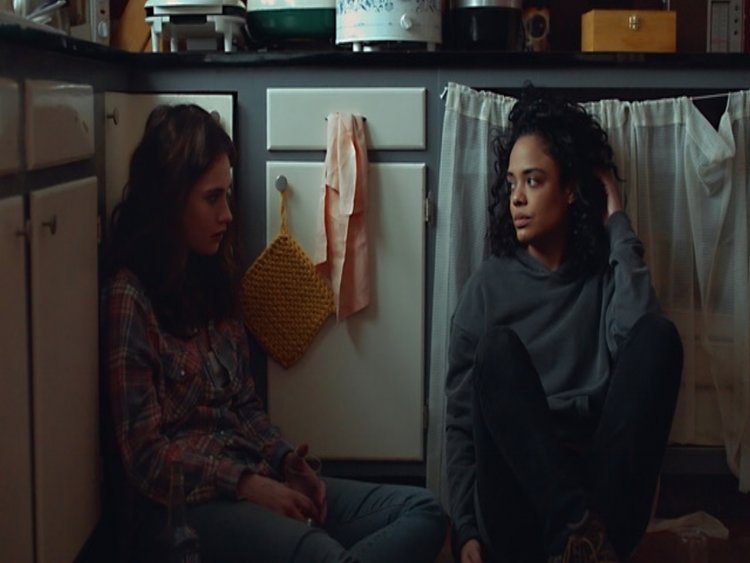 In one of the first scenes in “Little Woods,” Ollie (Tessa Thompson) buries dozens of bottles of drugs she smuggled into the country from Canada. Right before she’s caught, first-time writer and director Nia DaCosta uses the dolly zoom to pull us into Ollie’s world, and from that moment on, we never really leave it. Her world isn’t particularly interesting — she’s broke, applying for a job out in Spokane, and trying desperately to avoid being dragged back into the drug-dealing world — but it doesn’t need to be. The intrigue lies in not in the world itself, but in the way Ollie draws us into her own experience of it: with both reluctant resignation and dangerous hope, with fear of leaving behind what she knows and anticipation for the next chapter of her life. It’s a dichotomy that DaCosta navigates precisely, quietly, starkly, resulting in a small neo-Western that builds without judgment of its characters or the society that has condemned them to their fate.

Unfortunately for Ollie and Deb, “your choices are only as good as your options are.” And in the small North Dakota town where Ollie is serving out the last 10 days of her probation, the options are few and far between: Stay and potentially get reeled back into the life that got her into trouble in the first place, or leave and start over. The answer would be clear — “The last thing I need is to implicate myself in something worse than I got caught doing,” she asserts — if not for her sister, Deb (Lily James, who plays a very different and much more interesting “Deb” than she did in “Baby Driver”), who is struggling to make ends meet for herself and her son in their illegally parked mobile home. When Deb becomes pregnant and the sisters find out their home will be foreclosed unless they can find $3,000 to pay in a week for what they owe, Deb is forced back into the drug-dealing lifestyle she had hoped to leave behind.

The film’s subtle nuance lies in its ability to bring up a panoply of issues — drug dealing, poverty, abortion, the American healthcare system — without making an indictment on them, as well as what its characters do within the confines of their limited options. Instead of criticizing the conditions that forced Ollie and Deb into their respective dire situations, DaCosta depicts what it’s like for the two to live through these dilemmas, always showing, never criticizing. When Deb goes down to the women’s clinic to ask about what her options are without health insurance, she gets a brutal wake-up call about the crippling expenses of even bearing a child without insurance. “Being pregnant costs $8,000?” she asks, incredulous at the prohibitive cost of prenatal vitamins and regular checkups. It’s an interesting and impressive balance that doesn’t shirk authenticity and commentary for complacency or fear of controversy and politicization. Rather, DaCosta simply draws us into Ollie and Deb’s world and allows the actresses themselves to imbue the characters’ lives with the tension and scrutiny they deserve. And like DaCosta, James and especially Thompson deliver commanding performances that elevate the film into the quiet powerhouse that it is.

Reflecting the movie’s tone itself, Thompson’s performance is understated and captivating in its meticulous characterization of a simultaneously jaded and hopeful young woman. And though Deb sees only the calm, composed version of the sister who always gets her out of trouble. “You, Oleander, are not hopeful,” she describes. “Practical, yeah. But you never hope, you do.” There’s always a glimmer in Thompson’s eyes, at times determined, at times desperate, that belies Ollie’s cool exterior. Thompson does more than just humanize Ollie; she enlivens the character by grounding her in a reality that she has wronged and that has in turn wronged her. James dexterously plays off Thompson’s controlled rendition with a slightly more eager performance, one that reflects Deb’s reliance on Ollie’s risky leadership. Where Ollie has enough foresight to know just how disastrously wrong her plan can go, Deb prefers to stay in denial — ignorance is bliss, after all — and is reluctant to do what she knows she must. Where Thompson is the film’s tour de force, relentless in her depiction of the slowly spiraling character, James is more reserved in her relatively safer performance, though the two clearly feed off each other’s energy to give credence to a relationship whose past is never explained, but informs their interactions nonetheless.

The film resonates the most in its silence — literally. The film barely has a soundtrack, and the dialogue sometimes comes to the detriment of the film, interrupting moments of quietude with phrases that toe the line between the surreptitious and the overt. “Money is money is money if you don’t got it,” Deb says, lamenting the sisters’ financial situation. And when Deb asks Ollie how she got caught dealing despite being so good at it, Ollie’s response is an expected one: “I forgot to be scared because I liked it too much.” But DaCosta makes up for what is perhaps a weaker script by letting her actresses do the speaking for her. Fortunately for DaCosta, neither Thompson nor James is afraid of Ollie’s neck of the woods — the ones protecting the sisters from detection — no matter how little they are.