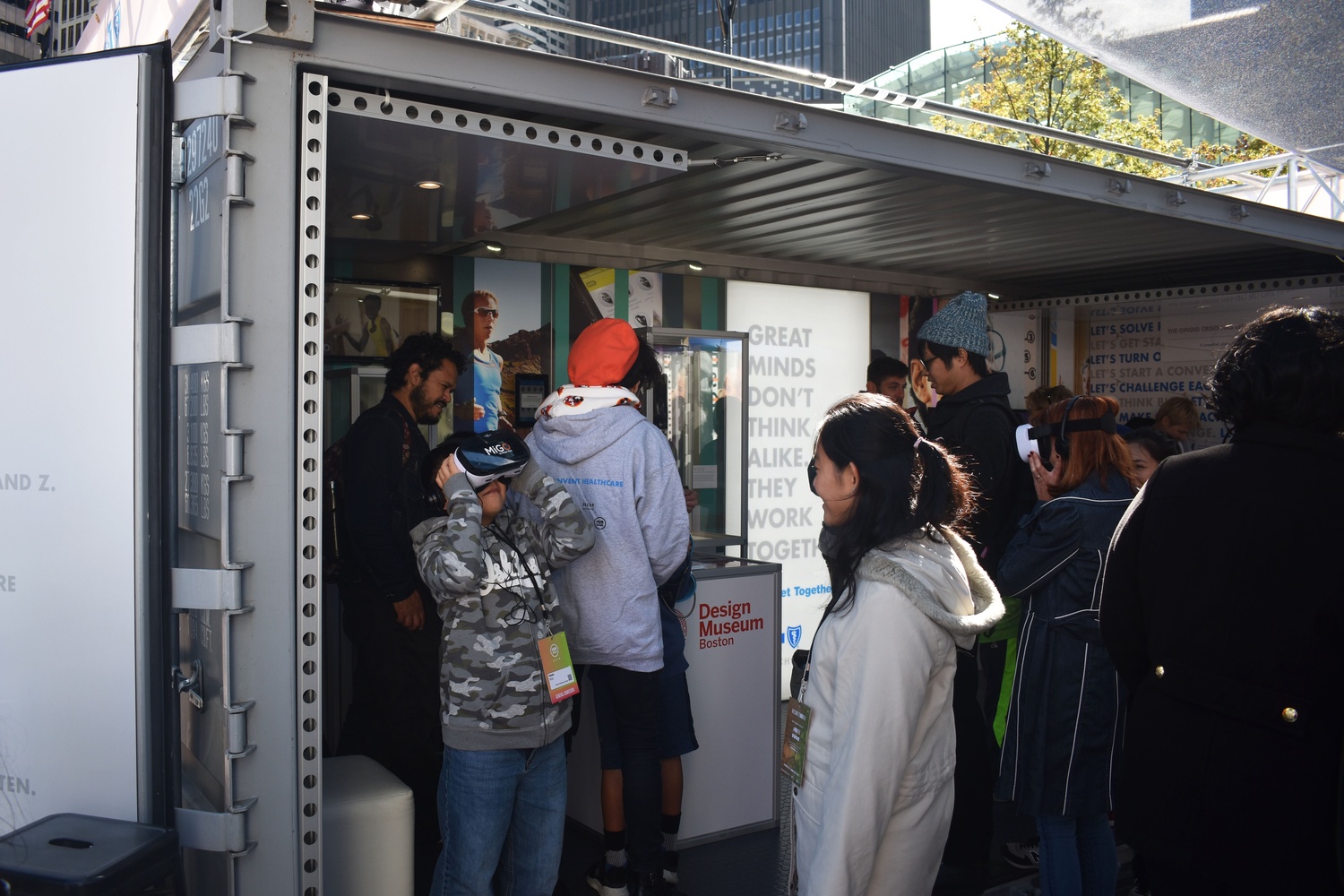 Ranging from a forum on emerging technologies to aid those with disabilities, to a drone exhibition, to an “innovation playground” in Kendall Square, Boston’s HUBweek follows the philosophy that the air of ideas is the only air worth breathing.

HUBweek — a week-long “ideas festival” founded by Harvard, MIT, Massachusetts General Hospital, and the Boston Globe — ran from Oct. 8 to Oct. 14. With 200 sessions and 38 industries represented, innovators and Boston residents engaged with events, installations, and talks on subjects ranging from art to science to technology.

The week also brought together thought leaders and political activists. Some of those included David Hogg, a survivor of the Marjory Stoneman Douglas High School shooting who co-founded the March for Our Lives movement; Maureen B. Dowd, a columnist for the New York Times; and Walter S. Isaacson ’74, a renowned biography author.

In a written statement, Harvard spokesperson Brigid O’Rourke wrote that HUBweek is a platform where Boston-area innovators can come together to collaborate and display their work.

“Throughout the Greater Boston region and on Harvard’s campus, groups and individuals have long explored innovative answers to challenging problems. HUBweek provides a platform for industry leaders and young entrepreneurs to collaborate and showcase their work with peers and the public,” O’Rourke wrote.

Now in its fourth year, HUBweek drew thousands of attendees.

“We’re very pleased with the breadth of innovative content in the programs offered this year,” wrote O’Rourke. “Audiences were engaged at a wide variety of events throughout the week, with thousands of people coming from the Greater Boston area and around the world to take part.”

After students imagined themselves living in a Parisian quarter over the course of the semester, Mills hired four different Parisians from that same residential quarter to document their daily lives and diverse cultural practices within the same geographic space.

“It moves away from the clichés of culture towards a multiplicity of understanding,” Mills said.

“I really just wanted to talk about the notion of cultural immersion through VR — this idea that the ability to be able to walk in someone else’s shoes,” Mills said. “Research shows that if you can embody another person through VR, you’re more apt to show empathy towards that person.”

This was Mills’s first experience with HUBweek, and she said she regretted not being able to attend other sessions.

“I was looking online and was kind of jealous of all the things I was missing,” she said.

Other Harvard affiliates also organized events in Boston. Harvard Medical School professor Reisa A. Sperling presented on developments in the diagnosis and treatment of Alzheimer’s disease. Sperling said that although there is still no cure, research is making progress because Alzheimer’s is now identifiable in the brain.

“We’re grateful to be part of a wonderful and committed community of partners who’ve created programs on a range of subjects — from how virtual reality can help language learners, to exploring new approaches to treating Alzheimer’s disease,” O’Rourke wrote.