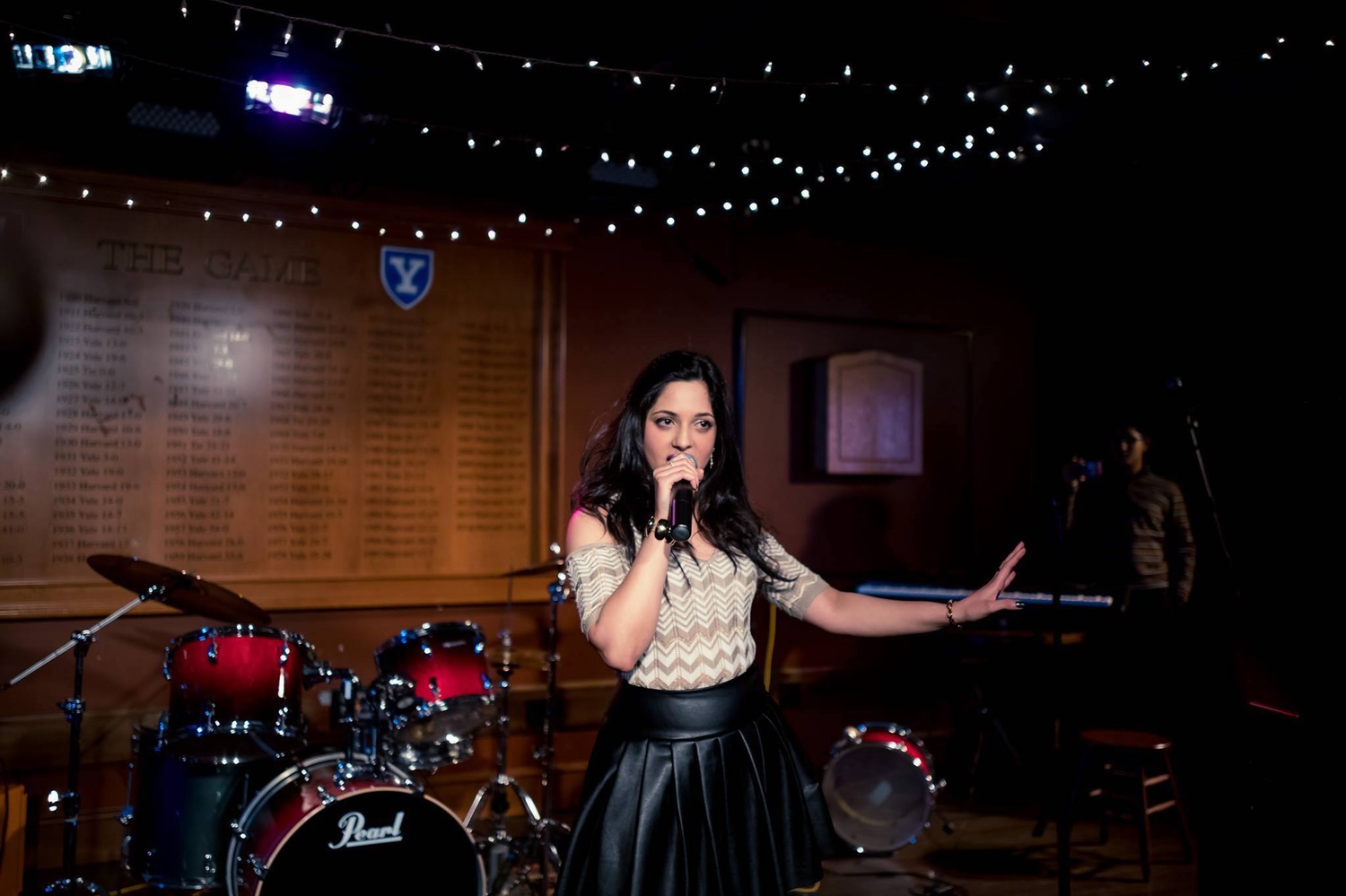 Avanti S. Nagral ’20 is a singer, songwriter and performing artist currently studying in the Harvard/Berklee dual degree program — the first person to do so. Having lived in both India and the United States, she has performed across stages in both countries, as well as in the Philippines. Her latest single, “The Other Side,” was released on Oct. 5 and the song’s music video will be released on Oct. 26.

The Harvard Crimson: What were the musical experiences that inspired you to become a musician today?

Avanti S. Nagral: I spent the first half of my life in Boston, and would do a lot of Indian devotional music and was exposed to a lot of that. Then, when I moved to Bombay — I was about eight years old — I started training in Indian classical music. Indian classical music in particular follows this tradition called “guru-shishya parampara,” which is essentially a teacher-student mentorship relationship. In the olden days, students would live with their teachers — now, of course, that is not possible — [but] it’s almost like a sensei-master type of knowledge passing-on. Rather than looking at somebody as a vocal coach, you really just look at them as a source of knowledge and artistic power. I was very fortunate to start working with a guru — her name is Dr. Prabha Atre. She’s 86 years old now and is still singing, it’s incredible — so my foundation was really in Indian devotional and classical music.

As years went by, I was exposed to a lot of American pop, rock, and soul, but I started doing a lot of theater. My professional start was actually in theater — I’d do a lot of Broadway and would be the featured singer in a lot of productions, outside of school. I also went to a Christian high school in India, so I was exposed to a lot of church music. So I was drawing from Indian classical, Broadway, church music — I was also very drawn towards Sufi music, which is a kind of music that draws from Islam — and combined these into my modern pop-soul sound today.

THC: As an artist, what issues or themes do you feel most compelled to discuss or share in your music?

ASN: My music specifically also draws from the dual identity that I have. I’ve lived almost exactly half my life in [each of Boston and Bombay], I’m the first person in the Harvard-Berklee dual-degree program, and so there are multiple aspects of duality in my life. Bringing them together — this rich culture of Indian music and all [my] other influences — into my music is really important to me, while creating that global, popular sound and working toward that. I think each artist has their own story, and I’d love to be able to share all the stories of all the wonderful people that I meet and everywhere that I go.

THC: In addition to music, you do work in Global Health and Development. Could you tell us more about that, and how it intersects with your music?

ASN: Both are about having that mass impact or that mass connection. For me, looking at issues that affect youth, women, global health, education is about [asking myself]: How do I have maximal impact in terms of reaching the largest number of people, not just intellectually, but also through their hearts?

THC: Could you tell us a little about your newest single, “The Other Side?” What inspired you to record this single? What was your process recording it?

ASN: “The Other Side” is a song about this idea of duality, but also about balancing that duality within each of us, which is being torn apart by a choice or many choices between two people, two places, two identities. For me it was important because I’ve been feeling that a lot in my life. And it’s not necessarily unique to my life; everybody experiences it in one way or another. My production team for this was based in India, [while] the songwriting team for this was me and another co-writer based in Brooklyn. That was really fascinating because, when we wrote the song, I was in Bombay, she was in Brooklyn, so we were kind of experiencing that aspect of the “other side.” Recording the song was also particularly interesting. If you hear [“The Other Side”], at its core, it’s an electronic global pop song, but if you pay attention to it, there are all these elements of Indian instrumentation, and I want to make those mainstream.

THC: How has being in the Harvard/Berklee program influenced your musical and academic career?

ASN: A lot of people ask me, in both institutions, how does studying psychology and global health helping you with your music or how is studying music helping with your psychology and global health. But to me, if [I] want to be a well-rounded person and if I care about being an artist who is holistic, I need to be able to have substance and understand issues at a deep level. It’s not easy because I still have the full course load at Harvard and some classes at Berklee, but I’m enjoying it thoroughly and I’m studying things that I really love. And musically, it’s opened my eyes to the diversity that is these two campuses, that is Boston, and that is the world.

THC: Now that “The Other Side” is about to be released, what are your artistic plans in the near future?

ASN: I perform a lot — this winter I’ll be touring in India — but over the next couple of months I’ll have a bunch of shows in the area. The closest one — I’m very excited about this — is at City Winery in Boston on Oct. 28 as part of the “Local Behavior and Music Festival,” celebrating women and non-gender binary persons. I’m also headlining a show at the Milky Way in Boston on Nov. 18. Another thing that I do is this episode series called #SongOnTheSpot. The idea behind it is to combine [improvisation], music, storytelling and songwriting. At a live show I will invite anybody from the audience to tell me a story about anything. I will invite my musicians to play literally anything, and we make a song out of it!

With social media today, you can have music and art generated from nearly everywhere, so it would be my dream to work with somebody from Guatemala and then somebody else from Saudi Arabia, and putting that together as something that brings the world together. Whatever that story that’s unique to you is — whether it’s about trash cans or sexual assault — it’s about bringing that forward and showing the power of art and music.