On Ghost Tour, Students Grapple with ‘Skeletons' in Harvard’s Closet 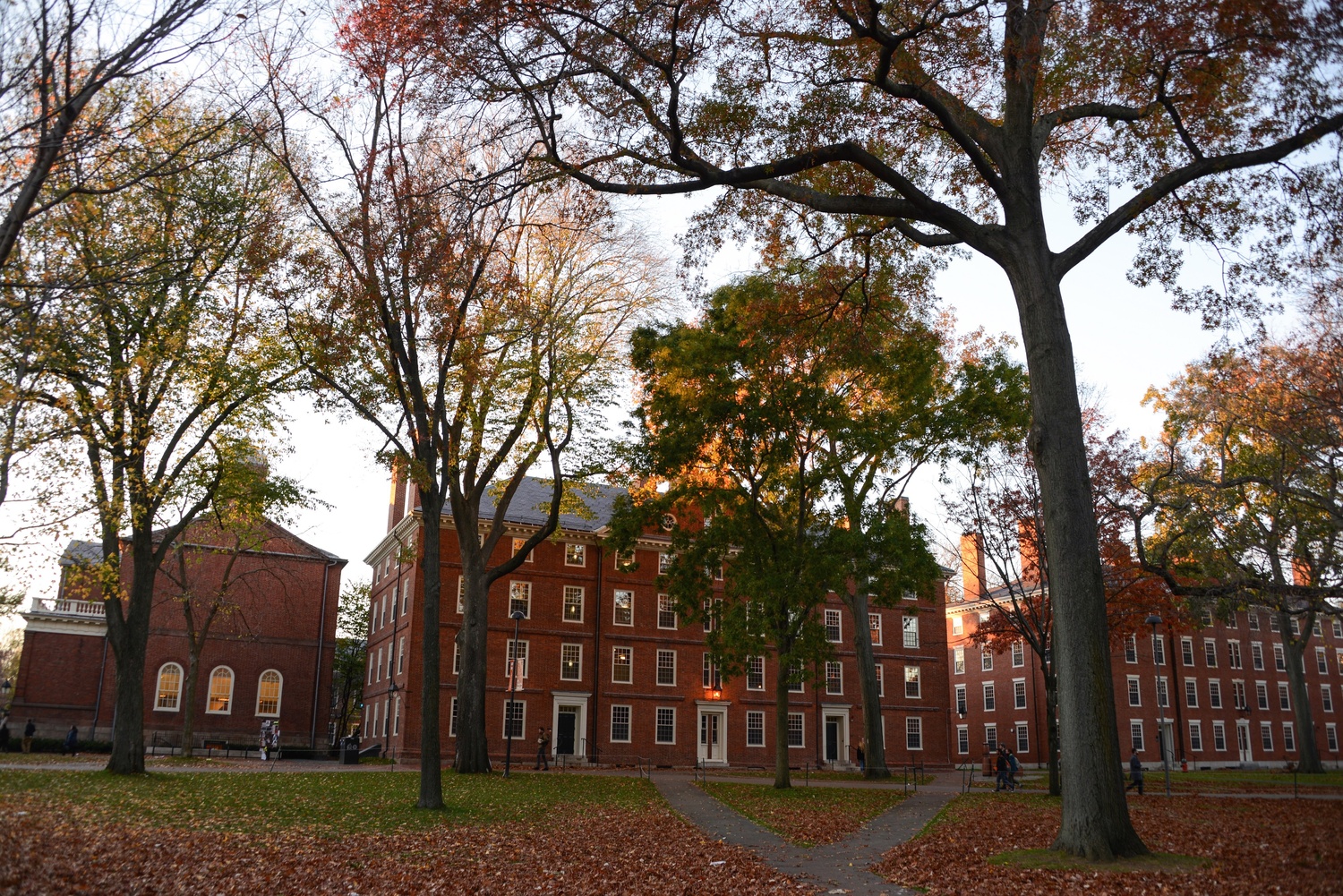 Members of the Department of History and the Crimson Key Society led a “Ghost and Skeleton Tour” of Harvard Yard on Monday evening two days before Halloween, offering participants spooky stories of haunted Harvard buildings as well as a more somber window into the University’s past “skeletons.”

Two concurrent 90-minute tours, led by Zachary B. Nowak, a College fellow in the History department, and Crimson Key Society tour coordinator Anna C. Henricks ’20, respectively, touched on a number of Harvard’s most significant landmarks in the Yard. At each stop, guides told two kinds of spooky stories — paralleling supernatural tales of alleged hauntings with discussions of fraught events in Harvard’s history.

Nowak, sporting a 19th century-themed costume and skeleton makeup, said he hoped the tour would demonstrate that history is “something that's outside the classroom, and all around you, and also has a lot of relevance to your daily life, especially your experience at Harvard.”

During the tour, participants had the opportunity to journey through Harvard’s steam tunnels, which span 3 miles underground. The steam tunnels have their own share of history: amid World War II, a German spy absconded into the tunnels to evade the pursuit of an FBI agent.

Dylan R. de Waart ’19 said the steam tunnel was his favorite part of the tour.

“Sprinting through the steam tunnels made it seem like I was in my own spy thriller,” he said.

While the tour included some levity for participants, parts of it took on a more serious tone.

Outside of Wadsworth House, Nowak spoke of four slaves who lived and worked in the idyllic yellow building during the 18th century. In 2016, the University installed a plaque dedicated to Bilhah, Venus, Titus, and Juba — the four slaves owned by Harvard presidents. In a Crimson op-ed announcing the move, then-President Drew G. Faust wrote the University would form a panel of historians to examine Harvard’s ties to slavery.

During the tour, Crimson Key tour guides also pointed to a plaque which recognizes the defunct Harvard Indian College, built in 1655 near the current site of Matthews Hall, with the goal of proselytizing Native American students to Christianity.

When arriving at University Hall, the guides discussed the history of a 1920 secret commission chaired by then-Harvard President A. Lawrence Lowell, Class of 1877, to investigate and root out affiliates suspected of homosexual behavior. The Crimson first reported on the existence of the tribunal in 2002.

Describing the tour’s mix of spooky stories and Harvard history, Nowak said that “the ‘ghosts’ is what brings people to the tour, but the skeleton part is what we really want to tell them about.”

Henricks said that this tour was unlike most Crimson Key tours, which usually do not address more controversial aspects of the University’s history.

“I think it’s...really cool to sort of delve into a lot of the issues that often people don’t talk about at Harvard,” she said.

De Waart said he thought it is important for students to have a complete understanding of Harvard’s history.

“It’s critical for Harvard students to understand what this institution was built on and where all of this privilege that we have comes from so that we can do a better job at giving back to the communities that brought us to where we are today,” he said.