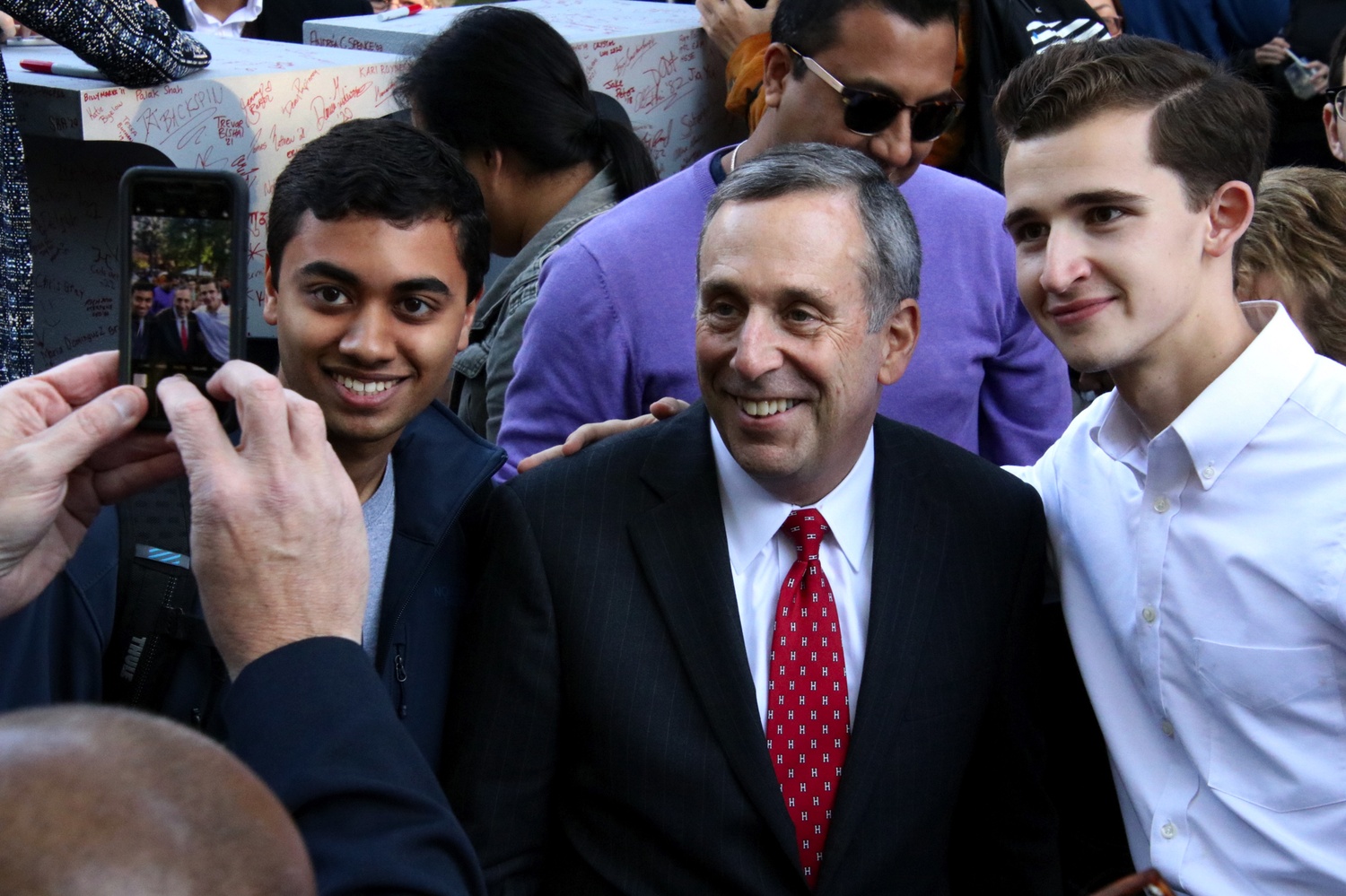 University President Lawrence S. Bacow may not be sitting in court as Harvard defends its race-conscious admissions policies, but he receives updates about trial proceedings each day, he said in an interview Tuesday — and he remains confident the University will win at trial's end.

Bacow said his “daily summary” comes from University General Counsel Robert W. Iuliano ’83, who has sat in on court proceedings on a near-daily basis as the trial in the high-profile lawsuit enters its third week of litigation.

In a September interview before the trial kicked off, Bacow asserted he believed Harvard would prevail in district court, though he did not discuss what might happen after trial judge Allison D. Burroughs delivers her ruling. He reiterated that message Tuesday.

“One should never predict if you’re winning or losing at any moment in the trial. For example, I don’t know what went on today, but I’m still confident that we will win in the trial court because I think we have the law on our side, we have the facts on our side, and that is a good place to start,” he said.

No matter how the trial ends, experts have said the disappointed party is likely to appeal — and that a cascading series of appeals could bring the case before the Supreme Court. If it reaches the nation's highest and newly conservative court, things probably won't go Harvard's way — possibly ushering in the end of affirmative action in the United States.

The trial, which began on Oct. 15, has revealed a number of previously little-known facts about Harvard admissions — including how the school favors applicants linked to top donors or alumni. Asked whether he has ever stepped in to give a boost to any particular candidate, Bacow made clear Tuesday that neither he nor any of his predecessors have ever intervened in the College’s admissions process.

“There is a Chinese wall between the president’s office and admissions,” Bacow said. “If you intervene once, everybody will think that you are the functional Dean of Admissions at Harvard and I have a hard enough job without trying to do that.”

Bacow also said he he does not know what percentage of Harvard’s annual haul of donations come from people whose children have applied to the school.

“I honestly don’t know the answer to that and, even if I did, I probably couldn’t say it right now given that the case is in trial,” Bacow said.

Bacow added, however, that Harvard admissions officers considers many aspects of a candidate’s background, including possible connections to the University. He insisted that all admitted high schoolers are qualified to take a spot at the College.

Bacow held true to an earlier vow that he would refrain from commenting on the intricacies of the trial while the case remains in litigation. He noted on Tuesday that there are "limits" to what he can say about the lawsuit.

He declined to answer questions asking whether he thinks the College’s current admissions process makes sense as it stands or whether legacy students should receive more or less of a boost.

He also did not answer a question asking whether he has received any complaints following recent revelations detailing how donations can influence the admissions proces.

And he declined to answer a question asking whether Harvard should strive to make its student body better reflect the socioeconomic makeup of the United States. In his court testimony last week, Dean of the College Rakesh Khurana admitted Harvard skews wealthy — and said he is okay with that.

Bacow acknowledged that, as a “factual matter,” Harvard's socioeconomic makeup does not match that of the nation, but said: “Rare is the college comparable to ours where it does.”

Bacow also spoke about the College’s “generous” financial aid program, which provides full financial aid to all families who make under $65,000 in annual income. Roughly 20 percent of Harvard enrollees pay nothing toward the cost of tuition.

“We’ve worked really hard at Harvard to make this place affordable to students regardless of the ability of their families to pay. For one in five students who come to Harvard, their families pay nothing as a result of the financial aid initiative,” Bacow said. “It’s important to us that any student who gets into Harvard can come here regardless of their financial circumstances.”

A week before the trial began, Bacow sent an email to students and alumni warning that the trial could forge rifts among Harvard affiliates and declared he respects “diversity of opinion” surrounding the case.

Bacow said the school’s Academic Council — a body consisting of deans, vice presidents, and members of the Provost’s office — has discussed how to maintain “civil discourse” about the lawsuit across campus.

“As I said in my message to the community, we were a community before the trial occurred. We’re going to be a community after this trial is over. What kind of community depends upon how we treat each other,” he said.