Stand Up for Stand-up — and Honesty — in ‘All About Nina’ 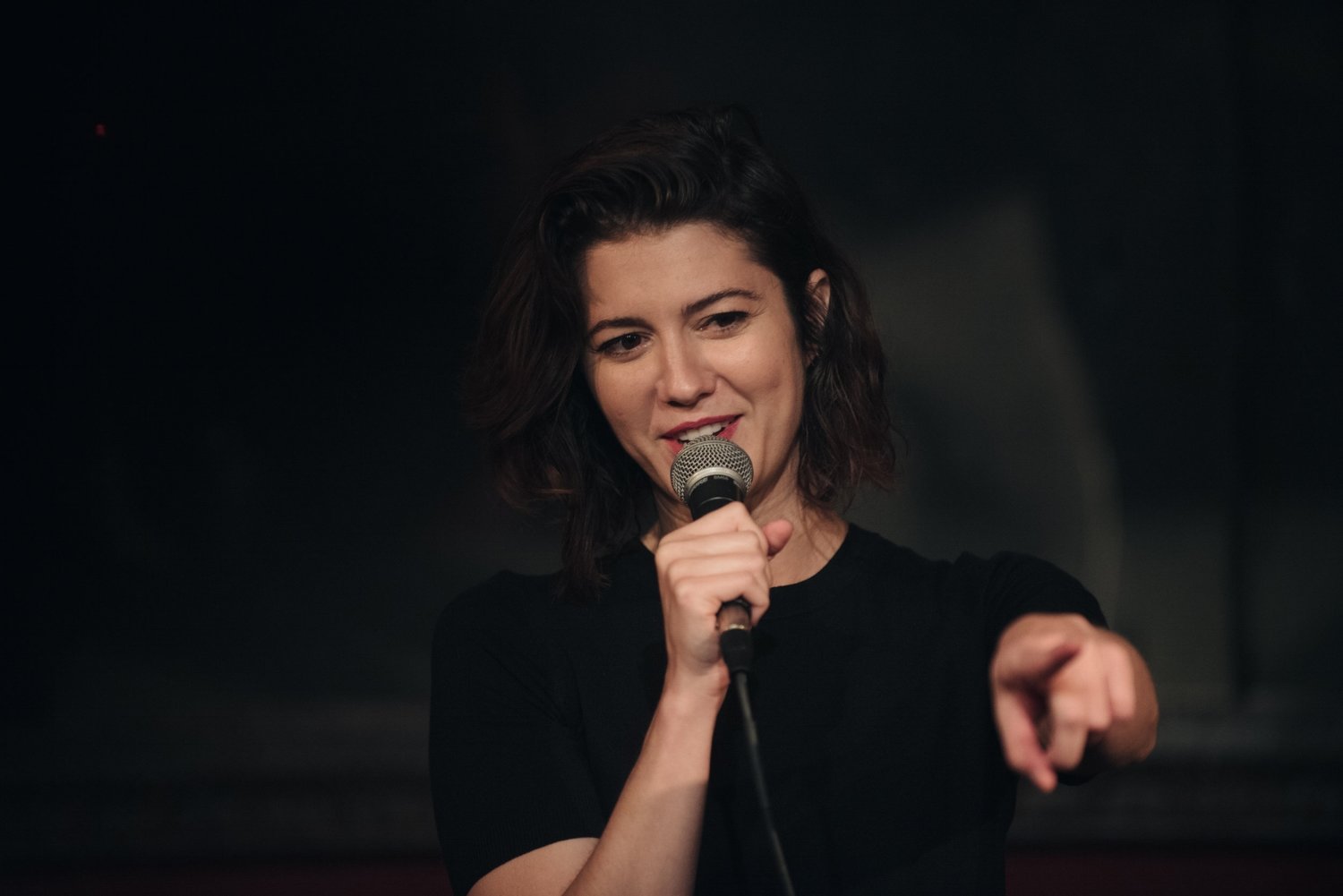 Mary Elizabeth Winstead stars in "All About Nina" (2018), directed by Eva Vives. By Courtesy of the Boston Women's Film Festival
By Shruthi Venkata, Contributing Writer

Per a fictive online review, stand-up comedian Nina Geld (Mary Elizabeth Winstead) has been described as “funny,” “super smart,” but also — “hot”? People love the way she deprecates people, especially men, in her own spontaneous, raw brand of wit. While she’s on stage talking about her sex life — how little she cares about what men’s personalities are like, and more about how well they can fuck.

“All About Nina,” featured in the Boston Women’s Film Festival at Brattle Theater, is an emotional tour de force. Released in the wake of the #MeToo movement, it demands respect and admiration. It may be all about Nina, who auditions for a “Saturday Night Live”-esque comedy show, but its other characters, while somewhat caricatured, add more humor to the mix. They include Rafe (Common), Nina’s sexy, compassionate partner who has nonetheless made mistakes; Lake (Kate del Castillo), her spiritual, tarot-card-reading, horoscope type host; and Amy (Mindy Sterling), the overeager, doting, annoyingly insouciant friend of her mother.

Nina tells it like it is, and her audience finds it so funny and attractive how riled up she gets — she is quite the crowd pleaser. The world objectifies her as she criticizes the world for objectifying her, but this is her path to success. Her messages are important, but only to the people who already think they are: This is the reality for so many female comedians, and other women. Through seamlessly delivered jokes about cancer researchers who could have found the cure had they not been obsessed with their female lab assistants and other could-have-been-success stories about men, she conveys a message: You can try to sway sexist men for as long as you please, but in the end, they start the locker room talk about how much they want to fuck you. It’s a lost cause. Or is it?

When Lake tells Nina to “woman the fuck up” and tell Rafe, a man she truly likes, probably for the first time in her life, the “truth,” Lake doesn’t even know what the truth is. Director Eva Vives reminds us throughout the film that truths are rarely simple, whether that’s Nina’s (and Winstead’s) charming performances that end in her puking backstage, or Rafe and Nina coming out to each other about his dad walking out when he was a kid, or her father’s suicide. The truth Rafe doesn’t know is her IPV-strewn past relationship with a married cop with children that she never fully ends except by blocking his contact, as well as a traumatizing past.

In this film, the comedy’s most telling moments aren’t funny. As Rafe watches her perform, Nina tells the world her truth. At her first show, once she makes it to Comedy Prime, the next biggest thing in her stand-up career, this traumatic story comes out. In Winstead’s heart-wrenching bit, there is no aspect of comedy. It grips the crowd. No one claps. She goes viral. It makes one wonder how many other performers out there use performance to skim over their struggles, or how many women censor histories of sexual trauma just to keep themselves and their careers keeping on.

It’s impossible not to cry with Nina — I did for about 10 minutes. She becomes someone whom a teenage girl could easily revere: an independent woman who lives and breathes a career that is her passion, that she does so well.

There are other people like Nina around us — in that they are icons and for some awful reason, something traumatizing, some crime, or something uncomfortable had to happen to them while they were furthering their careers or as part of an enshrouded past. There is much to be angry about, like the way women are pitted against each other in the world of comedy. Or the fact that the old white man Larry Michaels (Beau Bridges) who is responsible for hiring Nina at Comedy Prime thinks that her now-powerful voice against abuse might stop the crowd from finding her funny — and that this is a valid reason to contemplate wounding her career, though he is “glad” she got it off her chest. Eva Vives shows us why all women and performers should feel comfortable putting their truths out there.

We don’t know what will happen to Nina, but “All About Nina” leaves no choice but for you to care.