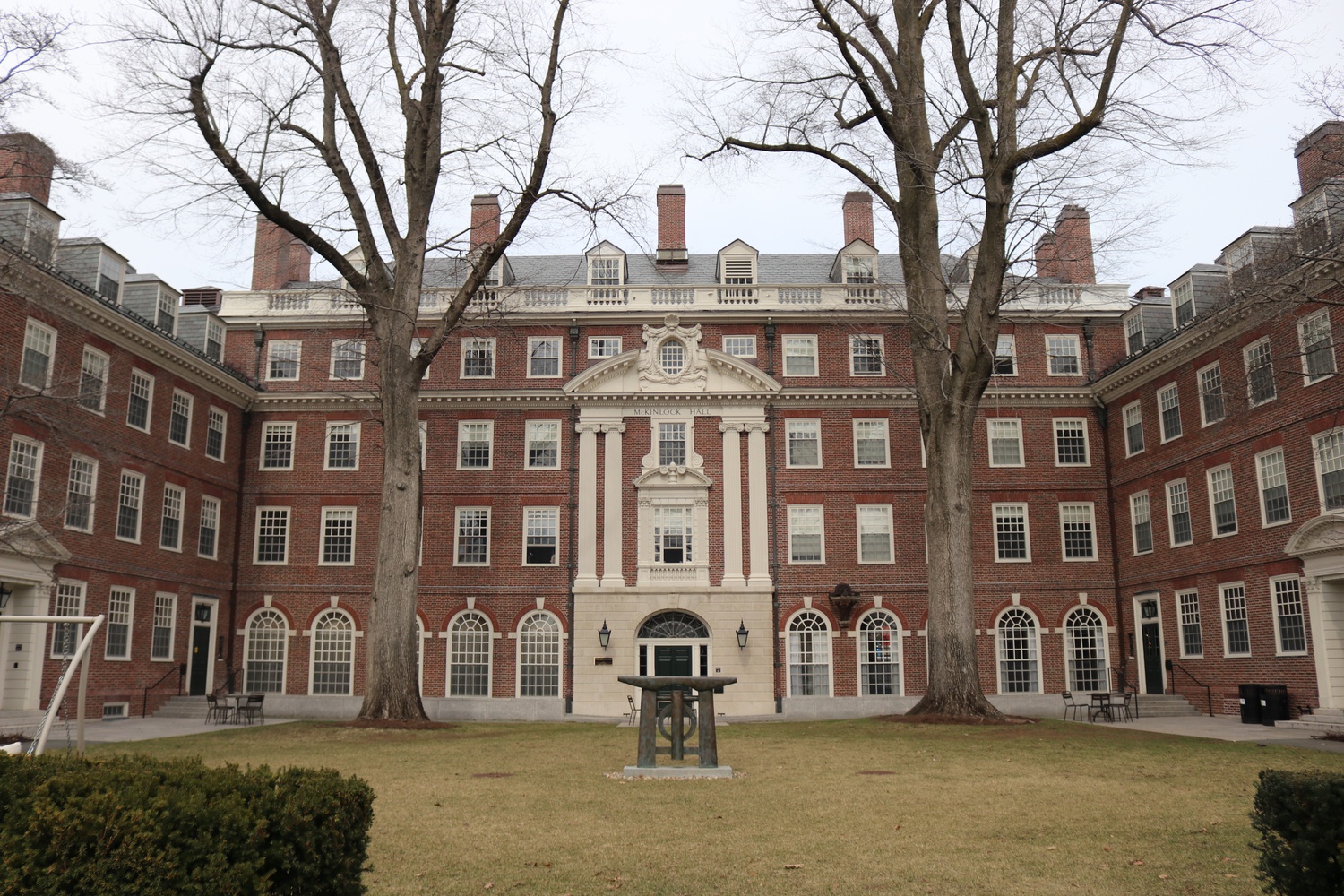 Leverett House staff and the Dean of Students Office are currently investigating “deeply disturbing and offensive images” drawn on a public whiteboard in McKinlock Hall, according to an email sent by House tutors last Thursday.

A photo of the drawings sent to The Crimson shows depictions of two faces — one labeled “Black” and the other “Other blacks, Mexicans, Muslims, Jews” — alongside racist comments.

The board featured a list of terms including “globalists," "caravan," and “Soros," referring to billionaire philanthropist George Soros. In the lead up to the midterm elections, far-right politicians and pundits circulated a conspiracy theory that Soros was funding the caravan of immigrants traveling to the United States. Another marking on the white board labeled this list "anti semetic [sic] code words."

“I’d seen a lot of writing on the board before. A lot of it was just inane or stupid things that were supposed to be funny,” Gray said. “But I hadn’t really seen racialized comments before or anything directed at any particular ethnic group, so it stood out to me in that way.”

Late Thursday evening, John L. Pulice III ’15, who serves as a tutor in McKinlock, wrote in an email to residents that House staff had brought the matter to the attention of the Harvard University Police Department. HUPD spokesperson Steven G. Catalano did not respond to a request for comment.

“I am sorry if any of you were also impacted by these – no community can or should tolerate hate-speech, least of all a community that is also our home,” Pulice wrote in his email. “If any of you would like to talk about this, I and other tutors are available.”

Pulice also wrote the drawings “appear to be part of a pattern” in McKinlock — a pattern Ghandour and Gray both said they recognized. The students said they had heard of another complaint by Leverett students in response to whiteboard drawings related to gender and sexuality.

Leverett Resident Dean Bilal A. Malik wrote in an email that while House administrators are looking into “how these drawings appeared,” their “first and foremost priority is working with our students and other community-members, to understand how they were impacted, and how we can help.”

Malik added Leverett House is working with the Dean of Students Office to respond to the incident.

Gray called the administrators’ response to the drawings “vague” and said she would prefer “something more specific that addresses the groups that were targeted on the board.”

“I'm glad that they expressed words of outrage but it also sounded like a pretty standard response,” she said. “I haven't heard really any action being taken or anyone being held accountable for what they wrote.”

This semester, similar instances of racist public postings have cropped up at other Ivy League colleges.

At both schools, administrators have encouraged students to attend gatherings to discuss the incidents and reach out to support networks, but neither school has yet taken disciplinary measures against perpetrators.

Ghandour and Gray said they hope the same will not happen at Harvard. Ghandour said she hopes Leverett House will take concrete action in response to the incident, beyond simply offering resources.

“I don’t need that, and I think a lot of people of color on this campus or marginalized groups are always told like ‘hey if you ever need to talk, we have resources,’” she said. “To me, it’s not about talking or being consoled, it’s about action.”