Cameron Rowland: Inside an Artist’s Brain 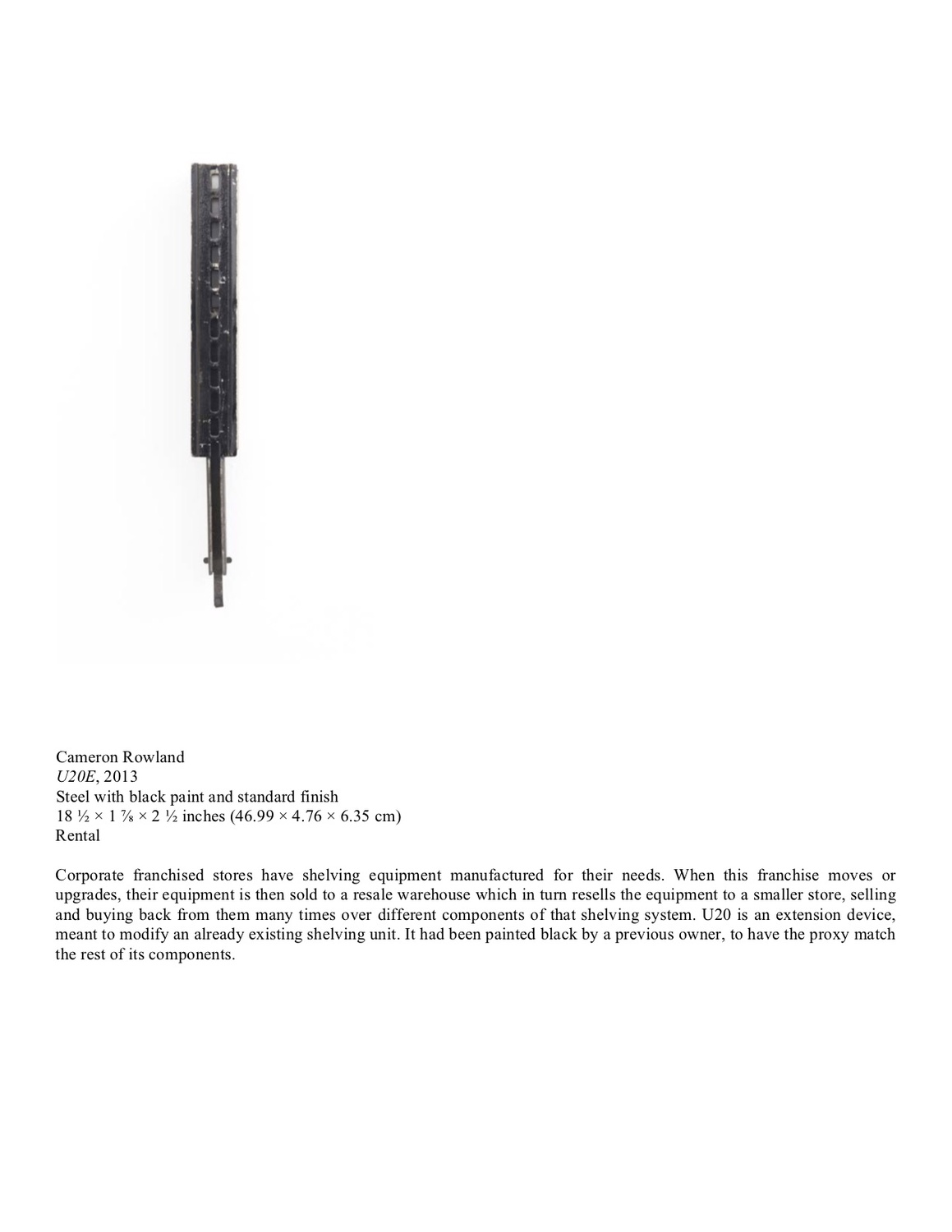 On Nov. 14, the Harvard Art Museums welcomed contemporary artist Cameron Rowland to discuss some of the thoughts and history behind his work. Rowland is an American artist from Philadelphia currently living and working in Queens, New York. Rowland is known for his conceptual art, and given his use of found and readymade objects, some have come to consider him the 21st century version of the infamous artist Marcel Duchamp.

Rowland spoke about the legal and economic structures that underlie life as we know it today. Much of his talk explored the lens his work takes on the idea of property and ownership. In speaking about injustices in contractuality, Rowland harkened back to slavery, sharecropping, and the Black Codes. He spoke at particular length about one of his works titled D37, which is currently on view at the Museum of Contemporary Art, Los Angeles. This work grapples with the injustice in property ownership faced by black communities.

“It is attempting to develop an understanding of the non-universality of property in the contingency of black contractual relations in the United States. This is the socio-historical context that I hope to situate one work included in the aforementioned exhibition that is titled D37,” Rowland said of the piece.

Nikole Naloy ’21 spoke as one of the student board members of HAM who introduced Rowland at the talk.

“Rowland’s art exposes the underbelly of our political and economic systems, and it allows us to see the power and role art can play in this society,” Naloy said in an interview after the event.

D37 is just one example of how Rowland is able to transform objects into art.

Naloy also spoke about how Rowland takes “the most common, banal aspects of daily procedural life,” like the property registrations, and subverts their purposes by putting them in a gallery setting.

Indeed, though Rowland’s work may appear straightforward at first glance, there is so much underlying thought and provocation. Those who attended his artist talk were able to hear Rowland articulate some of these underlying thoughts in person.

Rowland’s visit to HAM is particularly exciting given that his work, U20E (2013), is currently on display in the contemporary art gallery on the first floor of the museum. The work is a readymade object — essentially a piece of steel shelving. Though it is not evident from viewing the piece, there was an incredible amount of behind-the-scenes work that went into displaying Rowland’s art. Harvard Art Museums had to conquer unfamiliar issues of liability before they could obtain the work because the piece is being loaned to HAM through the renter. Mary Schneider Enriquez ’81, the Houghton Associate Curator of Contemporary Art in the Harvard Art museum’s Department of Modern and Contemporary Art, explained the prolonged process that was involved in obtaining a rented piece of art.

“It took me a year and a half to get approval from Harvard. We had to go to the office of the general council to take on the loan of a work of art that is being rented to a collector,” she said. Though this process was difficult, it is all part of Rowland’s practice.

“The rental works against the whole idea of the system of value for art as an object, so he’s trying to open up the issue of the way the system works,” Schneider Enriquez said.

Furthermore, the work of art goes past just mounting the readymade onto the wall. For Rowland, the work not only includes the piece itself, but also the specific height and placement of the readymade in the room as well as the accompanying statement. The label must accompany the work of art. In Rowland’s talk, he mentioned this aspect of his work saying, “almost all of my works include a descriptive caption — this caption details information I consider part of the work.” The explanation that accompanies the art is what forces the viewer to think, and this aspect of thought is what Rowland finds especially important.

“Information that allows a viewer who is unaware of the role of a material within systematic operations to understand it is integral to the purpose and ethicacy of the work,” Rowland said. Though Rowland is specific about how his work is shown, he does intend the work to be viewed in “different contexts and in different sites.” Harvard Art Museums is currently one of those platforms.

For Schneider Enriquez, Naloy, and the popular turnout of people who came to hear Rowland speak, the message of Rowland’s art is impactful and intriguing. It is fortunate to have a work of Rowland’s in such an accessible setting on Harvard’s campus, and even more fortunate to be able to hear the words and thoughts of the artist himself to give context to the piece of art on display.