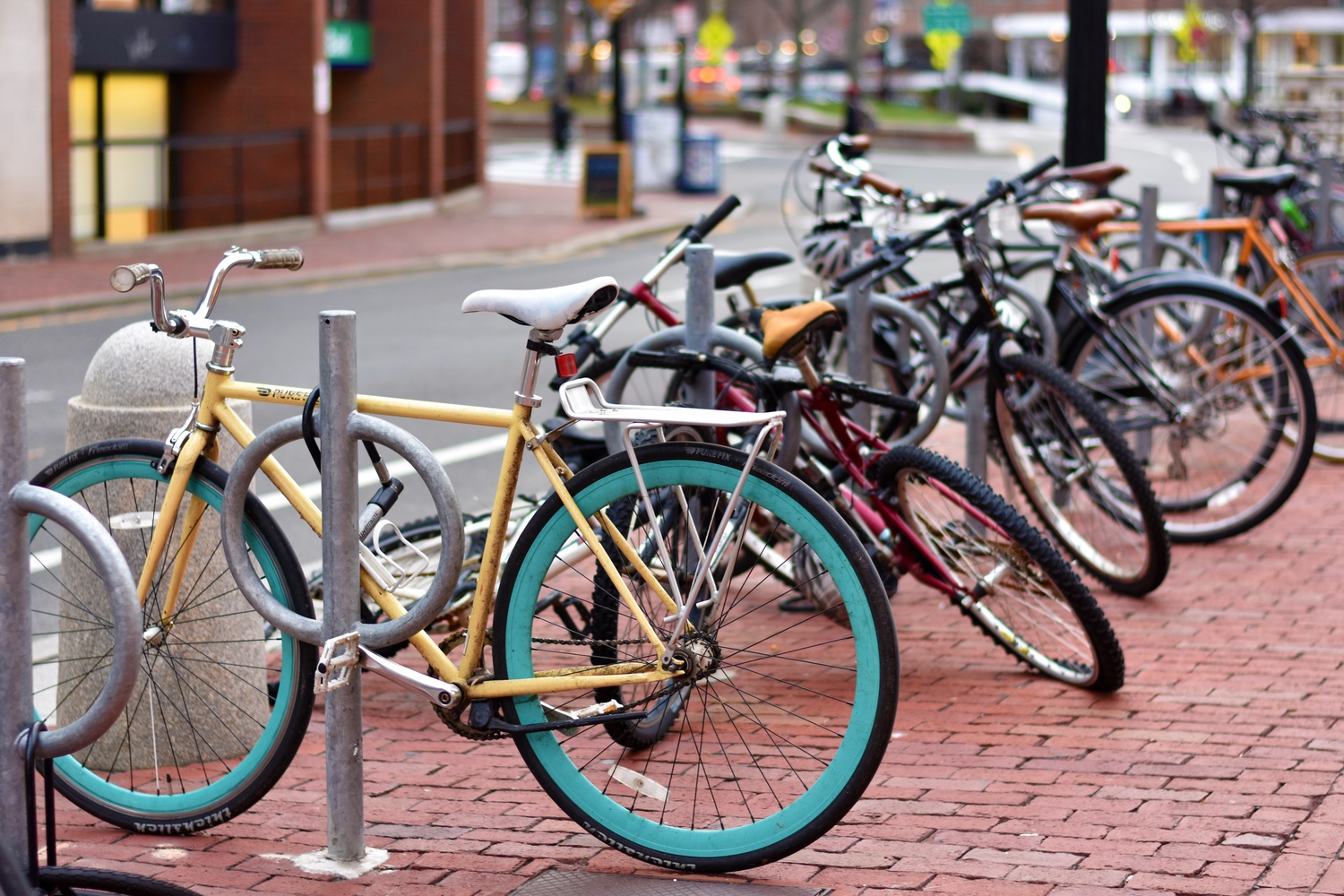 The Cambridge City Council discussed establishing a safe travel network for bicyclists across the city at a hearing of the Transportation and Public Utilities Committee Tuesday.

The proposed network would build on some of the city’s past efforts to improve bike safety, according to Vice Mayor Jan Devereux.

“We have some painted bike lanes. We have some roads with protected bike lanes, but what we’re aiming at big picture is to have a network that is safe for people of all ages and all abilities,” Devereux said.

Devereux noted three main motivations for the safe travel network. She said the number of bicyclists, particularly those who use ride-sharing services such as Bluebike, has increased — and the city of Cambridge has consequently seen a rise in biking-related injuries. She added that the city hopes to further increase the number of bicyclists, given bicycling is an environmentally friendly mode of transportation.

On March 21, 2016, the Cambridge City Council adopted Vision Zero, a framework designed to reduce traffic fatalities and injuries. In the proposal to the Council, former City Manager Richard C. Rossi and Deputy City Manager Lisa C. Peterson highlighted the growing number of cities in the United States and Europe that have chosen to use Vision Zero.

“Vision Zero is both an aspirational goal and a real goal, and we believe that in a community like Cambridge, it is in fact feasible to attempt to eliminate these types of serious incidents, through the types of engineering, education,” the two wrote.

This February, the City crystallized its ideas into a Vision Zero Action Plan, which sorts actionable steps into seven categories that range from designing and operating safe streets to engaging the public with policy.

Projects in the works for the coming year include a feasibility study of the bike network as well as construction in Inman Square, Kendall Square, and other venues to improve bike safety, Devereux said.

Cambridge Bicycle Safety — an activist group formed by Cambridge residents after several bicyclists, including Amanda Phillips and Joel Lavins, were killed while riding bicycles in Cambridge — called on the city to expedite the creation of the safe travel network.

“In combination with the deaths we’re seeing, three pedestrians killed this year in Cambridge and one bicyclist, it’s just a public health emergency that the city really needs to take significant steps to address,” Cambridge-based bike activist Nathanael Fillmore said.

Cambridge Bike Safety is currently circulating a petition — which had accumulated 2,000 signatures as of Tuesday — that urges the city to complete the proposed safe travel network within the next five years. The group is also hoping to obtain support from local businesses in their efforts.

“There are some problems where it’s really hard to solve the problem, but this is actually a problem where we have a solution,” Fillmore said. “The solution is to change the built environment in such a way that these types of crashes that cause injury and death are much less likely.”