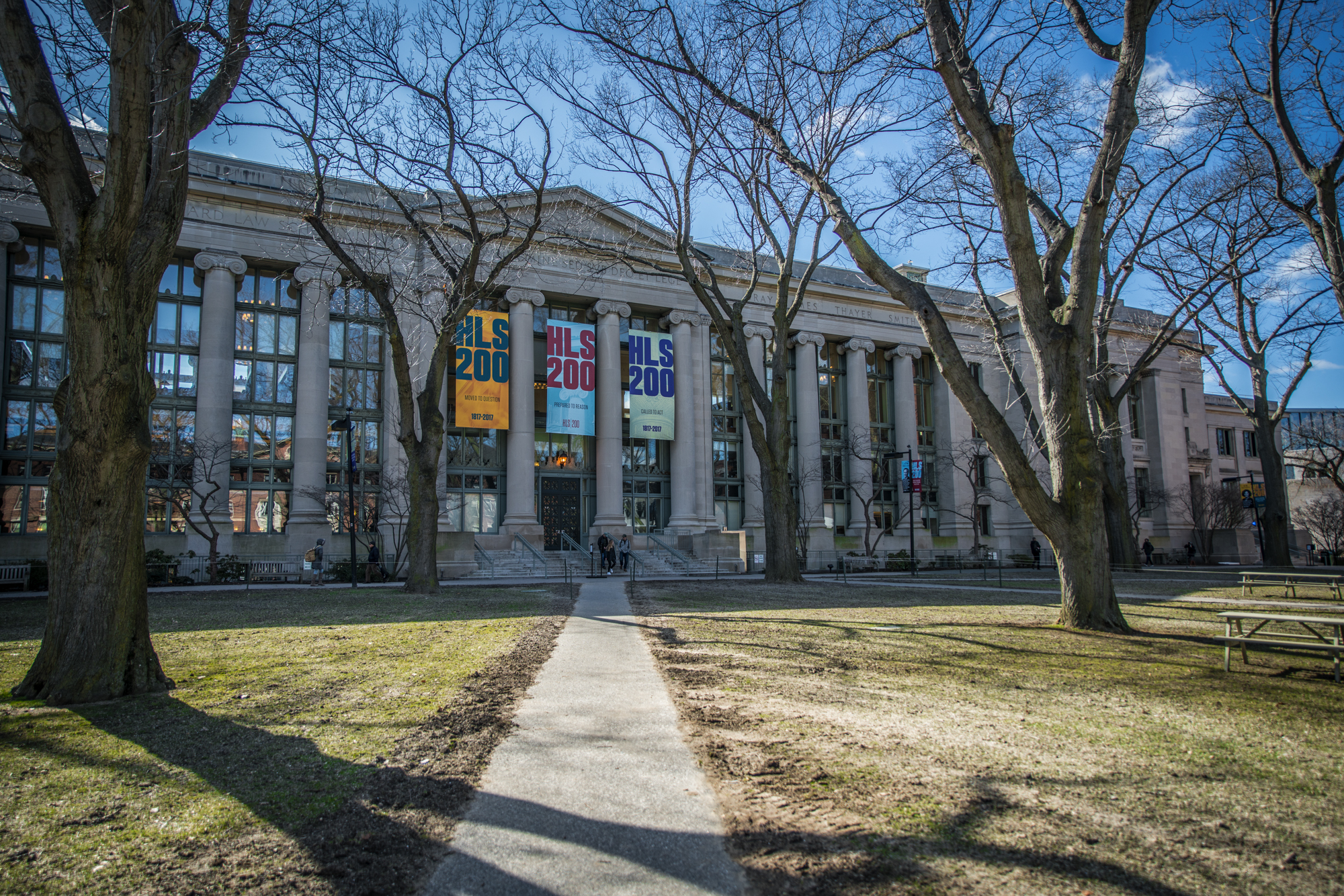 Jerome B. Karabel ’72, a sociologist at University of California, Berkeley, discussed the history of Harvard’s admissions policies and suggested potential reforms at a Law School lecture Thursday.

Karabel has written widely about the history of race-conscious admissions at elite universities. In 2005, he published “The Chosen: The Hidden History of Admission and Exclusion at Harvard, Yale, and Princeton.”

Attendees packed into an overflowing lecture hall just weeks after the conclusion of a three-week long admissions trial between the University and Students for Fair Admissions, an anti-affirmative action group. SFFA sued the University in 2014 for allegedly discriminating against Asian-American applicants during the admissions process. The trial ended Nov. 2, but both SFFA and the University are expected to present an additional set of arguments to Judge Allison D. Burroughs in February.

Thursday's lecture addressed four themes: the history of discrimination against Jewish students in Harvard’s admissions process during the 1920s, the rise of affirmative action against the backdrop of the Civil Rights Movement, charges that Harvard discriminated against Asian students in the 1980s, and recommendations for how Harvard should reform its admissions practices today.

Karabel argued that the roots of Harvard’s current admissions process — which takes into account factors like “character” and “leadership" — lie in changes spearheaded by President Abbott Lawrence Lowell, class of 1877, in reaction to Harvard’s increased population of Jewish students, who comprised upwards of a quarter of the College’s population in the 1920s.

He recounted the boom in black students admitted to Harvard in the wake of the student protests during the Civil Rights Movement — especially after Dr. Martin Luther King Jr.’s assassination in 1968 — and discussed how the rise of affirmative action policies laid the groundwork for debates about equity in admissions that continue today.

The remainder of the lecture focused on proposals for reforming Harvard’s admissions process. Karabel said he would like to see the elimination of special consideration for the children of donors and legacies, arguing that these policies could be discontinued without negatively impacting the University’s endowment.

“Of the world’s ten leading universities, five have no legacy preference,” Karabel said. “I say with considerable confidence that, if they were to eliminate legacy admissions — that’s hardly the only reason people give money to Harvard — Harvard would be fine.”

Other reforms Karabel suggested include diminishing the preference given to recruited athletes, who are currently admitted at an estimated rate of 76 to 86 percent. He also called for the abolition of Harvard’s “Z-list,” which gives a small number of students a deferred admissions option each year.

Lastly, Karabel said he would like to see Harvard admit more students from disadvantaged socioeconomic backgrounds. Though he acknowledged that Harvard already provides significant aid for students from low-income and middle-income families, he pointed out that nevertheless, close to 70 percent of Harvard students still come from families with a household income in the top 20 percent.

Harvard spokesperson Rachael Dane did not respond to a request for comment.

In a previous statement, Dane wrote, “In our admissions process, we give careful, individual attention to each applicant. We seek to identify students who will be the best educators of one another and their professors—individuals who will inspire those around them during their College years and beyond.” 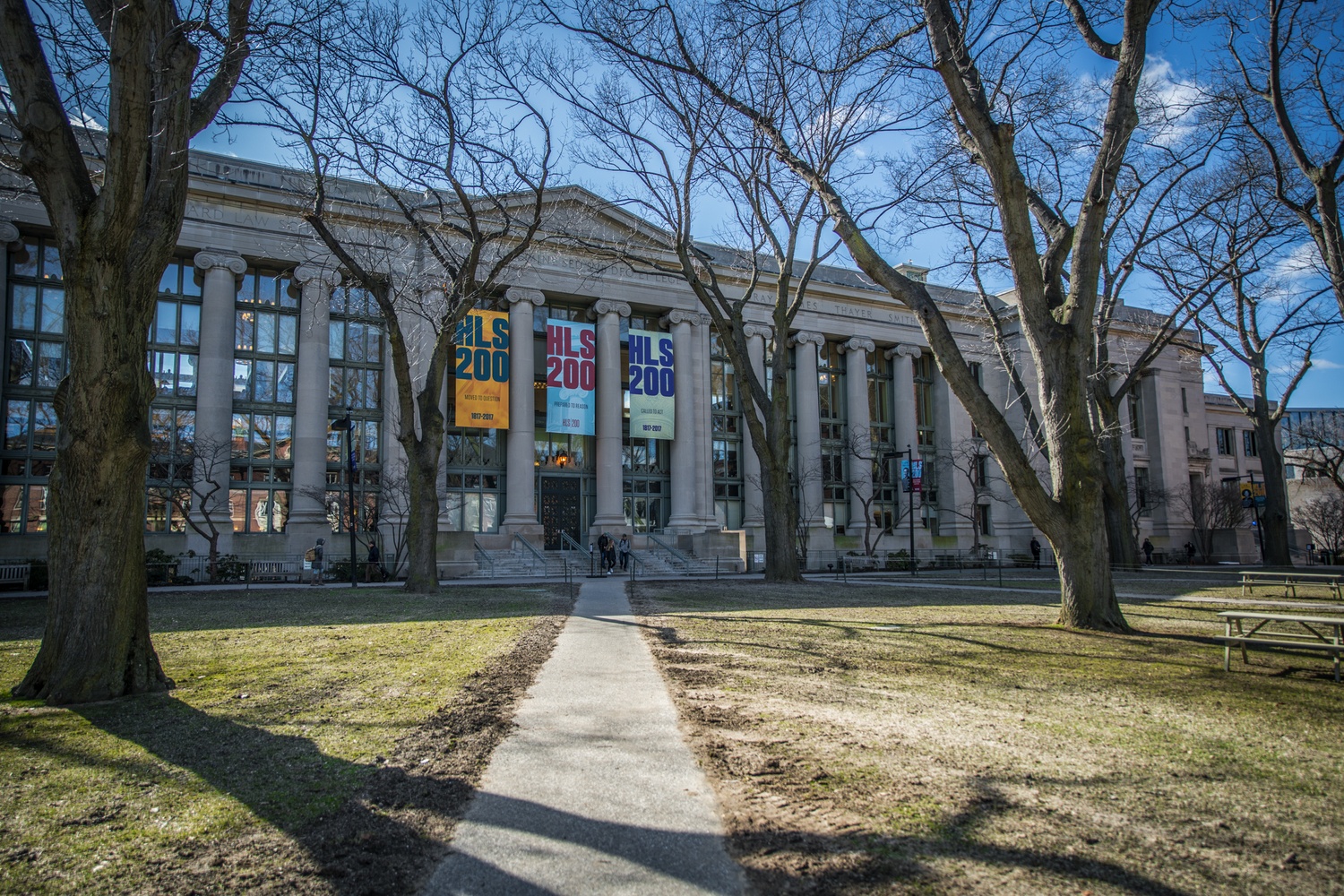 Langdell Hall, part of Harvard Law School, is home to the largest academic law library in the world. By Michael Gritzbach

Attendees of Thursday's event included students from the Graduate School of Education who had read Karabel’s papers in classes and Harvard affiliates interested in the ongoing admissions lawsuit.

“In the Asian-American community in the Law School we’re having a conversation about what affirmative action means to us and how we balance understanding that there is a historical need for affirmative action with discrimination that is actively against Asians,” Elizabeth Gyori, a third-year Law student, said. “[We want] to have that conversation in a meaningful way and build solidarity across groups.”

“The issue of affirmative action in college admissions is a matter of interest to our community on a variety of levels,” Ian D. Eppler, co-founder and events chair of the Progressive Jewish Alliance at HLS, said. “We wanted to bring a historical perspective to the dialogue.”