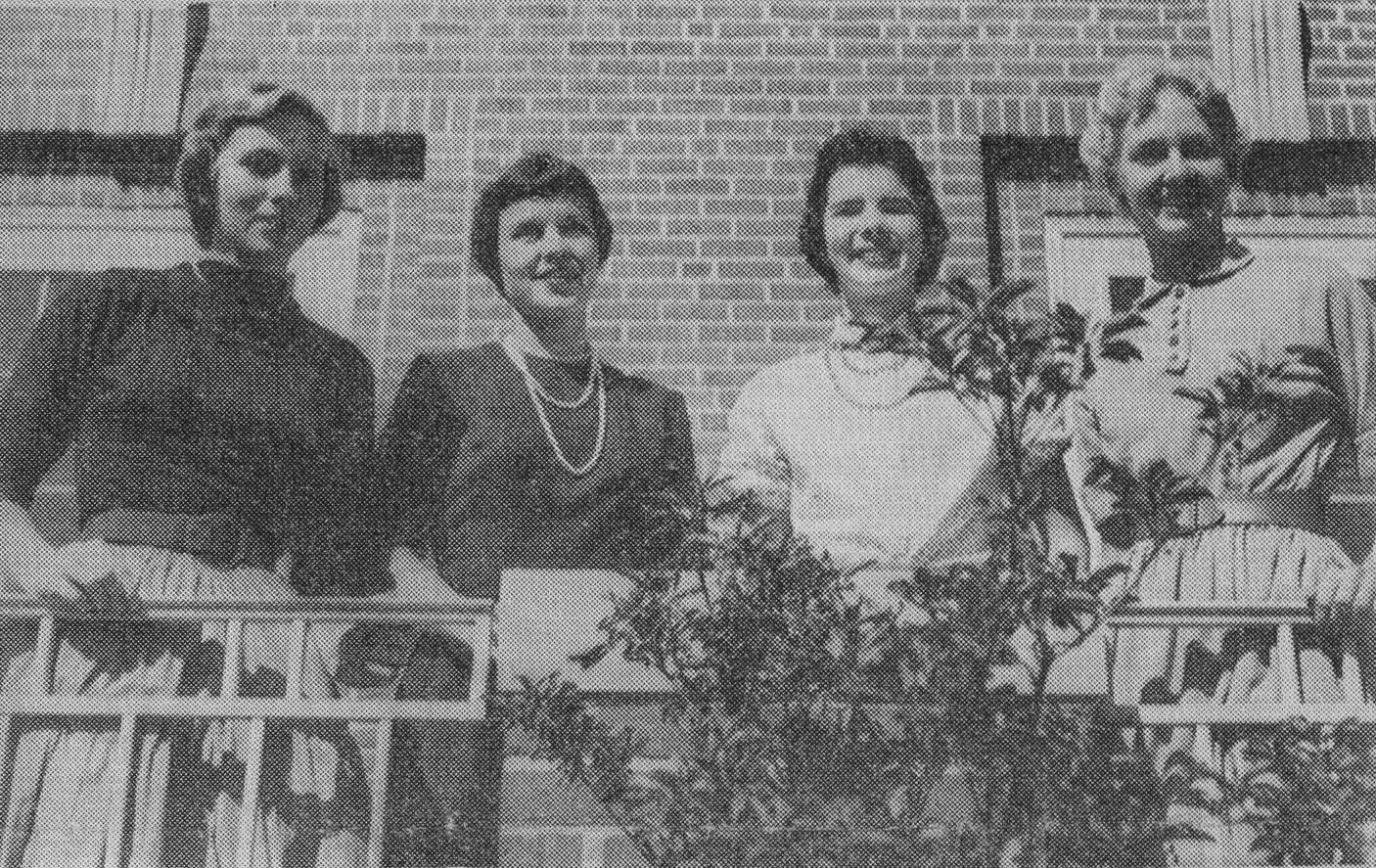 The Radcliffe Club of San Francisco is not Extinct

We don’t have as many young people in our club as we’d like. Nonetheless we’re pleased that we’re still here. So we’ll stay for now, as Radcliffe girls, together.
By Maya S. Bhagat and Sonia F. Epstein

In early August 1898, four women gathered on Sutter Street in the San Francisco home of a woman named Julia George. Radcliffe College had been officially chartered just four years prior, and the women living 3,000 miles away from their alma mater wanted a way to connect with each other.

Throughout its history, RCSF was an epicenter for Radcliffe support on the west coast. It made strides as a premier fundraising force, securing funds to launch a club scholarship program for prospective Bay Area Radcliffe students years before Radcliffe itself founded a similar, nationwide Regional Scholars program.

Over the course of the twentieth century, Radcliffe alumnae groups proliferated across the country. And when Radcliffe College slowly integrated with Harvard following WWII, the Harvard Alumni Association suggested that Radcliffe Clubs do the same. All except one did.
In 2017, RCSF chose to revise its constitution in alignment with the HAA’s specifications so that it could appear on the HAA website. The club had long reveled in its status as the first of its kind, but at this meeting with the HAA, it became clear that it was also the last.

Former president of the Radcliffe Club of Chicago Anne B. Troy ’82 remembers meeting with other past presidents to discuss their groups’ future. “Why pretend we have a separate club when all these younger graduates think they went to Harvard anyway?” she says, recalling her stance. By the 80s, Radcliffe women lived in Harvard’s Houses and received diplomas signed by the Harvard president. It had been nearly 50 years since the era when they could not attend classes with Harvard men. The Radcliffe Club merged with the Harvard Club of Chicago, which still retains a spot on its board for a Radcliffe representative today.

At the Radcliffe Club of Maryland, where many alumnae had husbands in the Harvard Club, the merge also “just made such good sense,” says former vice president Mary Ellen Thomsen ’54. The groups merged in the ’70s with the new name of the Harvard-Radcliffe Club of Maryland, and when Thomsen’s son later became president, she implored him not to erase the name “Radcliffe.”

“He said, ‘Not on my watch,’ and they’ve kept it ever since,” Thomsen says.

Preserving the Radcliffe name has been a matter of importance across the country. In San Francisco, the college’s disappearance was deeply felt.

“I’ll tell you, I was pissed,” former RCSF president and current treasurer Kathleen G. Henschel ’70 says.
As one of three women in her year who graduated from Radcliffe with a degree in applied math and computer science, going to classes at Harvard often felt like “going to work for a big corporation,” she says. “You had to stand on [your] tiptoes and look around to find your peers.”

When Radcliffe women left the Yard after a day of classes, many took comfort in returning to a single-gender space. “That kind of support, I still feel it in the Radcliffe Club of San Francisco,” Henschel says.

Members of RCSF sought out ways to keep their alma mater’s legacy alive. In 1959, the group established the Radcliffe Club of San Francisco Scholarship Fund, which the College continues to administer today. Beginning in 1979, former presidents Eleanor L. Zuckerman ’53 and Ellen M. La Follette ’54 established the Radcliffe Alumnae Professorship, a project so successful that leftover funds could be used to establish an additional Radcliffe Alumnae Fellowship.

“Why should we fade away?” La Follette says. “Not until it’s time.”

The club continues to hold meetings, put out a monthly newsletter, organize luncheons, coordinate book clubs and film clubs, and arrange museum outings. It donates to the Schlesinger Library at the Radcliffe Institute for Advanced Study, the Harvard College Women’s Center, and the RCSF Scholarship Fund.

The club, whose members once numbered in the hundreds, is down to a membership of about 70 women. Occasionally a new alumna joins, but Henschel, who will turn 70 this November, estimates that she is one of the youngest members.

“It’s just the march of time. At some point we’ll throw ourselves a hell of a party and declare victory and stop,” Henschel says. “But at this point we still have people who are willing… to do the small amount of work it takes to keep us going.”

Last August marked the club’s 120th anniversary. The history of Radcliffe itself — which began in 1879 with “The Harvard Annex” and stretched until 1999 — only 120 years.

“The enthusiasm and the energy that started the Radcliffe Club in the first place is still here,” La Follette says. “We don’t have as many young people in our club as we’d like. Nonetheless we’re pleased that we’re still here. So we’ll stay for now, as Radcliffe girls, together.”