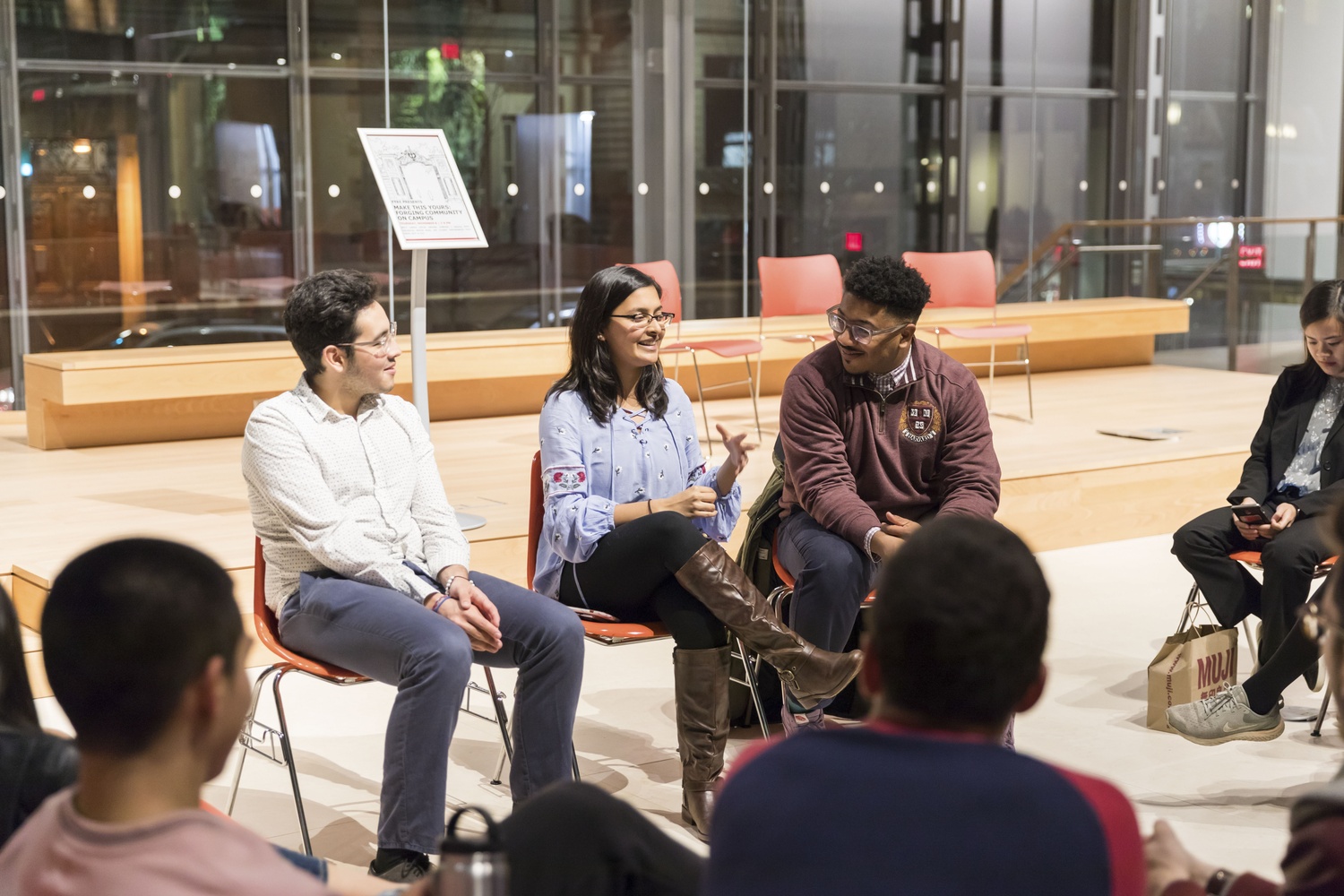 FYRE hosted "Make this Yours: Forging Community on Campus," an event celebrating the intersection of identity and belonging in the Smith Campus Center on Thursday evening. By Joshua Y. Chiang
By Kevin R. Chen and Peter E. O'Keefe, Contributing Writers

The purpose of the event — titled “Make This Yours: Forging Community on Campus” — was to celebrate “belonging in the context of identity and intersectionality at Harvard,” according to fliers posted around campus about the event.

The program, which a few dozen students attended, included performances ranging from spoken word poetry to a capella and dance.

Regina M. Cusing ’20, a team leader for FYRE, organized the event with James A. Bedford ’20, one of the student co-chairs of FYRE. According to Bedford, they hoped Thursday’s event would make students feel more welcome on campus.

“Gina and I were talking one day and thinking about how students often feel disenchanted with the social life on campus or feel like they don’t own this campus or they don’t belong to this campus like they should,” Bedford said. “So we decided, why don’t we make an event under FYRE with the values that FYRE holds and just bring some people together to celebrate the community and celebrate diversity?”

The evening began with a panel of two undergraduates — Leonardo A. Garcia ’21 and Debolina Ghosh ’21 — and graduate student Aaron T. Jennings speaking about their experiences navigating life and finding a sense of belonging at Harvard.

After the event, Jennings reflected on his motivation for sharing his experiences at the event as a graduate student.

The panel was followed by a sequence of student performances. Some students first took the stage to recite spoken word poetry and sing original music. The “East Asian-interest” a capella group Fusian then performed the song “Yellow” from the “Crazy Rich Asians” movie soundtrack. The event finished with performances by the Harvard Asian American Dance Troupe and five members of student musical group 21 Colorful Crimson.

Cusing said after the event that the showcase met FYRE’s expectations of bringing people closer together.

“It reached the kind of intimacy we were hoping for,” Cusing said. “I think that having that level of intimacy in such a new and kind of daunting Harvard space on this campus was just a very cool thing to be able to create.”

“I think it really spoke to the message of what the event was supposed to be for, of the ability to create a feeling of belonging and community wherever you are on this campus,” she added.