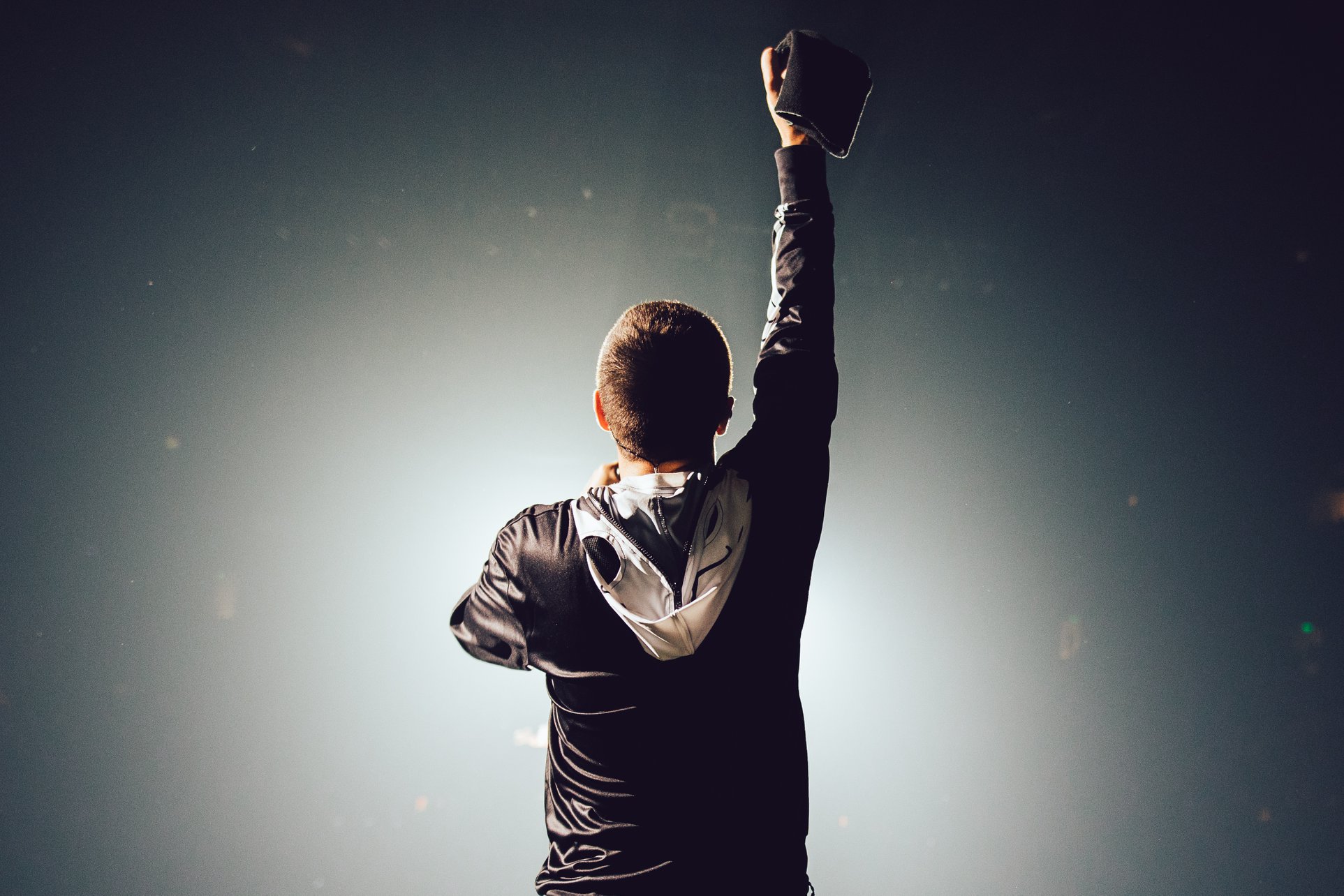 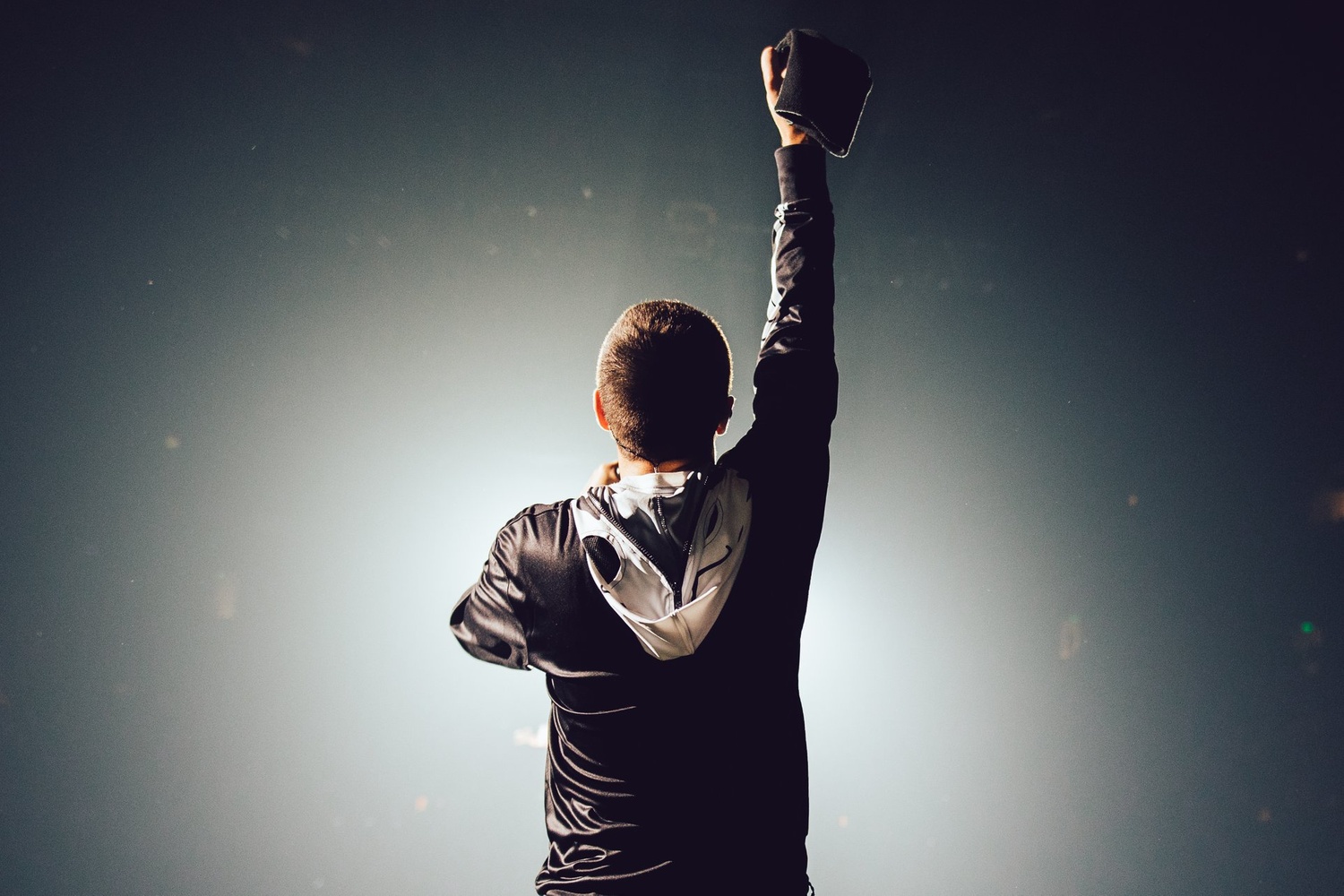 By Courtesy of Brad Heaton / Twenty One Pilots

In the mainstream music world, Twenty One Pilots are famous for being chameleons. They weave in and out of alternative rap and Americana ukulele with risk-averse charm, flashing their small town smiles on queue for songs about student loans and treehouse homes. At the peak of their fame, after a goofy-grinned Grammys acceptance speech about their “Moms” and “following your dreams,” they seemed to have earned their place in culture as the ultimate crowd pleasers. Styled as indecisive harbingers of an innocuous millennialism, there’s supposedly no genre they won’t fold into their made-for-Spotify brand of “schizoid pop.” Culturally, they’re set up as successors to fellow middle-America sweethearts like Taylor Swift, their honeymoon period inevitably destined for inoffensive mediocrity.

That’s the surface-level Twenty One Pilots — but their bland-pop image doesn’t tell the full story. In a cultural atmosphere where it takes an average of 4.53 authors to make a hit song, frontman Tyler Joseph remains one of a rare few artists to write all of his own music, and is responsible for half of 2016’s hot 100 hits written by a single author. Twenty One Pilots have utilized that creative control to break one of the biggest boundaries in modern American music: the boundary between the spiritual and the secular. Breaking down the walls of the insular “evangelical” world he comes from, Joseph has always told a story that’s unequivocally his. It’s precisely the specificity of the musical world he creates that gives his songs such deep-rooted resonance.

For the 24 percent of America that identifies as evangelical, “religious” music isn’t just popular, but a cultural mandate. Twenty One Pilots’ drummer, Josh Dunn, would know. As a kid, his evangelical parents banned the secular rock records he was obsessed with. The censorship culture pervades the conservative strongholds of America, and music that doesn’t pass the spiritual litmus test gets thrown out by default. The music ecosystem that’s left, manned by risk-averse gatekeepers, anoints a revolving door of influencers so like-minded as to be borderline indistinguishable. Take Lauren Daigle, one current chart-topping darling: Her biggest hit, “How Can it Be,” is a lyrical remix of the 200-year-old hymn “And Can it Be,” a song that already has several derivatives, from an “update” by Bob Kauflin to the self-described “modern contemporary rock” version made by Cliff College. Parse the words of Daigle’s peers — from Australian chart-toppers Hillsong United to hitmaker “TobyMac” to preteen-favorite Britt Nicole — and you’ll find not only the same themes of trust, obedience, and surrender, but the same identical words — “fire, desire, and lift you higher” or “king, sing, praises ring.” What you won’t find is individual doubts, questions, or thoughts in general that aren’t tied up in a neat bow after 3 to 5 minutes.

But Twenty One Pilots, themselves the products of strict evangelicalism, have profoundly broken the mold. They have managed to bypass the censorship of Christian-culture gatekeepers, amassing a massive Christian fanbase while challenging the idea that faith in music requires either blind reverence or blanket defiance. From their titular debut album, the very first song, “Implicit Demand for Proof,” clearly sets out to be neither of those extremes. Instead, it’s the anthem of a person who dares to demand proof of God’s existence, not as a cynic, but as a struggling believer. The song’s desperation culminates with the part-resigned, part-taunting “Rain down and destroy me.” The disillusioned search for God continues in “Addict with a Pen,” which ends with the similarly frustrated “I haven’t found a drop of you / I haven’t found a drop of water.” With this careful mixture of faith and doubt, Joseph is accessible to a sea of uncertain Christian youth who might see their doubts about the world, and themselves, as a kind of moral failure. Joseph offers them a fascinating alternative to that guilt — an invitation to doubt and disillusionment, mixed with the language, metaphor, and longing of Christianity.

That credo, of the power — even necessity — of doubt to human existence, is epitomized by the way the band thinks about “evangelism” itself. While his religious peers never question the idea that their beliefs must be explicitly pushed onto others, Joseph wrestles with it over many songs, and doesn’t have one definitive solution. One such song is the early “Clear,” which centers around the difference between “yelling on a street corner” or “cleverly masking your words” to get a message across, and the fear of being an insufficient messenger. On the one hand, Joseph’s tone in the song mimics the invasive urgency of his Christian peers as he interrogates his listeners: “Where’re you going and why’re you here? / Have you asked these questions? Have you been sincere?” But he’s characteristically double-minded, conceding, no matter what he says, “your mind will take a stand,” and “let me know when you’ve had enough.”

He seems to interrogate even the assumption of his own “rightness” in his more recent “Suicide Squad” feature. He aligns himself squarely with the ambiguously irreligious “Heathens” on the chorus, “All my friends are heathens, take it slow / Wait for them to ask you who you know.” As Joseph’s confirmed in interviews, this verse is an admonishment to his religious fanbase, warning them not to approach people who can, as the song put it, “smell their intentions” with a conversion-oriented agenda. Though his language alludes to “Christian” expressions, his message isn’t just a religious one. After all, it’s not just Christians who set out with an agenda to change minds; “evangelicalism” is in many ways an American value. The question of where, and how, we work to “convert” others can inform attempts to change people’s religious affiliation just as much as efforts to change how they vote.

As an antithesis to conformist evangelicalism, Joseph doesn’t just call out Christianity’s dogmatic conversion culture. He’s also one of the first celebrities in the precarious position of being public about both his faith and his battles with mental illness, a type of “representation,” of sorts, that’s long overdue. By and large, the church has no precedent for this coexistence, writing off the physical and chemical realities of mental illness as willful moral failure. In that context, Joseph tackles the destructive narrative that mental illness can be “prayed away” in a way that few others can — with a new kind of prayer. His prayers don’t have an easy, 3 to 5 minute resolution: They’re intimate, intercessory cries to God, or others, for a relief he never fully gets. Like other real people who are both religious and battling mental illness, Joseph may find hope in the God he prays to in the middle of the night, but he wakes up the next morning with the same demons.

In the face of Christianity’s many problems with compassionately dealing with mental illness, Joseph could have long ago cut ties with a culture skeptical of brain science and enamored of easy answers. But that’s where the band’s “crowd pleasing” facade comes in handy — they manage to say things that are difficult, even taboo, without burning bridges. As a result, the radical undertones of their gospel of brokenness and imperfection have infiltrated the communities most ill-equipped to care for those struggling with mental health, offering a kind of hope less definite and more authentic than the many homogenous voices around them.

This kind of measured hope is epitomized by “Leave the City,” the somber closer to the duo’s new project, “Trench.” The song is the penultimate entry to a concept album centered on escape from a metaphorical prison-city, itself a stand-in for the prisons of a self-destructive mind. In eerie, intimate vocals, Joseph chants the mantra: “In time, I will leave the city / For now, I will stay alive.” Given the symbolism of his “city” of darkness through the album, that’s a powerful statement about the value of life itself — individual, meaningful on its own terms, and not requiring us, first, to change each other. It’s reminiscent of a previous album closer off his sophomore record, the subdued “Truce,” with the final line: “Take pride in what is sure to die.” With the advice to revel in the brokenness of life, Joseph settles on a message of subversive contentment with a heretical kind of simplicity.

From the day they started, Twenty One Pilots took a gamble on the idea that they could write music for both Christianity and its doubters. The result is an unlikely antidote to conversion-obsessed evangelicalism, an intimate soundtrack to the sincerity and desperation of an uncensored human mind. Under the surface of crowd-pleasing ukulele ballads and endearing alt-reggae-screamo, they have delivered a nuanced plea for empathy, humility, and mental health awareness to the religious right and pop radio alike. Eight million album copies later, the risk has paid off.