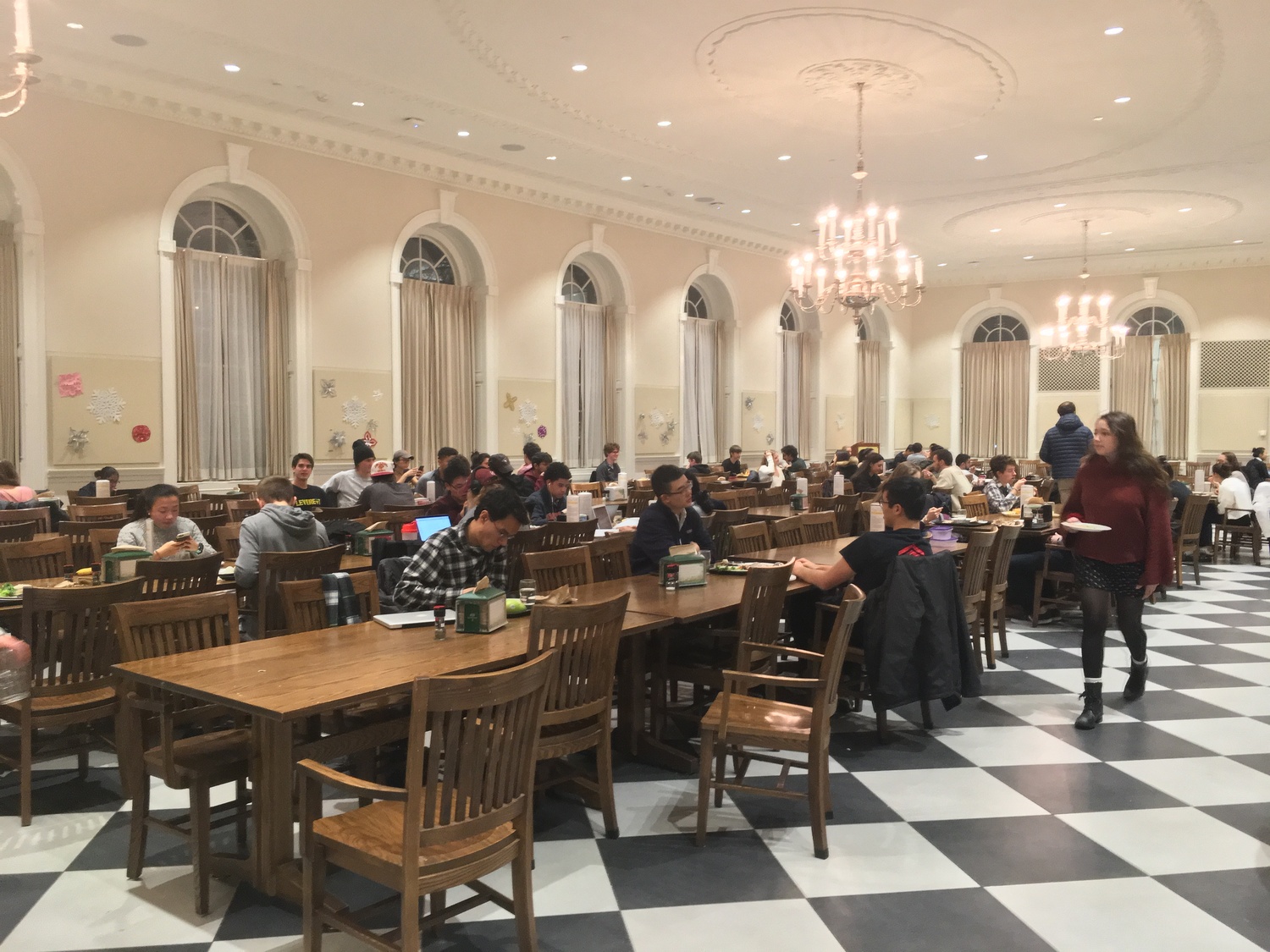 Amid concerns over the lack of separate changing rooms for workers of all genders, dining hall employees in Leverett House are calling for a meeting with management to address issues of “safety, dignity, and respect on the job,” according to a statement issued Tuesday.

The 24 male and female dining workers in McKinlock Hall — the building that houses Leverett’s dining hall — have only one locker room to store their personal belongings and change into their uniforms. Within that room, there is only one dressing room. In other houses, including nearby Quincy House and Adams House, Harvard University Dining Services workers have two changing rooms separated by gender.

The situation has caused discomfort for some workers, according to the statement they wrote.

“We have been preparing to address our needs for safety, dignity and respect on the job, especially for enough space and privacy to change into our uniforms without workers of all genders being forced to choose between having to be uncovered in front of others or late to work,” the statement reads.

The workers’ statement also addressed racist graffiti discovered by students on a McKinlock whiteboard in November. Leverett house staff and the Dean of Students Office are currently investigating the drawings, which depicted two faces — one labeled “Black” and the other “Other blacks, Mexicans, Muslims, Jews” — alongside racist comments.

“We are concerned about another violation in our community,” the statement reads. “Workers oppose the violent disrespect of the racist graffiti that was recently discovered in a student common area.”

“Now is the time for one community, including workers, students and faculty, to address inclusion and the needs of all of our historically underrepresented members,” it continues.

Citing an email sent to Leverett students by their House Committee, the workers wrote the graffiti was “upsetting to many HUDS workers who are a very diverse part of the University community.”

Several days after students brought the graffiti to administrators’ attention, Leverett Resident Dean Bilal A. Malik wrote in an email that house staff’s “first and foremost priority is working with our students and other community-members, to understand how they were impacted, and how we can help.”

Dining services workers raised their concerns to management Tuesday, according to Edward B. Childs, the chief shop steward of HUDS union UNITE HERE Local 26. Childs wrote in a text message to The Crimson that Leverett managers are currently “shuffling to their departments” and discussing how to respond to the concerns raised by workers about both the locker room and the graffiti.