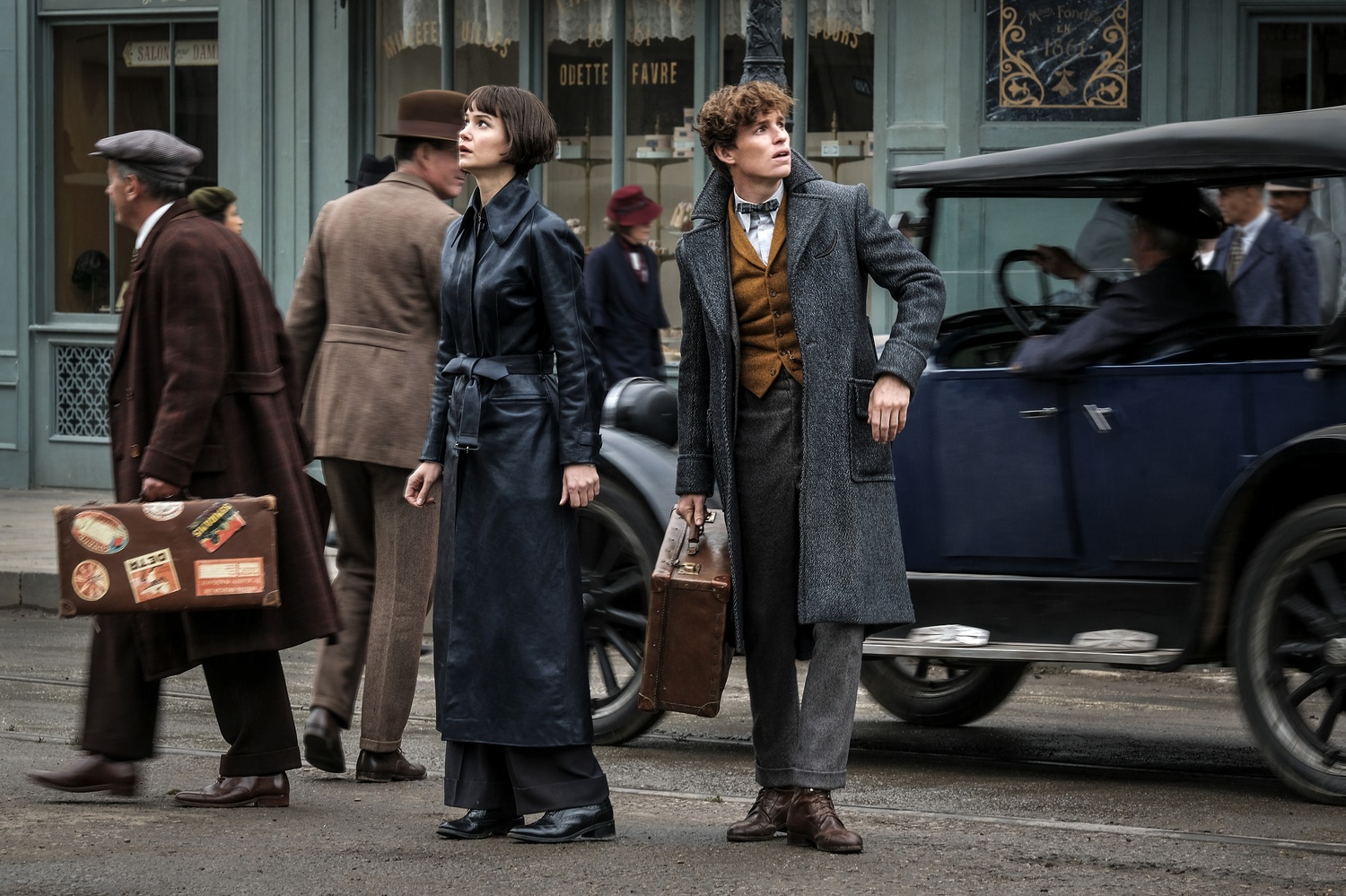 “The Crimes of Grindelwald,” the second installment in J.K. Rowling’s “Fantastic Beasts” series and prequel to the Harry Potter series, bears many delightful Easter eggs from the Potter universe: a spry and cheeky young Albus Dumbledore (Jude Law), a nostalgic visit to the Hogwarts Castle, and the hallowed Mirror of Erised, which reflects one’s deepest desire. The first film followed the unassuming hero Newt Scamander (Eddie Redmayne) through New York as he collected information for his forthcoming textbook on magical beasts, which effected the capture of the rogue wizard Gellert Grindelwald (Johnny Depp), and set the scene for a sequel.

But the film, despite its highly anticipated revelations, was also plagued with a non-insignificant amount of controversy. The revelation that the South Korean actress Claudia Kim would play Nagini, Voldemort’s pet snake and one of his Horcruxes (physical hosts for fragments of his soul that needed to be destroyed before Harry could vanquish him), sparked a firestorm of internet controversy among Harry Potter fanatics. Fans raised ethical concerns about killing Nagini if she had a residual human consciousness, and also worried that Kim would be siloed as the archetypal Asian dragon-lady. They called out Rowling’s half-hearted retrofitting of “woke” backstories to her characters, since she only revealed that Dumbledore is gay after releasing the last Harry Potter book. The potential problem, though, with a film that is heralded by so much press is that it can get summarily dismissed before it can be received with an open mind.

The sheer volume of detail that Rowling is able to conjure and build upon in the first place, despite the tight logic of the Harry Potter stories, is a feat in itself. It’s simply enjoyable to burrow into the details of her world, just as Newt’s niffler, a tittering, mischievous platypus-like creature leaps into piles of shiny trinkets. It might do one well to forget for a moment that the franchise is probably a ploy by the Rowling industrial complex to ensure the continued indulgence of Harry Potter fans and will likely become wearisome in its third iteration — which is promised by a cliffhanger — and to admire the sensuousness of Rowling’s magical spectacles.

“The Crimes of Grindelwald” picks up where the first film left off, although the focus is less on Newt and rather on a tangled web of untimely encounters, awkward reunions, and unexpected connections. The enigmatic opening scenes are rendered exquisitely through CGI and the plummeting thrill of the chariot chase that ensues can be experienced as viscerally as Harry Potter’s first ride in his flying Ford Anglia. Due to the damage that Newt wrought on his previous quest, the British Ministry of Magic threatens to discipline him with an international travel ban unless he joins their forces. Its ranks include his buttoned-up war-hero brother Theseus (Callum Turner), with whom the eccentric Newt has a complicated relationship, not least since Theseus became engaged to Leta Lestrange (Zoë Kravitz), Newt’s close but now-estranged friend from Hogwarts. However, duty calls when Grindelwald escapes from prison and starts in hot pursuit of Credence (Ezra Miller), a boy with supernatural powers, and Dumbledore appoints Newt to find him in Paris before Grindelwald can recruit him to his cause. Grindelwald plans to violently restore power to pure-blooded wizards over the non-magique (the French term for the non-magically gifted), who have systematically discriminated against wizards and have even instated laws that prohibit their inter-marriage. It seems that Rowling has reprised her affinity for quests as propulsive plot devices and for unwittingly powerful, soulful orphans as her centerpieces, as Credence had a tumultuous upbringing in loveless foster homes and embarks on a search for his birth mother and for the truth about his identity.

The J.K. Rowling imprimatur guarantees emotionally compelling storylines and complicated characters who nurse dark pasts, as is the case with basically every central character in this film. There is a lot, thematically and technically, that Rowling juggles somewhat clumsily as a screenwriter, compared to the relatively straightforward first film, which felt like a wondrous trolley ride that even made time for Newt to enact an erumpent (a rhino-elephant hybrid with a glowing horn) mating dance. Dumbledore makes a slapdash admission about his sexuality when he addresses his boyhood friendship with Grindelwald, distinguishing them as “closer than brothers.” This curt nod to Rowling’s momentous reveal is vexingly imprecise, hardly perceptible to the uninitiated as well as tackily on-the-nose to devout Harry Potter fans. Grindelwald’s fascist agenda is heavy-handedly redolent of the modern political climate, with his fear-mongering and claims to victimhood. When he declares, “The old ways serve us no longer,” he might as well distribute bumper stickers that read, “Make Wizards Great Again.” Rowling’s overindulgence in character exposition to the effect of a bloated plot manifests in a confusing digression where the characters nearly partake in a bloody family feud.

1920’s Paris, where most of the action takes place, has the romantically grungy aspect one would expect, and Newt’s menagerie of magical creatures, like a majestic kelp dragon and a giant cat with a sparkling mane, attest to Rowling’s peerless gift for world-building. Fussy fans aside, the stellar acting and Yates’s impressive stagecraft are enough to recommend the film. Kravitz is a perfectly mysterious, tortured Leta and Redmayne manages Newt’s bumbling yet charming indirections with ingenious expressiveness. It’s remarkable that Rowling’s constellation of characters coheres as well as it does; she creates real emotional resonances between their epic, intersecting histories in the same way she endeared millions to the sprawling, complex world of Harry Potter. Rowling goes the extra mile with this origin story, unleashing a deluge of details and bewildering plot-detours, but better that than vague, hand-wavy lore that might do injustice to her legendary characters.